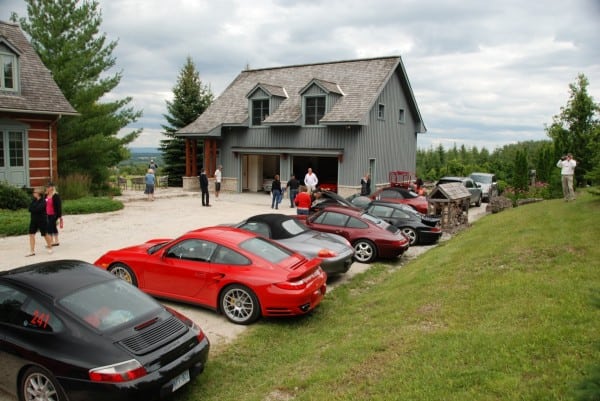 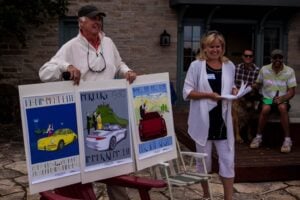 It only takes a moment to realize all Porsche owners are, by definition, art-lovers; just look at what we drive! I had registered for this Fun Run some months ago and was looking forward to a great day of motoring on all those curvaceous country roads between Kleinburg and Collingwood, with a lunch and the company of fellow members to enjoy. When I found out that the theme of the day was art, it was like the icing on the cake. I should have known Hazel de Burgh and Don Lewtas and their respective spouses would find a way to make this day even more special, and I was not disappointed.

The day began with an early drive to Kleinburg to meet the group and register shortly after 8:00am. We were presented with a folder containing a map, navigation instructions and a quiz in three parts. The first was cunningly formulated to get us to introduce ourselves to everyone we could, as it asked questions like “What drivers joined the club in 2012?” or “How many Boxsters are on this run?” (There was a stunning 2014 model, barely a month old!) The second part of the quiz asked us to keep our eyes peeled for various works of art, including banners, signs, statues etc, that we would find along the way, with photographs as helpful hints. 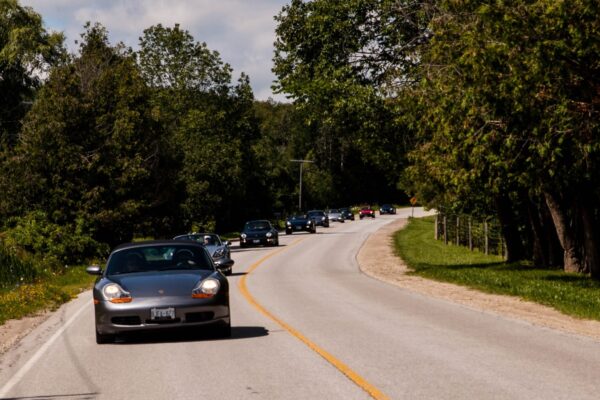 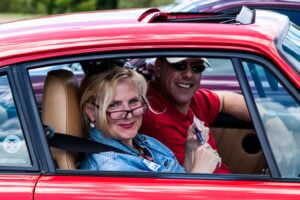 In the parking lot, Hazel and Don gave us the details on organizing the cars into two groups of twelve, driving with the emphasis on safety, where and how long we would stop etc. The distance of the route would be approximately 240km with an anticipated duration of about six hours, including about 3.5 hours of driving, two 15- to 20-minute rest stops in the morning, about 60 to 90 minutes for lunch (in Thornbury at about 1pm), and another 20-minute rest stop in the afternoon. Then we hit the road. I had a crackerjack navigator who kept me on track with precise instructions and frequent reminders to zero-out my odometer at every turn. I enjoyed the driving and she worked on the quiz between changes in direction.

If you’re wondering where the art appreciation came in, here it is: we visited no less than eight art galleries between Kleinburg and town of the Blue Mountains and that’s what the third part of the quiz addressed, with questions on which artists could be found where. Many local artists are represented in these establishments –wonderful paintings, sculptures and examples of eclectic art forms you likely wouldn’t find anywhere else.

To end the day, we congregated at the Lewtas and Mitton residence, with a beautiful view of Georgian Bay, for beverages, dessert, prizes and camaraderie. And what a wonderful day it was; many thanks to Hazel, Martin, Don and Barbara for all their hard work and generosity. It is volunteers like them that are the soul of UCR. 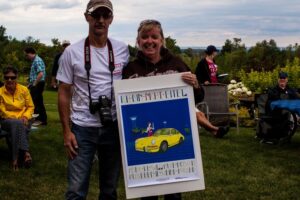 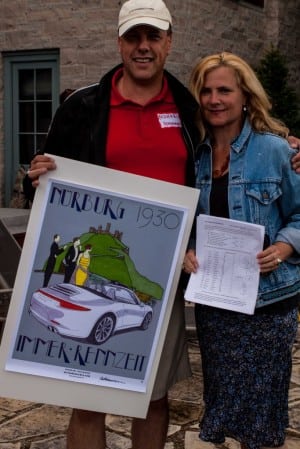 First place winners:
Michael Pohlmann & Veronica Low, with a score of 51 out of 55 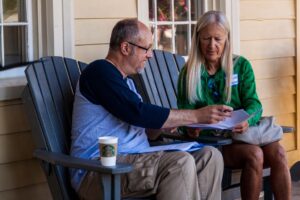 Garth Stiebel and navigator Helga Smolders work on the quiz.