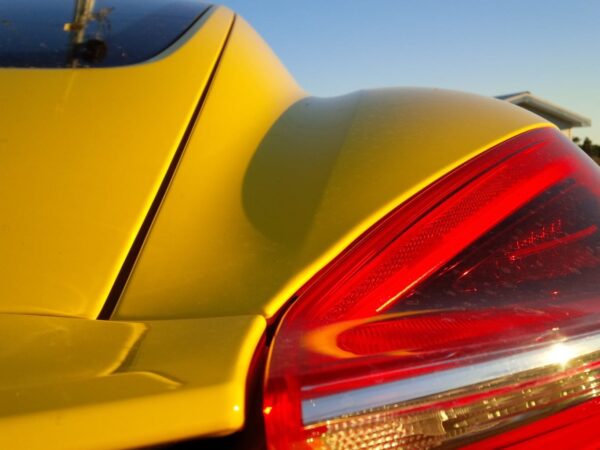 “This thing looks fast before you even turn the key.”

Looks can be deceiving, and in the case of the 2014 Cayman, they are, in a few ways. 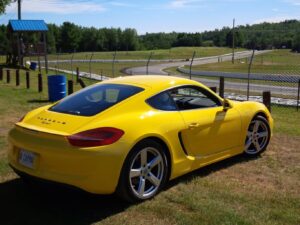 First, it looks like a small sports car. It’s not. The thing dwarfed an old Jeep Cherokee it was parked beside in my driveway. It’s longer and beamier. As with its 991 big brother, the new Cayman has grown.

Second, because it has no back seat, one assumes the car cannot carry much. Not so. I took it for a weekend away and was able to stow in the front hatch: a three-man tent, sleeping bag, driving helmet, race suit, boots etc, folding chair, running shoes, a full-size pillow, my GoPro camera and kit and my lunch. In the rear hatch went my camping mattress, duffel bag and laptop. This is impressive cargo capacity, ample for a weekend getaway or roadtrip. You will need packing skills; I credit my years of sea kayaking with my ability to nestle everything in correctly, but still, I was impressed with the Cayman’s capacity. 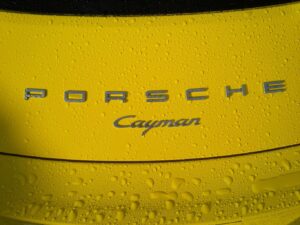 Ok, so now that we’re packed, let’s take it on the road.  With 275hp, the base Cayman is no powerhouse. It is smooth and responsive, as you would expect, but it doesn’t have that kick-in-the-butt explosiveness of a 911 (and I don’t think it was because of the load in the trunks). However, what it may lack in raw torque, it makes up for in handling. The steering is precise and light, and the car goes exactly where you put it without discernible over or understeer. It really does feel perfectly balanced. The suspension is absorbent, even a tiny bit soft, which combined with the superb sports seats, makes the ride comfortable. If I had a comment to make to Porsche, I’d ask about the rather obtrusive mechanical sounds produced when shifting gears. Especially when shifting from neutral to first, there is a fairly loud noise produced by the transmission. It’s one of the few places where this car seems to lack refinement. 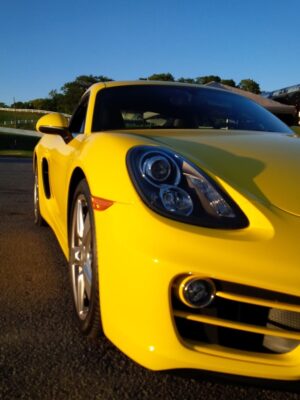 The other that I noted in my week-long test, was the steering wheel. It’s far too big for the car. It felt awkward for the entire time; it wasn’t one of those things you get used to and forget about. The rest of the interior is well organized. There are flip down door pockets, a proper glove box, and a bit of space on the rear deck. Controls are well-placed, standard Porsche. This base model came with no Navi, no aux jack or Bluetooth streaming, so it was a week devoted to listening to the lovely engine note.

The 2014 Cayman is a moderately fast car, with superb handling, and awesome looks. In Speed Yellow it earned the most compliments of any car I’ve driven lately, Porsche or other brand. If you are looking for a great sports car, that’s good value and really fun to drive, I would recommend this Cayman. If you want something faster, please watch this space; a review of the Cayman S is planned for the Fall. 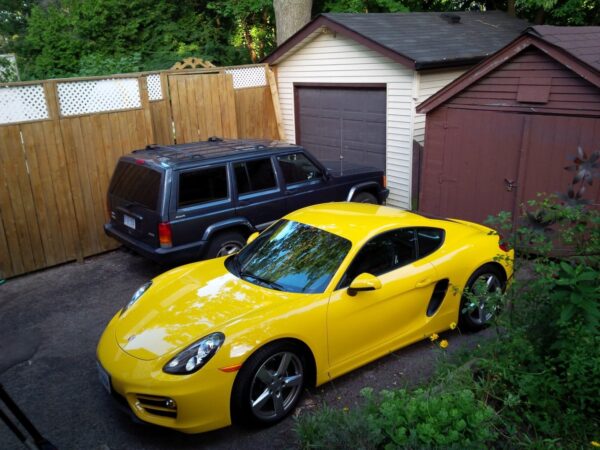