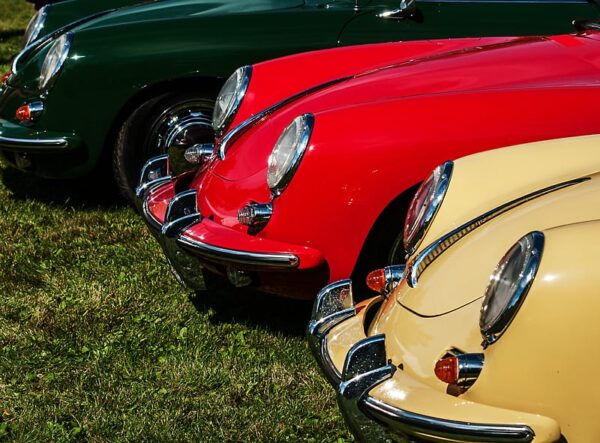 We have gone full circle over the past five years. The then-newly minted Concours committee comprising me, Kye Wankum and Richard Shepard started on a cool and cloudy day in the spring of 2010 on the grounds of Legendary Motorcar. Somehow we pulled it off and by two o’clock the field emptied as raindrops started to fall on all those painstakingly waxed and polished cars. 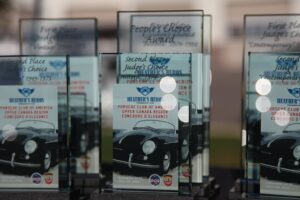 2011 took us east to the then-Mosport track grounds integrating a “track day” with the Concours. It was windy and cold but fun nonetheless and the track and the Concours groups mixed nicely. Some cars came right from their track runs, parked and went back to the track with trophies!

After that, all we wanted was a good weather day. We were finally blessed with a fine day at Appleby College in 2012, albeit on the rain date. We had our best attendance ever, with over 70 cars on display. The following year, we were challenged by the number of car events during the spring, the traditional time for our Concours. We decided on a fall date and at a new venue high up on the escarpment at Moser’s Grill. The sun decided to stay with us all day and made all the cars look their very best. 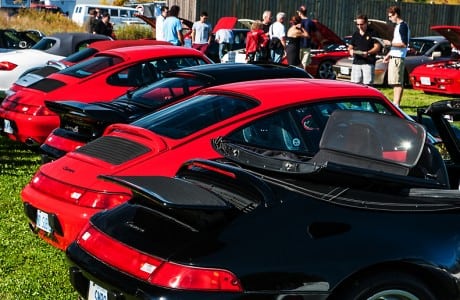 That year we introduced the new “Concours Judged Category” in addition to the perennial “Peer Judged” and “People’s Choice” categories. Thanks to the contribution of a team of amazing volunteers, it was a tremendous success, which we carried into this year’s event, which took place right where we started at Legendary Motorcar.

Every year, we asked for and received helpful comments and suggestions from participants and spectators. We did our best to listen to the membership feedback and craft a better event each year. Our thanks go out to all of you not only for participating but helping us to continuously improve the event. 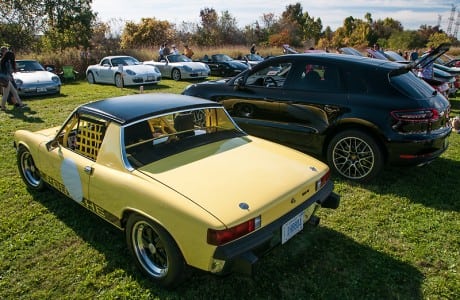 This year, it was so encouraging to have so many participants attend, and to also have virtually all classes represented, with excellent examples in each. We expanded the class range to 21 from the original 18 in order to better represent the 944s and 968s, and of course we had to add the newly introduced model classes.

There was much to see and admire and a good level of competition from the 356 group to the contemporary Porsche creations. 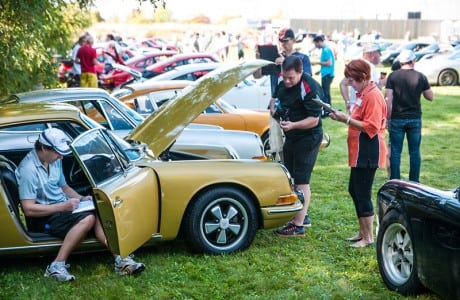 I am sure early 911 owners were especially happy to know that their cars continue to appreciate in value. Also, affordable pricing for 996 cars seems to have attracted new By Chris Ralphs, UCR Concours Co-Chair enthusiasts to the club! 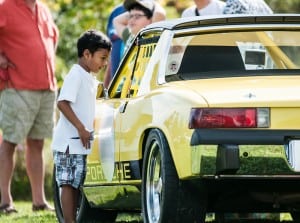 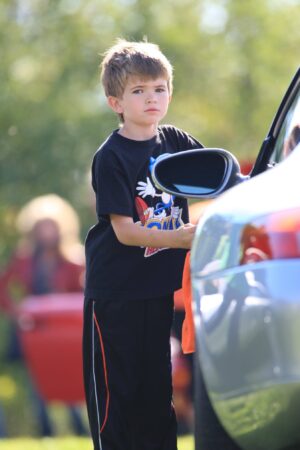 Bruce Farrow, who ran the “Concours Judged” category, along with his team, had a manageable dozen properly prepared cars to evaluate. There were winners and runners up in each of the three categories, Vintage, Historic and Contemporary. Marvin Ungerman swept first place in the Vintage category with his 1964 356 C Cabriolet. Michael Pohlmann took the Historic win with his 1989 911. A well-prepared 2011 997 gave Charlie Tavormina the trophy in the Contemporary category. 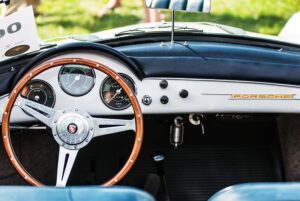 Our thanks goes out to all our sponsors, and especially our title sponsor—Doug Kurtin’s “Heather’s Heroes” cancer charity. A big thanks to all: Harmony Printing, DentDoctor, Auguste Automobile Service, Lant Insurance Brokers, StoneRidge Insurance Brokers and Road/Show Automotive Appraisals. 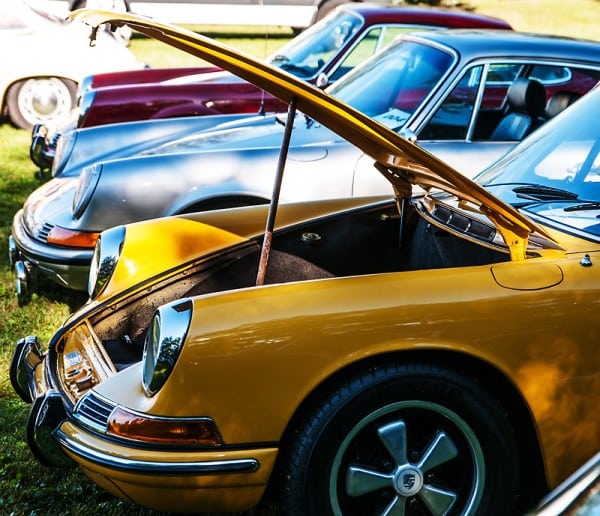 In addition to hosting this year’s event, Legendary Motorcar kindly opened the doors to their magnificent showroom. Rob Scott, their enthusiastic Marketing Manager, arranged tours throughout the day. 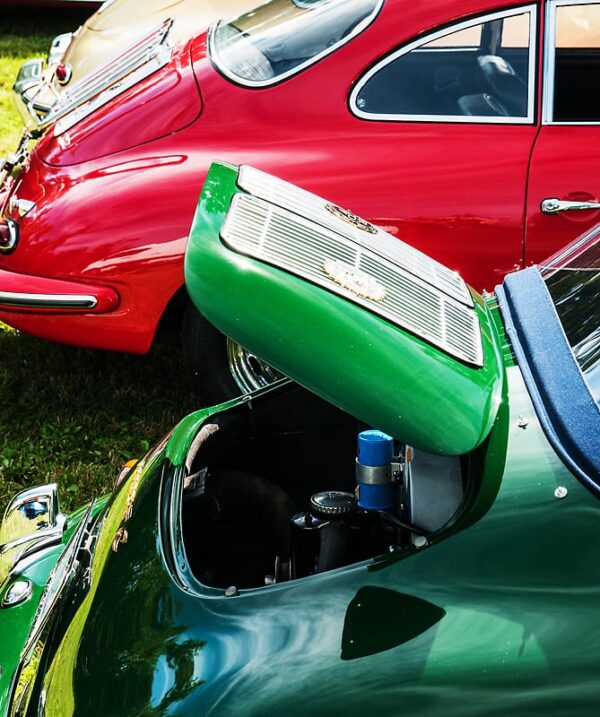 Our special thanks goes out to our dedicated volunteers, David and Ann Forbes and our “Concours” judging crew, Bruce Farrow, John Adam, Rosemary Adam, Danny Kroll, Doug Kemp and Jordan Kemp. Mike Bryan was on hand to represent the Board and was “hands on” with me at the registration desk all morning helping to keep the event on track while Kye and Richard ensured all drivers found their way to their respective class groups on the field. 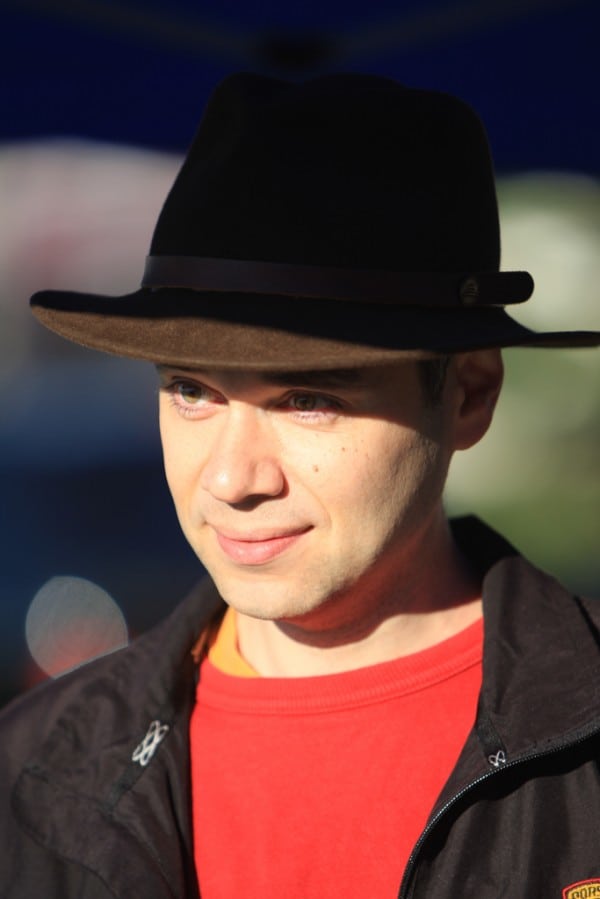 On behalf of the Concours committee, I would like to express our most sincere thanks to all those participants, sponsors, volunteers and spectators who helped make the event such a success and so much fun over the past five years. 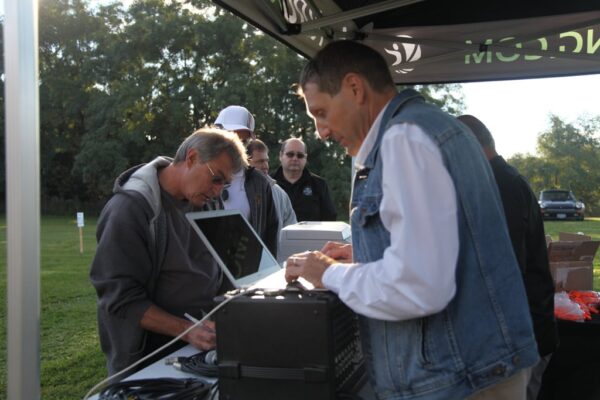 We will be passing the torch to a new committee after a great five-year run. We hope to see the PCA UCR Concours event continue well into the future with growing support each year.