As usual for October’s final DE of the year, the weather offered a few challenges for drivers at CTMP’s big track this year.

But these great pictures by Provinz Photographers Michael A. Coates and Mackenzie Katzel showed that nothing stops a UCR driver from having fun. 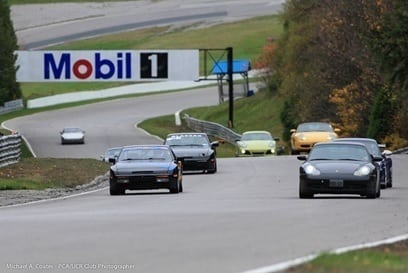