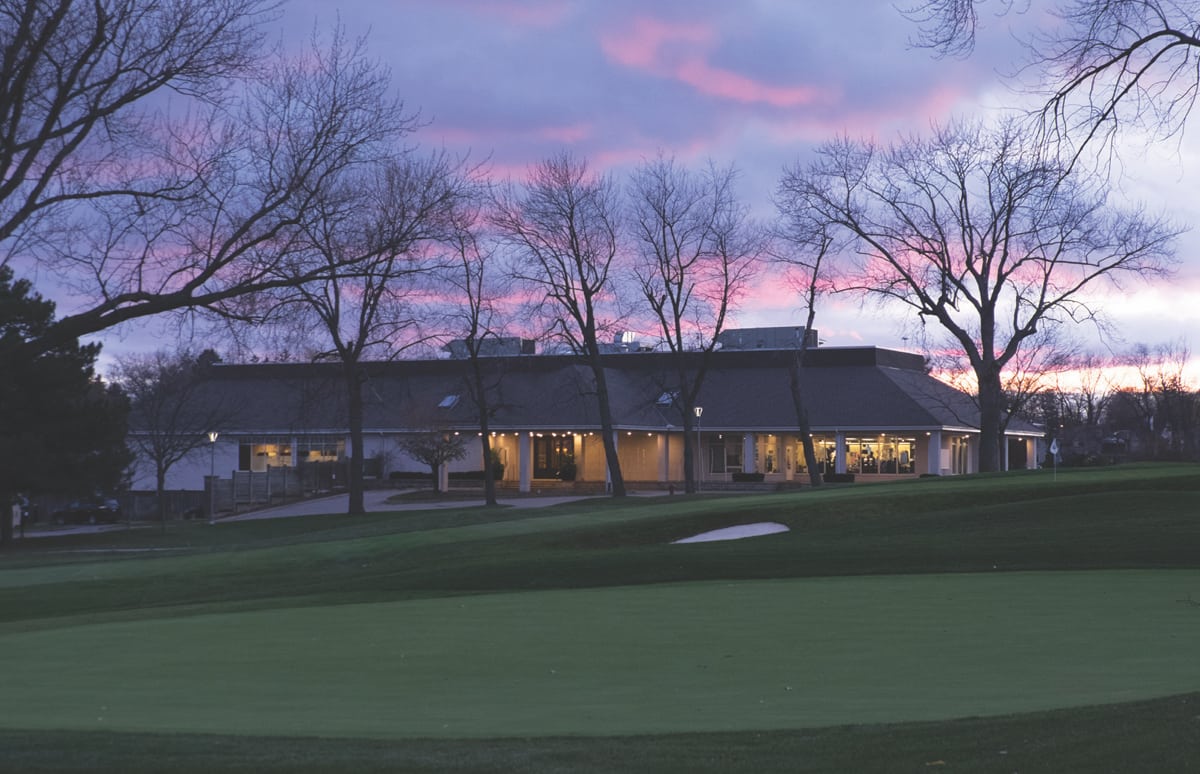 The 2015 UCR Annual Banquet was held at the Islington Golf Club on Saturday, November 24 and drew a record attendance of 170 members and guests.  Attendees were greeted by a white Boxster Spyder (courtesy of Porsche Cars Canada), a yellow Cayman GT4 (courtesy of Gregory Sin, UCR member) and a silver Cayman GT4 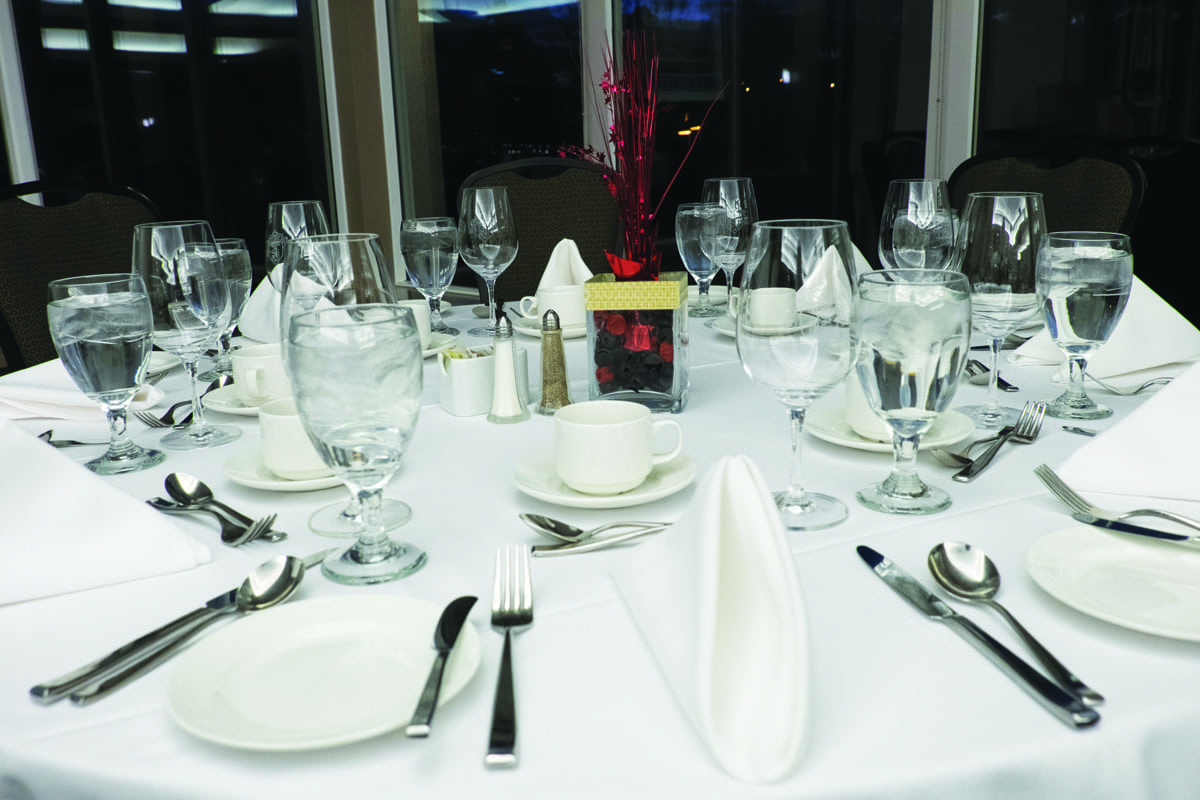 (courtesy of Anthony Wong, UCR member), all on display outside the club house. Our two special guests were PCA National President, Caren Cooper, who joined us from Austin, Texas, and Kees Nierop, Porsche factory driver and certified Porsche instructor, who joined us from Kelowna, British Columbia, as keynote speaker.

The banquet began with opening remarks by UCR President Mike Bryan. Mike thanked all the volunteers for their time and selfless efforts and for contributing to UCR’s successes, including record-breaking participation at almost all our events in 2015. We had 300+ members and non-members at Shift-into-Spring (aka “Open House”), 900+ registrations at six Drivers Education (“DE”) events and three Introductory Driving School (“IDS”) events, a sellout for every Autocross event, 460 cars (900+ registrations) in 15 Fun Runs/ Rambles/Tours, 80+ attendees at most of our Socials, and 92 beautiful Porsches at our Concours d’Elegance.

• The “driven2smile” event in June at Canadian Tire Motorsport Park (“CTMP”) was organized by Jill Clements-Baartman and Del Bruce. More than 90 UCR instructors and members gave rides to over 400 physically-challenged children and their families, and hosted a lunch for them.

• In September, our “Hearth Place Fun Run and Show & Shine” was organized by Fun Run Chair David Forbes. Hosted by the Hearth Place Cancer Support Centre in Oshawa, the tour of their facility helped raise awareness of the valuable work they do in providing care for cancer sufferers and their families in Durham Region and beyond. Separately, at three DE events at CTMP this past season, DE Chair Dave Osborne orga­nized UCR DE instructors and members in providing lunch-time rides to young children with cancer.

• UCR teamed up with the BMW Trillium Club to deliver two of the largest Street Survival School events in North America, the first in May and the second in September. UCR representatives Mario Marrello and Hazel de Burgh brought out more than 50 UCR DE instructors and helpers at each event, and provided nearly 100 young people the opportunity to develop car control techniques and learn the limits of their cars and their skill.

Thanking the 2015 UCR Board for its great work during the past year, Mike acknowledged the five Board members who are stepping down, namely Jill Clements-Baartman, Mike Edmonds, Sencer Erkaya, Robert Moniz and Mick Oliveira. He then announced the 2016 UCR Board that was to take office on December 1st. Mike Bryan will remain as President, Kathleen Wong will remain as Vice President, Michael Pohlmann will be our new Treasurer, Foster Zanutto will be our new Secretary and Walter Murray will remain as Past President. Peter Oakes is stepping down as Treasurer but will remain on the Board as a Director, along with a returning Hazel de Burgh and three new Directors: Tom Arndt, Mark Holman and Gregory Sachs.

In 2015, UCR received some very special awards from PCA at the 60th Porsche Parade in French Lick, Indiana, in respect of our 2014 achievements. UCR took home four awards:

• 1st place as PCA Region of the Year (The Ferry Porsche Trophy was named in honor of the late Dr. Ferdinand “Ferry” Porsche and was first presented at Parade in 1961);

UCR is the largest of PCA’s Regions, with 2,550 primary members (plus 1,278 affiliate members for a total of 3,828 members) as of the end of October 2015. The number of primary members had increased by 888, i.e. +53% since the end of 2010. That growth has been helped by Downtown Porsche and Porsche of London, who have been giving their customers free first-year UCR memberships with vehicle pur­chase, but our team of volunteers have played a critical role in engaging those new members and giving them reason to renew. Mike also acknowledged the dealer representatives present at the banquet—Laurance Yap of Pfaff Porsche and David Perruzza of Porsche Centre Oakville—and thanked them for the continued support.

Mike welcomed Alexander Schildt and Kathrin Menge of Porsche Cars Canada and thanked them for provid­ing the new Boxster Spyder on display at our banquet. Porsche has demon­strated strong growth in Canada with sales for the first 10 months of 2015 increasing by 32% to a record 5,513 vehicles. The company recently broke ground at the northeast corner of Highways 404 & 401, soon to be home to a 60,000 sq. ft. building that will house a new corporate HQ, a full service dealership, and Porsche’s first training centre in Canada.

Following the banquet’s first course of honey-roasted butternut squash soup, Mike acknowledged Gerd Schwarzkopf, who has been a PCA member for 49 years, first with Niagara Region and then with UCR after it received its charter in 1976. In 2015, we had 231 members who’ve been part of the UCR family for 5, 10, 15, 20, or subsequent five-year milestones. Mike presented certificates of appreciation to the 19 of those long-time UCR members who were present at the banquet.

The five previously mentioned outgoing directors and event chairs were then called up to receive awards for their contribution during the past several years.

Next, Mike took great pleasure in announcing Ted Youngs as UCR 2015 “Enthusiast of the Year”. After buying a Boxster in 2013, Ted joined UCR and got involved. The fact that he’s 85 years old and hearing impaired didn’t deter him from participating in many club events in 2015, including almost every Monthly Social, Open House, Porscheplatz and Porsche Parade in French Lick, Indiana. A highlight of the year was participation in the Mobil 1 Time-Speed-Distance Rally at Parade. Given Ted’s hearing impairment, he and his navigator, Mary Ellen Duncan, had to develop a novel approach to communication: Mary Ellen wrote abbrevi­ated instructions on Post-It Notes and stuck them onto Ted’s steering wheel. The notes included simple hand signals for “stop, go, slow down, turn left” and so on. The pair scored pretty well at the rally.

After members had enjoyed their delicious Bourbon Vanilla Crème Brûlée dessert, Mike Bryan introduced Caren Cooper, PCA National President. Caren joined PCA in 1996 and served as National Vice President, National Secretary and Zone 5 Representative prior to taking on the role of National President. At the Regional level, she served as Hill Country Region Presi­dent, Vice President, and Club Race Chair. She has also been involved as a PCA club racer and DE instructor. At Parades, she volunteers as a Concours judge, as a member of the Autocross grid team, and at registration for Tech Academy. Professionally, Caren has a Ph.D. in Psychology and, in addition to clinical work and univer­sity teaching for more than 25 years, she is an indepen­dent consultant providing organizational management education and training.

Caren told us that of the 600 Porsche Clubs around the world, PCA is the largest. It is also the largest single-marque car club in the world. PCA has grown to nearly 120,000 members (primary and affiliate) since it was founded 60 years ago. Caren congratulated UCR for achieving podium position as the largest of PCA’s 144 Regions. She reminded us that PCA is a member-owned, non-profit organization, with its growth fuelled purely by volunteers. She encouraged more members to become volunteers to help spread the workload and reduce the burden on our leaders. Caren closed her speech by promoting 2016 Porsche Parade, which will take place at Jay Peak Resort in Vermont. Mike Bryan thanked Caren by presenting her a mini high tech wal­let bearing the UCR logo.

Mike then introduced our keynote speaker, Kees Nierop. Kees is a professional race car driver and has been promoting Porsches for 30 years. He is most noted for winning the 1983 12 Hours of Sebring race, driving a Porsche 934, and for capturing the Rothmans Porsche 944 Championship in 1986, competing against names like Scott Goodyear, Richard Spenard, Bill Adam, Rick Bye, and Paul Tracy. Kees was a Porsche factory driver at Le Mans and also at Daytona, driving the racing version of the legendary Porsche 959. Kees is credited with being the only Canadian to have his name on a Porsche factory race car displayed in the Porsche Museum located in Stuttgart. Kees retired in 2011 from competitive racing and has been a full-time certified Porsche instructor at Porsche Sport Driv­ing School, Porsche Cars North America and Porsche Canada events. Kees has also been involved in Porsche Camp4 and Camp4S programs at Mecaglisse, Quebec since 2012.

Kees then gave us some tips on how to go fast. He said that the three key words are “relax”, “weight” and “vi­sion”. In order to drive fast, the driver has to relax, feel the weight of the car and look far ahead when driving.

Kees also told us an amazing story about his experi­ence in 2007 driving a Cayenne as the Canadian entry in the TransSyberia Rally. The TransSyberia Rally is a 7,200 km off-road, two week, live-in-a-tent, race from Moscow to Ulaanbataar in Mongolia. Kees’ co-driver/ navigator was Laurance Yap, who at that time was a writer for Toronto Star’s “Wheels” section. Driving through Mongolia, they were running in the top 10. As they drove towards the crest of a hill in the middle of the Gobi desert, Kees eased onto the Cayenne’s brakes, expecting to drive down the other side. But the ground just dropped away underneath them. All four wheels left the ground, leaving Kees and Laurance holding on in mid-air before the front-left corner of the Cayenne dug into the ground and the front windshield totally shat­tered. There were car parts everywhere, land­ing metres away from the Cayenne—the front wheel, the headlight and the engine. This massive crash ended up providing great public­ity for both Kees and Laurance, because they walked away uninjured from a totally destroyed Cayenne. (You can see a video clip of this on YouTube, “Porsche Cayenne TransSyberia Crash 2007” https://www.youtube.com/watch?v=RT04dQGiRK8 ).

We sincerely thank the fol­lowing volunteers for making our banquet a success: John and Rosemary Adam, our banquet consultants; Mario Marrello for helping with clubregistra­tion.net; Renate Weidner for designing the beautiful table centrepieces; Christine Renate, Caroline Bourret, and Caren Cooper for helping at the regis­tration desk; and Michael Coates (UCR photographer) for putting together the slideshow in the ballroom and taking pictures throughout the evening.

Previous articlePCA ADOPTS THE 944 CUP RACE SERIES:  A New Era for the Production 944
Next articleDECEMBER SOCIAL: Our Holiday Social at Pfaff Porsche

My Annual P-Car Spring Fling: What’s not to love?