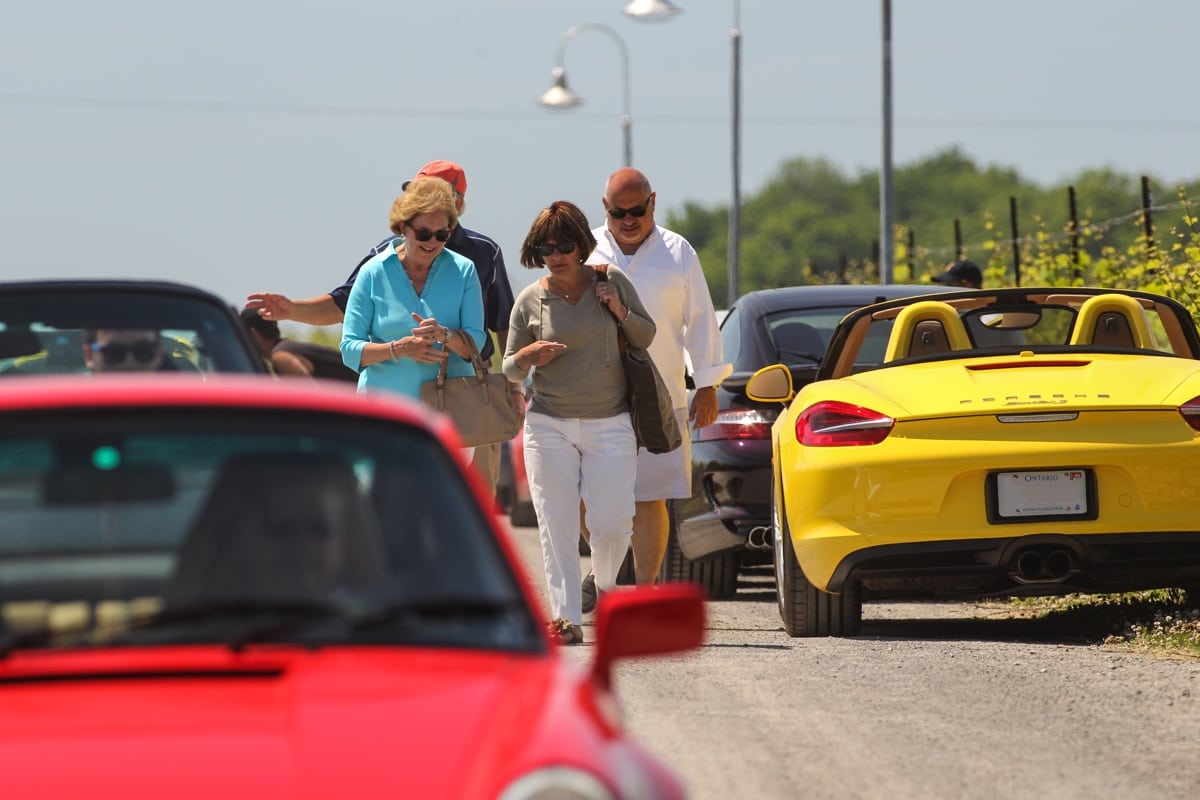 The weather forecast called for a sunny, hot summer day. And luckily, it did not disappoint!

Father’s Day weekend marked the 6th annual Bear Manor Poker Fun Run, hosted by Vaughn and Jennifer Warrington. A total of 45 cars joined in on the fun – from first time attendees to 6th year veterans. Me? This was my first event, in my first year as a PCA UCR member, and not to mention, my first year as the Fun Run co-chair volunteer.

The drive into the Niagara region was, thankfully, uneventful. Since I was driving in from downtown Toronto, it was a rare weekend where the Gardiner Expressway wasn’t closed for some sort of major event, construction, or accident. I picked up my co-pilot in Mississauga, and we were on our way to the meeting point!

We arrived at the meeting point shortly after 9:30. Armed with a cup of coffee and sunscreen, we wandered around to admire all the Porsches that showed up; ranging from a 912 to a 991 GT3. All the cars were divided into 3 groups. Group 1 and 2 soon left to begin their Fun Run after the safety meeting and the first pair of cards for the poker run were dealt. Being part of the third group meant that I could listen to the medley of engines and exhausts as the Porsches roared off. 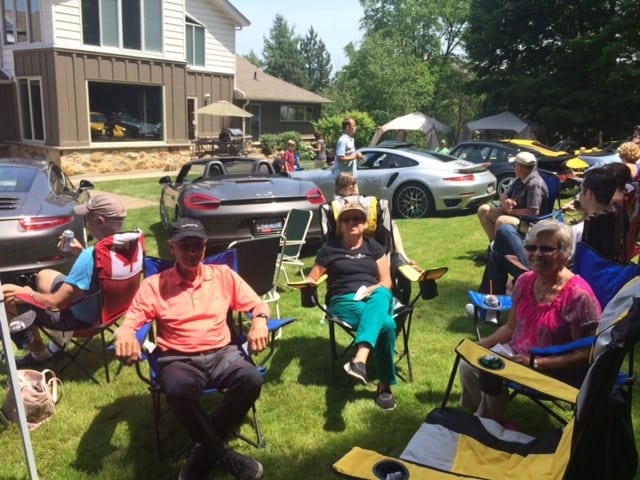 Mark Kalin and his 2 sons, Walker and Nate, led the third group of cars. They did an amazing job making sure no one was left behind on the small twisted roads leading to Flat Rock Cellar. Having 2 yellow Porsches to round out the end of the group might have helped! Taking the scenic route through the wineries was a great experience – not to mention, I now have a mental list of wineries that I need to revisit!

Flat Rock Cellar did an excellent job hosting our club, and I’m sure everyone enjoyed their wine tasting. Some of us even caught a glimpse of Patrick Chan, the Olympic figure skater, promoting his ice wine! Even for the non-alcoholic folks, the winery was a great place to take in all the fresh air and scenery. After a relaxing pit stop, we continued our scenic drive to Bear Manor, where a fabulous lunch spread was waiting for us.

The Fun Run was well organized and executed. I’m sure I speak on behalf of everyone when I say, “Thanks, Vaughn and Jennifer!” It couldn’t have happened without the team leaders – Stewart and Madison McKinney from Group 1, Gerry and Marilyn Cornwell from Group 2, and the Kalin’s – Mark, Walker, and Nate of Group 3. 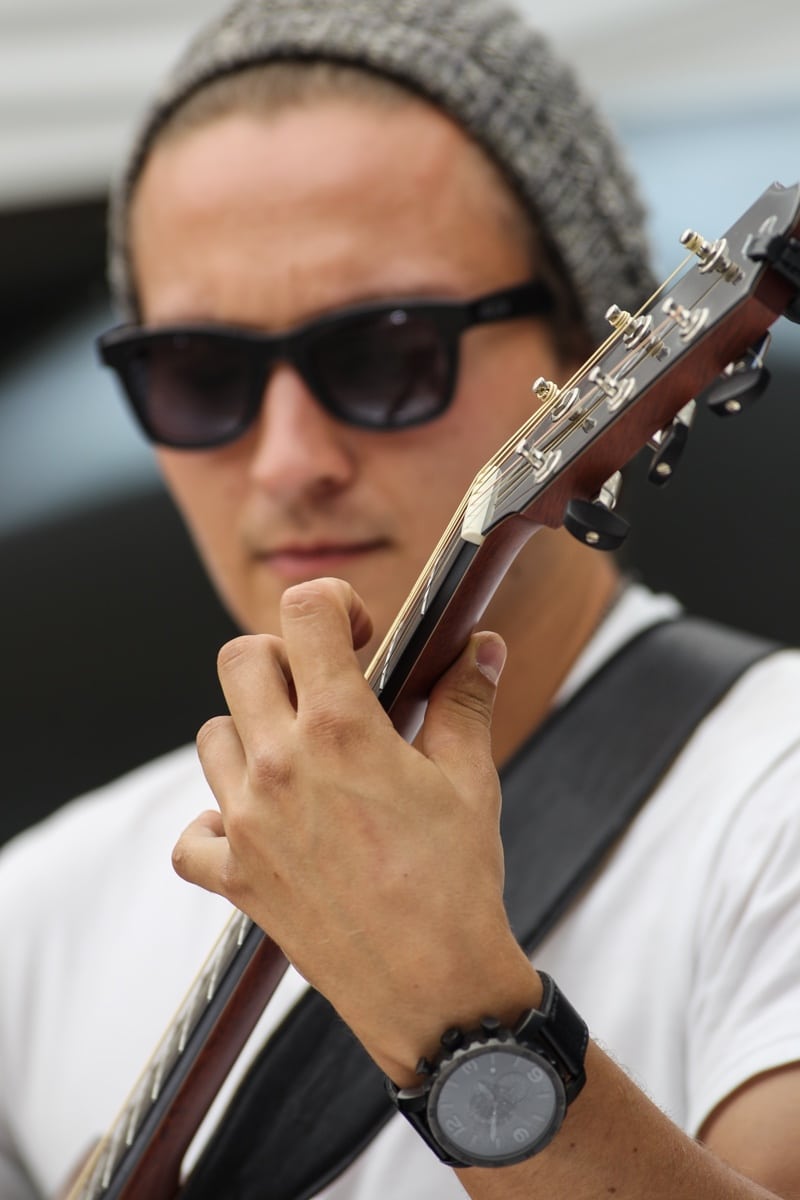 Oh, an interesting story to that 1968 912 I was admiring earlier that morning. There’s beauty to be found in older, simpler, pre-ECU technology. The owner, Ry Smith, was getting ready to leave after the great day, but couldn’t get the car started. He was going to hot wire it, but realized there was a broken wire in the ignition coil.  Luckily, Vaughn had the connector and crimping tool on hand, and the 912 was back in business within 15 minutes!

There really is no better way to spend a Saturday morning, than with 45 other Porsches driving through twisted roads, a little bit of wine, and some poker excitement. Topped off with an impressive buffet-style lunch, while sitting in the shade with a slight breeze, and listening to a live concert featuring Vaughn and his team as the warm-up act for fingerstyle guitarist Calum Graham. Life doesn’t really get better!