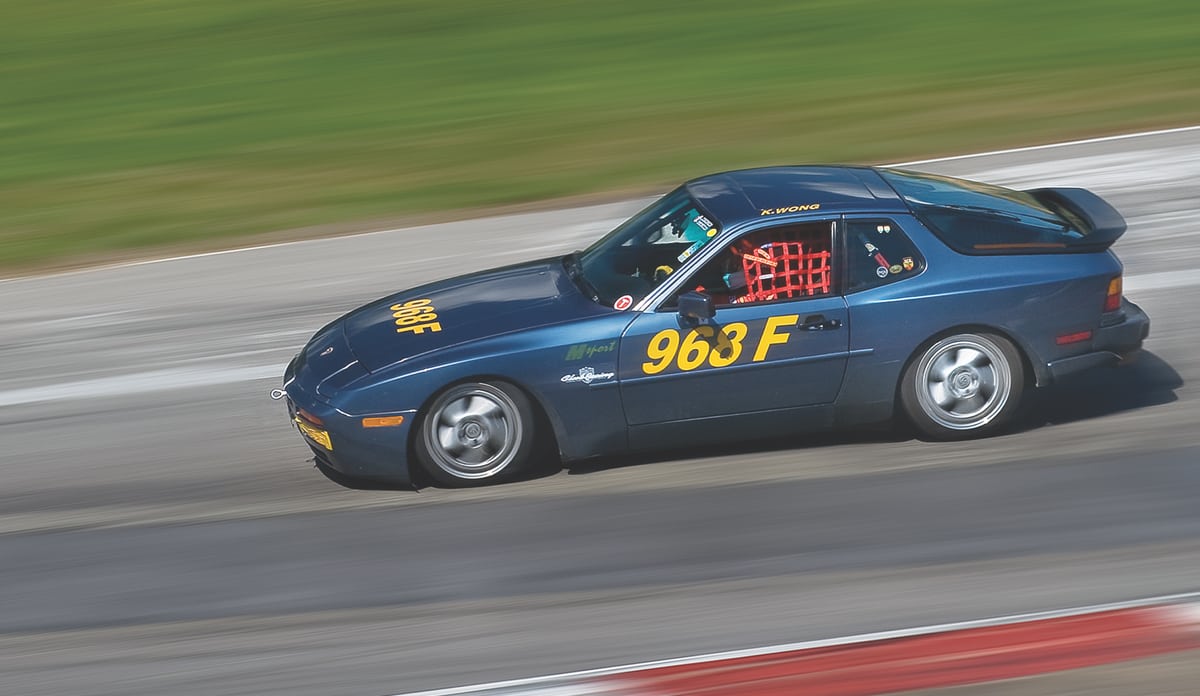 The first sanctioned PCA Upper Canada Region Club Race took place at Mosport in 1996. The 2016 Can/ Am Challenge Club Race was the 21st running of our race at the same exciting track, Canadian Tire Motors­port Park (“CTMP“ or Mosport) from August 5th to 7th.

I have been participating in the UCR Drivers’ Educa­tion (“DE”) program since 1998. Dave Osborne (DE Track Chair), Del Bruce (Worker Assignment) and Stephen Goodbody (Chief Instructor) have built a first-class DE program and I have witnessed how the program has evolved over the last 18 years. Almost every single DE event was sold out during the last several years. This is a true testament to the hard work and dedication of the track team and volunteers, and the enthusiasm of the DE partici­pants who show their commitment to the event every year. And, huge kudos to the legion of UCR volunteer instruc­tors who work tirelessly to help students develop advanced driving skills.

Being a race car driver was one of my childhood dreams.  The DE program was a great stepping stone for me to get into PCA Club Racing. After I had done DE for 10 years, I bought a 1989 944 Turbo S and turned it into a race car. I received my PCA Club Racing license in 2008 and participated in the Can/Am Challenge Club Race at Mosport ev­ery year since then. And I use the DE weekends to practice for this major event of the year. 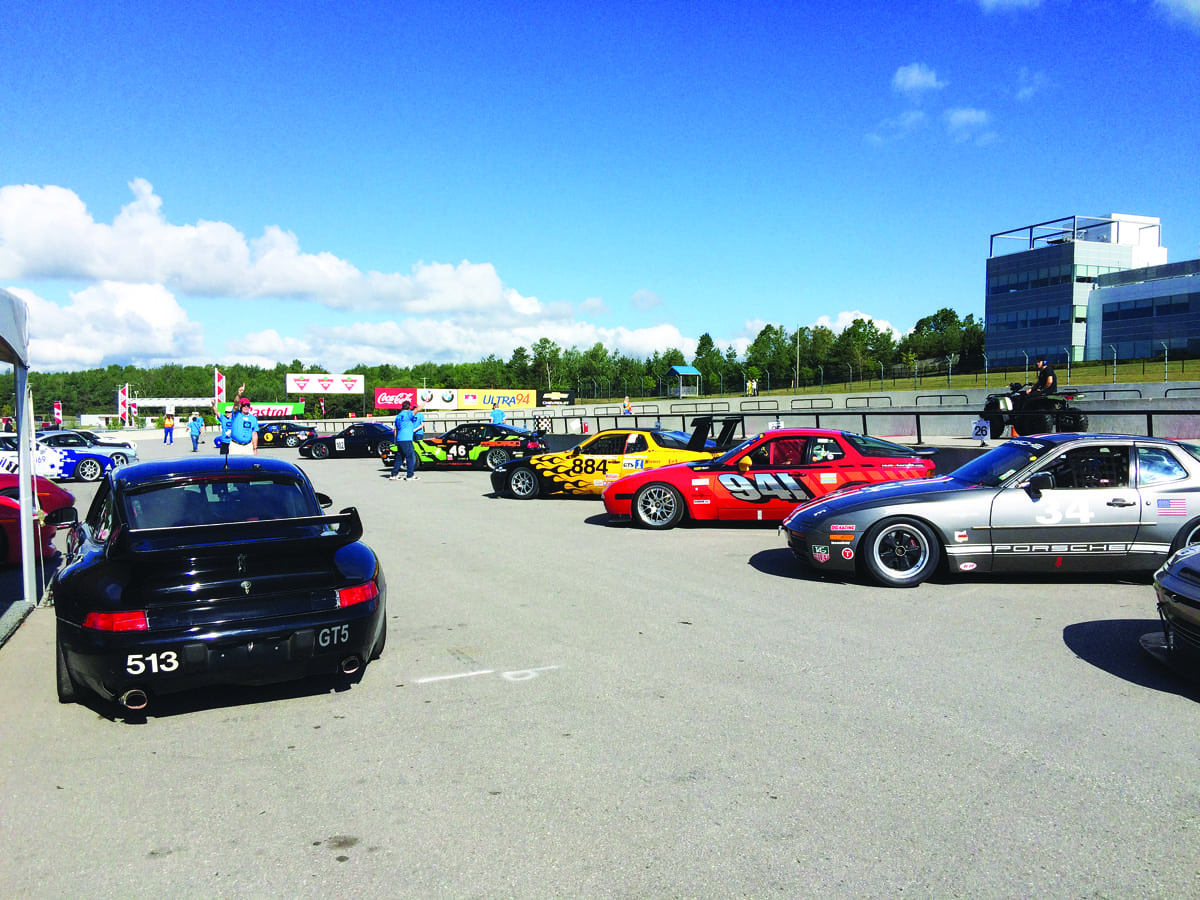 Frankly speaking, I am one of the slowest cars at the back of the pack and I have never been on the podium. So, I always get the following question from my friends: Why do you spend so much money maintaining your race car every year and participate in a race that you will never win?

This is my long answer to them:

“It’s all about the club racing experience. At the rolling start of a race, adrenaline is pumping through my veins when I am in the pack with other 40+ ‘angry’ racers revving our engines before roaring down the front straight of Mosport when the green flag is waved. It’s exhilarating. Especially when my car and another car are going side-by-side, prob­ably about a door handle distance from each other, at high speed going through Corner 1. 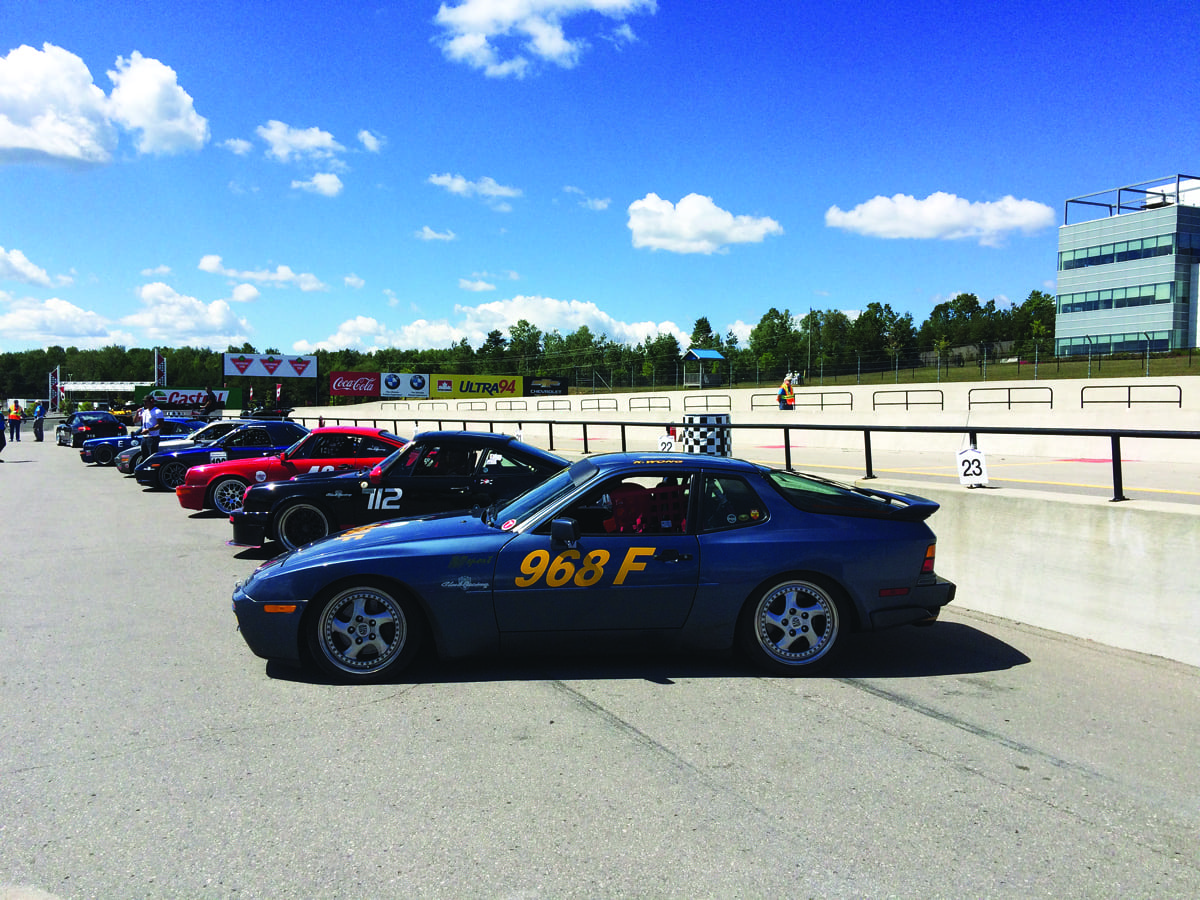 Then, it depends on who gets the inside line of Corner 2, which is my favourite corner – a blind, high-speed, down­hill, double apex, off-camber corner with an elevation drop of 45 feet. I always try to protect my turf at Corner 2 and hold onto the inside line, ensuring my fellow racer still has enough room to be hanging on the outside line such that we can drive down Corner 2 side-by-side.

This is the excitement of club racing and the challenge is to take that beast to the limit but still have control of it at the end of a race. To be able to finish all my races during a race weekend is sufficient accomplishment for me.

The PCA Club Race is a very well run event and I feel very safe racing on track because all our racers have the utmost respect for each other. Even though we are racing hard out there, we are all friends at the end of the day. And, we all enjoy the camaraderie and competition of pure club racing. There is no prize money for winners in a PCA Club Race and the best reward is that both the driver and the race car go home in the same condition as before the race weekend.”

Bruce Boeder, PCA National Steward and a PCA Club Racer since 1992, was at the 2016 Can/Am Challenge Club Race. At the orientation meeting he gave the following tips to rookie racers:

A: Awareness – Be aware of what is going on around you. Watch the flags.

E: Something in hand at all times. In other words, don’t drive at the ragged edge.

If you are curious about how I did at 2016 Can/Am Challenge Club Race, here is my “achievement” over the weekend: I raced in stock class “F”, which is one of the classes with the most number of cars. I know I will never get on the podium, so my goal at every PCA Club Race is to improve my best lap time by one second. The key in rac­ing is lap time consistency, meaning that you have to be as fast as possible in every corner, on every straight, in every lap, in every session on track. So my “achievement” over the weekend was that I attained consistent lap times except during Practice 3/Qualifying session.

I am a petite woman that weighs about 95 lbs., so I thought I would have a huge advantage over my fellow rac­ers. However, I weighed my car after the race and learned that my car must be “obese” because together, we are 150lb over the minimum weight permitted by PCA Club Rac­ing rules. Power-to-weight ratio is critical to achieve best cornering and braking performance. So, at 95lbs, my best option is to find ways of shaving off some weight from my 944 Turbo S to reduce my lap time by one second! 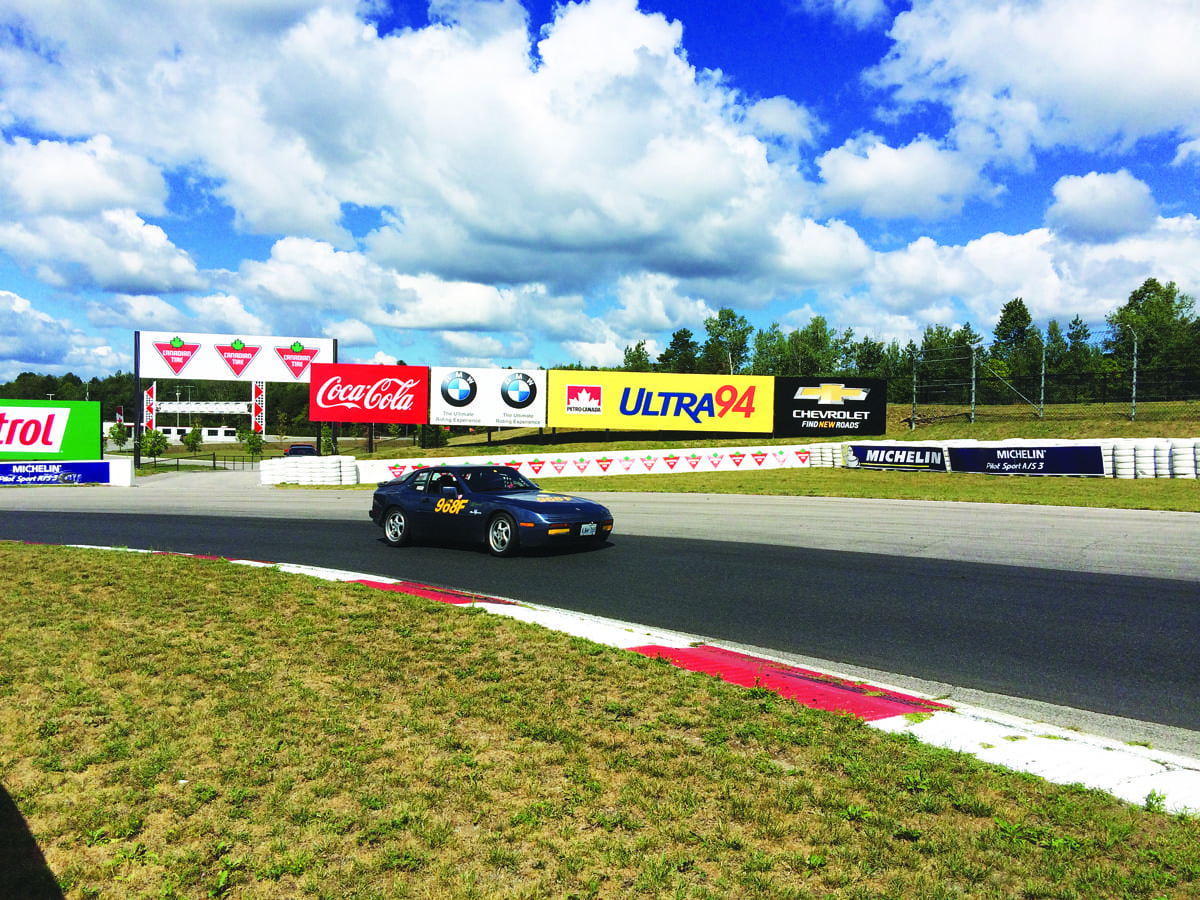 See attached link for the video made by the son of Roy Tam, who was a rookie racer at 2016 Can/Am Challenge Club Race. Roy received his PCA Club Race license that weekend and his son, Ryan Tam (and his friends from school) made the video about Roy’s first PCA club race experience at Mosport.

Name of Rookie Candidates who attended the OM

Name of Rookie Candidate listed but not showing at all

Names of Provisional Candidates who attended the OM

Names of Participants who attended the OM by request

Number of Single Car Incidents with no penalty – 4

Number of Mechanical Incidents with No Penalty – 0

Number of Incidents being investigated – 0

Potential Improvements for Next Year:

A well run event that needs nothing other than more participants.

Very effectively run event. To the person, all of the volun­teers understood their individual responsibilities and carried them out flawlessly. Mick Oliveira did one more year as event chair and was assisted by Walter Murray. Thomas Elliot as the registrar did a great job, Rob Dobie did a good job run­ning control and dispatch. Dave Osborne driving the pace car, Terry Cassan running grid, Richard Ritz in timing plus others all did a good job. Michael Coates as photographer plus Walter Murray filled in for the absent Zone Rep. A fun dinner on Saturday night at the track in the gorgeous Event Centre. The BMWCCA CR Steward, David Brown, worked well with the PCA staff. I know I say this every year but I do intend to make the long tow from Minneapolis to race at CTMP in the near future. All that is missing from this event to make it a premier event in PCA CR is more racers!

Previous articleHow Fat is Fat, How Wide is Wide… How bad is a 934?
Next articleCREEMORE / COPPER KETTLE FUN RUN: Talk about FUN!