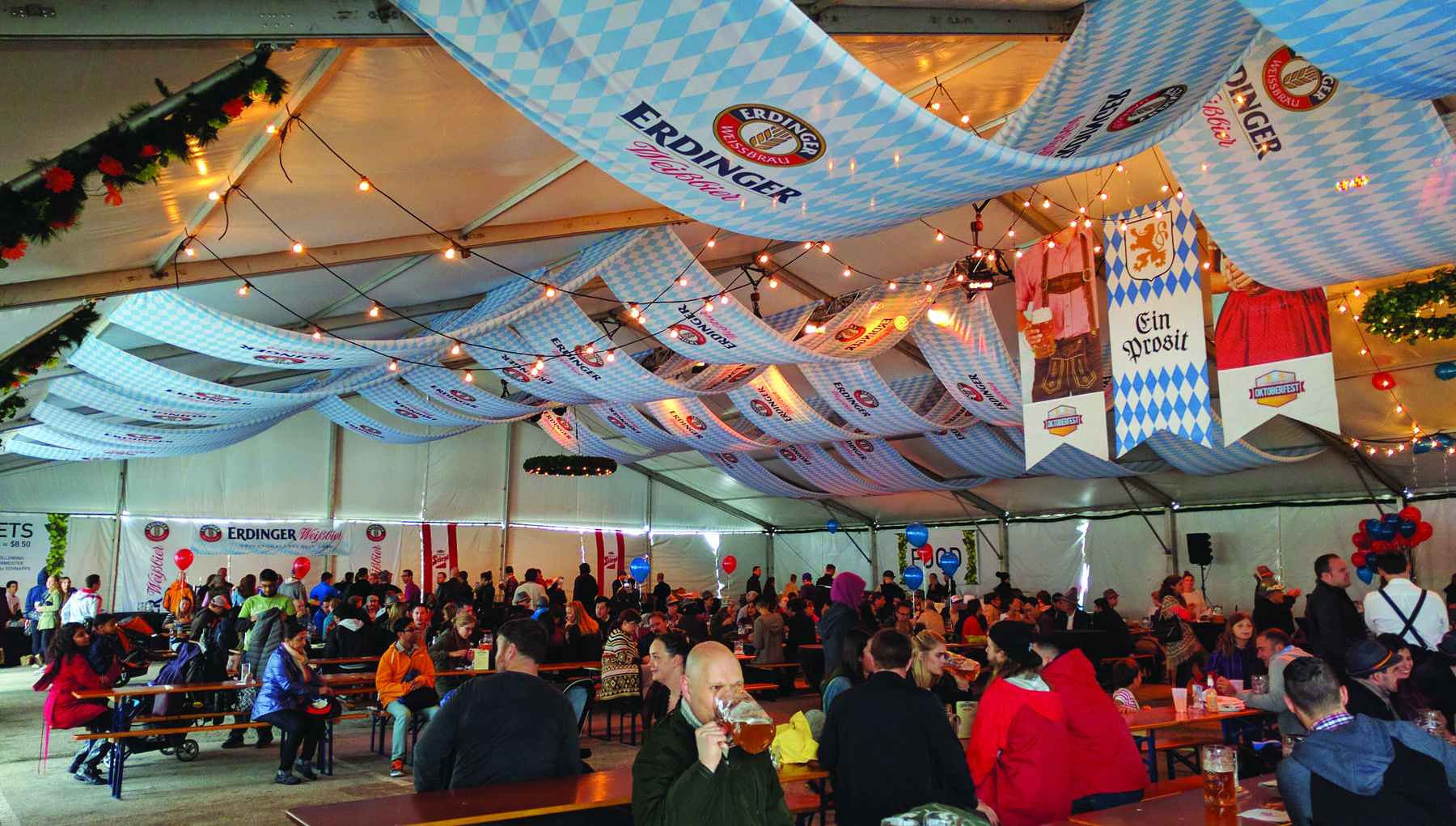 What could be more German than good food, better beer, great friends, and fantastic Porsches? This is the question that we set to find out at the Oktoberfest Toronto on October 1, 2016 presented by Great Circle Air Charter.

Watching the bad weather being forecasted for the weekend all week leading up to the event was pretty difficult, especially with the fantastic dry summer we had. Why were they calling for rain on the same day as the event? With rain forecasted the day before and the day after, it was pretty likely to actually rain on the Saturday. 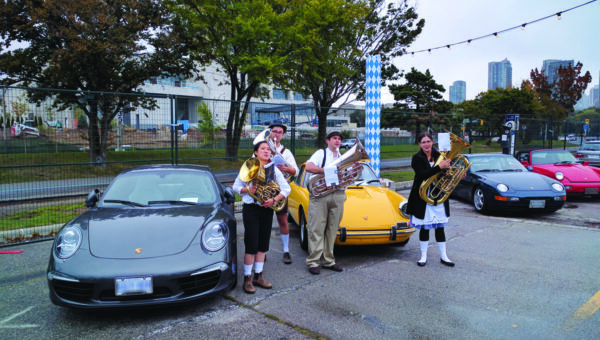 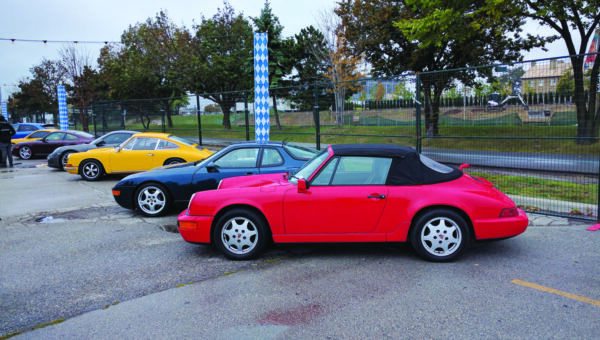 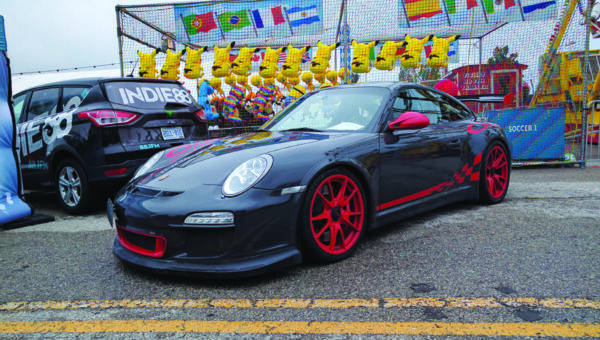 All 30 of pre-registration slots were filled and people really wanted to come down to the venue to show off their Porsches. We could not let them down just because of some rain in the forecast.

Waking up on Saturday morning proved our fears to be true. It was pouring down rain. With no possibility of a rain date the event volunteer team soldiered on and went down to the Ontario Place parking lot where there was a large Festhalle tent set up like a true Munich Oktoberfest Hall. By the time it was time to start staging cars the rain slowed down and there were periods where it stopped briefly.

A couple of cars showed up early while it was still raining, these brave people tried to keep their cars as clean as possible and even wiped their cars dry between showers, in the true spirit of displaying the best. We joked Shower ‘N Shine! As the morning progressed, the rain stopped and the sky started to clear a little bit, more and more cars kept coming in. These people proved their cars are not made of sugar and they are meant to be enjoyed, no matter the weather conditions. One car came all the way from Sudbury and another from Kingston turned back half way unsure if the event would go ahead. 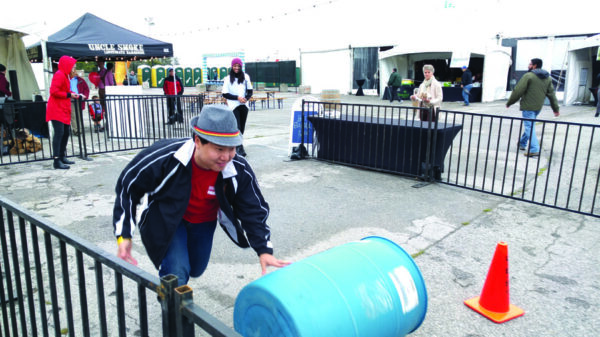 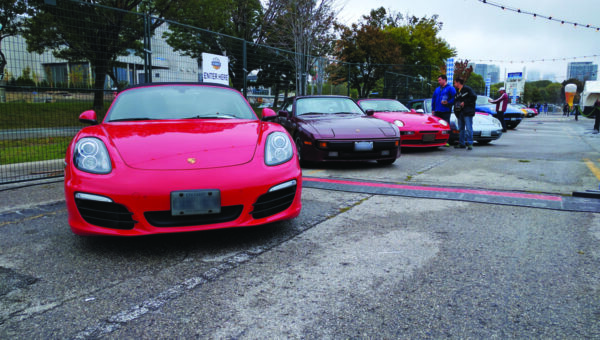 In the tent there were over 1,000+ people enjoying food, drink, music, and laughter. There were many different music styles, bands, and dance performances. Some of the songs and the dances were more traditional than others. If you ask any German they will tell you that the Chicken Dance song is not German. There were reserved tables for Porsche owners, which was appreciated since the tent was packed. It also allowed us to keep together and have a chance to catch up with old friends and make new ones.

Outside the tent the spectators got to try their luck with midway games, beer keg bowling, and beer keg races. If you have never tried to roll a beer keg around an obstacle course as quickly as possible you would be amazed at how much skill it takes. Outside the cars were on display. Everyone that brought a car was allowed to participate in the peer judging and vote on the cars on display. From their votes we determined the First, Second, and Third place winners. All spectators at the Oktoberfest were able to vote on their favorite car on display for the People’s Choice award. There was a solid amount of traffic of people who braved the cold to look at the cars. There were lots of questions about them and everyone appeared to pick out their favorites quickly.

There were lots of memorable moments. A four-piece roving tuba band stopped to play in front the earliest model car and one of latest model cars which were parked sided by side. It was a great experience.

In an unusual turn of events, each award went to a different car. Typically, the judges and the people are usually in sync and choose the same car. Not so this time around. It goes to show that everyone has different tastes. The good thing this that there are so many Porsche models to choose from.

Congratulations to our winners! 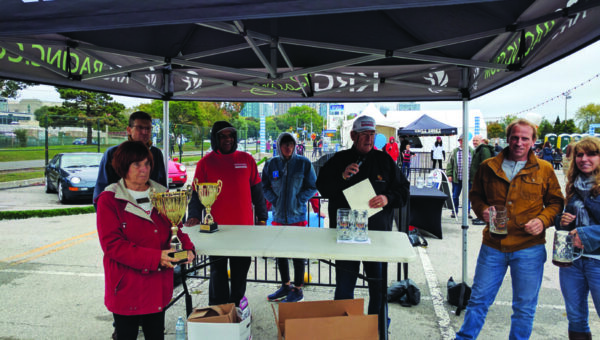 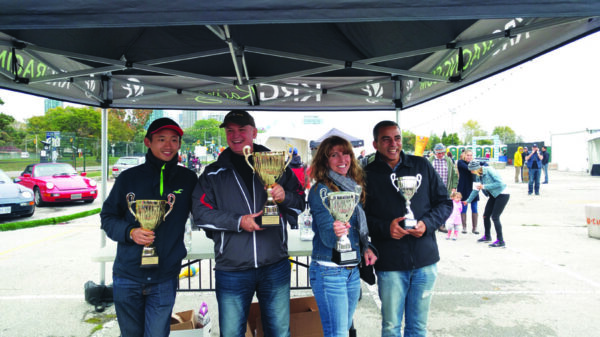