The Ultra 94 Porsche GT3 Cup Challenge Canada by Yokohama entered its sixth season in 2016.  This International Motor Sports Association-sanctioned spec series is one of Porsche’s 20 global single-marque Cup Challenge series worldwide.  The first of six Canadian series took place at Canadian Tire Motorsport Park (“CTMP” or previously known as Mosport) during the Victoria Day SpeedFest weekend May 20 to 22, 2016. The race was divided into three classes: 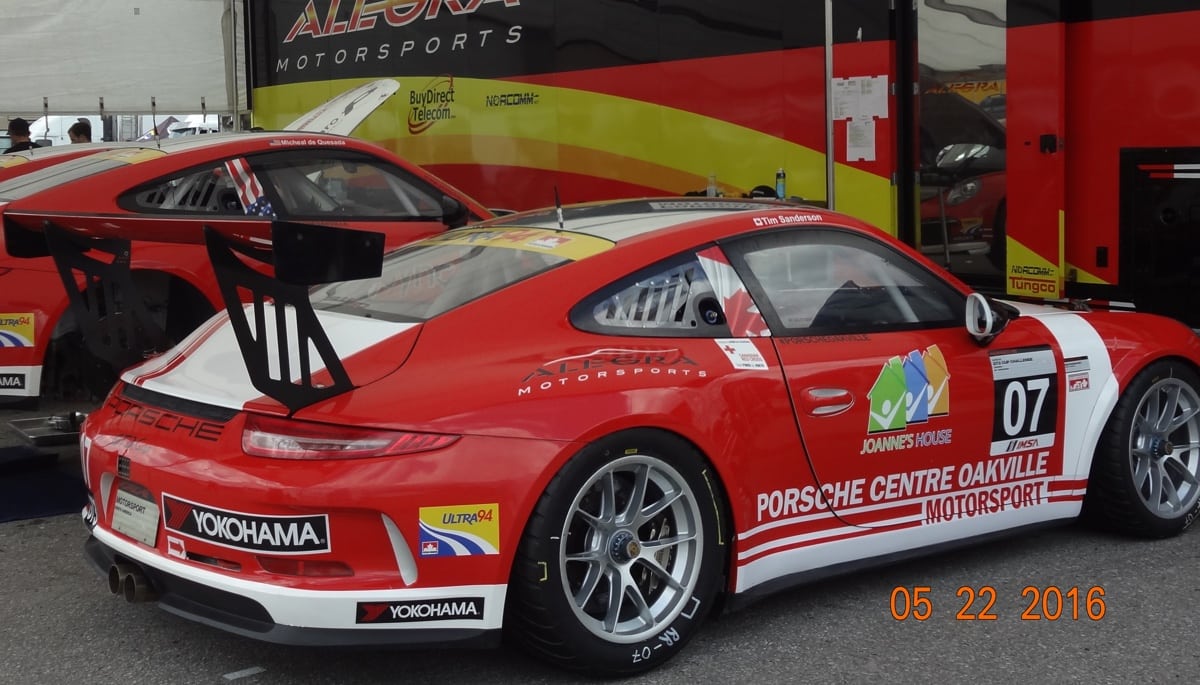 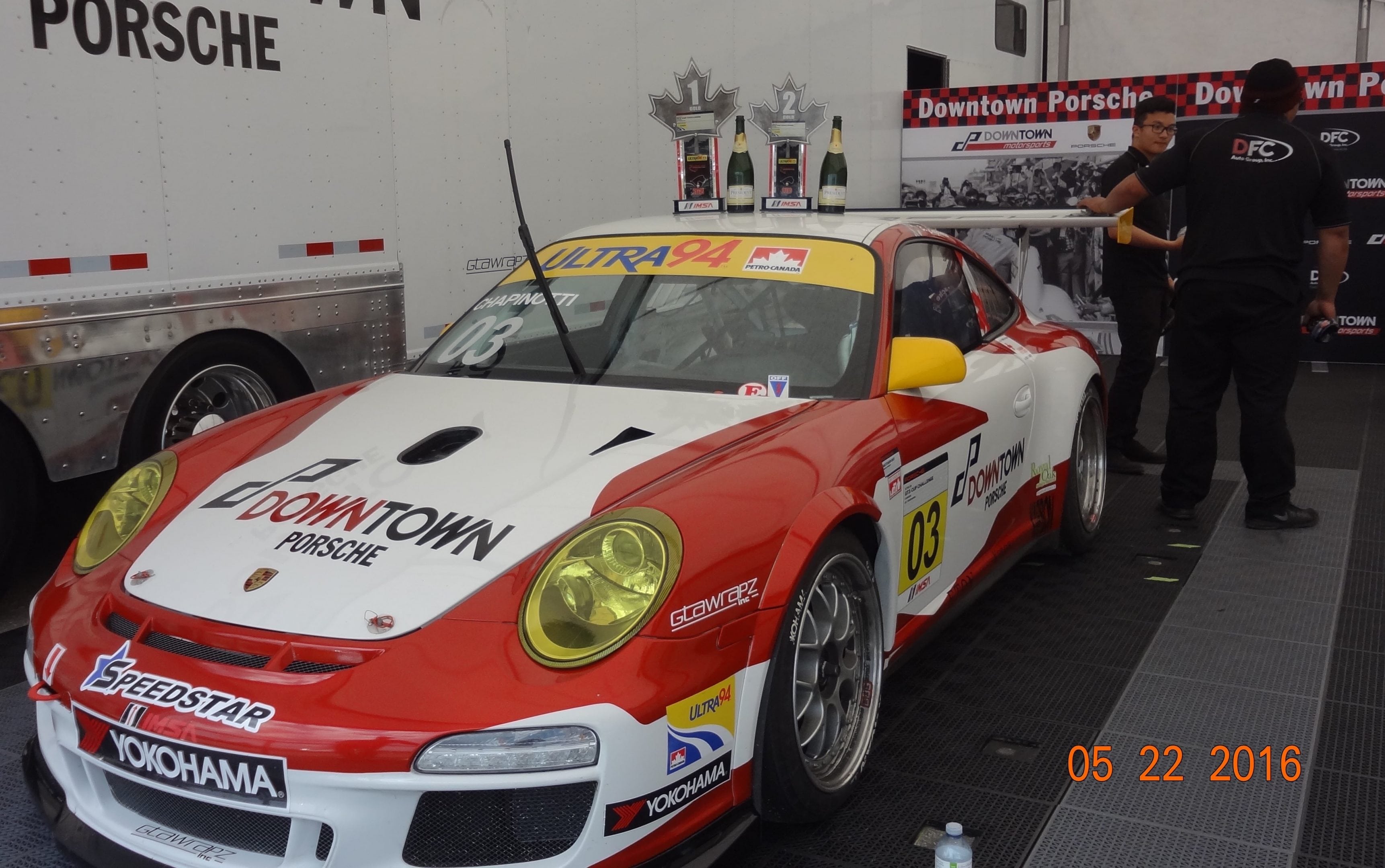 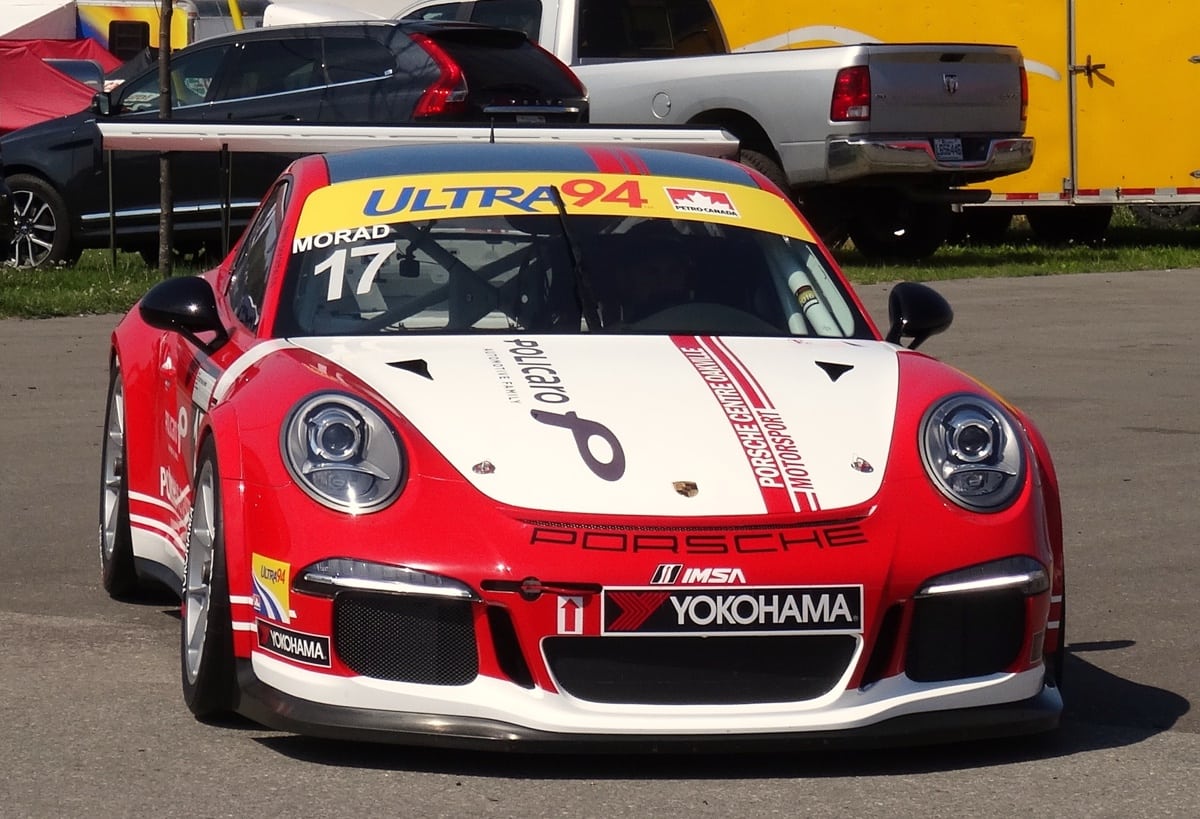 The 2016 Pirelli World Challenge is the 27th running of the Sports Car Club of America’s World Challenge series. Round 5 of the series also took place during Victoria Day SpeedFest weekend at CTMP. There were eight classes with a total of 91 entries. Porsche competed in the following three classes:

There were a total of 26 cars that competed in the GT-GTA-GT Cup races during the Victoria Day SpeedFest weekend. 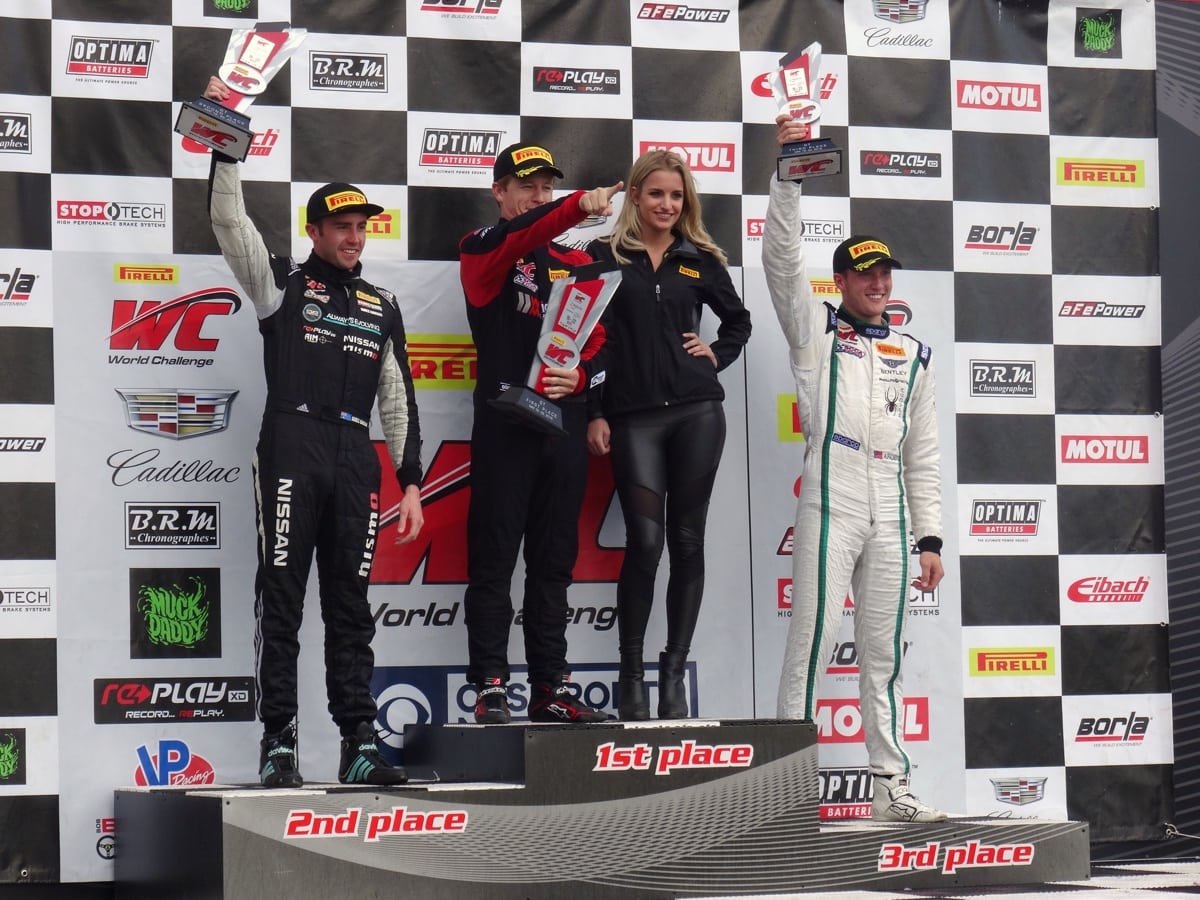 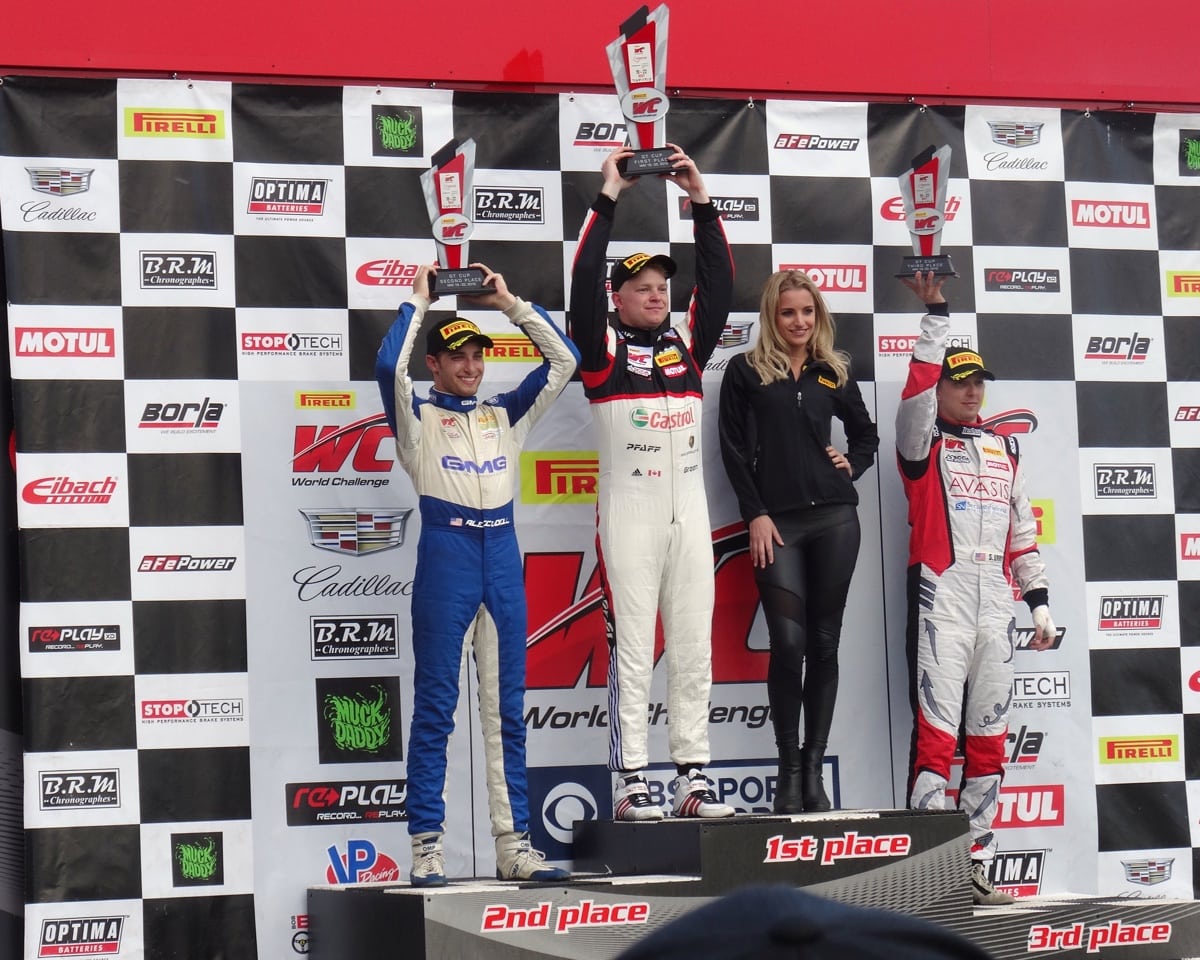 Chris Green (2015 GT3 Cup Challenge Canada Champion) took the pole position for both races with his No. 09 Pfaff Motorsports 911 GT3 Cup. Unfortunately, a punctured left-rear tire caused by a carbon piece on the track cost him Race 1 on Saturday. However, Chris Green took the victory at Race 2 on Sunday. 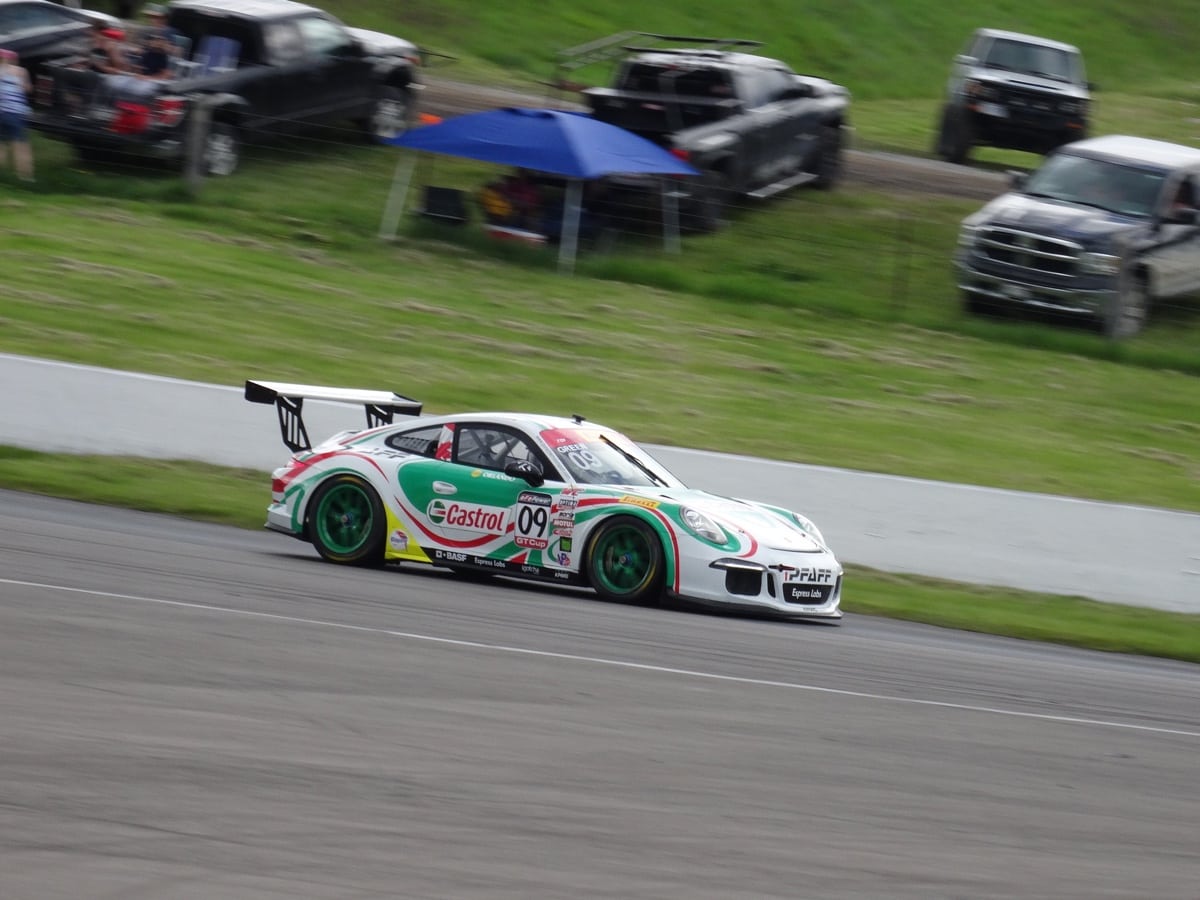