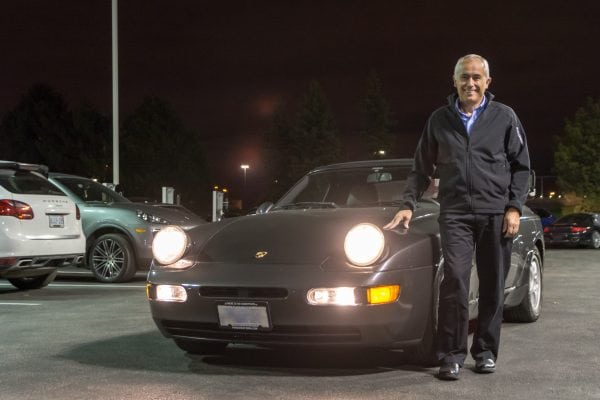 With their misplaced engines and blasphemous liquid cooling, Porsche’s transaxle models of the 1970s thru-90s came as a shock to the marque’s air-cooled purists. And while air-cooled prices only seem to be climbing, the classic wassergekühlt market has, with the exception of the 968, settled along a relatively modest spectrum. 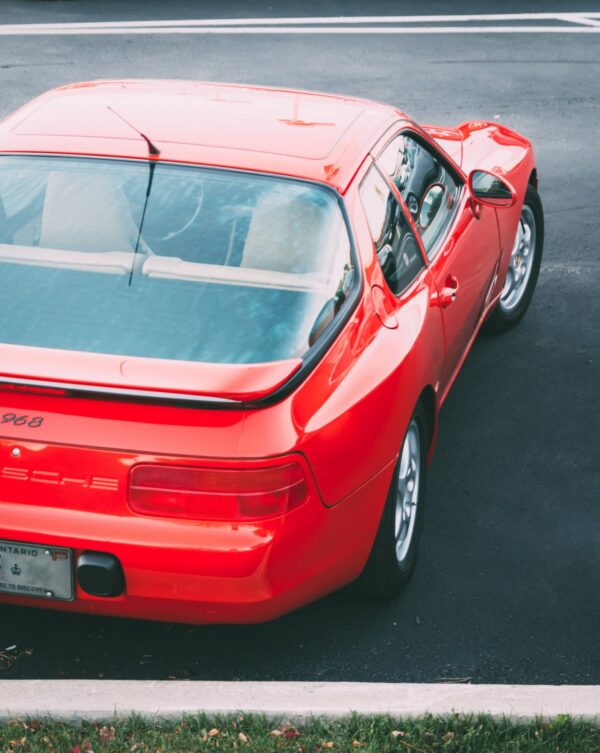 Today, a solid 944 can be found for under five thousand dollars. This value for money has become one of these cars’ great attractions – but has also proven to be one of their main obstacles. On a car costing less than a Honda Civic, a $2000 sixteen-hour clutch replacement can be understandably difficult to justify. Unless drivers or owners are prepared to pick up the wrench themselves, the cost of maintaining these cars can quickly outrun an owner’s expectations – or for that matter, their market value. Still, the transaxles’ charming history and brilliant handling has inspired a shared love that all too frequently transcends fiscal sense.

With this in mind, UCR member Roger Stopford set out to establish a special interest group for the region’s 4-cylinder transaxle owners. Starting with an email appeal for 924, 944, and 968 owners back in August, the project has already drawn more than fifty members. As part of mapping the fledgling group’s interests and potential directions, Roger has collected feedback on the condition and needs of everybody’s cars. Using this information, the group can also help to facilitate discussion between people working on similar projects. Daunting maintenance tasks such as timing belt replacement are frequently on the minds of transaxle drivers, and the access to the group’s shared experience will certainly prove valuable.

Owing to Roger’s organizational talents and the tremendous support of Pfaff Porsche, the group enjoyed its inaugural event on October 25th. In all, 41 members and 18 transaxles braved the cold to congregate in Woodbridge.

Greeted by a rare 968 Cabriolet on the hoist and a pristine 944S sporting Porsche Classic’s new Radio Navigation System, participants gathered around a table of assorted wraps and a rather impressive cheese platter to get friendly and talk shop. These cars tend to attract a particularly passionate crowd, and the enthusiasm for their discussion was as powerful as the fuel smell known to adorn their cabins. In one particularly remarkable show of dedication, member Ron Leonard drove his 944 more than 1,400km from Thunder Bay to attend the session! 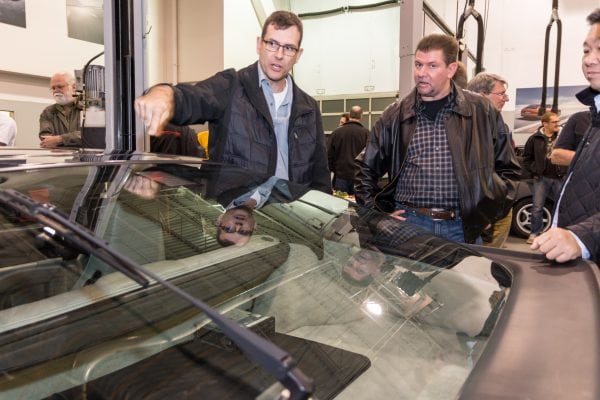 After attendees had gotten acquainted and satisfied their hunger, the meet moved straight into the nuts and bolts. Armed in advance with a folio of questions that Roger had compiled from members, Porsche Classic technicians Mike McCarthy, Chris Hillier and David Draqanac drew on their extensive experience to indulge all manner of technical questions and curiosities. From suggestions for brightening instrument clusters to tips on winter storage and clarifications on Stuttgart’s experimental part redundancies, the Pfaff techs left participants with answers to questions many probably didn’t realize they had.

The Pfaff team had one more surprise up their sleeves for the end of the night. After presenting Ron with a set of espresso glasses (‘to keep him awake on the long journey home’), Pre-Owned Manager (and 944S owner) Jon Pera drew a selection of prizes for a few lucky winners. By 9:00pm, what was anticipated to be a relatively small inaugural event had run its course as a buzzing and highly successful tech social.

Recounting the event, Pfaff Marketing Director Laurance Yap reflected “it was great to have such an enthusiastic crew… For us, Porsche fanaticism spans all ages of car and person, and all models and values of cars. We’re lucky at Pfaff to have techs and managers that know these cars better than anyone, and it was amazing for all of them to have a chance to share their passion.”

The tremendous success of this event was a great testament to the enthusiasm of Porsche owners. By embracing a shared passion and helping to equip owners with the knowledge to maintain their own cars, Pfaff ’s service department has made an exciting and important contribution to the 4-cylinder community. Their generosity in hosting and sharing their experts’ knowledge with UCR members is greatly appreciated.