A record attendance of close to 500!

As many of you know by now, Geoff McCord was a member of the Niagara Re­gion in 1975 and was instrumental in forming Upper Canada Region (“UCR”) in Ontario, becoming our first president. UCR was officially chartered on July 21, 1976 and today, we are the largest region among 144 regions within the Porsche Club of America with approximately 2,600 primary members plus 1,400 affiliates.

On Saturday July 23, 2016, the closest weekend date to our inaugura­tion date, we celebrated our 40th anniversary with a family picnic at Boyd Conservation Area’s Hillview site. A record 491 attendees of UCR members and their families, includ­ing 10 from Niagara Region (counting spouses), rep­resentatives from Porsche Cars Canada, Pfaff Porsche and Porsche Centre Oakville made this our largest event in our 40-year history. 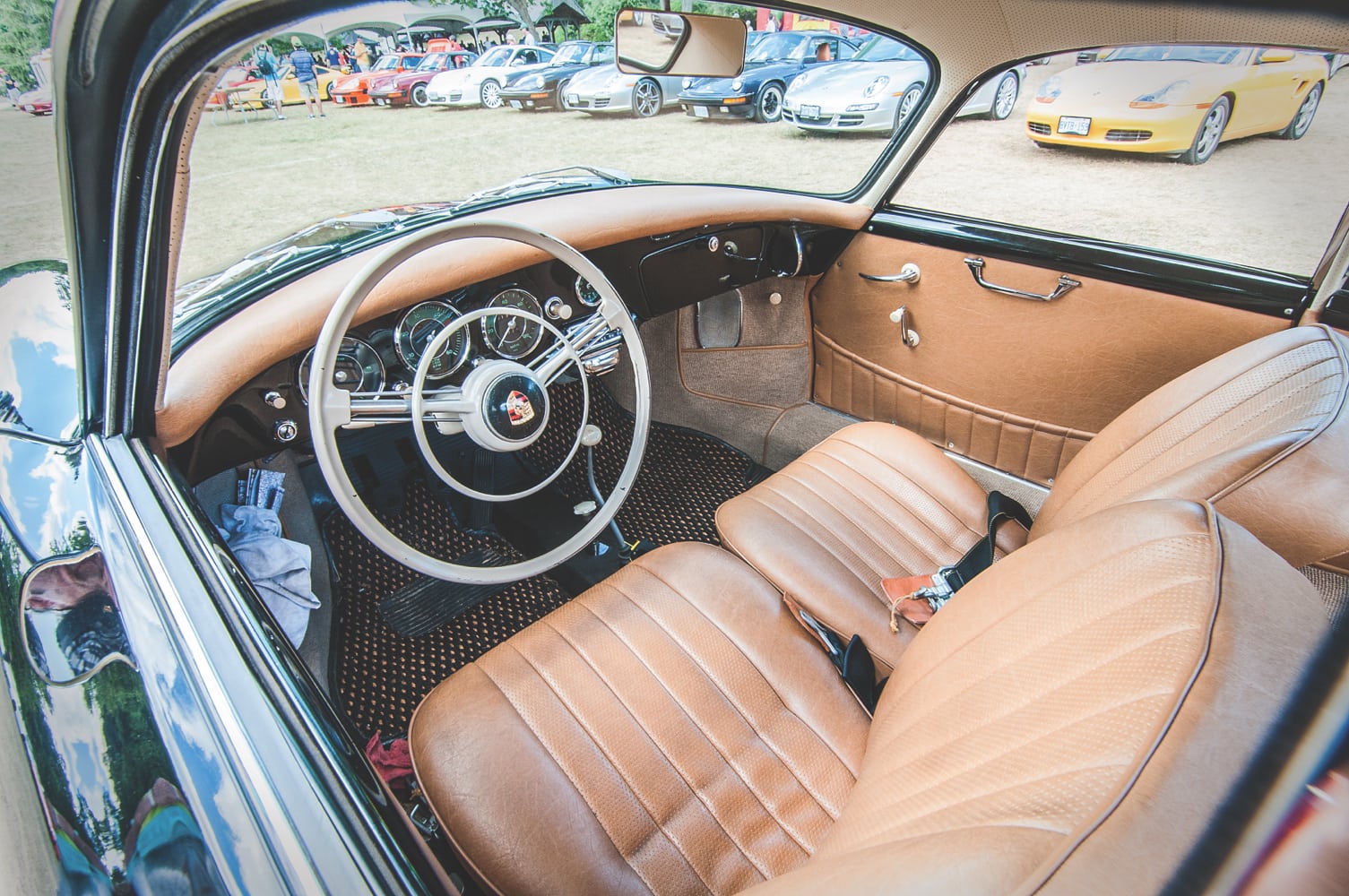 Gorgeous weather brought our member’s Porsches rolling into the “Show ‘n Shine” area by 9:00am where Randy Gananathan (Provinz Editor) and his team of volunteers directed incom­ing Porsches to align in a beautiful semi-circle, that eventually turned into a huge circle, with an “all-in Show ‘n Shine” display of 150+ Porsches!

By noon, it felt like 40+ Celsius with the humidex when Fire-it-Up BBQ, our event caterer began serving a gourmet BBQ lunch. The ice-cream truck’s arrival at 12:30 was an instant hit as we had a long line of kids and adults craving ice cream!

After lunch around 2:00pm, Mike Bryan (UCR Pres­ident) welcomed everyone and invited Geoff McCord and Richard de Asis (Niagara Region President) to tell us how UCR was born out of the Niagara Region. Fol­lowing their speeches about UCR history, Mike tested UCR knowledge among our members with a trivia quiz. $50.00 UCR Goodie Store Gift Certificates were awarded to 10 quiz winners and five Show ‘n Shine winners.

In appreciation of Porsche dealerships who have been long-time supporters of UCR, Mike presented plaques to Laurance Yap (Director of Marketing, Pfaff Porsche) and David Perruzza (Marketing Manager of Porsche Centre Oakville). Pfaff Porsche displayed a Pfaff 50th anniversary 911 Turbo S (an exclusive special edition of which only five were made by the factory), a Pfaff 911 GT3 Cup racecar and a vintage Porsche 911. They set up a tent displaying marketing materials and sold Porsche merchandise, including 1:43 scale models of the 50th anniversary 911 Turbo S and 911 GT3 Cup racecars. Porsche Centre Oakville displayed a Policaro 911 GT3 and also set-up a tent displaying Porsche information, gave away 918 posters, and held a draw for VIP tickets to a race in August. 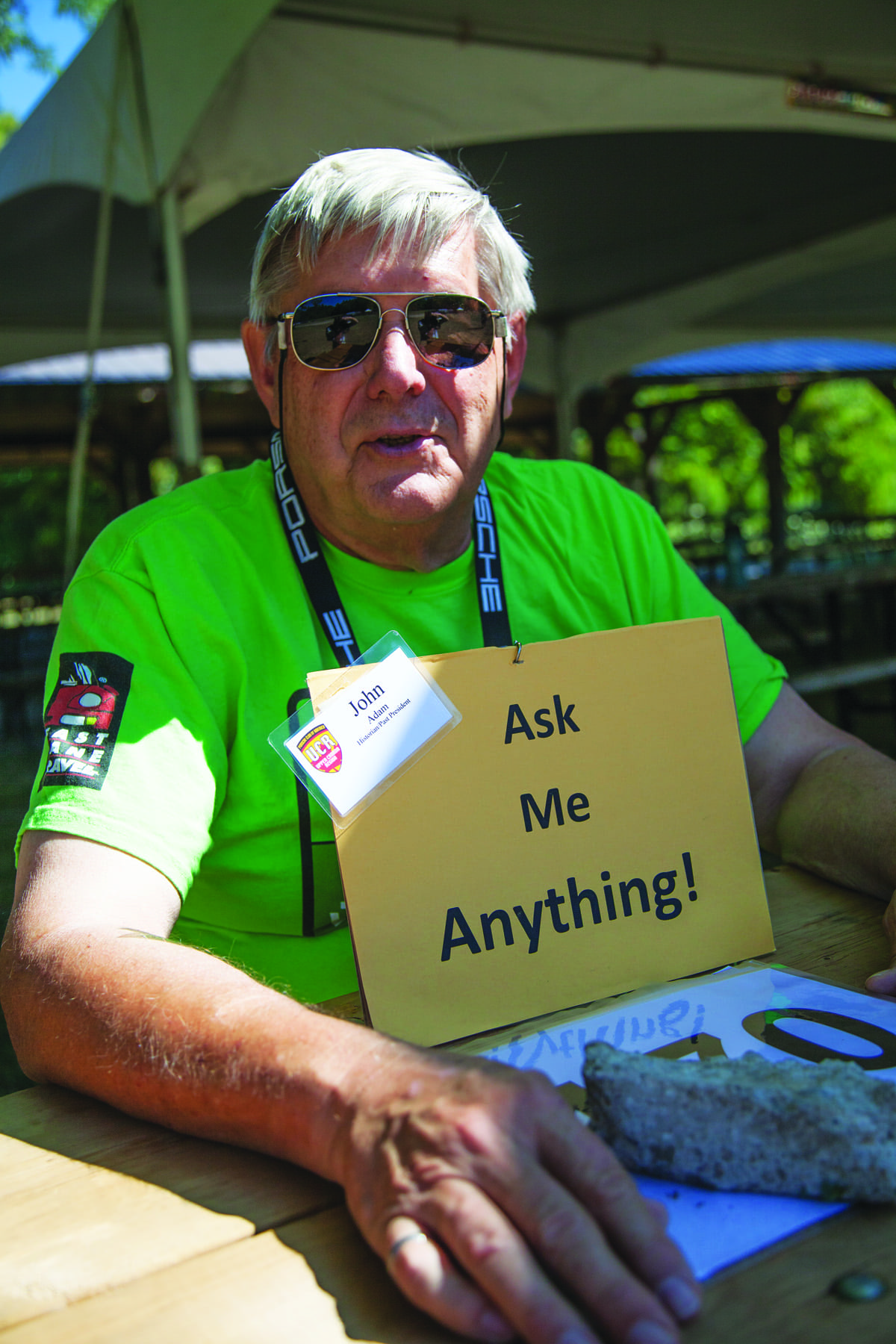 Another highlight of the picnic began early that morning in faraway Mississauga.  The Annual UCR Rally organized by Sajjad Butt (UCR Rally Master) ended at the final checkpoint at our pic­nic! First time participants won the 2-hour urban rally driven by 21 Porsches this year.

At 2:45pm, we gathered all remaining members to stand inside the huge circle of Porsches and Michael Coates, Club Photographer and Wolfgang Lott, Provinz Contributing Photographer took group photos and our 40th Anniversary Family Picnic concluded at approxi­mately 3:00pm.

Special thanks go to Ken and Sussi Jensen for advice received at a social when they pointed me to an excel­lent website listing all picnic locations across Ontario because I was assigned the task of organizing our 40th Anniversary Picnic by the Board and I was spinning wheels for three months locating a centralized picnic site in the Greater Toronto Area, finding ways to avoid paying expensive permit fees within Toronto and work­ing around the laundry list of park restrictions thrown at me, in an effort to keep costs low because the Board had also decided the picnic was free to all members and families. With the Jensen’s suggestion, I was able to find the ideal site for our picnic at Boyd Conserva­tion Area in Vaughan with easy highway access and only a 30-minute drive from Markham or Mississauga and conveniently off the 400 for members coming south from cottage country. The permit cost at Boyd Conservation Area was very affordable for our club and they had a list of preferred vendors such as Party Magic for tent rental, Fire it UP BBQ for catering, and Fi­esta4Kids for the inflatable bouncing castle, so I didn’t even have to worry about getting additional approvals for these at this park. Thanks again, Ken and Sussi! 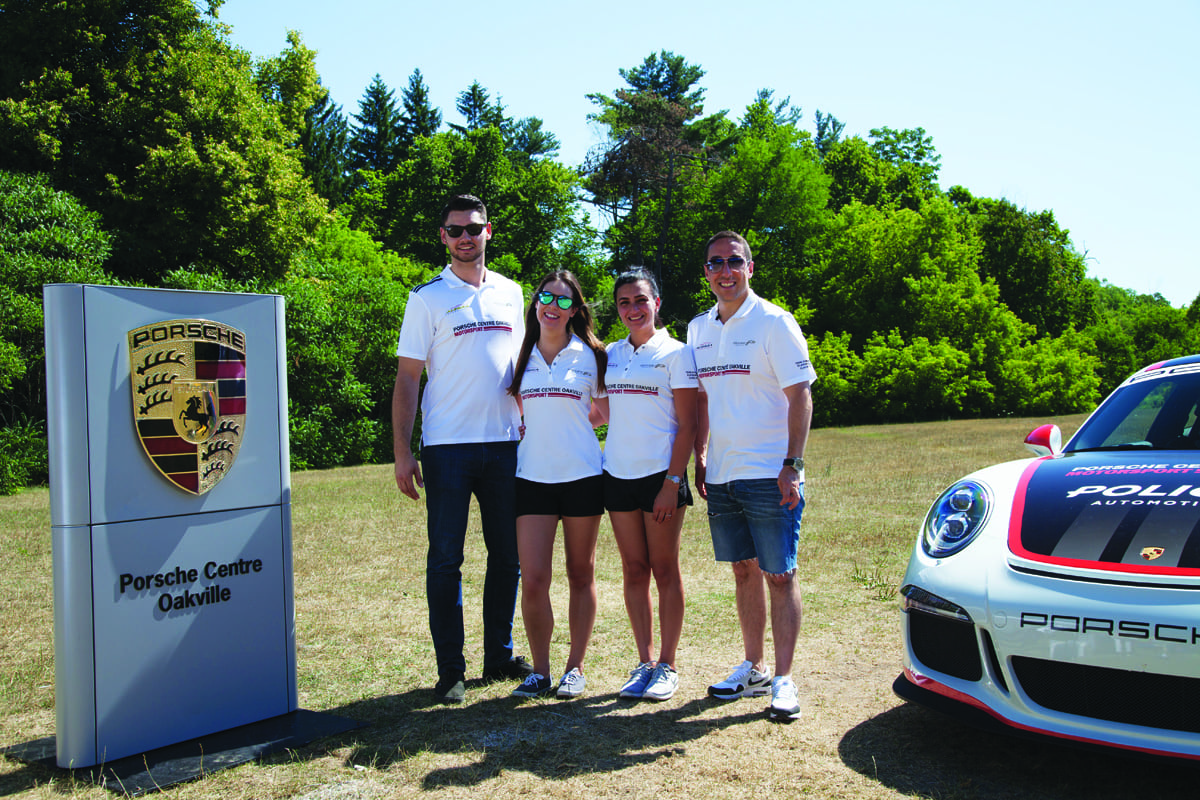 May Social 2014 – Racing with Kyle and Martin