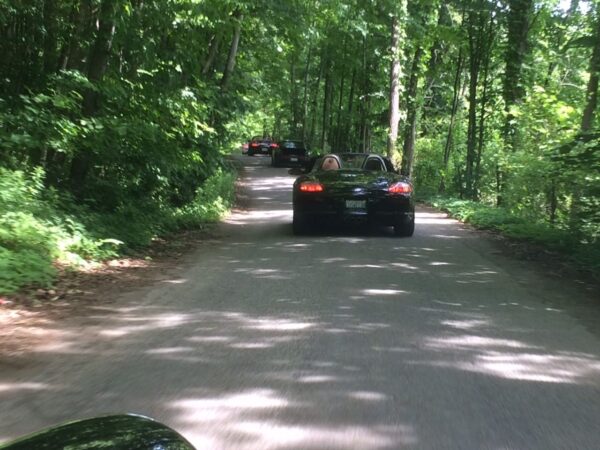 Another beautiful sun-dappled drive in the forest! Photo by Michael Sommer

By Vaughn Warrington, UCR Member (from Provinz August 2015 page 20)
Jennifer and I have already crossed our fingers for next year’s Bear Manor Poker Fun Run after having the sun shine down on us for the 5th straight year of hosting this Fun Run.

An impressive line-up of P-cars at “The Manor”. Photo by Wally Khali

Relaxing and soaking up the sun in the backyard. Photo by Michael Sommer

As the organizers, not much is more satisfying than full sunshine and selling out, again. What ranks right up there is arriving 15 minutes before registration was to commence and already 2/3rds of the 42 cars are already there and in 3 precise lines. Our returnees know the routine and already had their cars in order. Gleaming Porsches can even make a broken-down parking lot at the old Prudhomme’s Landing look good. Fortunately that was the worst pavement we saw all day.

I took out the first group, Stewart McKinney took group two 15 minutes later, and Gerry Cornwell took group three 15 minutes thereafter. We needed the break as the winery stop at Henry of Pelham could not handle 84 Porsche folks at one time. The route was designed to showcase the escarpment side of Niagara and its many wineries as so many see Niagara via the Falls and Niagara-on-the-Lake. The first leg of our journey was a slow-paced route over backroads and a section buried in the trees amongst the twisty part of the run. This is always the part ranking high on the satisfaction list for our members. 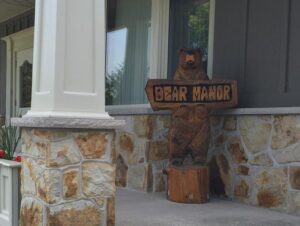 The bear at the manor. Photo by Wally Khali 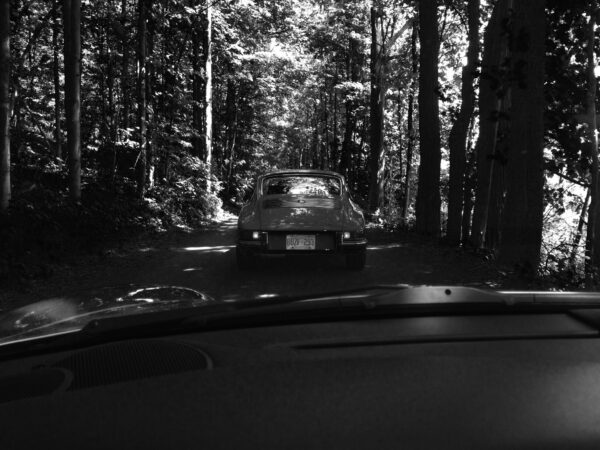 A study in contrasts! Photo by Jelani Daniel

Relaxing and soaking up the sun in the backyard. Photo by Steve Bedford

Off to the Wine tasting and midway bathroom break…both features welcomed by all. After all, we started from a Timmies! Back on the road for a slightly faster route thru vin-edged roads, thru the Balls Falls valley and zigzagging via the escarpment wineries to our house for lunch and a car show. We have enough room for the first groups’ cars in our backyard to provide a great visual distraction over lunch.
After all groups have enjoyed lunch and a break, we see who has the top 7 poker hands from the cards they picked up during the run. Thanks to all for the great day, and our team leaders Stewart and Gerry who never lost anyone…Oops I was not so fortunate, near the end a few cars got split up by traffic, however all had maps and made it within minutes.

Jennifer and I look forward to hosting you next year at our 6th Annual on June 18th, 2016. Mark your calendars. Registrations will open in 2016.