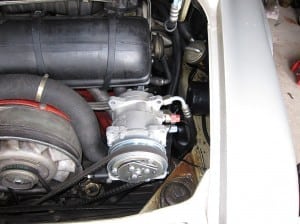 TWhen I bought my ’81 SC in 1989, the air conditioner was functional, and continued to be so for the next 15 years or so. I hated the look of the huge York piston style compressor, though. It looked like someone had stuck a Suzuki GT750 two stroke water cooled motorcycle engine on the back of my motor. It also made valve adjustments and plug removal difficult.

Then, one summer, no cold air came out.  I could have just refilled it, but instead I decided to replace the whole system with an R134a setup from Rennaire. It cost about 1200 bucks, and came with a new Sanden Rotary compressor and bracket, a new evaporator,  a new separator/subcooler, and all new barrier hoses. It also comes with insulation for the evaporator housing in the “smuggler’s box”

There were two things about the system that were poor. One was the use of compression fitting hoses. Compression fittings were used by the factory on the 911SC and earlier cars. Later cars had O-ring fittings, which are vastly superior. Since the Rennaire system does away with essentially all the pieces other than the condensers, it would have made sense to go to O-ring hoses as much as possible. Instead, the Rennaire kit uses compression fittings everywhere, and requires you to use compression-to-O-Ring adaptors. Since you can’t really reef these adaptors, it makes for a potentially leak prone system. Unnecessarily so. I may have better hoses made up at some point. 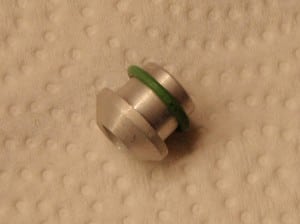 The instructions that came with the system were poor. The hoses are numbered, but no indication as to where they should go. I experimented a lot, trying different hoses in different positions, and turning them end to end. 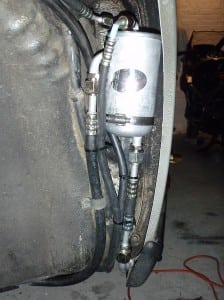 Performance. The performance is great. I got the fabled 0 C exit temperature. Unfortunately, a year after the install, the evaporator fan bearing has gone. I need to take it all apart. I believe with the original system, you can change the fan without removing the evaporator. Now, with the evaporator box covered in insulation, this is not possible, and I will have to disassemble the whole thing.

We Have a Plan