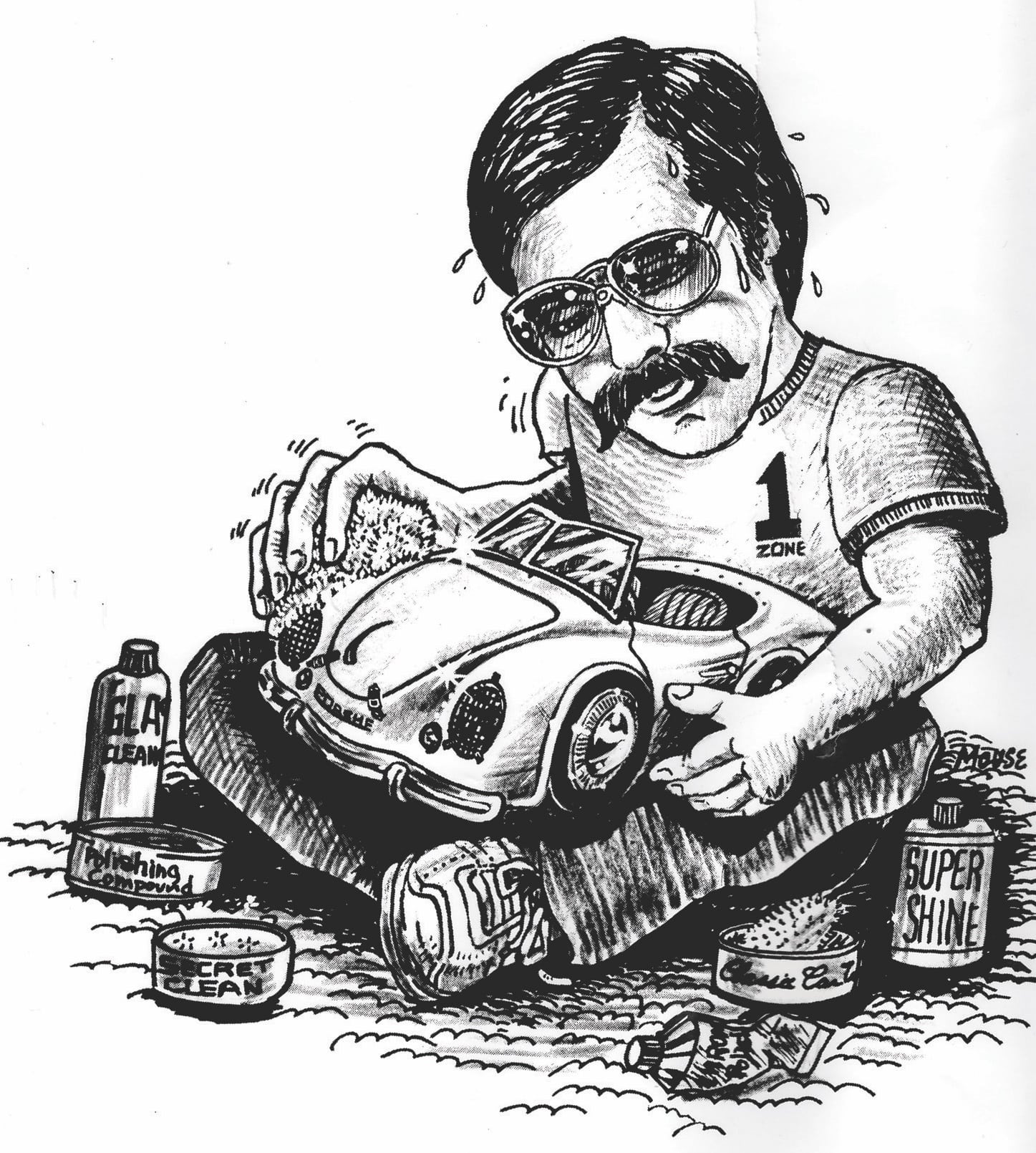 Upper Canada Region celebrates its 40th anniver­sary this year. It is fitting that we look back on what the club has brought to us over the years. While my memory may be faulty, I remember a lot of good times.

My wife and I joined a small band of enthusiasts in 1983. Monthly Socials were held at Gasthaus Schrader, an absolutely perfect spot on Church Street in down­town Toronto. What was so great about the venue was that we met on the second floor while new members were sent to the third floor balcony to be hosted by Mark and Angie Herring, after they took office as mem­bership co-chairs. Probably half of the total member­ship attended the Socials in any month.

Going back, from 1976 to the early eighties, the club membership grew from perhaps 25 charter members to about 120 members. Though the numbers were small, the annual percentage growth was quite good. At the 1984 Parade in Appleton, Wisconsin, we had a good time and met our Zone Representative, who I believe was John Boles. Conversation at Parade led to a Fall UCR election and an enthusiastic new UCR administra­tion took charge.

The new group was vigorous in developing new programs and, simultaneously, the rapidly growing sale of water-pumpers was boosting membership such that we became regular winners of the membership growth trophy at Parade. What we lacked was money in the treasury and so events were planned carefully and had to breakeven or do better.  Success built upon success. Each year, UCR became stronger from its humble roots 40 years ago.

Changing direction somewhat, I want to take a more personal point of view. The PCA members that we met and worked with on various projects became long-term friends. Some are long distance friends from PCA regions across North America. Contacts these days are made easier by virtue of having Facebook and email readily available. We served on the 1986 Parade organizing committee and Parade planning was about two years long. I served as co-manager of the ’86 Parade Goodie Store and we met a lot of fine people in Portland, Maine. Luckily, I had to travel to the area for business reasons and so attendance at the planning meetings was no big deal. Later, that whole scene was repeated for the 1999 Parade at Mont Tremblant. We pulled off a great Goodie Store with the very capable assistance of Cray Scarlett and Andy Hunt.  I wear my “thank you” gift proudly at PCA functions.  Botho von Bose and I have a pin struck in gold representing the signature of Ferry Porsche. Rare indeed.

Things have changed dramatically in our 40-year history and today it is just impossible to have half of the UCR membership at a Monthly Social or any other event. After all, where would we put the crowd?  What we have now is a series of very successful events and activities that create a sub-group of enthusiasts that can hang out together. Your Run Group at Driver Education is fairly cohesive. You tend to know the people in your group, the cars and the drivers’ capabilities. The same would be true for Fun Run groupies or for the enthusiasts in the Concours d’Elegance.

After 33 years of membership, I can proudly conclude that it has been a great group to be a part of. It’s not just the cars, it’s the people.

1 thought on “A PORSCHE CLUB RETROSPECTIVE”