Fortunately, Mother Nature provided us with a warmer, dry night for our April Social at the Islington Golf Club. A welcome relief compared to the snowy, blowy weather that descended upon the city the previous week. That meant several of our 49 members were able to drive their P-cars out to the event. Once again we enjoyed a beauti­fully cooked ‘Hip of Beef’ accompanied by a choice of gravy, horseradish or mustard. Since we had plenty of beef ready for carving, members could enjoy generous portions along with dinner rolls, mixed green salad and roasted potatoes. And of course, Islington Golf Club’s friendly bartender kept everyone happy with a selection of beer and wine. Best of all were the plates of delicious chocolate chip, white chocolate chip and crunchy oatmeal cookies to finish up the meal with tea and coffee.

After dinner, President Mike Bryan welcomed Lorenzo D’Alessandro, owner of 427 Auto Collision, who will be host­ing UCR’s “Shift into Spring” event on May 1st in Etobicoke. Lorenzo generously provided each guest with a pen and cell phone accessory cardholder and said he looked forward to welcoming all Club members to the upcoming spring event. Mike reviewed upcoming UCR events along with instruc­tions for signing up via: www.clubregistration.net 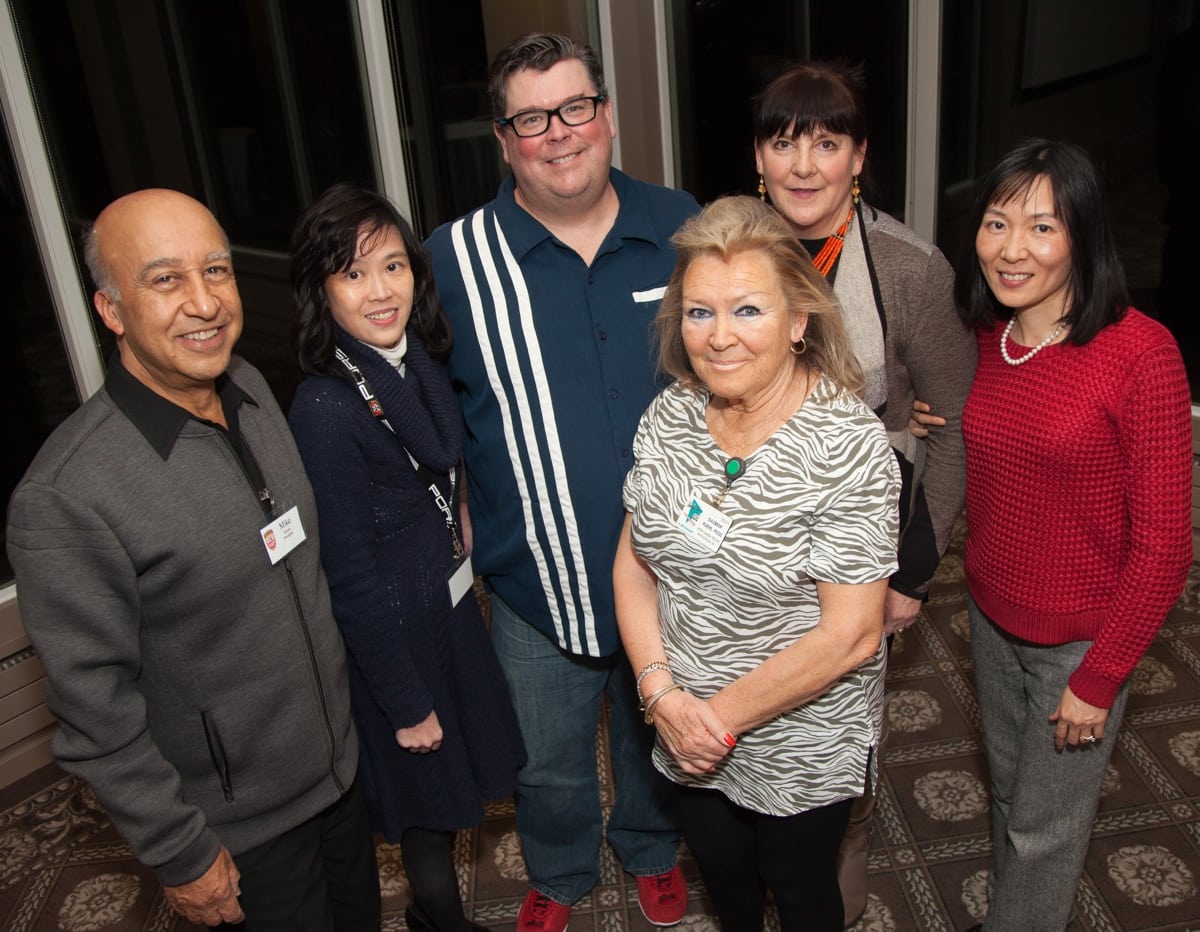 Mike then presented UCR pins to first time Social attend­ees and/or new members Peter Brenders, Larry and Carme­lina Funnell and Craig Lillico and also welcomed Edwina Melville Gray back to the Club after a 20-year absence.

Finally, Mike introduced our Guest Speaker for the eve­ning, Gary Grant. Gary has a long history and passion for the automotive industry. He is a writer for the Wheels section of the Toronto Star, maintains the web site: www.drivenwheels. com and writes a blog called www.thegarageblog.com and is a motor sports photographer. 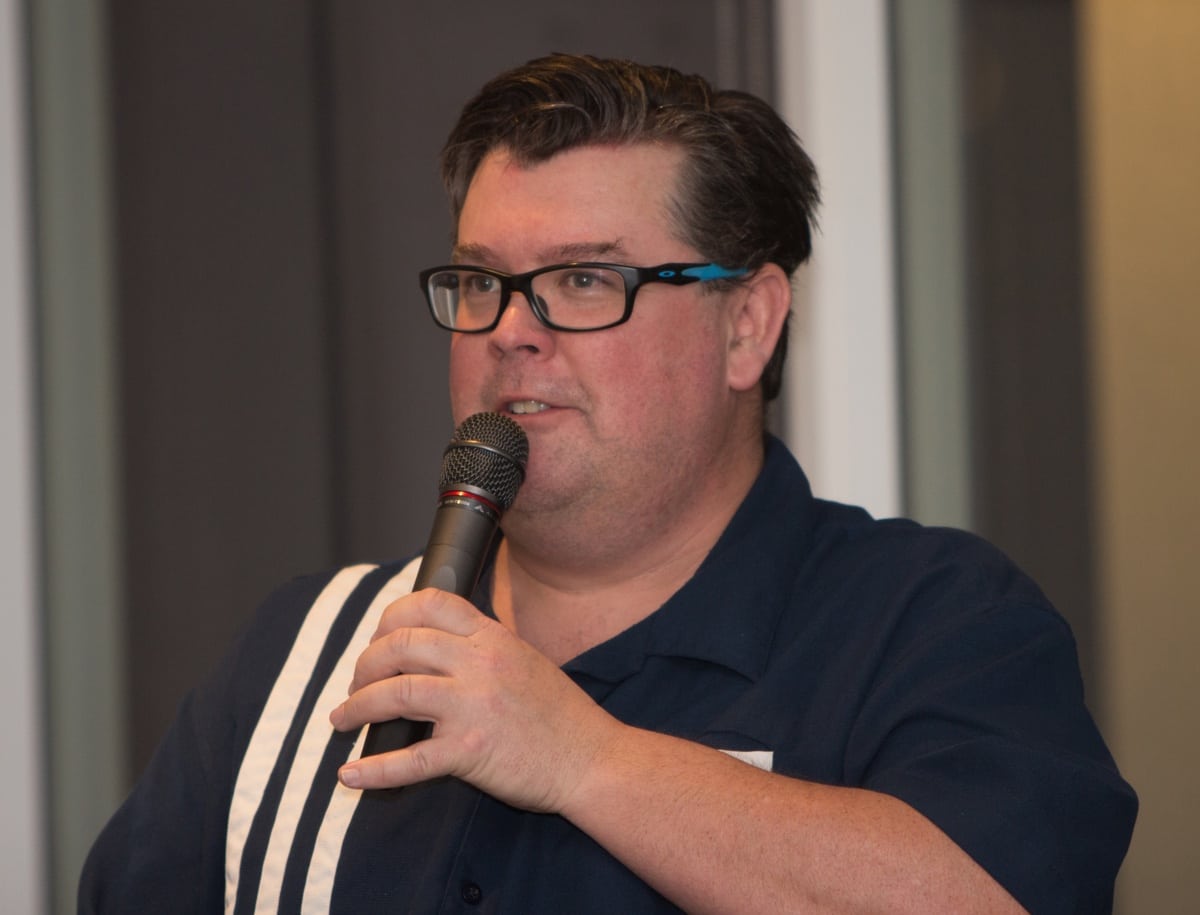 Gary was born into a racing family in the late 60’s and remembers the crazy AMX his Dad owned when Gary was age 2. His Dad travelled to Maranello on a Vespa and purchased a Dino. One of Gary’s fondest memories is being shuttled to Kitzbuhel in the Dino with skis safely ensconced in roofracks mounted to the top of the car.

In the mid-70’s Gary met his best friend’s father, Sorjo Ranta, who encouraged Gary’s love of cars and Gary was delighted to find out that Sorjo actually owned the very rare Porsche 901 No. 27, which he still owns today as the longest 901 owner in the world. In the 1990’s Sorjo received a call from Ellis Ruf who restores classic cars and who owns Porsche 901 No. 32. Ellis’ company has now restored 901 No. 27 to its original condition, and as a matter of fact, the restoration was completed by the original team who built the car the first time around. Currently this special car No. 27 resides in the Ruf Museum adjacent to No. 32. John Adams spoke up and said that even the Porsche Museum does not have a 901 on display so the ones still in existence are truly ‘priceless’.

Once out of school, Gary started his career in the car in­dustry as a Service Manager in a dealership. He then worked briefly in radio but since 2009, he has been writing in the au­tomotive field. Gary considers himself very lucky as he gets to play with cars all day long. Gary drove Porsche Canada’s newest demo to the Social, a 2017 Macan GTS. He welcomed interested Club members to come forward at the conclusion of the Social to check out this newest Macan from Porsche.

To wrap up the evening, our Hostess Dagmar Ruehl-Pegg gave away a number of Porsche door prizes to lucky winners. Many thanks to Dagmar and the great team of volunteers who make these Socials happen including Martin Tekela, Mario Marrello, Kathleen Wong, Michelle & Randy Gananathan, and all new member mentors and hosts.