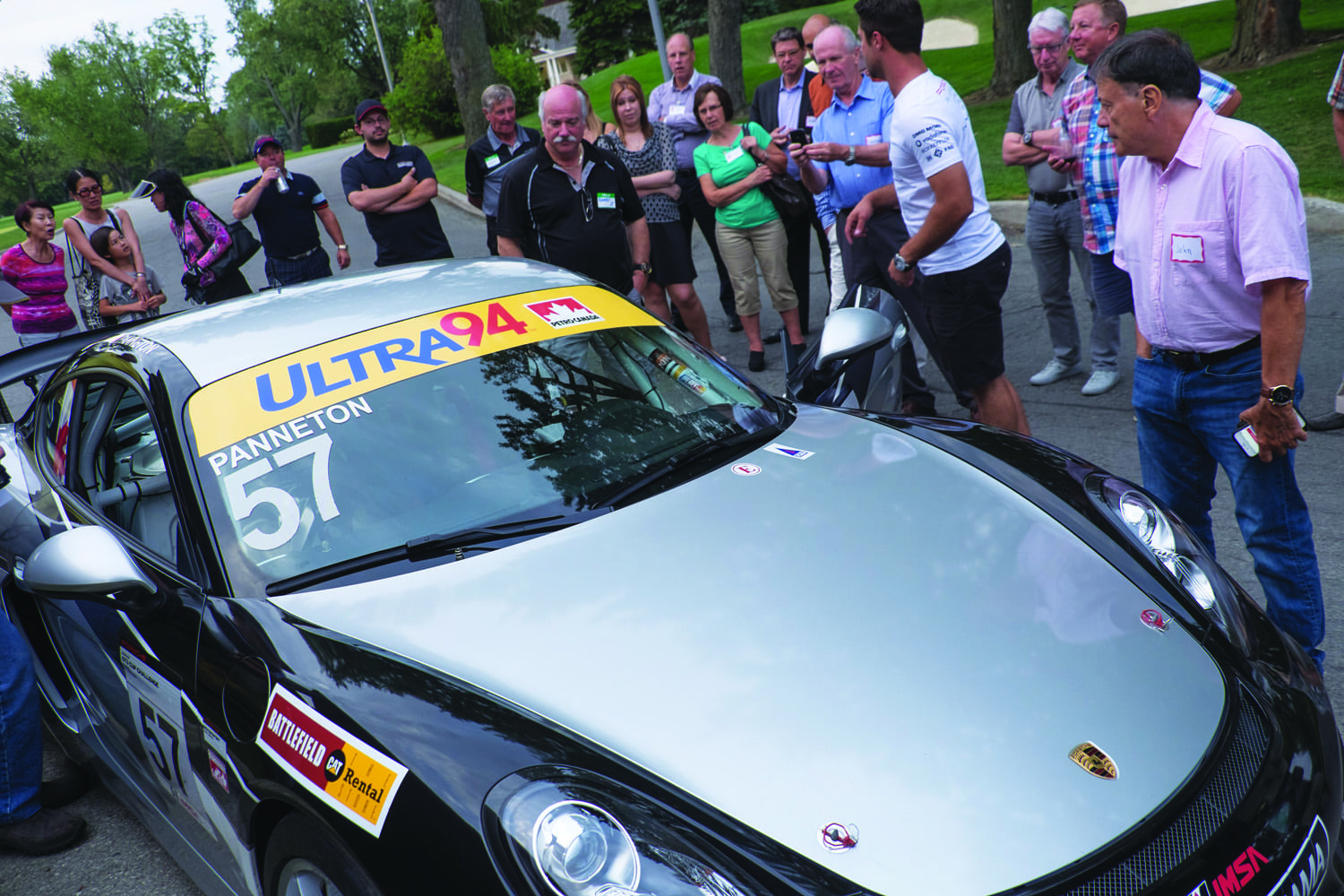 It was yet another warm and rainless sum­mer evening when I arrived at 5:30pm. There were still many golfers’ cars occupying most spaces in the parking lot at Islington Golf Club. Despite needing to use their overflow park­ing, we welcomed over 40 UCR members, interested member prospects and guests at the August 9 event.

Virtually everyone regis­tered for this event through ClubRegistration.net. That makes planning these events so much easier.

Our guest for this evening was Steve Bortolotti, man­ager of the Pfaff Motorsports Team. Steve brought two Cayman GT4’s for us to compare and contrast. One was a street GT4, while the second was the ClubSport model which was fully prepared for competitive racing.

The evening started with socializing and camaraderie for all at around 6:30pm. Islington’s very popular Hip of Beef, along with amazing sweet potato fries and authen­tic Greek Salad, was served at 7:00pm. Second and third helpings of beef were enjoyed by those who wished. Im­mediately afterwards at around 7:45pm we all followed Steve and his assistant Bob, to view the GT4’s parked in front before we ran out of daylight. Steve explained several of the features of both cars.

Afterwards, everyone returned inside and UCR President Mike Bryan reviewed some of the well-attended, recent club activities. These included the 40th Anniversary Club Picnic, the 21st annual Can-Am PCA Club Race, various Fun Runs, Rambles & Tours and the NNJR/UCR Drivers Education (DE) event at Canadian Tire Motorsports Park (CTMP). Mike then talked about upcoming events including more Fun Runs; an August DE at CTMP, the September Social at Oakville Porsche Centre, the October 1 Volksfest at Ontario Place and the November UCR Board of Director Elections and Social at The Islington Golf Club.

Mike then presented UCR pins to all the new mem­bers or first-time Socials attendees. These were Willie and Beverly Cahill, Paul McCreery and his guest John, Bruce Pinkerton, Pierre Seunik and Barry Zilberberg.

I really encourage all new members to attend a monthly social. We will assign you a mentor to intro­duce you to other members and to help answer any PCA/UCR-related questions.

Hostess Dagmar Ruehl-Pegg then concluded the evening with her traditional raffle. She awarded vari­ous Porsche-related prizes including posters, books, clothing and free VIP tickets to Oktoberfest at Ontario Place. Thanks go to the Socials volunteers Randy Ga­nanathan and Dagmar at the event registration desk, Mario Marrello who looks after ClubRegistration.net and Kathleen Wong and Kimberley Viney for their event management skills. 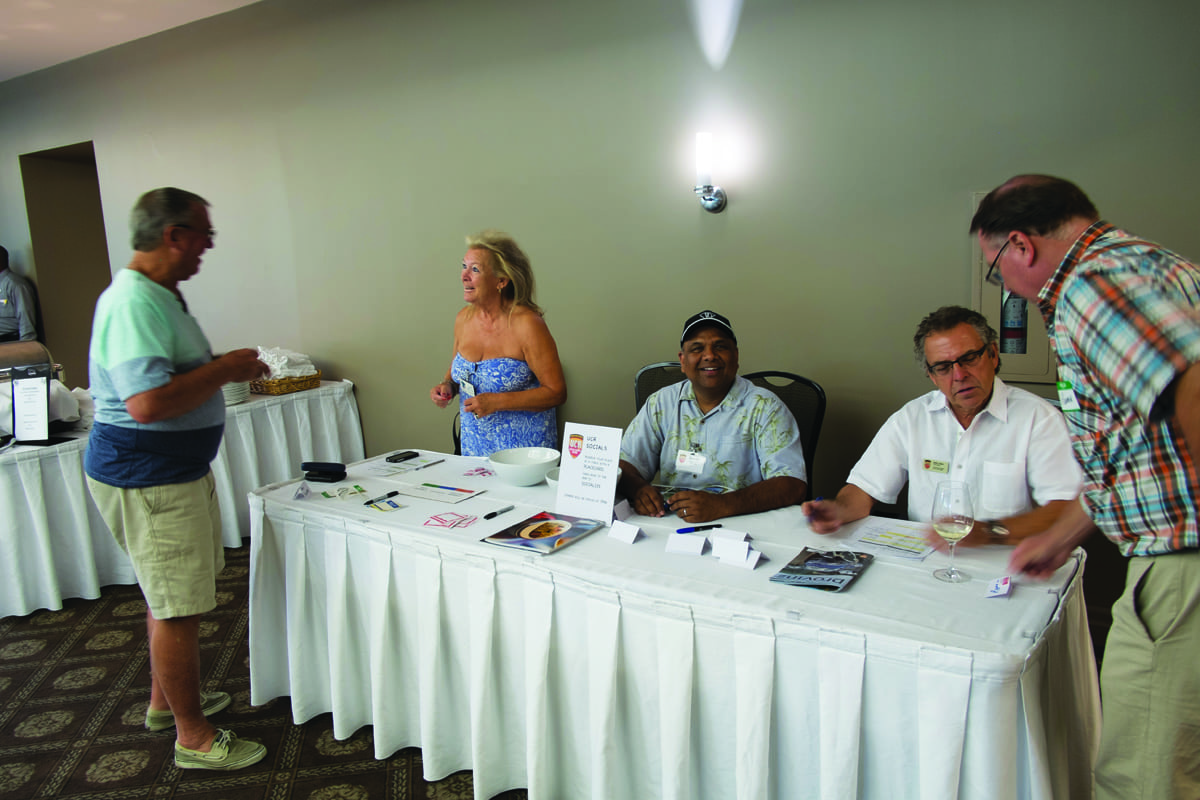 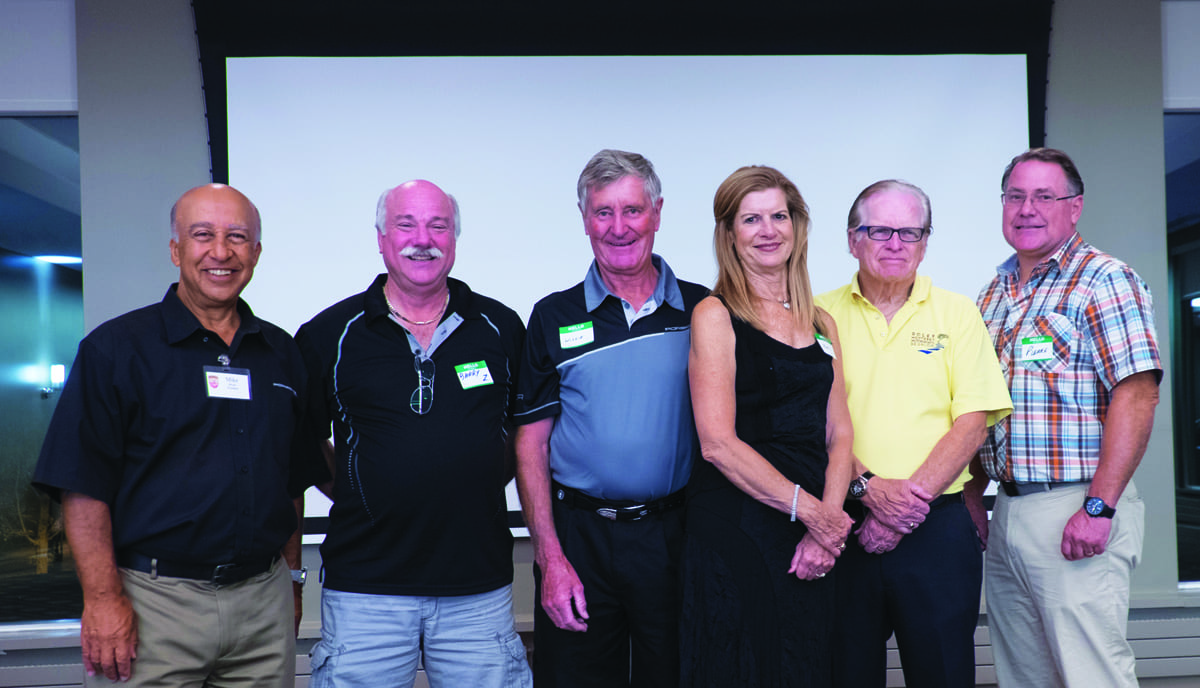