BARNFYND:  Imagine finding this treat under your tree on Christmas morn? 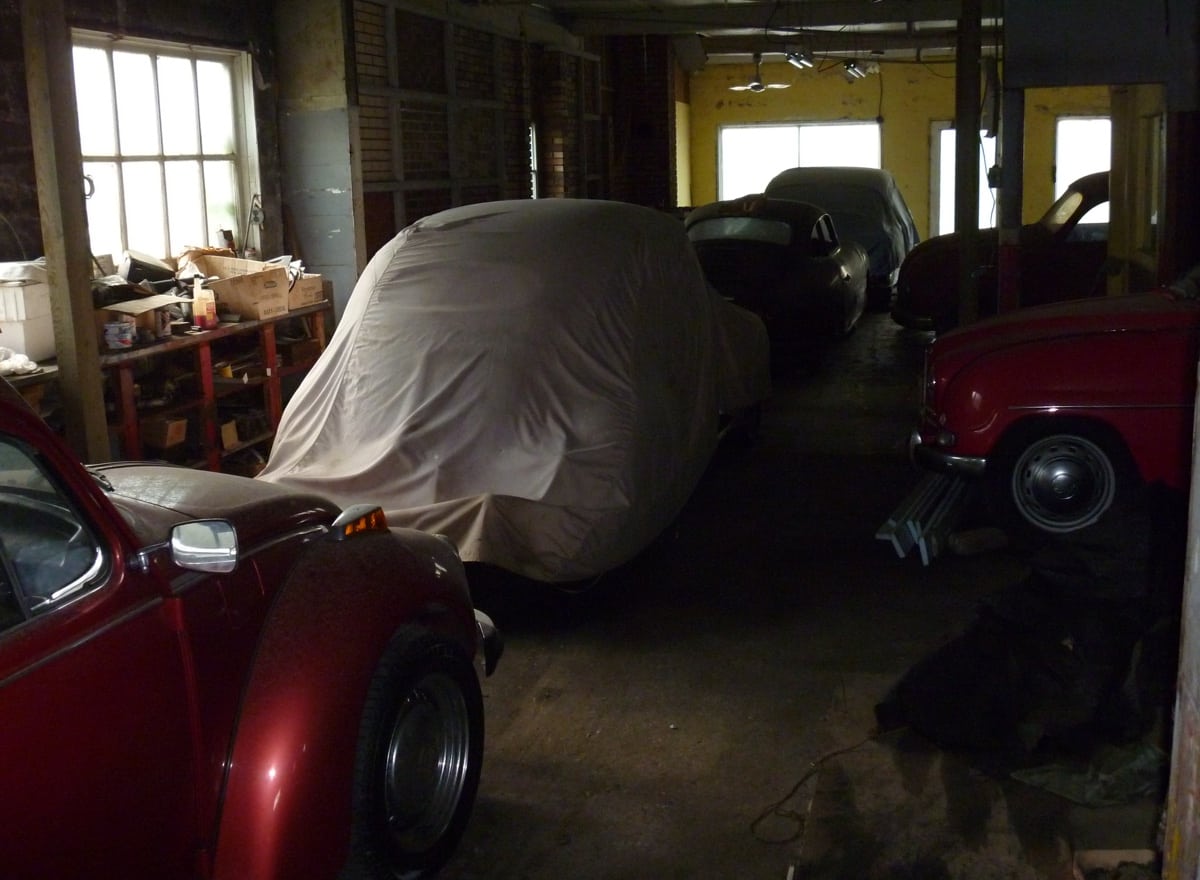 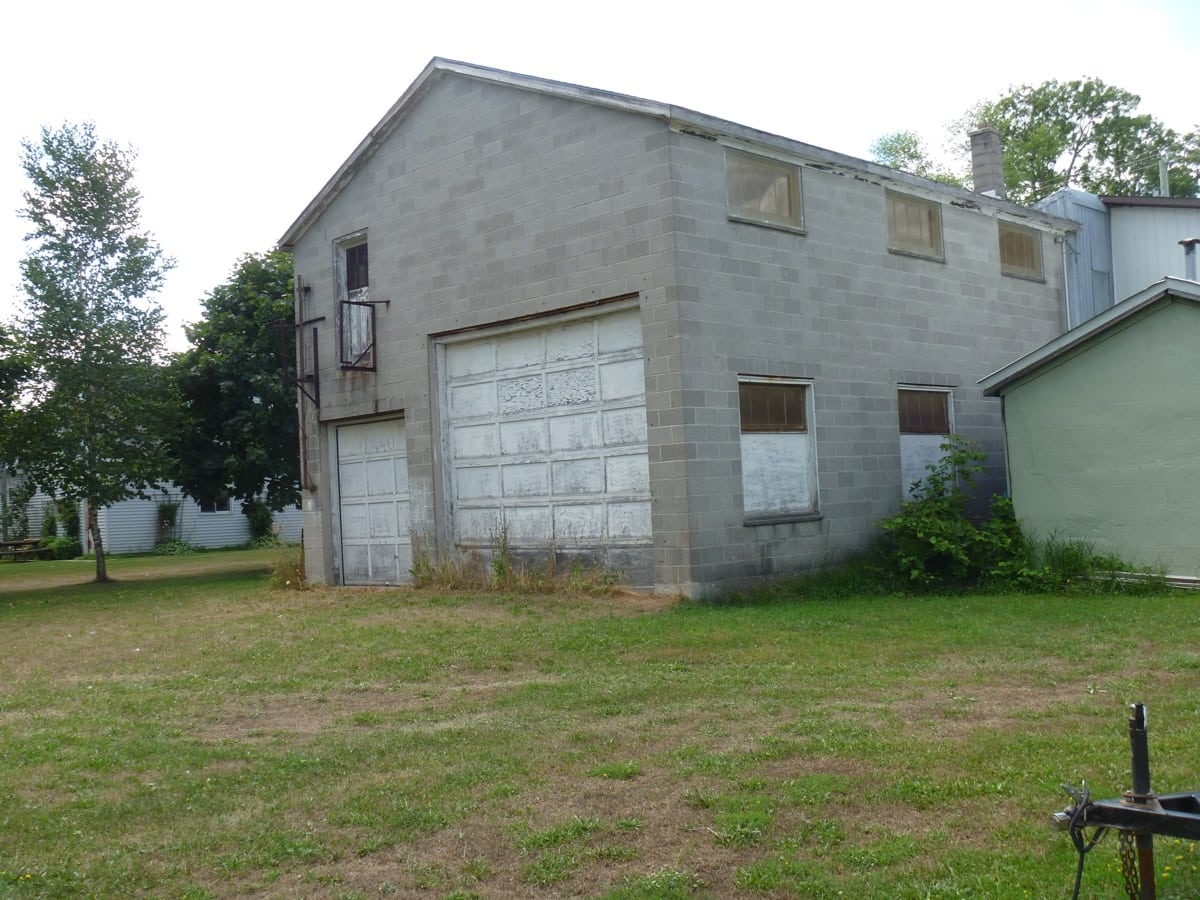 Everyone dreams, most of us imagine winning a lot­tery, becoming a dot com billionaire or some totally wild quest. Many of us began with imaginations honed writing letters to Santa as kids, going shopping with parents for toys as preschoolers, saving pocket money to buy our favorite game through middle school to newspaper delivery routes or shoveling snow for neighbours and work­ing those boring summer jobs to save-up for our first big kid toy, the ultimate freedom machine, our first car.

My first car was a 1965 Mustang, which needed extensive collision repairs. I got into street rods and built a 1949 Pontiac sedan delivery and then a 1941 Willys pickup truck with a big block Chevy motor, which took 7 years to com­plete. It seems I was always working on a car.

Seven years ago, life led me down a somewhat different path. I was able to retire at an earlier age than most people and somewhat fortunately, acquired four Porsche 356’s to be restored. My fingers just kept dancing on the eBay computer buy it now options. I must have figured it would be easier to restore 4 cars than one. Duhhh

I ended up at Restoration Design, to buy replacement panels, in Michigan several times and just like the Gillette guy said “I liked it so much I bought it” Actually my two sons who were finishing college and university and had no meaningful jobs to go to so we ended up being owners of a business that was not doing so well. Getting a business moved into Canada and making it profitable was a bigger job than I had anticipated, but we had help from many.

I heard about the secret barn of Mr. Alex G from his son who came to us for parts to restore his 356. He told me about a Pre-A that had been in storage almost from the day Alex had acquired her, about 35 years ago, stored in a barn in a remote farm outside Toronto, while Alex lived in the city. He mentioned that his Dad had a collection of Porsches, vintage VW’s and other exotics, mostly from the early fifties.

A few years later, as his restoration project neared completion, I asked him about his Dad’s secret barn to which he replied that he heard some cars had been sold re­cently. My heart skipped a beat, I immediately asked him for his father’s phone number and he said that he would email his brother to obtain the number. Alarm bells rattled in my brain, why a son didn’t have his own father’s telephone number. I was obviously backing the wrong horse, boy did I say to myself what a clotz I had been to not pop the question earlier, while I cultivated him, offering lots of free advice, dreaming of setting eyes inside that secret barn. 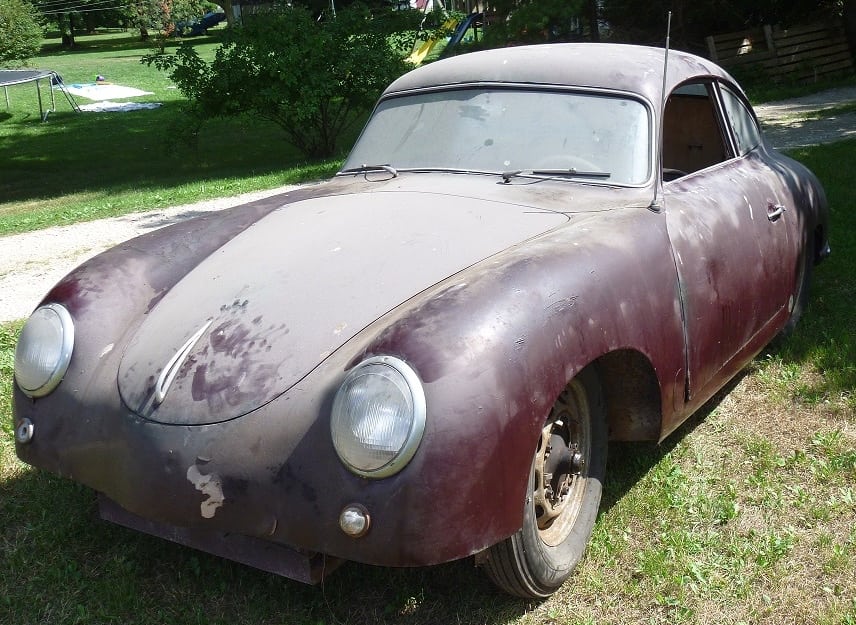 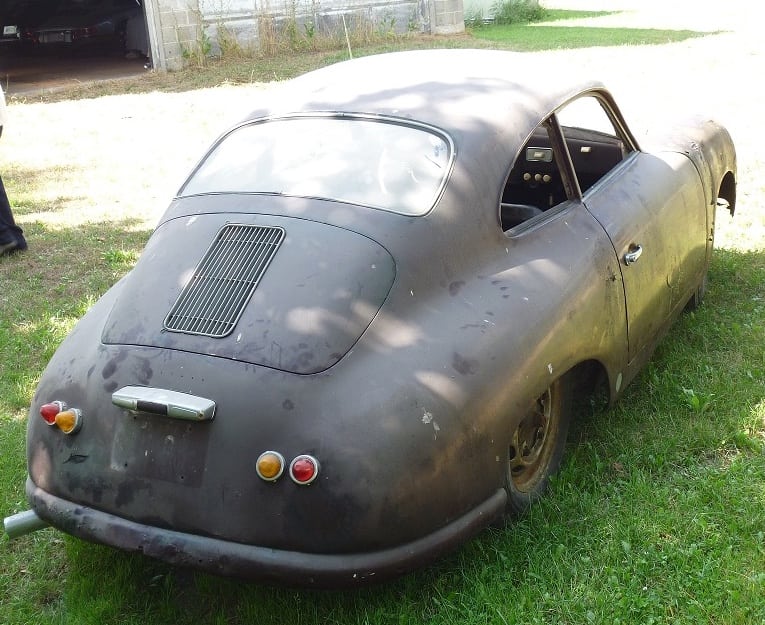 You see, I had begun building our business, aptly named Restoration Design Inc., in Guelph, Ontario about seven years ago, where we were manu­facturing parts for 356’s, 911 and 914s because NOS were becoming scarce as prices of cars began to appreciate. But a locked-up Pre-A was beyond my wildest dreams and I somehow had to get to Alex, and his son wasn’t my ticket.

Fortunately, a local 356 club member came to my rescue. Since I set-up shop to manu­facture Porsche sheet metal panels, having bought equip­ment such as large bed CNC mills, heavy tonnage presses, sheet metal coil handling equipment, numerically con­trolled shears, even a laser cutter capable of going through multiple sheets of the 18-gauge pre-galvanized steel we use, I had developed a solid network of Porsche restorers and others who worked on Porsches and other exotics. So when I began asking my network, all the guys who had local knowledge, and it so happened, a country mechanic who had serviced some of Alex’s’ cars came to us for parts. Being a friend, he gave me Alex’s phone number.

Now Alex was a tough guy, he warned, prone to memory loss as he was getting on in age, but his biggest bad habit was reneging on deals. Trepidatiously, I phoned Alex who confirmed the 1952 Pre-A he had stored 35-years ago was for sale. I asked to see it and he replied that I needed to pick him up around Yonge and Eglington in midtown Toronto, because he lived in a retirement home, and drive out with him to the farm in Monkton, Ontario, near Listowel. 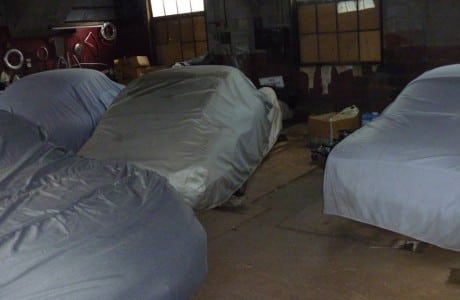 The barn was full of complete cars, parked in rows behind each other, all covered in dust. We hauled the car out, it had no motor, but everything else was intact. I asked him how much he wanted and we negotiated a reasonable middle ground. Reaching into my pocket I pulled out the $5,000 I had brought with me as a deposit, but Alex said that he didn’t want to take cash and instead wanted the entire sale price deposited into his bank account. We signed a bill of sale and I went home to my bank and wired the money. Of course, it was a Friday afternoon and as my luck would have it, Monday following was a public holiday. I was on pins and needles all weekend long. I called Alex on Tuesday morning to ask if his bank had acknowledged receipt? Yes, the money had arrived.

“May I go pick-up the car”, I asked and Alex said that he needed to be picked-up in Toronto again to be taken to the barn to hand over the car. So, I drove back to Toronto from Guelph, took Alex to the barn and we got the car loaded on my trailer. 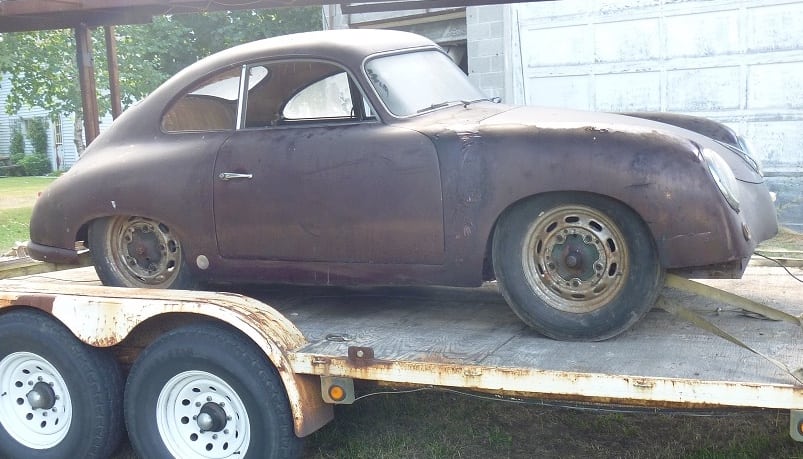 I got the car home and I was tickled pink, should I keep it this way or restore it. The car has gotten so much more attention than anticipated and everybody said keep it the way it is. I now have had the business logo painted on the side and the car has been to many swap meets around the continent and California several times.

The “Nardi” steering wheel that Alex gave me to ex­change turned out to be a fake so now my Pre-A remains attached to its original steering wheel. This car has led to several other cars, and it has helped the business tremen­dously to be recognized as a leader in manufacturing Porsche sheet metal repair panels. She has become the mascot of our business and my sons and I have been very fortunate to grow our business worldwide, shipping Porsche body parts globally from our Guelph, Ontario location.

I installed an engine, redid the brakes and shocks, and of course put new tires on it and MTO even had the license plate BARNFYND available! Now I have the ultimate “kerstcadeau” I ever dreamt about as a kid growing up in my native Holland. My 1952 Porsche Pre-A 356 wrapped in a perfect patina. 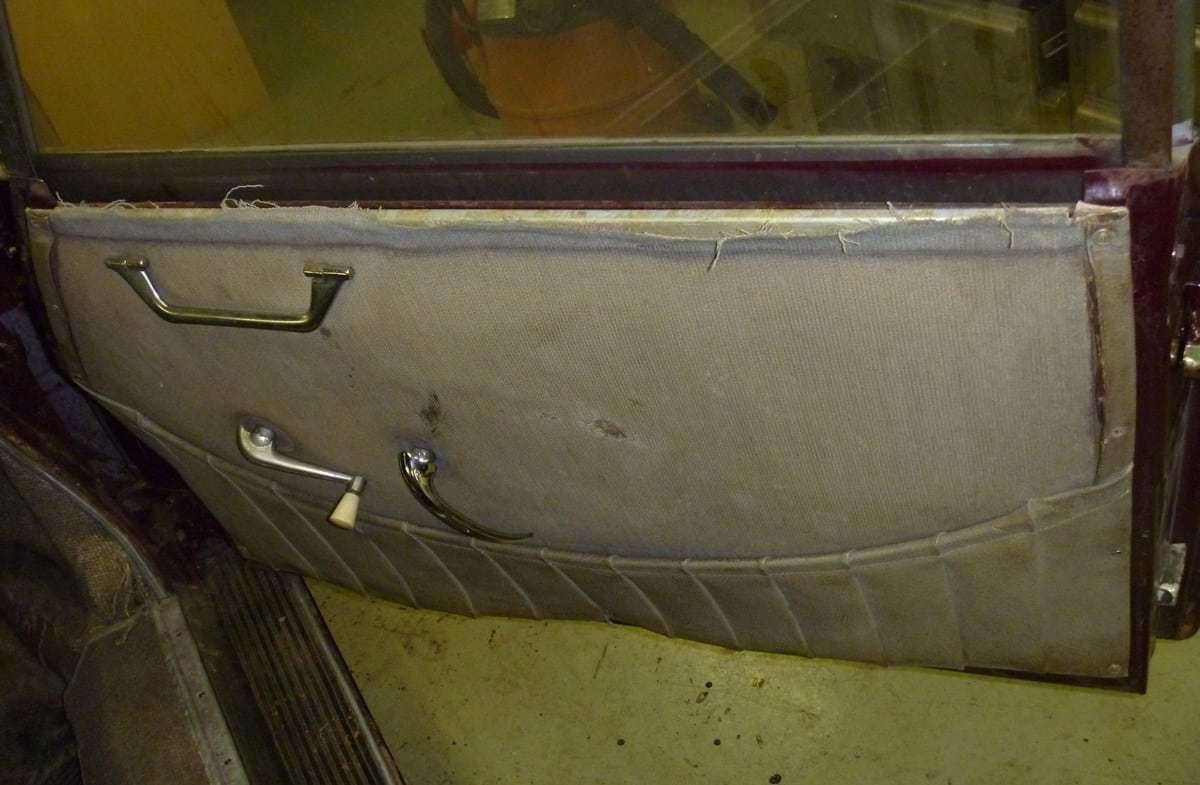 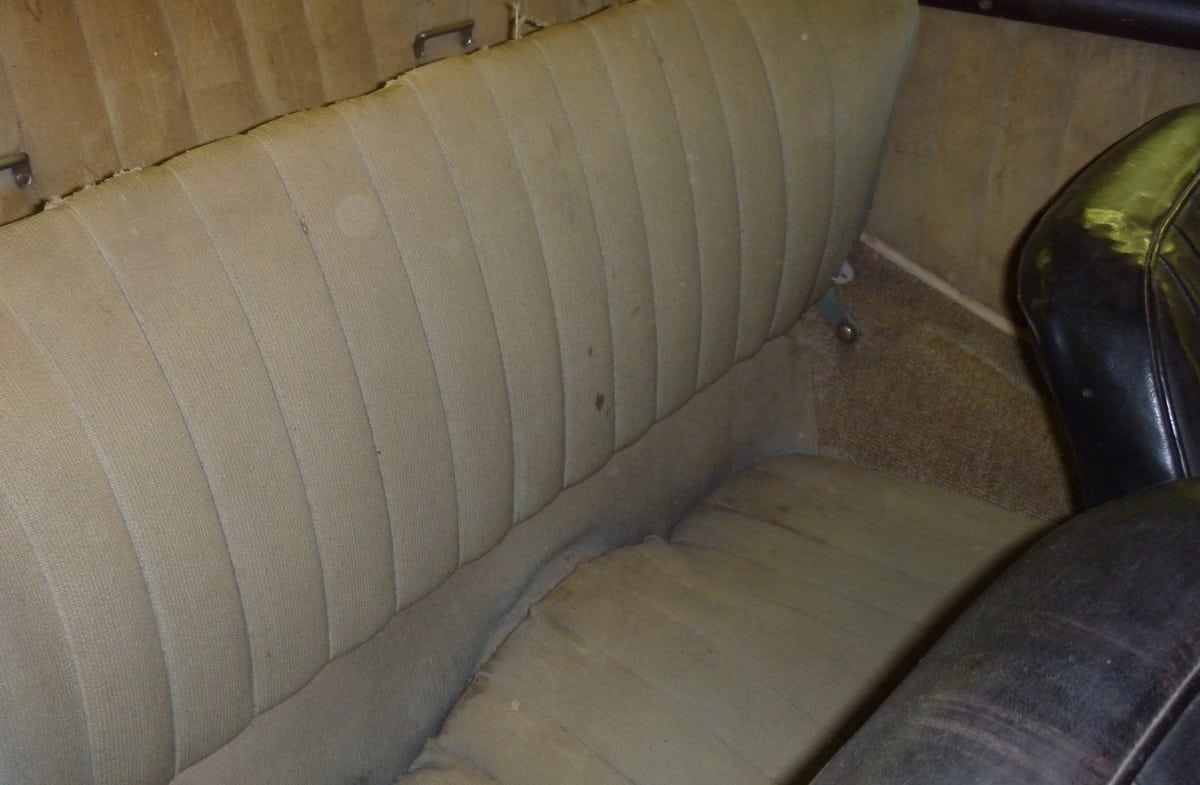 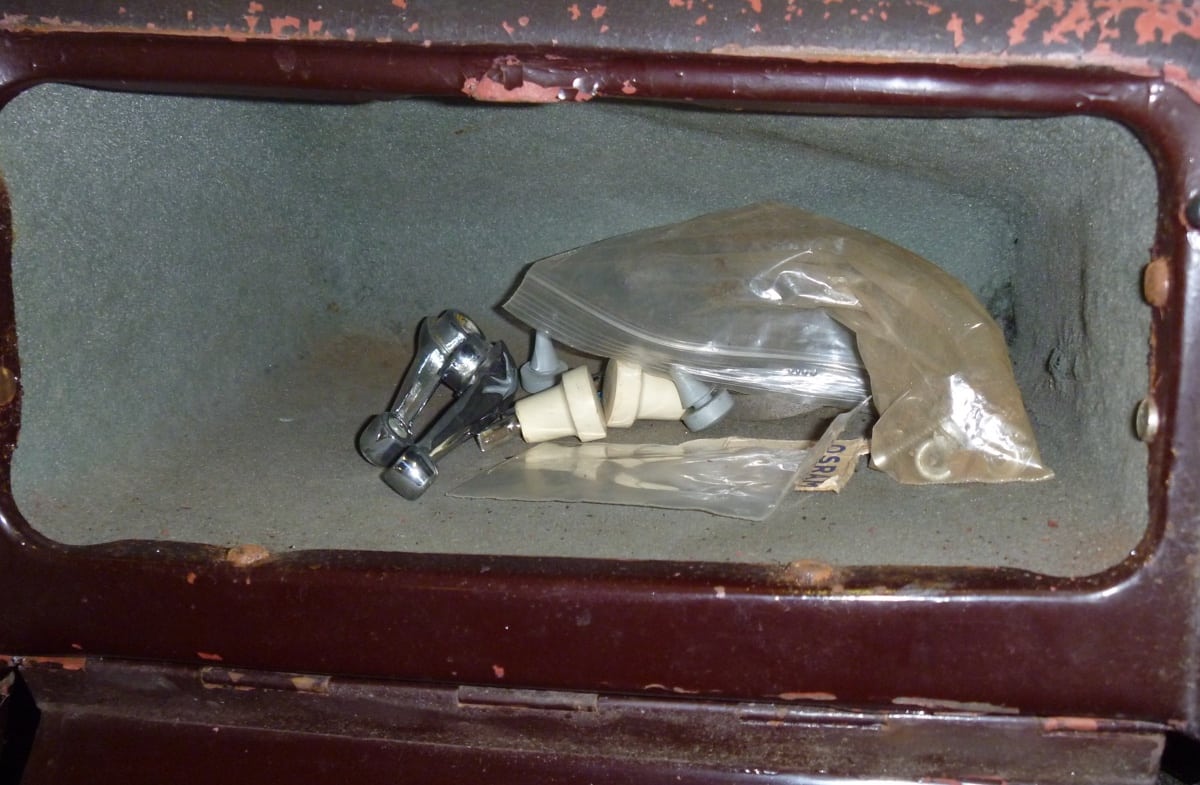