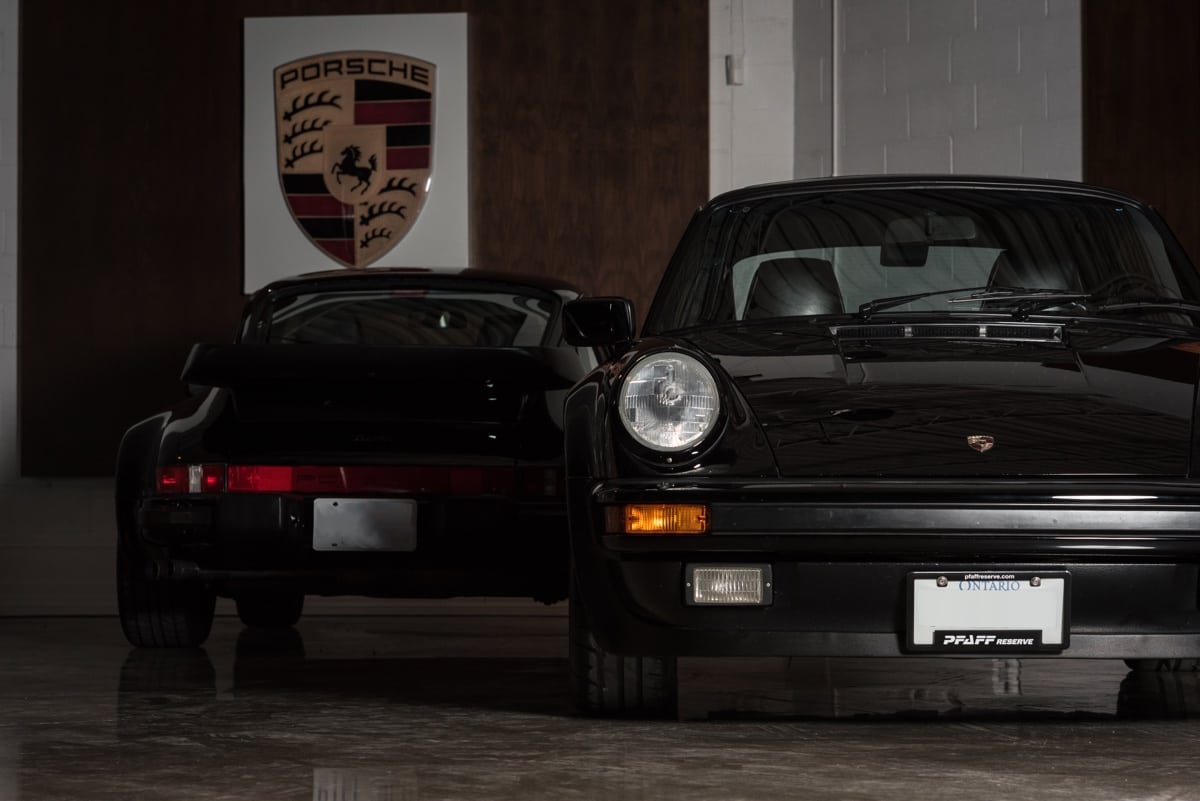 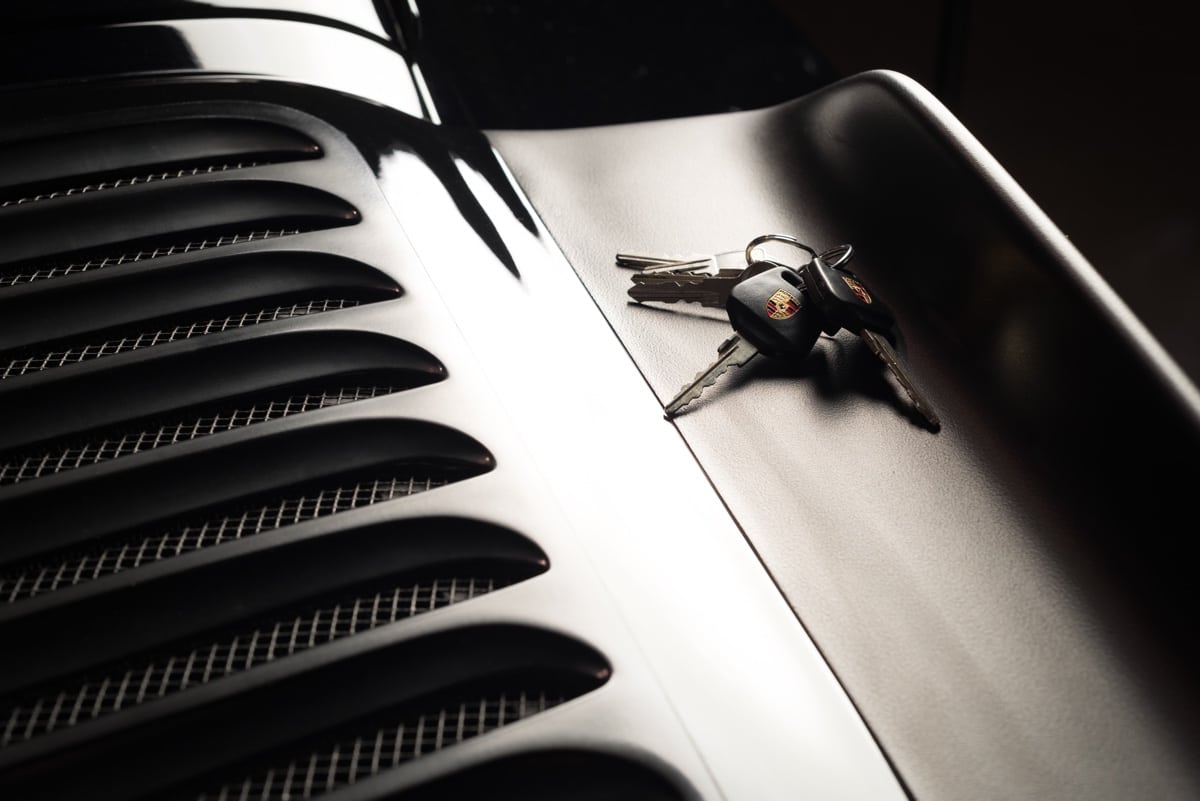 Every Monday, two overgrown children chuckle at the thought of their old schedules and journey out to a giant toybox near Toronto. Looking at one’s dad sweaters and the other’s Pumas, one would be forgiven for thinking them an unlikely pair. These self-described “apples and oranges” are here for a familiar reason, however. Their mugs topped up with Baileys and classic rock playing in the background, they shoot the breeze and bond over the muses they’ve shared since grade school – terrifying cars.

On the one hand is a quiet and contemplative man named Doug, who learned the family trade at a young age and worked steadily to grow the business ever since. Beginning with his first car (a Ford Mustang that he still maintains), Doug has gradually built up a collection of unique, low-mileage cars that most enthusiasts could only dream of. At the core of this are his prized 911s, each representing their generational flagship’s last year of production. Beginning with a 930 Turbo 3.3, the chronology carries on into one of thirty-nine X85 964 Turbo S flachbaus, a 993 Turbo S, a 996 GT2, a 997 Turbo S, and will soon include a 991 as well. The new McLaren in the corner, I’m told, is his summer beater.

Rob, on the other hand, has always moved with a little more urgency. After starting himself in a high-overhead industry, he had to establish and grow his business as quickly and efficiently as possible. It has certainly paid off, and where Doug’s collection has been decades in the making, Rob has assembled his in just three years. Though today it could more accurately be described as a stable, Rob’s Rosso Corsa lineup is punctuated by a few special Porsches that complement Doug’s. Since starting with his ‘grail car’ (an exceedingly rare 964 Turbo S Package – one of 17 ever made) in 2014, he has picked up a 930, a one-owner 944, and a barely-unwrapped, ultra-rare black PTS 991 GT3RS. 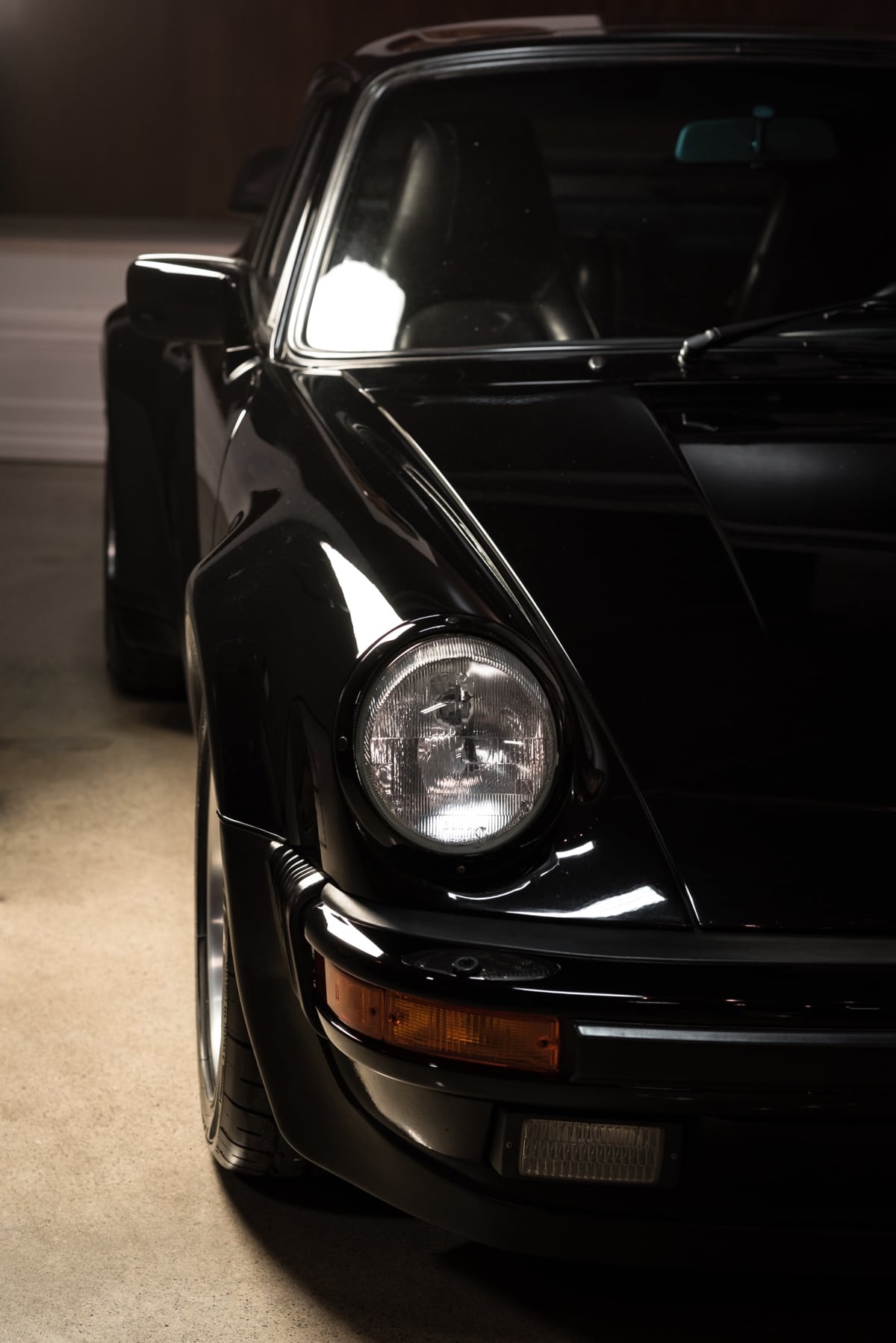 Although their lives and collections have developed along different paths, they share common roots. Doug and Rob have been best friends since the fifth grade. Starting with dirt bikes (before graduating on to proper cars), the two have had over forty years to cultivate hilariously different (and equally paradoxical) personalities while still fawning over the same subjects. But before we start, we are going to turn back to the decade of absurd dancing and outlandish cars – the 1970s.

Teenage boys like to sneak in to the sorts of places where they can shamelessly drool over voluptuous curves, and Doug and Rob were no exception. On one such pilgrimage, however, they fell head-over-heels for one out-of-reach rearend in particular. Acknowledging the cliché, Doug recounts turning to Rob in front of a bold black 930 at Downtown Fine Cars and telling him that he would “have to own one someday.” Over the next few months we are going to be looking at each of the two UCR members—Doug and Rob’s vehicles, their approaches to collecting, and what makes these two petrolheads’ garages so unique. 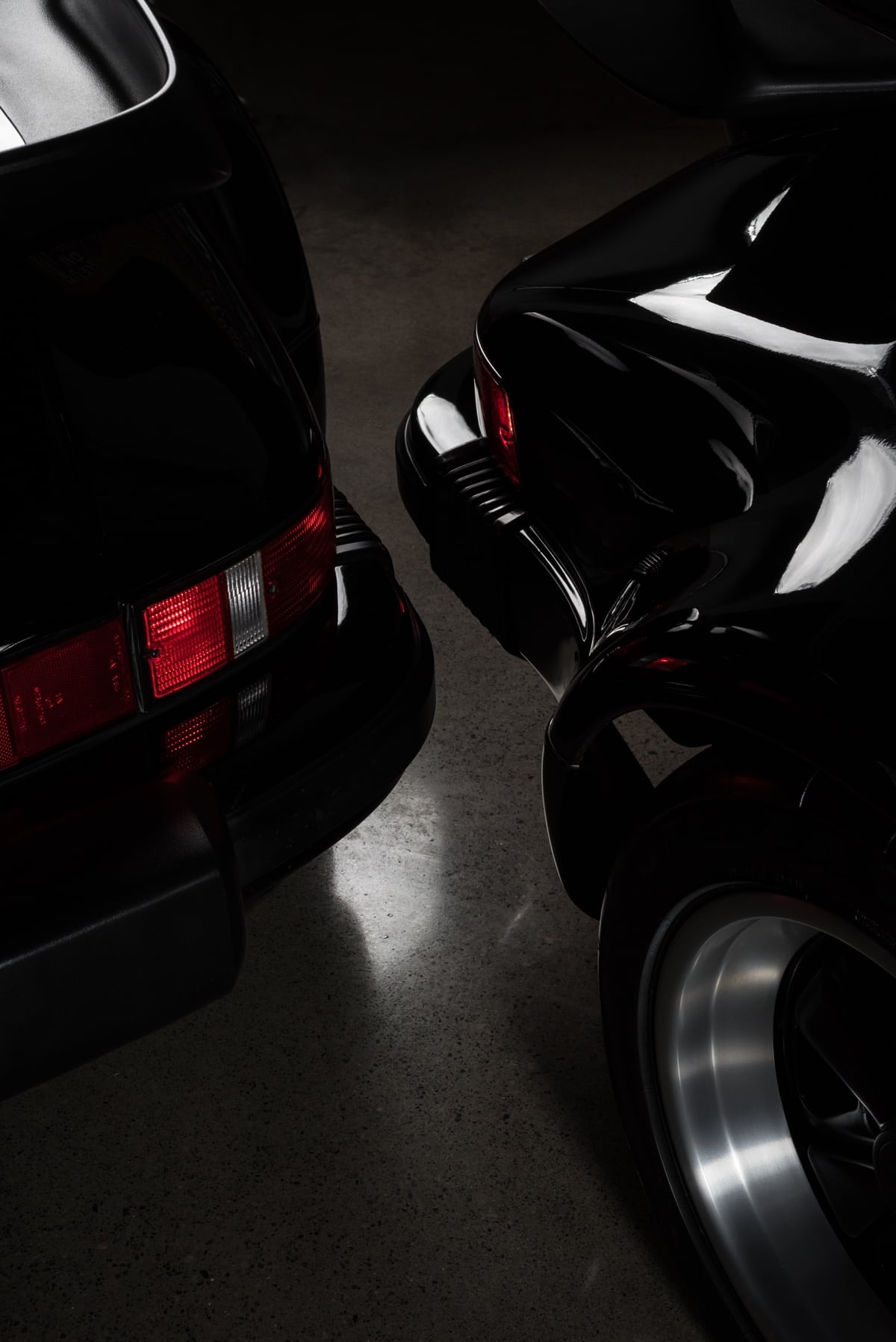 At its heart, the Porsche 911 had always been a relatively sensible sports car. The engine may have been in an odd place, but this allowed for two extra seats in the back. It could speed through the twisties if you wanted it to, but it could also haul children and groceries, and even pioneered the rear wiper. Not only did it become the quintessential 2+2 sports car, but it was also a humorously stereotypical German sports car.

Porsche has always treated the racing circuit as a proving ground for future road technologies, and in 1972 Zuffenhausen was looking to take a cataclysmic step. Reflecting on the successes of turbocharged racers like the 917, Porsche engineers began to explore how this technology could be applied to the famed 911. Known internally as the 930, Porsche mated the proven 3.0L flat-six with a slow but violent Kühnle, Kopp & Kausch turbocharger. A reinforced four-speed transmission absorbed the increased torque coming down from the crank, and could thrust the Turbo to a blistering 250 km/h; over time, this configuration evolved into a more predictable 3.3 litre, 280 km/h terror. Sensibility be damned, this whale-tailed thriller transformed the 911 into an exhilarating exigency. And while it was originally only intended as a 400-example homologation special to meet FIA requirements for the 934 and 935 race cars, the road-going Turbo’s wide haunches and enormous torque attracted unprecedented attention and quickly sowed the seeds of a legend. 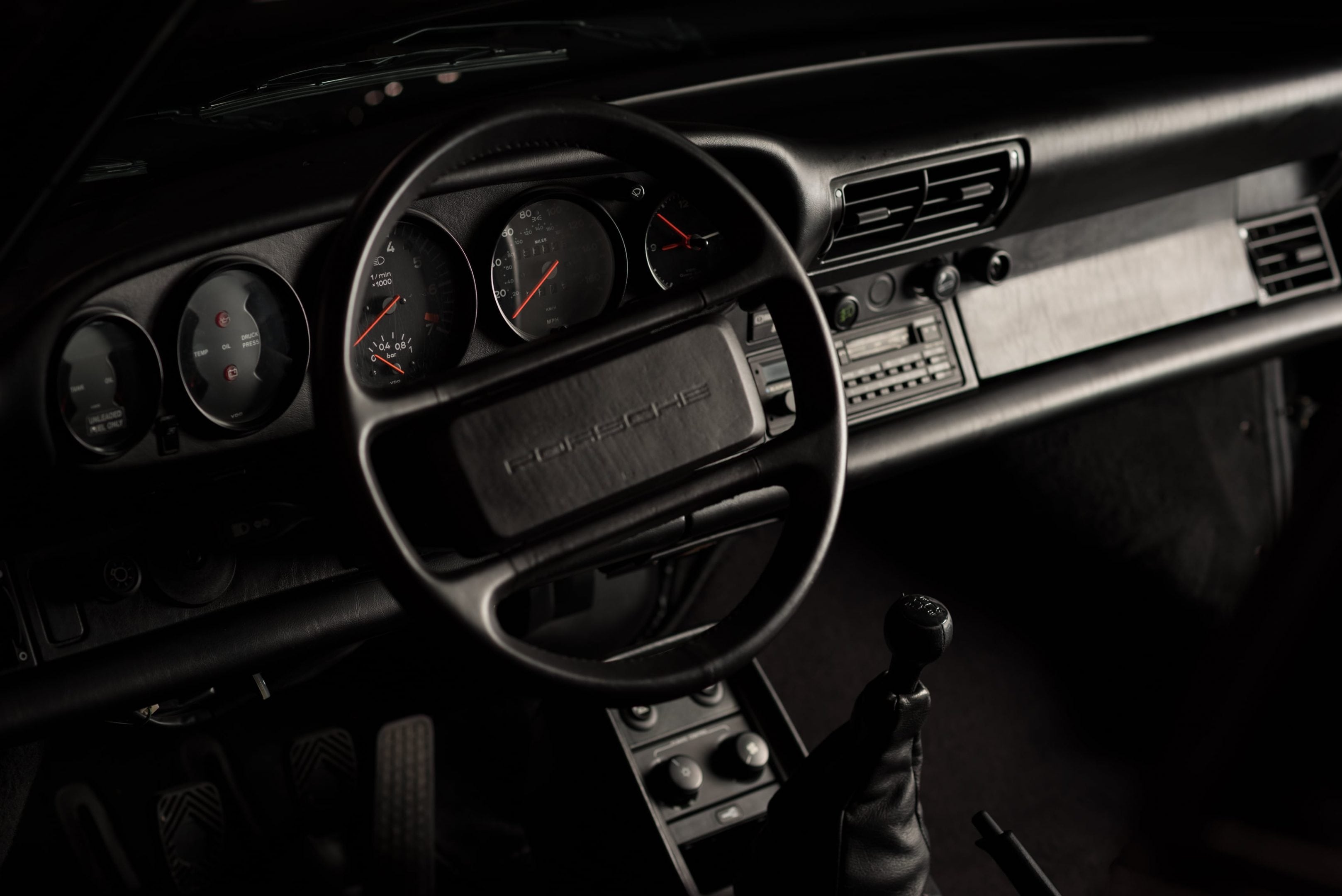 From their factory Blaupunkt stereos to their untinted windows and gleaming leather, a fine polish accentuates both cars’ exceptional condition and originality

In all, more than 21,000 930 Turbos were built between 1975 and 1989. One needn’t look far to find a respectable example today, especially as rising values draw ever more cars out of the woodwork. But while plenty of ‘widowmakers’ can still be found prowling down Bay Street, few can hold a candle to this pair.

Like kids with friendship bracelets, Rob and Doug share keys to one another’s garage. Rob is just pouring his coffee as I step into his shop for an early-morning shoot, so Doug’s freshly unloaded ’89 5-speed serves as gatekeeper; behind it, Rob’s classic 4-speed waits patiently to come down from its lift. There is little indication that either car has been exposed to the dangers of the road, yet Rob’s has been enjoyed over some 56,000 miles (though Doug’s has admittedly only seen 3,060). From their factory Blaupunkt stereos to their untinted windows and gleaming leather, a fine polish accentuates both cars’ exceptional condition and originality. Much to Doug and Rob’s amusement, I hesitate even to approach without cotton gloves and shoeless feet. 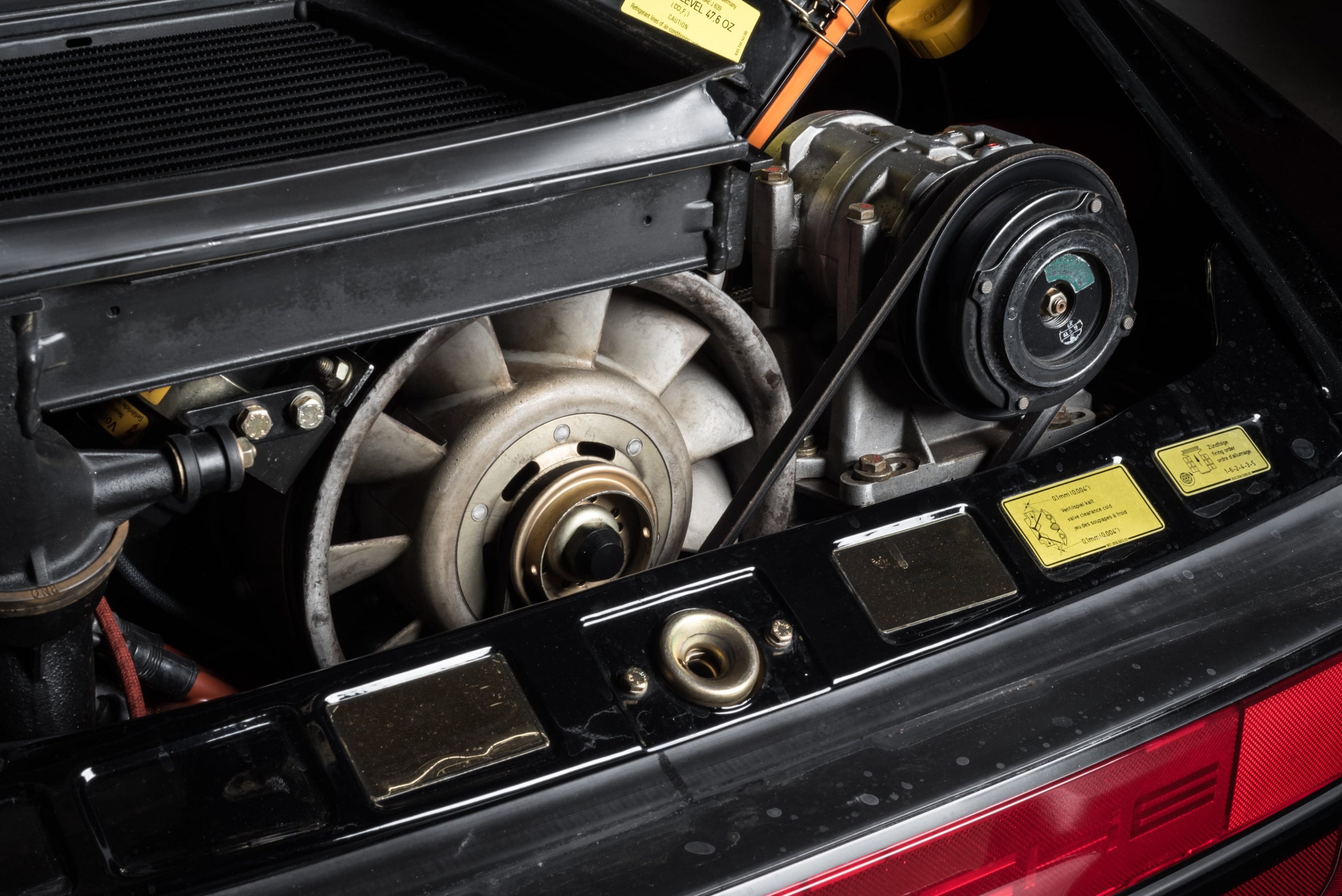 Descending on the cars with a camera and two strobes in this dustless, positively-pressurized environment with automatic CO evacuation systems is something straight out of a dream. Attitudes toward driving and preservation are to be the subject of a later article, but even for someone inclined toward the former, it is hard to discount the validity of the beauty afforded by the latter. I had shot with Rob’s car before, but having the two together was a unique pleasure. Seeing the cars from two angles at once, a pose directed by our Provinz Editor, provided a new perspective on the glamour and absurdity of their proportions. By tessellating their rear ends, the eye is drawn down from the brutality of their spoilers to the beauty of their bumpers’ complementary curves. Viewed in this way, even polarizing details like the G-series impact accordions accentuate the 930’s artful geometry. Swathed in soft light, I might actually dare to call these monsters pretty. You still get the sense that they would rather be preying upon small animals, but there is a simultaneous peace to be found in their sweeping, unblemished lines. 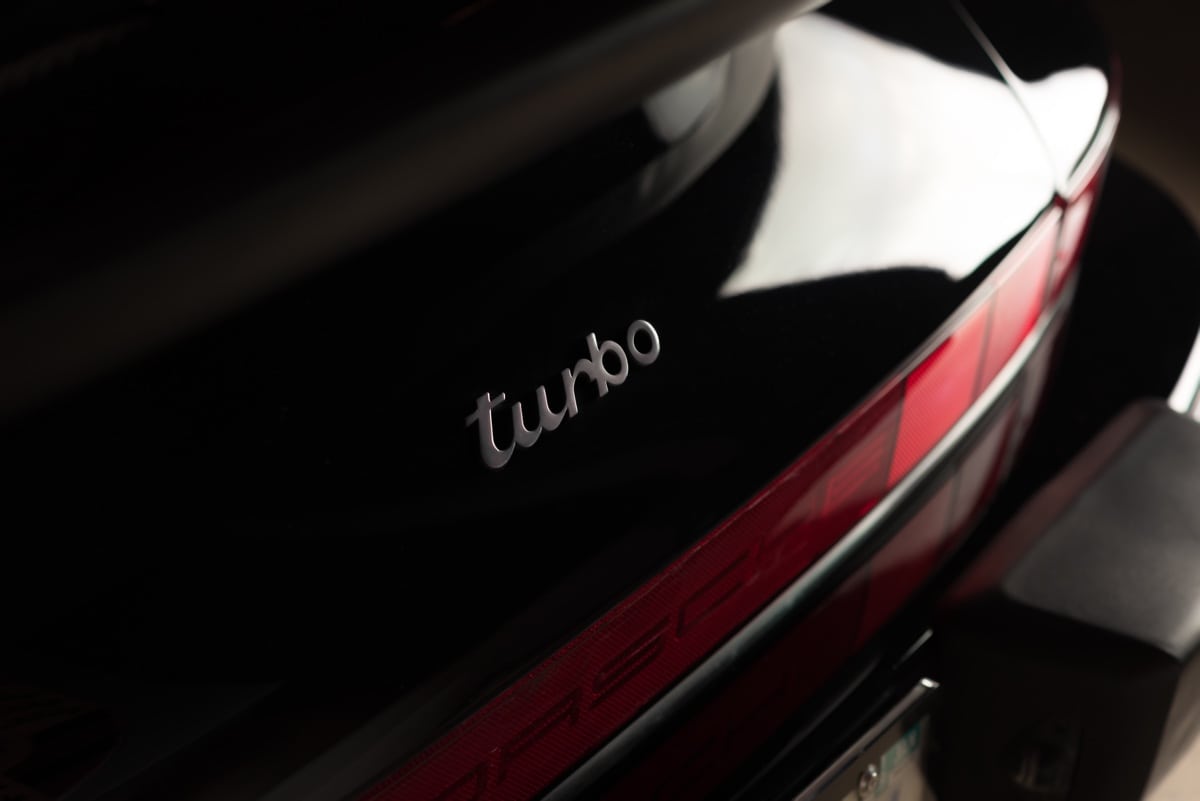 High contrast photography often depends on the condition of the subject. Shooting from tight angles typically reveals hidden blemishes, yet here the harsh light of the flash simply casts easily missed details like the under-wing Porsche crest into pleasing relief. The photographers reading this will doubtless be accustomed to adjusting their composition to conceal unflattering dirt or other imperfections, this simply wasn’t necessary – indeed, the greatest hardship of the day was simply trying to keep Rob’s F40 out of the background. 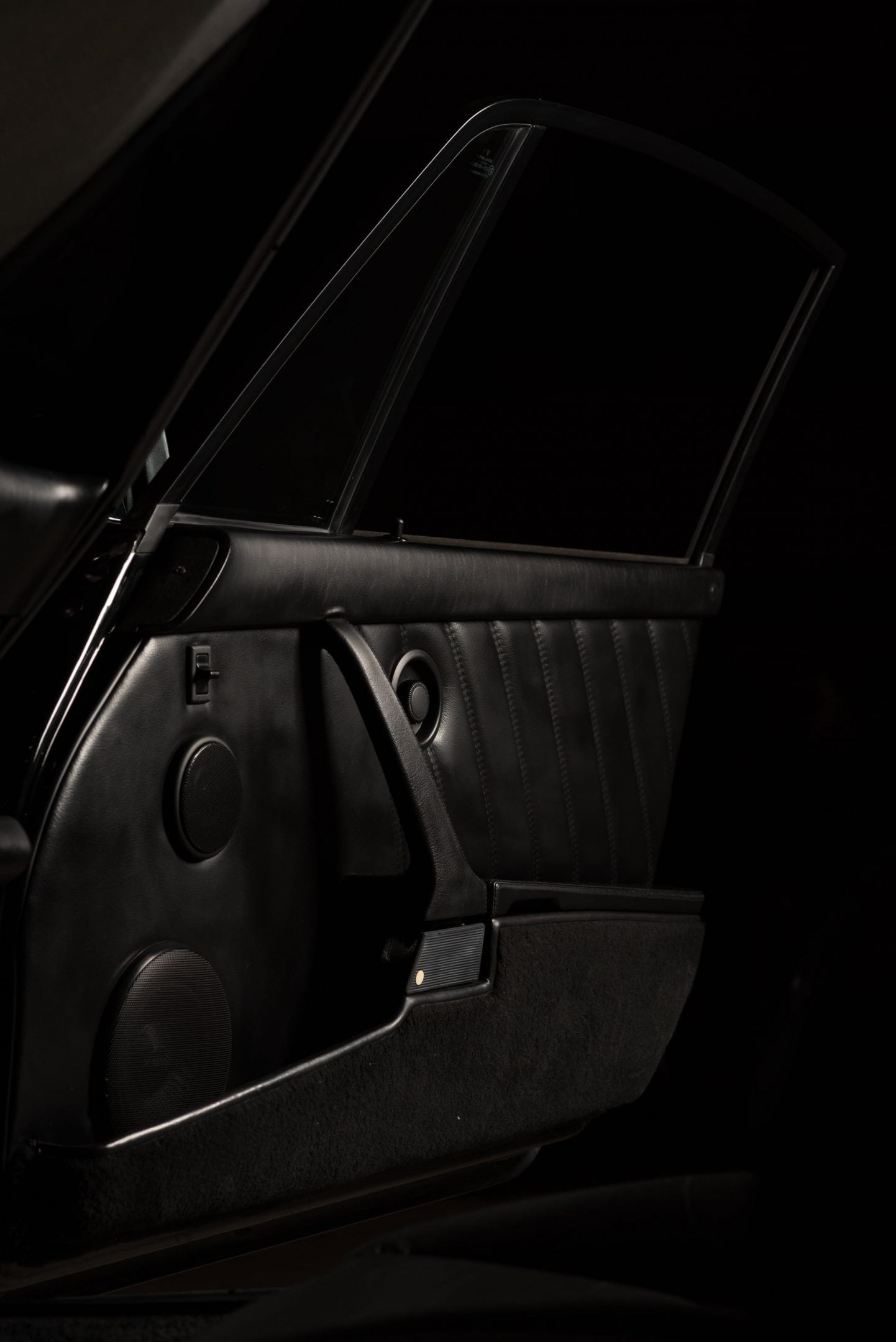 The February weather is still too Canadian to take them outside, but even just turning the keys of these grumbling 3.3s is a thrilling experience. The interior has all the comforts of any other G-series 911, but any illusion of beauty is shattered the moment the starters catch. Looking at that great wing in the gently vibrating mirror, one is nevertheless reminded of how this car earned its infamous nickname. It isn’t hard to see how the comfortable seats and modest tone of the lower revs could lull a yuppie into complacent driving habits – at least until they gave the turbo enough whoosh on a spirited evening and suddenly found themselves turned the wrong way ‘round.

The Way We Were…