It was a warm sunny Saturday morning, a welcome change from the dreary, rainy weekend before it. What better day to spend some time with other local Porsche enthusiasts than at the Cars & Coffee season opener event hosted by Porsche Centre Oakville. Coming from the east end near Pickering, it was a rather far trek to Oakville, but the early morning air and sun were perfect ingredients for a nice long cruise.

It has been many years since PCO started hosting the Cars & Coffee event and each year it seems to be bigger than the last. This year’s season opener on May 13th was no exception. The event was scheduled to commence at 9 am. Arriving just shy of 9:15 am, the streets where PCO is situated were already filled up and lined with all different models of Porsches, joined by a couple of other non-Porsche supercars. There were a few car spotters standing on the street, snapping away on their cameras and trying to capture the beauty of the parade of cars arriving. It was quite a spectacle. I ended up parking almost a block down the street but that didn’t bother me because it was awesome checking out all the different Porsches lined on the street while walking towards the PCO building. 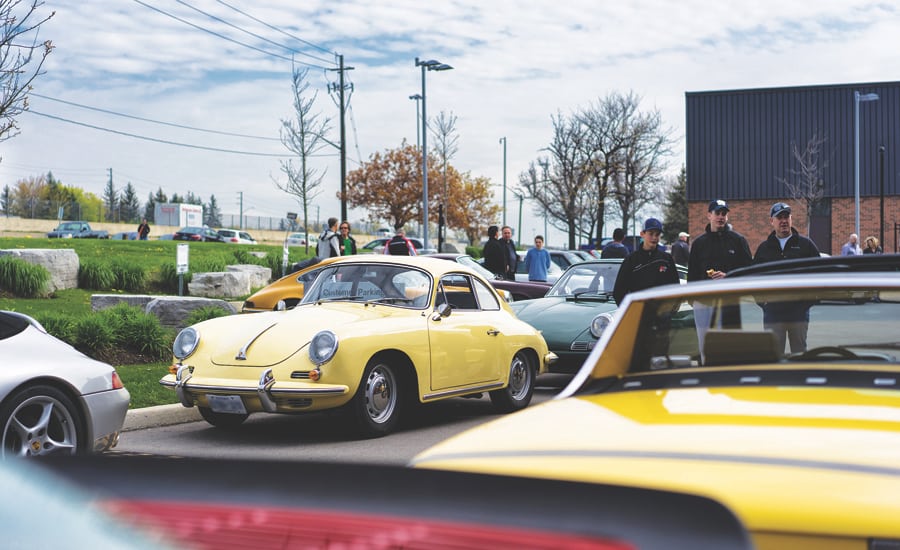 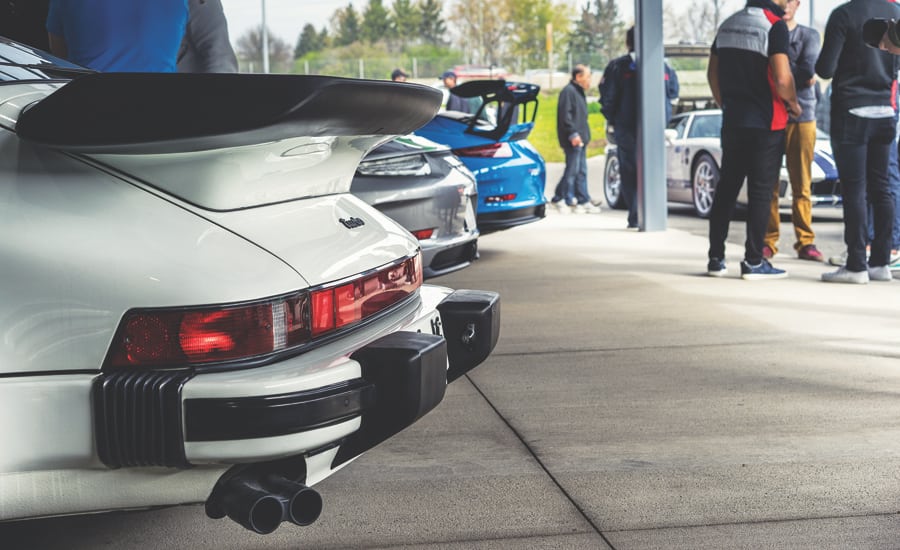 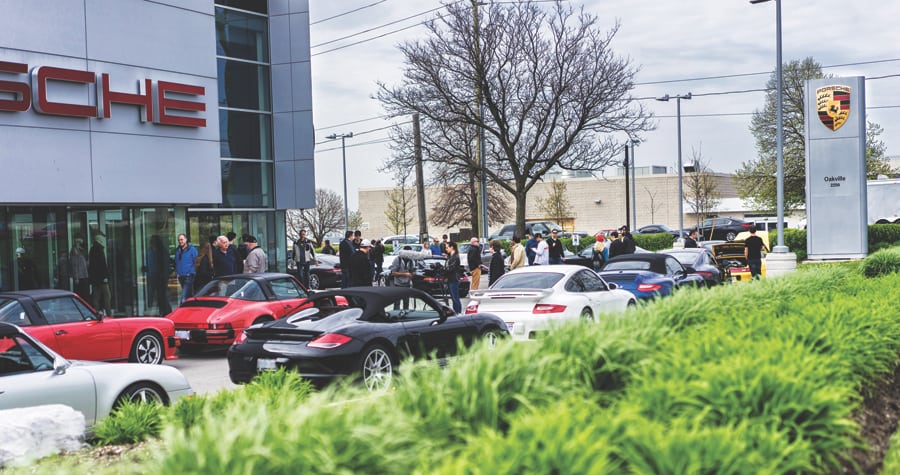 What is great about these Cars & Coffee events is that there is always a large variety of models to drool over— from classics like the 1963 B-Coupe T6 to a 964 Turbo and also modern missiles like the 911 GT3s and the rare 911 R. However, there was one Porsche that I hoped to see but was not present. Are there any Carrera GT owners in the GTA? Because that would have been the sweet icing on the cake for me. Aside from the cars though, it was a great opportunity and a treat to connect with the owners and other Porsche enthusiasts over coffee and food. Even Alegra Motorsports driver Daniel Morad was there, mingling with fans! There was a camera crew there as well, interviewing the owners of some of the classic Porsches on display and making the whole event feel even more special. The organizers at PCO definitely have these events planned out well as they also opened up the garage area where we could see various brand new Porsches sitting on their hoists. I felt like a kid in a toy store when I walked inside, dazzled by the newest toys on display.

Inside the showroom, I noticed a little boy no older than 3 years old sitting in the driver seat of a brand-new Jet Black Metallic 991.2 Carrera S. His father was beside him while the little boy grabbed the steering wheel and pretended to be driving. This reminded me that this event is not only for Porsche owners, but it is also a family event that welcomes future enthusiasts and is a great opportunity for father and son to bond over cars. I can’t wait until my son is older so that I can bring him along to future Cars & Coffee events.

After grabbing my second cup of latte, some people began to make their way out and I heard the musical sound of cold starts firing up one after another. I don’t think there is really a need to have an audio system when you can listen to the Porsche engine sing—but that’s just my opinion. It was after noon by the time most people departed, having enjoyed their coffee and the company of their fellow friends. Without a doubt, this had been another great and successful event, generously hosted by Porsche Centre Oakville for all to enjoy. I just can’t wait for the next Cars & Coffee!