By Mario Marrello, UCR Past President (from Provinz February 2015 page 14) 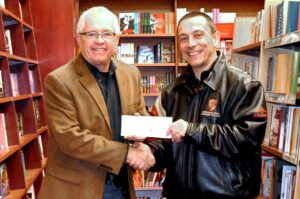 UCR’s Past President Mario Marrello presents the cheque to Robin MacDonald, the Board Chair of OSAID

In 2014, UCR and the Trillium Chapter of the BMW Club teamed up to put on two Street Survival School events.

The Street Survival School is intended to be nonprofit, but we got sponsors and great participation so we ended up with a little more revenue than we needed to cover the event. As a result, the boards of the two clubs elected to split the proceeds and each club would donate to an appropriate charity.

Through careful consideration, UCR chose OSAID. As the objectives and target market of OSAID and the SSS are quite similar, this was a good choice.

Impaired driving is not only about drivers who’ve had too much to drink. Impairment involves any substance or circumstance that renders the driver unable to control the vehicle. Unsafe driving practices are also responsible for teen driving fatality and injury. OSAID encourages its members to address the issues of excessive speed, street racing, seatbelts use, drugs and distractions when driving.

Impaired driving is the leading killer of teens. OSAID Inc. is a registered Canadian Charity with secondary / high school student members. Every year 5000 OSAID students run school events, presentations, and community activities to promote the issues of sober and safe driving to their peers. OSAID students practice leadership. OSAID’s awareness raising program is centred on its peer-topeer education plan—OSAID members help their friends and families to understand the dangers of driving impaired.

OSAID reaches more than 300,000 students annually. Since its inception in 1987, OSAID has graduated thousands of youth leaders who are now living, working, and driving in every community throughout Ontario. OSAID presently manages over 300 OSAID chapters and 5000 volunteers annually utilizing 200,000 volunteer hours toward reducing driver-risk and injury in the province of Ontario.

Every year OSAID programming reaches beyond the school environment to positively impact over a million families. Each year, 5000 parents across the province watch their teenagers grow to become OSAID leaders in their communities. These youth launch motivational and educational campaigns to promote a practical and responsible driver-safety message to a hard to reach audience—their peers. 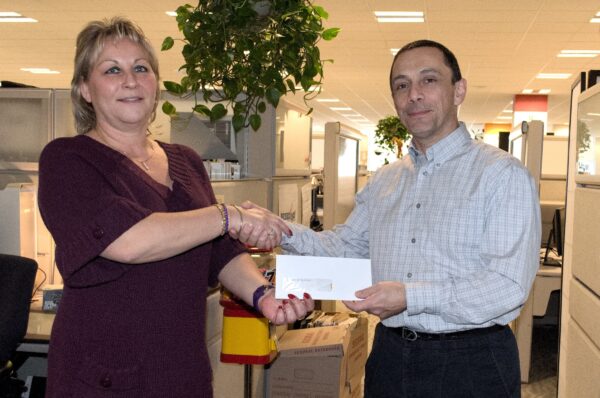 On December 30, 2014, Mario Marrello delivered a cheque for $1500 to the Toronto Star Fresh Air Fund. Barb Mrozek, Director, Charities and Philanthropy was on hand to accept the cheque. 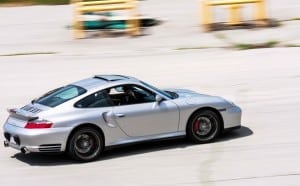 The Toronto Star Fresh Air Fund is a children’s charity that provides grants to camp organizations to subsidize fees for underprivileged and special needs children from the Toronto area each summer.

The money was generated from the proceeds of the 2014 Autocross events and the Toronto Star charity was selected as a way of saying thank you for allowing UCR to use their facilities for the event.