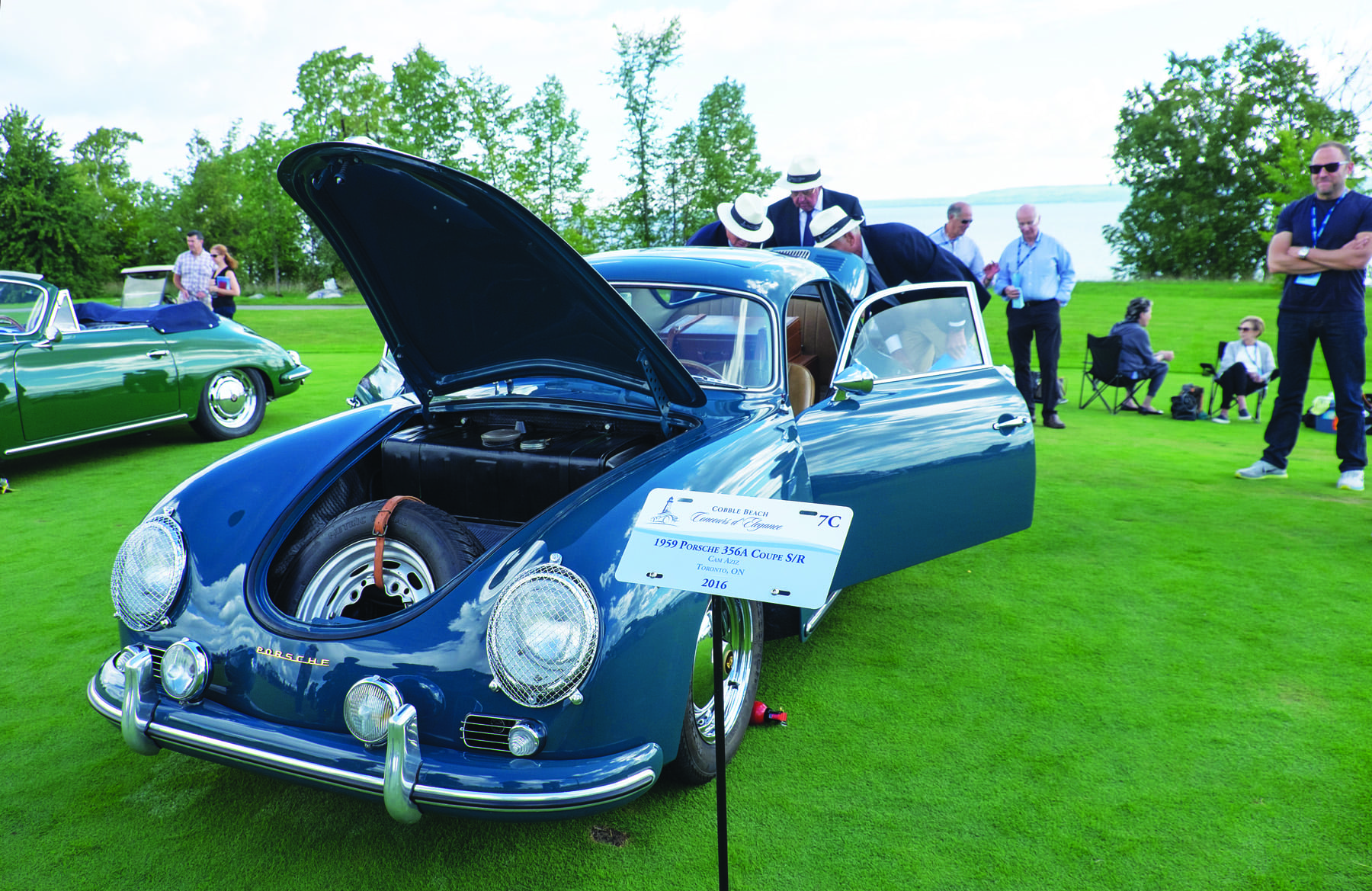 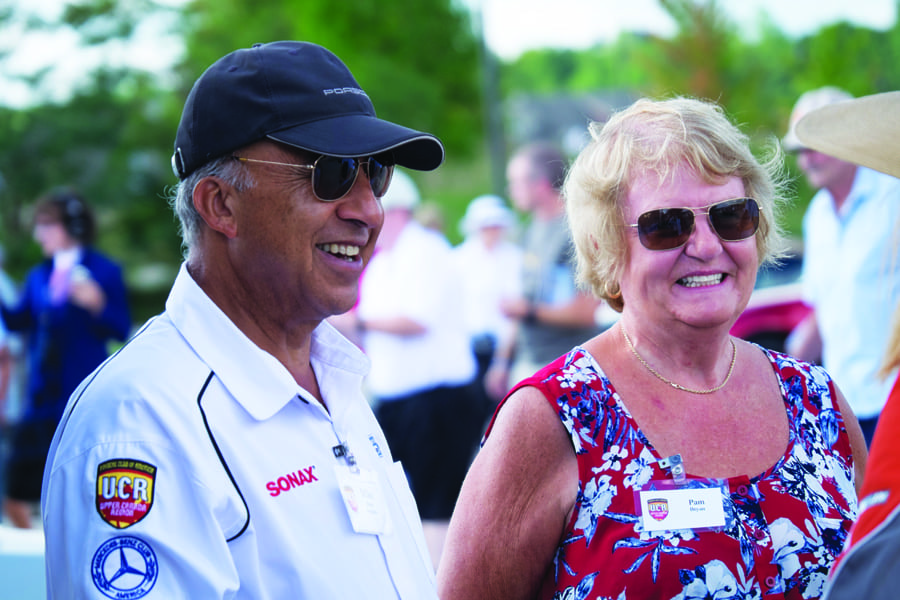 The Cobble Beach Concours d’Elegance takes place during the last days of summer. It is held at the Cobble Beach Golf Resort on the beautiful shores of Georgian Bay. 2016 was the 4th Anniversary.

I first became aware of the Cobble Beach Concours a couple of years ago at a special exhibition – ‘Art and the Automobile’ –at the Canadian International Auto Show, and was determined to one day visit the event. September 18th, 2016 was that day! 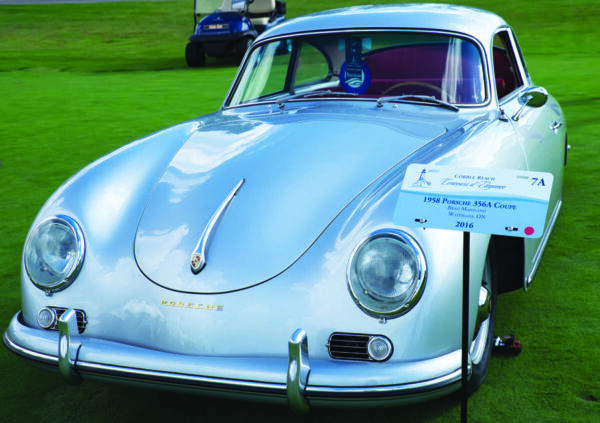 A three-hour drive north along Highway 6 through the rolling hills of Ontario’s farming country, passing several horse drawn carriages, and stopping at three Tim Horton’s along the way, I was in Owen Sound. It was then I started to see the direction signs to the event. Free parking was available in a nearby field and shuttle buses running every 15 minutes were on hand. 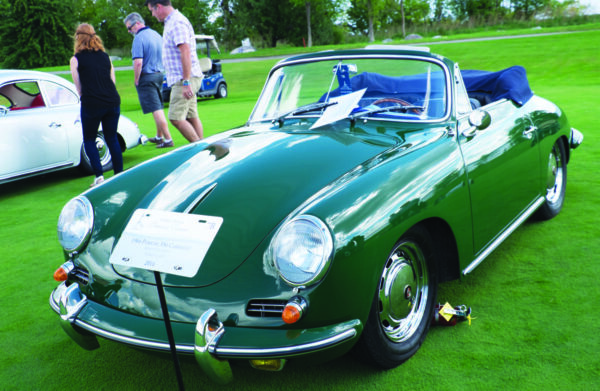 The Cobble Beach Golf Resort is an ideal location for such an event, plus it was a perfect day. There was just the right balance of sun and cloud and a refreshing breeze drifted in off the bay. The setting, the weather, the cars and the costumes all contributed to the ambiance of the event. It really was a perfect day! 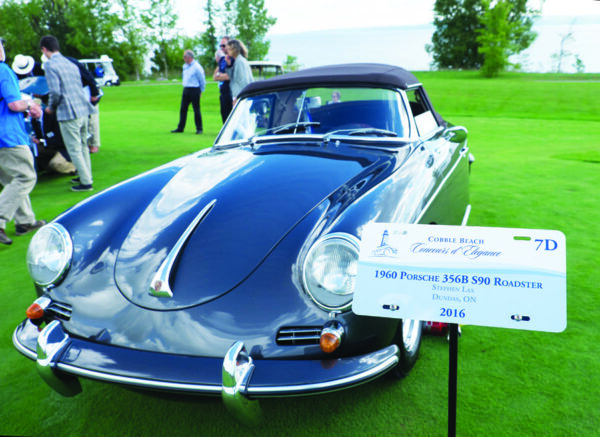 I have often thought I was born in the wrong era. I drool over anything ‘Art Deco’ and in particular, cars from that period. When I was young, I was always told, “Look but don’t touch!” This day was no different, but what a ‘feast for the eyes’, or to use the modern idiom, ‘eye candy’, even if I couldn’t touch. 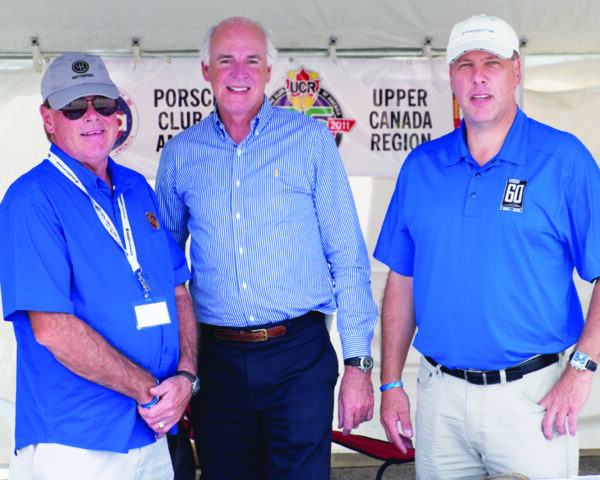 It was nice to see an Upper Canada Region booth as well as a line-up of members’ cars including a 1986 911 Cabriolet, now owned by Delis Lus. This was the very same car seen in the TV series LA Law.

In the Concours there were four Porsche 356 models — two Coupes, a Roadster and a Cabriolet.

I wandered up and down the 18th fairway, which was the show ground, admiring the cars entered in the Concours. It was easy to lose track of time, but reality became clear, as it so often does, and it was time to head home. The line-up for the shuttle bus was not going to get shorter any time soon, but I couldn’t leave without the obligatory souvenir T-shirt. Weather permitting, I think I shall wear it at the next Upper Canada Region Concours d’Elegance.

The three-hour drive home only included one Tim Horton’s stop, plus a short wander along the Grand River Gorge in Fergus.