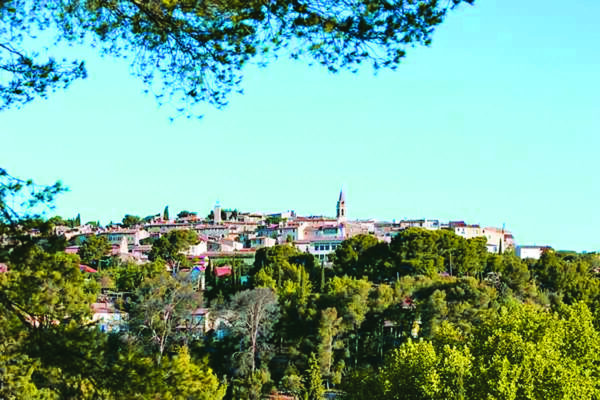 In September’s “The Way We Were” column, John Adam noted that exactly 20 years ago, Provinz published a feature by Jack Christie about a memorable trip Jack had once taken to the south of France. John remarked—not for the first time, either— that the story should be republished someday. So, for those of us who missed it in 1996 and for long-time members who’d like to read it again, we’re happy to share Jack’s “Coup de Feu” tale with you now.

Almost 30 years have now passed since Jack’s November 1988 trip, so I’ve added a “Where are they now?” update at the end. Many thanks go to Jack Christie, Franz Chwojka, and the Hostellerie Bérard in France for sparing some time recently to help make this possible. And of course thanks go to John for the rerun suggestion and to Jack for originally sharing the story. Enjoy! 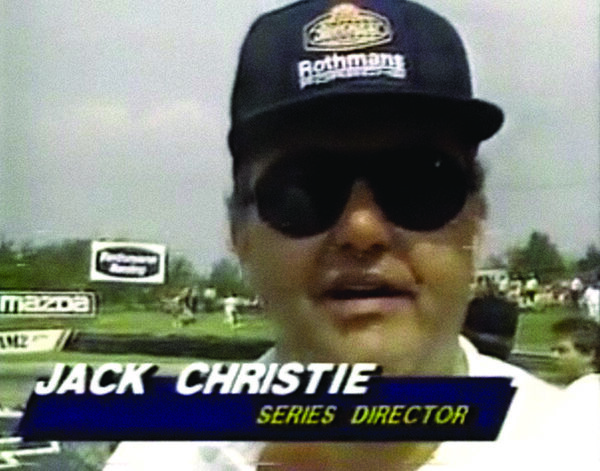 As Director of Porsche Motorsport Canada, one of my responsibilities was to work together with Pirelli to develop the best possible tire for Rothmans Porsche Turbo Cup competition. In order to do so, testing was done in Europe, close enough to the Pirelli factory that we could work hand in hand with their engineering department as testing progressed. The closest track available was Circuit Paul Ricard, in the south of France.

A Turbo Cup car was arranged to be shipped from Paris to Paul Ricard by the organizers of the local French version of the series—and I chose two of our Canadian Turbo Cup drivers, Richard Laporte and Jacques Bienvenue, to take along as test drivers. It was also decided that we should take along our own mechanic for suspension setup and to attend to any problems. In order not to compromise the test in any manner, it was important that I chose a mechanic who was not only familiar with 944 Turbo Cup cars and race setups, but one who also had a wealth of experience and expertise with Porsches in general. I chose Franz Chwojka, who in recent years had won our Turbo Cup Top Mechanic award and placed first in Porsche Canada’s mechanics’ competition. Franz now operates his own service shop, Auto Select Repair, in Newmarket.

We arrived at Paul Ricard and met up with the Pirelli engineers. They’d brought along 24 sets of tires of various compounds—and a complete mobile laboratory. The French Turbo Cup car left much to be desired and Franz had to rebuild it overnight with borrowed tools as his toolbox had been sent in error to London, by Air Canada.

The testing programme went very well over the next few days and we zeroed in on a compound for a Pirelli racing slick that provided the best balance of durability and control adhesion. On the last day, we were joined by two engineers from the Porsche factory who’d brought along a set of Dunlops, the spec tire used in French and German Turbo Cup competition. This brand comparison was instrumental in Porsche’s decision to switch to Pirelli for the new 964-based Carrera Cup series that was to start in Europe in 1990.

However, the testing programme we did at Circuit Paul Ricard is not the reason for this story—rather, I want to share with you my other unforgettable experience on this trip.

After arriving on the flight to Marseilles, we rented a car and drove about 45 minutes east to the medieval village of La Cadière-d’Azur, nestled high up on a hill, overlooking an expanse of Bandol vineyards in the valley below. We’d booked at an exquisite little family-owned inn called L’Hostellerie Bérard—where the rooms were neat and spotless, the staff friendly, and the food and wine absolutely magnifique! About ten miles away, beyond the next ridge and similarly perched village of Le Castellet, lay the famous Paul Ricard track.

It was late on a cool fall night by the time we found the hotel—so after the long flight, we were anxious to get to our beds. One by one, we were shown to our rooms. As we came to the one that I was to occupy, I noticed that it was not designated by a room number, as they usually are, but instead had a small ceramic plaque by the door. The plaque displayed what appeared to be a burst of flames surrounded by intertwined vines. Beneath the illustration was the inscription, “Coup de feu”.

We were up early the next morning. As I swung open the window shutters, I was struck breathless by the view before me. A huge red sun was rising over the far-off hills, slowly burning off the rising morning mist to reveal a patchwork quilt of small vineyards and a maze of roads in the valley below. A church bell rang in the distance, its sound repeating off surrounding hills. For a few moments, I was mesmerized.

That evening, as we gathered in the lobby for dinner, I noticed over the mantle a large photograph of the Ferrari Formula 1 team. Madame Bérard, the owner of the inn, explained to us that when the F1 series came to Paul Ricard, or if they were there testing, the Ferrari team booked the whole inn. She then proudly brought out a large photo album containing pictures of Ferrari drivers from the 1930s to the present day. Flipping through the pages, she stopped and admired a photo of Gilles Villeneuve. Her eyes welled up as she related to me her fond memories of the Canadian, his closeness with the town and its inhabitants—and their deep sorrow upon his sudden death (at Zolder, in 1982).

The photograph of Gilles had several lines of a personal message to Madame Bérard scrawled diagonally across the bottom, Gilles’ signature, and the words “Coup de Feu”. I asked her about the phrase, the same as seen outside my room. She said it was his nickname— and that I was staying in his room.

She went on to explain that around a decade previous, early one evening on the day of a Ferrari test session at Paul Ricard, the villagers heard what seemed to be the repeating sound of gunfire—and then, looking down into the valley below, they saw intermittent flashes of flame, snaking through the dusk towards them. As the bursts of flame got closer and then started the criss-cross rise up the hill, the sound was recognized as that of a Ferrari, redlining in each gear, backfiring on the lifts, its tires screaming around the zigzags and hairpins.

Finally, a red Berlinetta Boxer burst sideways onto the village’s cobblestoned main street—and most of the inhabitants watched in awe as the car flew up the narrow road and then abruptly skidded to a halt, in front of the inn. Out jumped a small, smiling figure. Gilles had just introduced himself to La Cadière!

This sound spectacular was, she said, subsequently repeated on every day of every Ferrari visit to Paul Ricard. Upon the signal of the “gunfire” from the valley, the villagers would line the main street and cheer wildly as Gilles approached—Gilles always trying to outdo his previous performances, of course, regardless of his day’s result at the local track.

Over the years, Gilles came to consider many of the villagers as personal friends, and likewise, they considered him with great fondness as one of their own—a village son.

And, as these things happen, the nickname conferred upon Gilles as a result of that first audacious introduction, the name the villagers came to call him by, is today in La Cadière-d’Azur first spoken with a smile—and then, a reflective pause. Coup de Feu… “Gunfire”.

Where are they now?

Jack Christie now 76, retired from Porsche Motorsport Canada in 1992 and from his motorsports management consultancy “four or five years ago”, having managed, mentored and advised many of the top names in Canadian racing over the previous 30+ years. Jack was inducted into the Canadian Motorsport Hall of Fame in 2007 for his many, many, contributions to the sport (see http://cmhf.ca/jack-christie ). And though he’s sold off all of the various Porsches he’s owned over the years, he’s happy to report that his son currently drives a Porsche—and that it is serviced by his old pal, Franz Chwojka, with whom Jack has always maintained regular contact.