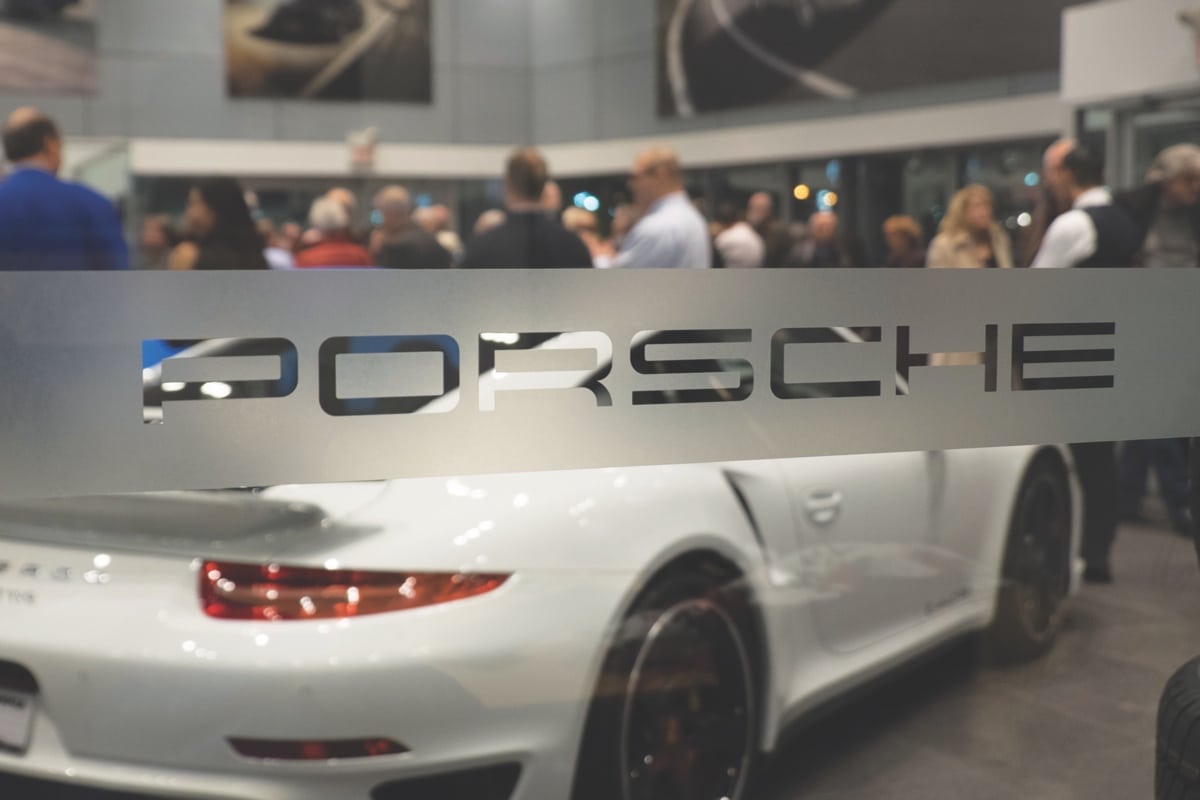 The Pfaff Porsche Showroom was filled with a vibe and energy fuelled by 180 UCR Members and Guests. Members enjoyed scintillating conversation while feasting on gourmet food and libations and aweing at special model Porsches on display. The evening was a tremendous success!

Dave Sambrook, VP of Operations with Pfaff Porsche, wel­comed UCR Members and provided the history of the special Porsches on display. Dave generously raffled off a gazillion Porsche prizes and UCR Members walked away with special Pfaff mementos and very happy smiles. Allison Pidgen, Event Marketing Manager with Pfaff Porsche, oversaw the catering and bar with her associates and kept the libations flowing even after a much larger than expected turnout. Laurance Yap, Director of Marketing with Pfaff Porsche, brought in several special model Porsches just for the Social which created a buzz of energy and amazing photo ops for Members. Theimpressive line up of Porsches on display included:

• A 2016 PCA-60 911 Club Coupe – Michael Pohlmann won the opportunity to purchase this fabulous Porsche (one of only 60 made) and unveiled, with Tom Neumann of Pfaff Porsche, his brand new Porsche. Read the full story in next month’s Provinz. 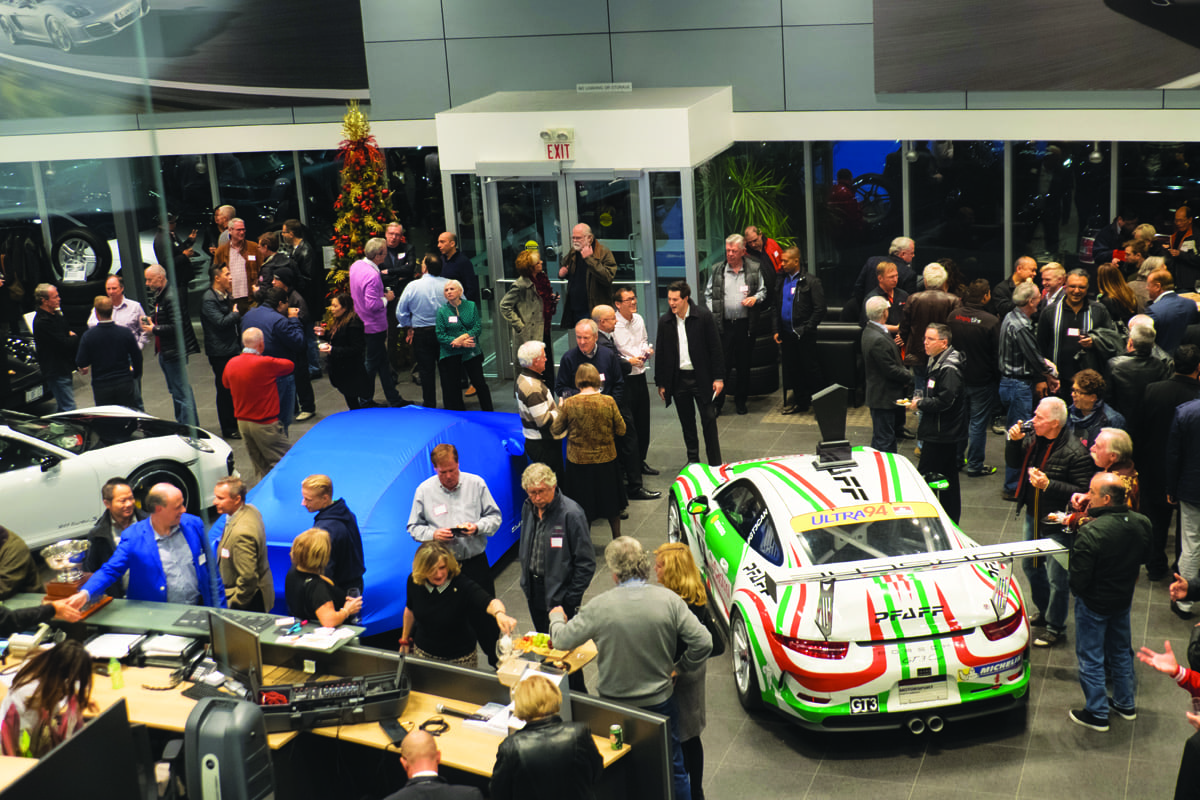 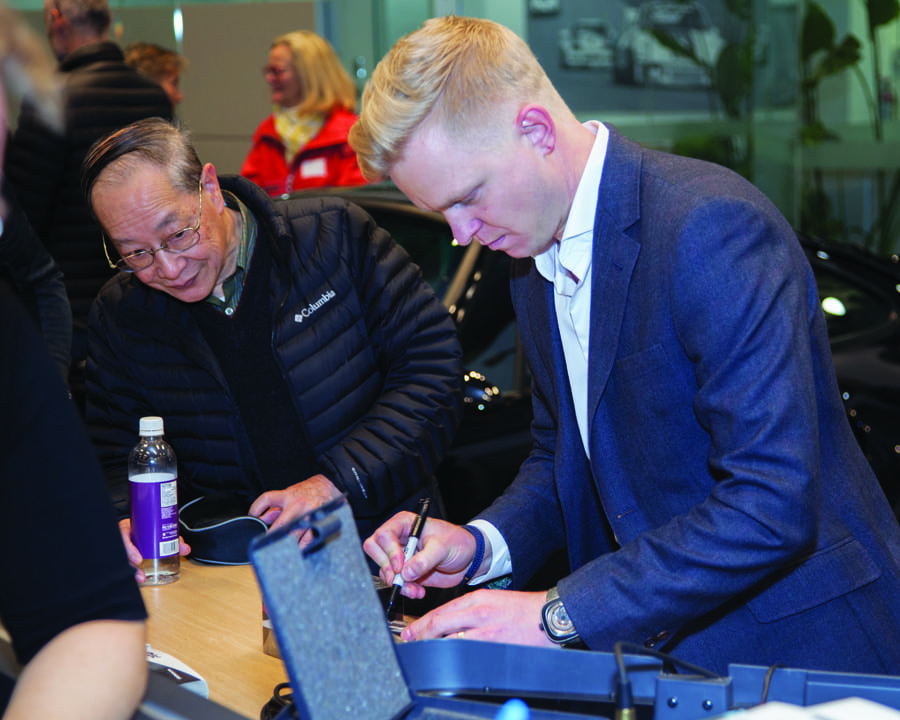 We are grateful to our very good friends at Pfaff Porsche for hosting our December Holiday Social and we appreciate their dedication to our Club. We wish them much continued success in 2016.

As far as the Member program of the evening, Mike Bryan, President of UCR congratulated Ted Youngs, our 2015 Enthusiast of the Year. Ted, a new Member of only 2 years, has attended pretty much every Social since joining, bought a new Boxster for this 85- year young gentleman and is the epitome of a Porsche car and UCR Club Enthusi­ast! Congratulations to Ted Youngs, and well deserved! 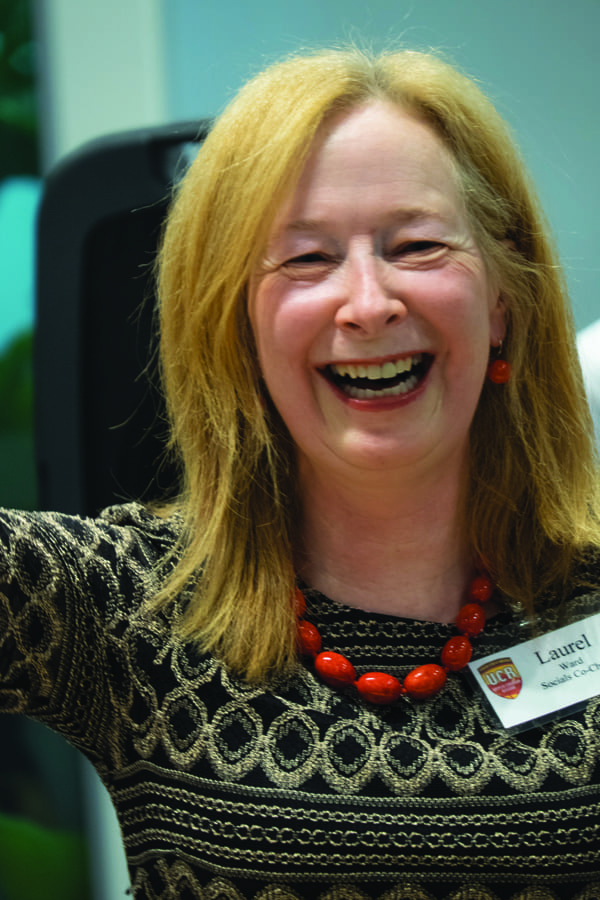 Mike also recognized Laurel Ward, as she is stepping down from role as Socials Co-Chair from 2013-2015. Mike thanked Laurel for her contribution in boosting attendance at Socials to record levels and bringing in a pre-registration system and a recognition program for New Members and First Time Social Members. Mike also awarded Laurel a Recognition Award for her 10-year Membership in the Club and 3-year Volunteer Service to the DE Program as Worker Assignment Captain.

A most wonderful Social to end a great Club year!