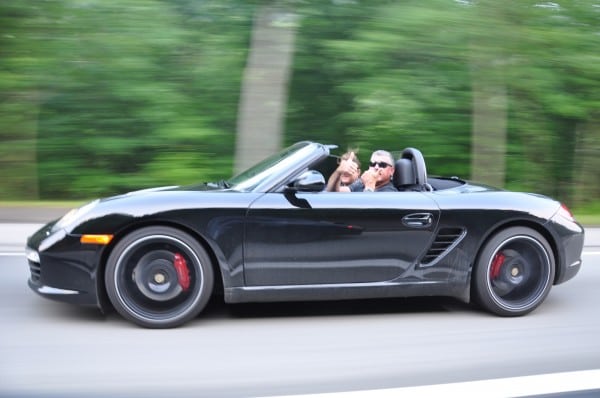 Gran Turismo drivers are of a certain breed. “Jason, the last time we did something unusual like this, we shipped our car to France for the Le Mans race and touring” said the first members that signed up. Another member, while on a beach in Panama eagerly registered. One flew in from Ottawa and joined her father who had just returned from a 10-day driving trip in Ireland. Three days prior, four members returned from driving the Back of the Dragon in W. Virginia. Last year two members registered while vacationing in Cuba for my GT 1000KM and instantly signed up for our 2015 tour. These were all serious GT drivers, and we were about to have an epic time. 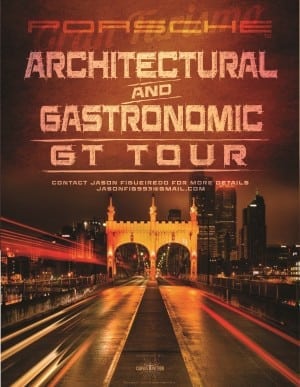 The night before our tour at 11:00 p.m., I received an email: “My check-engine light just came on and this has never happened before.” I suggested they visit Auguste Lecourt at Auguste Automobile Services in St. Catharines, a short drive from the White Oaks Resort, our starting point. Mr. Lecourt works tirelessly and was in early Saturday morning to help these two members get on their way. He’s a fine French gentleman and a Master Porsche technician. A sincere Thank You to him and his lovely wife Penny!

Day 1 – Our first destination was to drive Route 666 through the Allegheny Forest, in Pennsylvania however we had a Top Gear moment in Jamestown, New York. The architectural enthusiast from Ottawa was riding with her father in their 996 when a hose burst. Conveniently, a Mobil gas station with a lift was located across the street. Unlike Clarkson from Top Gear, I didn’t bring my hammer for immediate repair. Michael was able to have the car temporarily mended until Porsche Pittsburgh remedied the issue.

Route 666 is 30 miles long with only two stop signs, no traffic signals and little to no traffic. This road has many twists and elevations changes. Driving it is like driving the Bilster Berg circuit. Four cars behind me was our fem motorista, Lynda in her 997 C4S, 6-spd. She carved up Rt. 666 with precision, exercising the Porsche power band to the fullest. She loved it and it was great fun watching her enthusiasm. This was her and her husband Russ’ first GT.

At our lunch stop in Foxburg, PA, we were welcomed with rain so a portion of the route was omitted. However we revisited it on our final day. After a wonderful lunch at the Allegheny Grille and a few photographs we were off to Pittsburgh.

Arrival at the hotel was simple and private Porsche parking was organized. Taylor Swift was in town that weekend and the Three River’s Art Festival occupied Point State Park. The city was hopping.

That evening we met in the hotel lobby and enjoyed a short walk to our restaurant to have a wonderful dinner. To cap off the night, when the members returned to their rooms, a special gift bag was waiting for them. The gift bag contained a custom labelled red and white wine bottle from Joe Costa of Costa Wine Country in Hamilton, Ontario; Sean Santos of Porsche Oakville provided the Porsche bags, 919 Porsche Oakville T-shirts, posters and other items, Lucas Scarfone, co-publisher of Autostrada Magazine provided the first and second editions of his magazine. A sincere Thank You to these individuals for their contributions.

Day 2 – 6:00 a.m. It was a beautiful crisp morning and an early start to another full day of activities. The drive to the Laurel Highlands was effortless. If you appreciate architecture you must come and experience Fallingwater, the masterpiece that Frank Lloyd Wright created. After a two hour in-depth tour, we re-joined in the parking lot and departed to Nemacolin Resort for lunch. Our Porsches were given special parking privileges and we took full advantage and showed them off in front of the Chateaux.

Leaving Nemacolin, we drove along route 281 to 653 to 381 and it was a splendid drive. With all the “Swifties” in town, traffic was at a slow pace entering Pittsburgh. Once at the hotel, everyone was at their leisure. Dinner that evening was at Altius, one of the best-rated and certainly the best restaurant with a view of Pittsburgh. Gastronomic delights such as Tongue & Cheek and Duck Duck Goose was served, Taylor Swift provided the fireworks show and my wife enthusiastically announced we could sleep in Sunday. Cheers and applause erupted. It was a spectacular evening to end two full days of activities. 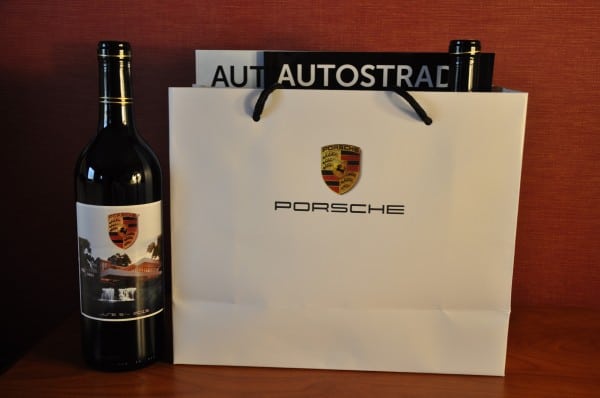 Day 3 – Another architectural gem in the city was The Nationality Rooms located in the University of Pittsburgh. We had a 125-minute guided tour and each room was marvelous. For lunch, we decided to visit Conflict Kitchen. This eatery was a short walk from UoP and they serve dishes from countries in conflict with the United States. This week, Cuba was the theme, so we gathered most of the patio tables and enjoyed a day at the park; Authentic Cuban style, followed by a brisk walk to the Heinz Memorial Chapel to view this beautiful structure before leaving Pittsburgh for our final segment along the George Washington scenic route

After many hours of research and thousands of Kilometre’s pre-driving the entire route, this was one of the most memorable tours for Gloria and I and from what I gathered, all other participants too! Thank you all for your support and kind words. I’m already planning the next GT!