Five Years On GT3 RS Stands The Test Of Time 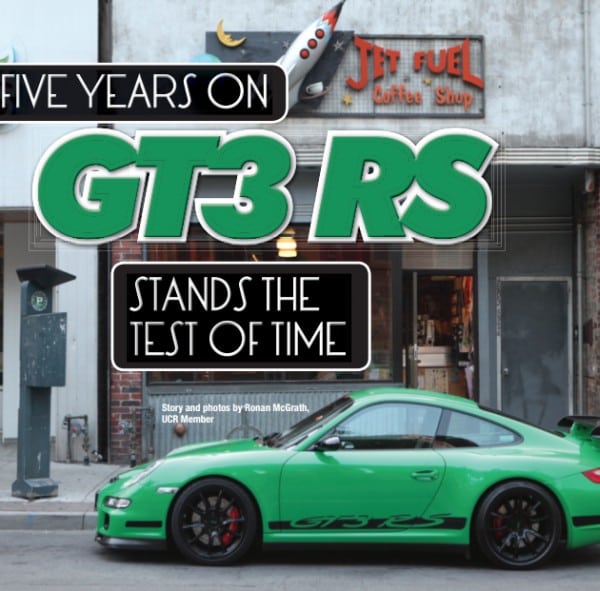 “Hi, it’s Antje. I have some news for you. Please call me back as soon as possible. “

That’s when it started. I had been trying to get an RS in2006, but the 2007s were all sold. So were the 2008s.Antje Grey at Downtown Fine Cars had been sympathetic, but doubtful. The first generation 997 RS was a bit of a market experiment in North America for Porsche, and Canada had a limited allocation. It had been many years since any had been released for the market here. Still, every few months I would call to see if there was any chance.

Then, months later, the call came. There had been a cancellation, the car was here, there were six people on the list for it. Did I want it? Had to decide immediately. 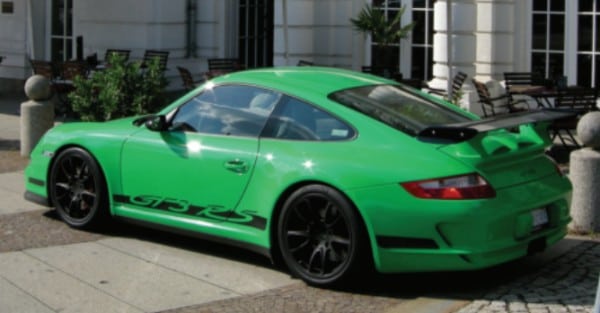 I picked up the Viper Green RS the next day. The car had a very expensively specified interior with green stitching, console and dash, but was in the colour I had wanted all along. Antje had managed it.

It is hard to believe five years and 22,000km has gone by since then. The car has become a permanent resident of the garage, and I doubt if it will ever be sold. As I have previously written, it was shipped back to Germany by boat to make up for the missed factory pickup so it could be run at the Nürburgring and Spa for a full week, as well as an extensive series of autobahn runs. Since then it has been to Mosport, run in the UCR rallies, finishing first and last (always good to distinguish yourself) and has participated in both rallies at the Porsche Parade in St Charles. 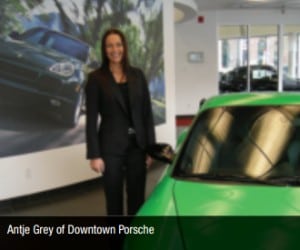 After five years, the car still looks quite new, with few signs of wear.

The Metzger engine is pretty bulletproof if properly looked after, and there has not been a single issue.

The front splitter is set very low on the RS.1 and predictably should be treated as a consumable if there is any need to enter an underground parking lot. I barely notice the loud scraping sound any more as it files down the splitter, or the whoosh of the dollars leaving my wallet for a periodic replacement. I am now on splitter number four.

The original PS Cup tires were replaced twice, and while superb in dry weather require a skill level greater than mine to drive briskly in heavy rain. After the third set I decided that it was time to try something different and fitted Michelin Super Sports. These are also high-speed tires with just a touch less grip that the Cups, but provide hugely better wet grip, and are a better general purpose tire for road use. They also wear much better.

The unpleasant surprise was the clutch. I have driven stick shift cars all my life and even in hard use typically get 60-80,000km on a clutch. I noticed it becoming heavier as time when on. There was no slippage. A preliminary examination showed not specific fault, so I continued to drive. The heaviness continued to increase until it was unpleasant to drive. At 17,000km it was beyond my comfort zone. A further examination revealed the need for a replacement. This has been the only unexpected failure in five years. 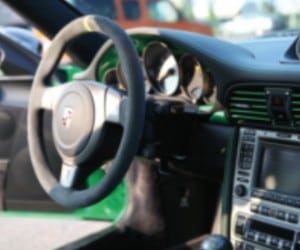 The interior shows no wear apart from the Alcantara steering wheel, which shows pilling of the material. The only modification to the car was the immediate fitting of black grilles on the open intakes in front which are magnets for all sort of dirt. Strangely, Porsche did not offer these, though they were fitted as standard on succeeding models.

Aesthetically, the Generation 1 car appears to be a better resolved design than the Generation 2 with its tidier rear wing design, although the later car is a very significant advance aerodynamically. The traditional green colour with the simple black graphics ties the overall package together in a more coherent manner. It has worn well.

When I bought another RS, I thought briefly of selling the older car, but simply could not part with it. So, it leads a slightly quieter life than in its first years, but now and then the opportunity arises and the incomparable Metzger once again growls its competition heritage. There are faster, better and much more advanced cars out there now, but there is something very special about physicality and simplicity of the RS.1 that continues its appeal undimmed.

Announcement from Michael Pohlmann, Chair of the Nominating Committee