Home »Driving»FLORIDA INSTRUCTOR: A month in the Florida sun instructing at as many trackdays as possible. 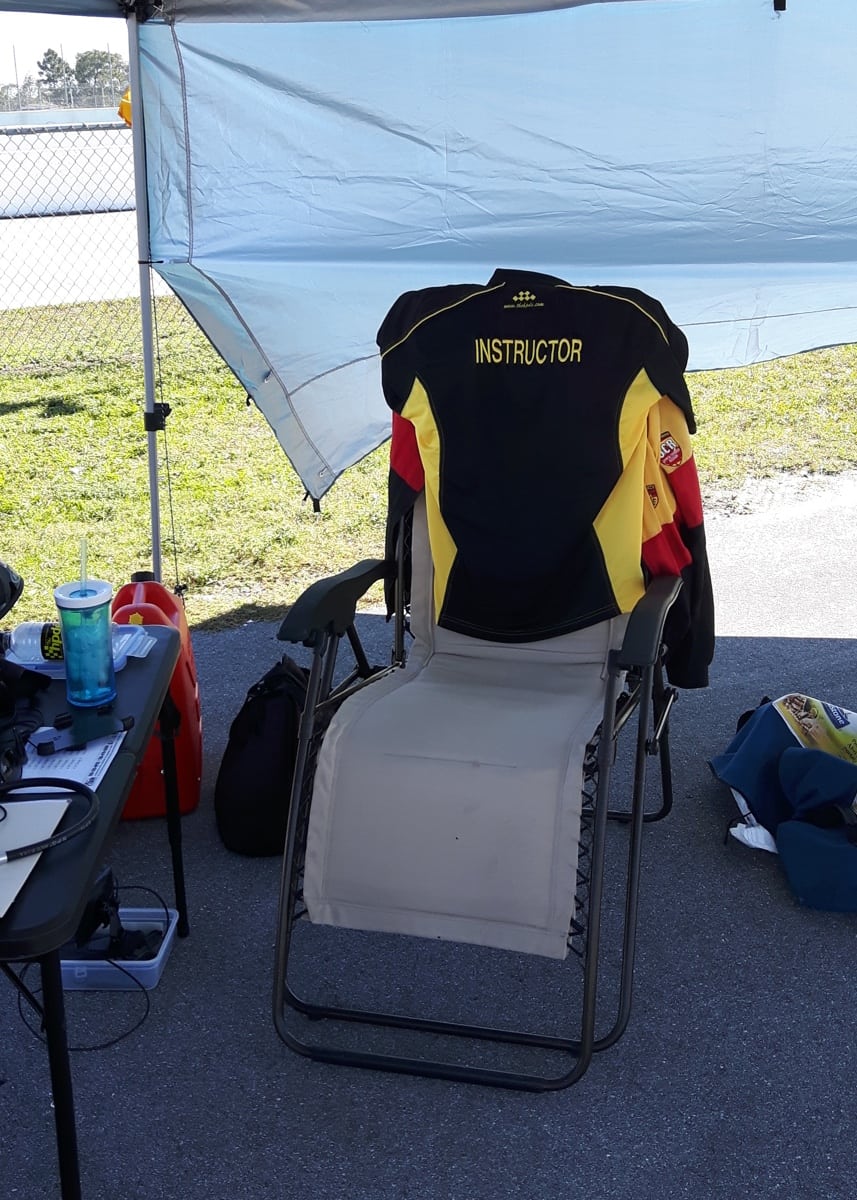 On December 26th, just a few hours before our first local snow of the season, I left for Florida—with my 2014 Porsche Cayman S in tow. I was planning to spend a month in the sun and participate as an instructor at as many driv­ing events as I could while there.

On the drive south to my friend’s condo in Stuart (a small city on Florida’s Atlantic coast, that on a map is level with the top of Lake Okeechobee), I drove past Daytona International Speedway. The famous track was just completing a major revamp, ex­panding their seating and improving the track amenities. Excitement was high for the 2016 racing season, including the then-upcoming Daytona 500.

On January 1st, 2016, I was at Sebring International Raceway for my first experience instructing at a large US track. Sebring is famous its annual 12 Hours race and the long list of legendary drivers who’ve raced there—includ­ing Mario Andretti, Dan Gurney, Derek Bell, Stirling Moss and Roger Penske. 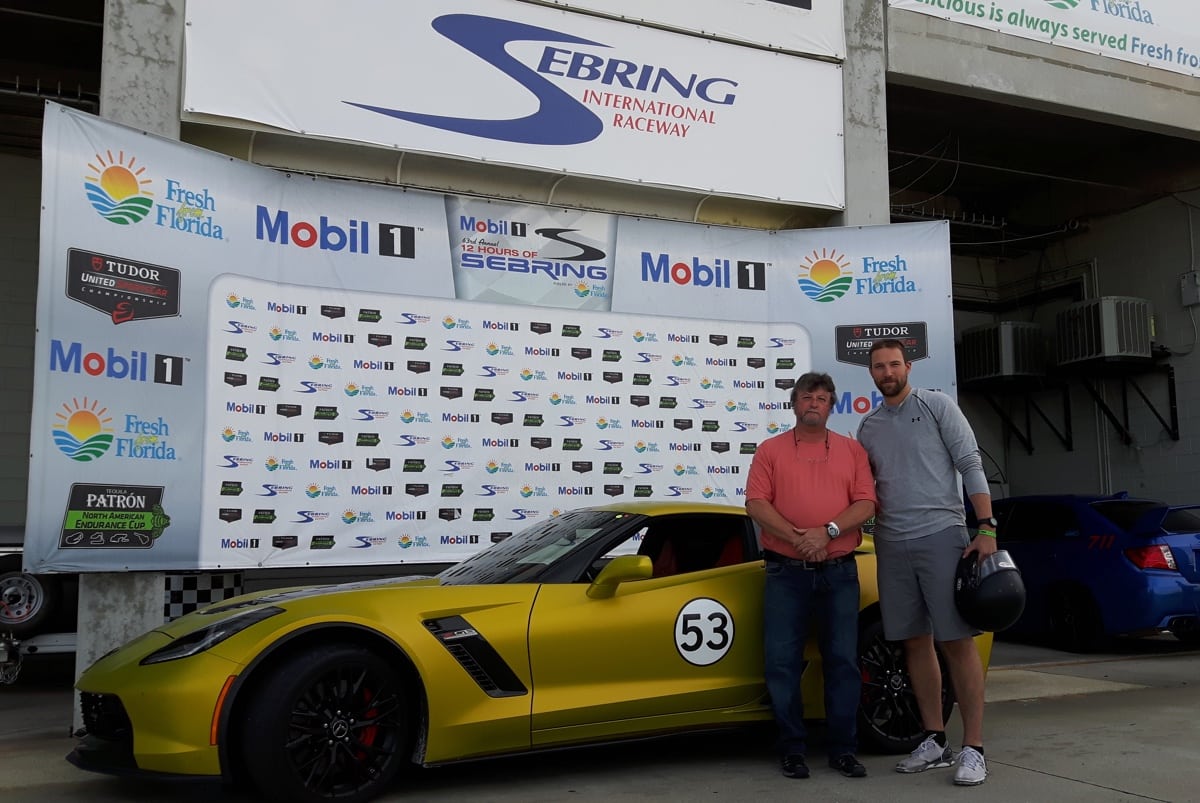 I was there because I was fortunate enough to have been asked to participate in a Chin Motorsports HPDE (High Performance Driving Education) Track Day as an instructor. Chin Motorsports has a long record of driver education events all over North America. They do not have specific automobile requirements, so any type of car can be driven in their events. My student drove a 2015 Camaro Z28 with a full track pack. Some of the cars that participated were Ferraris and Lamborghinis. It can be very intimidating on the track when they pass you while your student is driving at 260km/h on a back straight!

I worked with Jim Brazzi, Chief Instructor. Jim and I drove the track together, resetting apex cones that had been moved out of position. It was during this work party that Jim told me his background and how he ended up as a chief instructor. He started his track driving in 2002 and reached solo status with Chin in 2003, and got in­structor status in 2005. He became their chief instructor in 2007. He’s now participated in over 200 track days, held at 15 different tracks around the US.

The following Thursday, I was asked to instruct at Palm Beach International Raceway (PBIR) for The HPDE, a high performance driving experience club that holds events at PBIR and Homestead-Miami Speedway. They even run evening sessions at PBIR—that is an interesting experience, driving at high speeds under the lights! And just as with the Chin Motorsports events, at many of The HPDE’s events, all car types are welcome as long as they can pass the technical inspection. During the event I was involved with, director Tony Franco also included an exotic car show for drivers to look at and to test drive on the track. There were many vehicles, including Ferraris, Lamborghinis, Audis and a McLaren.

My next adventure would have taken me back to Se­bring where I was going to instruct for PBOC Motorsports Club, a joint BMW and Porsche club that hosts HPDE events and club races in Florida and beyond. However, a large storm hit the east coast, lowering the temperature in Florida to the high 50’s (<15C). This is an unsafe tempera­ture for driving at Sebring so I decided not to partake in the event. An associate and friend of mine, Isi Papado­poulos (President of the BMW Club of Canada, Trillium Chapter), raced on the Saturday and hit a wall—ending his driving campaign for this winter, unfortunately. 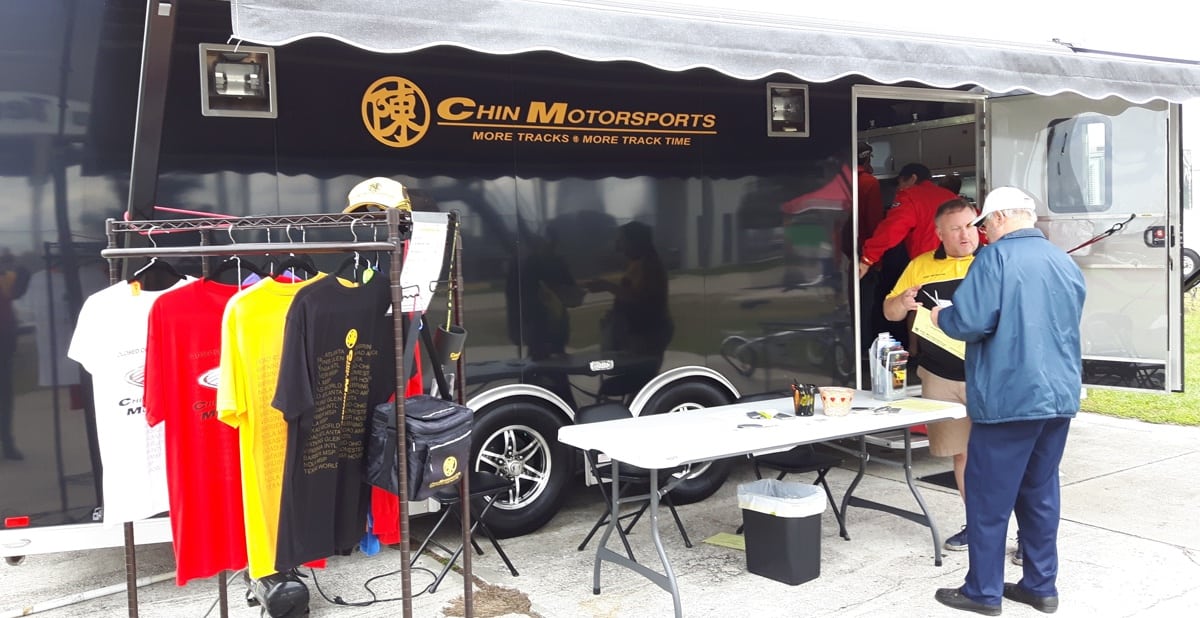 My next and last stop of my trip was back at Sebring, for another HPDE hosted by Chin Motorsports. From there, I departed for my drive home, back to the cold in Canada.

I had two students assigned to me on that weekend. My Saturday student was a professional baseball player, who will remain nameless due to insurance risks and his em­ployer possibly being upset with his off-season hobby. My Sunday student was a retired investment banker from New York. Both students drove new Corvettes with track C07 track packages—incredible automobiles for the track! We had a great time and agreed to meet at next year’s Chin Motorsports HPDE events. I’m looking forward to them already!

If you are ever in Florida or for that matter see an HPDE event scheduled at any track in the US or Canada, I highly recommend you sign up. You’ll have the time of your life!