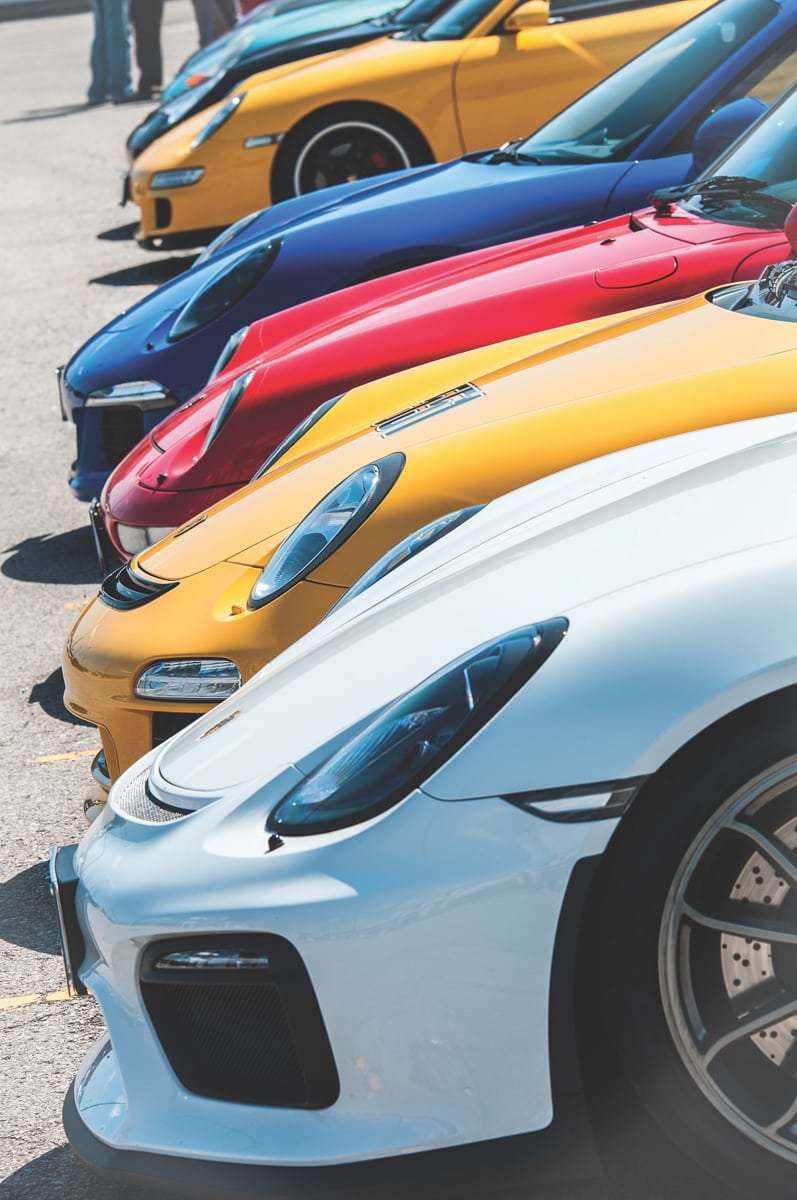 Okay, it’s Sunday morning on the Victoria Day long weekend, so I suppose hardly anyone will show up, right? That’s okay… traffic should be extra light—just the way I like it—and I know a few of the regulars will show.

As I get in the Neunelfer, north of Barrie it’s a bit chilly, but it’s supposed to warm up nicely. I head southwards toward Aurora and I see the outside temperature gauge slowly creep up. By the time I get off the highway it is topdown temperature, so down it goes. Enjoying some of the backroads, I really hear the flat-six singing now. Loving. Sunday. Mornings.

On arrival, I’m pleasantly surprised to see two Porsches already there and I’m about 15 minutes early!  Just a sign of things to come—we had a great turnout. At one point, I counted 23 Porsches, from a late 60’s 911 to this year’s GT4 (3 of them) and 911 Turbo and lots in between. Lots of new faces and two new PCA members in the making, with their new-to-them 928 and 993.

I don’t think I met everyone, unfortunately, what with chatting and taking photos, so sorry if I missed you. Many thanks to Mike Bryan (UCR President) and Randy Gananathan (Editor, Provinz)—both in attendance by the way—for all the extra press and getting the “Group 905” word out.

Hope to see you at the next one!