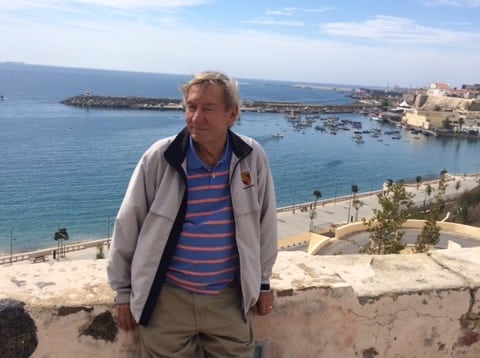 Horst Petermann passed away on December 23. Ask Driver Education instructors and they will tell you that Horst was one of the good guys, He became a member of PCA in 2007 but was a racer and friend of Porsche from way back. The web site Racing Sports Cars tells us that Horst raced Porsches, including types 906, 908, 910 and 911 with co-drivers Rainer Brezinka, Rudy Bartling, Fritz Hochreuter, Brian Hardacre, Bert Kuehne and Max Beimler.

Horst’s passion for Porsches began in his teen years in his native Germany, seeing the 356 Speedsters and Coupes. In the late 1950s, there was no other marque as unique in looks and sound to intrigue an impressionable boy. At the time ownership seemed to be highly unlikely. But as fate would have it, he immigrated to Canada and affordability of a Porsche became realistic. His first 356 Coupe was a 3-year-old 1955 previously owned car. Ever since then, he has always owned a Porsche, 911s, and a 928 for a while.

Dan Proudfoot writes, “I got to know him only after he joined UCR and became active in the Driver’s Ed program. Horst was a man who combined intelligence, humour and perspective in such a way that I always valued his opinion on anything to do with racing. During his racing years, I was very aware of Horst, of course, because we both were members of the Deutscher Auto Club, but at that point I was not actually covering racing.”

DE Chair Dave Osborne adds, “I was completely gutted by the news that we have lost Horst. I both liked and respected him. I’ve always been impressed by all of the things that he has done for the Club and his friends. In honour of his years of volunteer service and exemplary character, the UCR Track Team will be naming Horst Petermann the 2016 Instructor of the Year.”

He retired as President of Homag Canada, a sales and service subsidiary of the Homag Group of Germany. With time to spare, he and his wife Marie joined PCA UCR in 2007. He served not only as a Track Instructor, of which he was very proud, but also as a UCR Director.

Horst will be missed dearly.