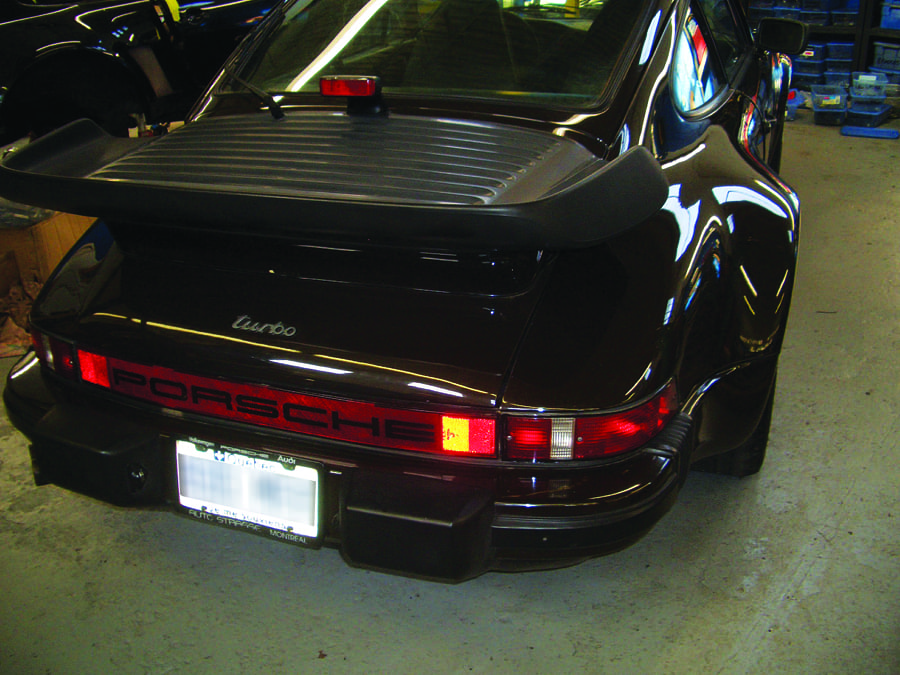 It happened by chance. For me, it was perfect tim­ing, but “dire misery” for the owner. Owning a 930 proper is a real privilege and for some the true feelings that you really are fulfilling one’s dreams… Who that loves Porsche has not dreamt of owning a real 930 in their lifetime? With those fat hips and gorgeous lines, a crazy engine that sits in a place that terrorizes most people. Rotating the slide of the rear end in a 911 is a lot of fun, doing it in a 930 can be a harrowing experience particularly if you end up backwards into a tree, thanking the Lord that you are still alive. 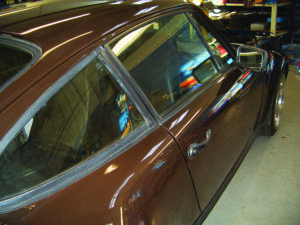 So I am up at Mosport a few years ago with Peter Carroll and his wife Suzanne both guys are driving their 930’s. I think everybody knows Peter’s mon­ster, you can feel intimidated with that car on your tail filling your mirrors wondering is he gonna go left or gonna go right. Suzanne was running hard as she always does and in a session later in the day, the engine suddenly lost oil pressure and she pitted immediately. Not only is she is a smart, thinking driver by noticing the low oil pressure and making a quick decision to get the car off the track, but she could run rings around most guys in an equally kitted car. This girl can really drive and I was duly impressed.

I took delivery of the car with full blessings from Suzanne, but it came with conditions. I kept my word… that I build a car, a special Porsche that was befitting of days past. I started the process of coming up with an appropriate idea. I wanted to do something which I had never done before yet make it streetable for daily driving. I think most Porsche people would agree with me that the Jaegermeister 934 was and still is one of the most macho, attractive and recognizable 911 race cars Porsche ever put out with it being the homologation car for the start of the mighty 935 era. It was instrumental in moving Porsche up the metaphorical ladder to Group 5 racing.

Racing in those crazy years it was often asked, who do you think will rule Group 4, 5 and 6? Porsche came up trumps every time. It soon became blatantly obvious that Porsche was the manufacturer to be involved with because if you didn’t, you would eventually be crushed by their hard charging race cars. It was intimidation at its finest.

With that, I decided to build a tribute car and chose the 934, hav­ing worked on a couple of original cars back in the day, I used these memo­ries to help me with the build. I completely dismantled the car down to the chassis with only the electrical harness staying in place. Having a deep chocolate brown exterior with matching chocolate brown interior I knew it was going to be a challenge as I had to change carpets and fluid dye other parts of the interior, it was going to be a huge undertak­ing. Peter Carroll supplied me with some parts he purchased for his car, they were a set of replica front and rear 934 flares. He had previously planned to use them on his own car but his body/paint guy convinced him otherwise, so I was only able to use portions of them. I had to cut up everything into small pieces, the fibreglass pieces that he supplied were crap—looking more like a contortionist trying to untwist himself. Building and extending, re-shaping, I started with balsa wood. It is great material and can be infused with resins making it light and strong. It took approximately 400 man hours to make the fenders into the strength and the shape I felt happy with, symmetry to me is striving to be perfect in all things done and this job was no exception. The same attitude applied to the front spoiler, that macho square-on look timelessly reminding you that this car means business. This Porsche will look better than an original, as the original outer shell was roughly built. The body of the 934 race cars wasn’t as important to Porsche as the chassis and power train unit was. It was these units that elevated Porsche to a higher standard.

Cutting up a perfect example of Porsche’s Flagship 930 is always daunting, I have done it a few times over the years but one is always reserved when you decide to actually do it. I knew it was going to be a bitter sweet exercise, you go from the perfect car and just dive right in and start the cuts. After a couple of hours, you stand back and only hope that your jaw doesn’t drop to the floor with severe shock and that psychological straw you are trying desperately to hang onto is not there. It is done!

I was now in to it fully and the thought of complet­ing the job will now take a better part of a year.. I wasn’t sure if I should smile, shiver or scream, so I rode out the storm.

Next month:
taking shape and there is only one colour! … 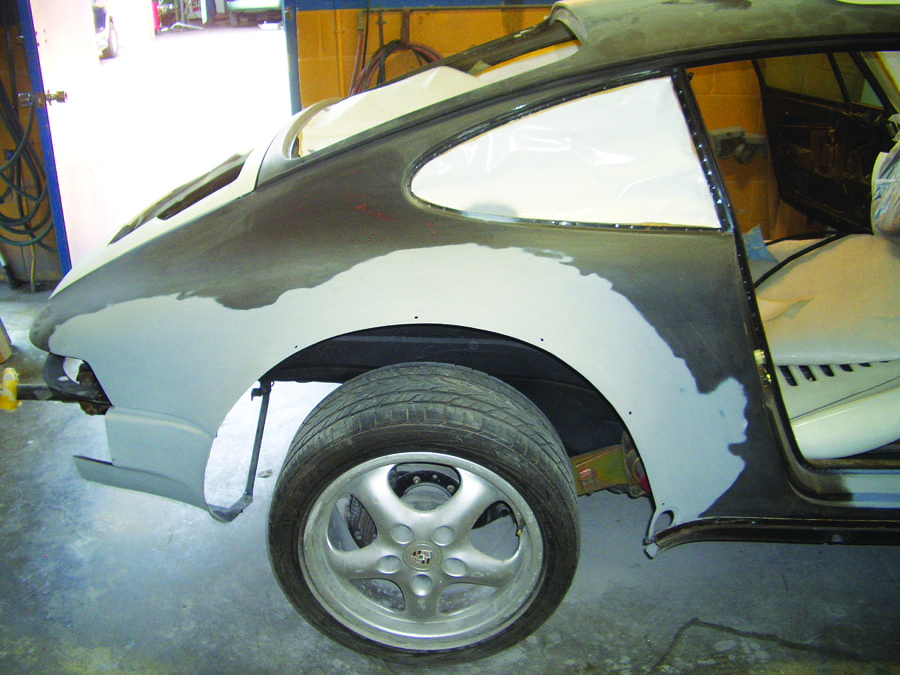 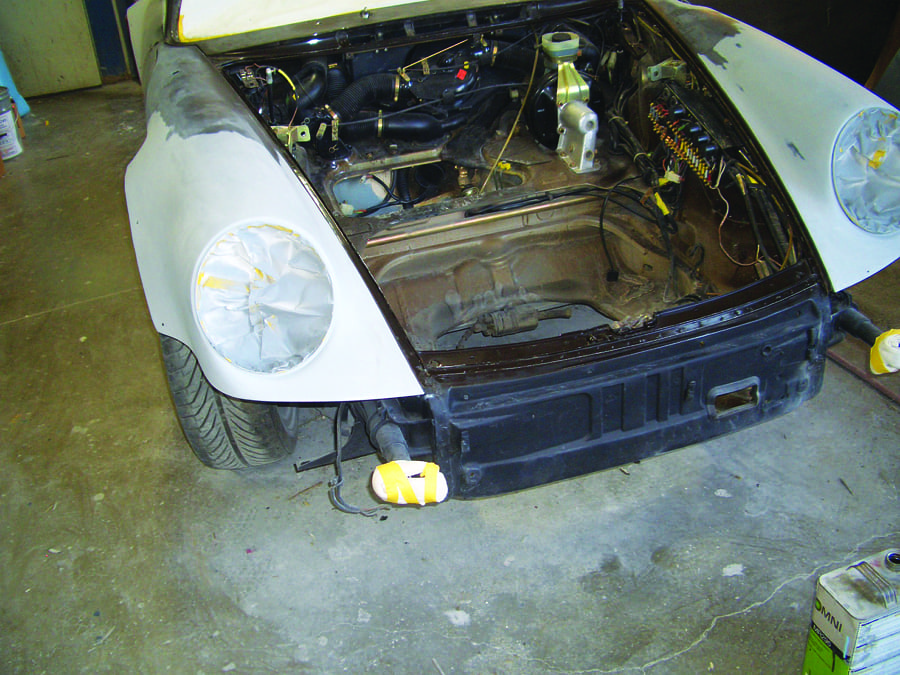