The Saturday activities included a family BBQ, popcorn station and ice cream truck, as well as face painting and facility tours. There was even a Junior Grand Prix, which included a 65-foot-long inflatable racetrack for kids of all ages to race Porsche peddle cars. For those who didn’t want to miss a minute of the World Cup, Porsche Centre Oakville created a custom World Cup Lounge that played matches during the day and night. Porsche Centre Oakville also provided a foosball table to stir up the viewers’ competitive drive. 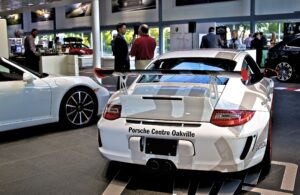 The legendary transformation of a Porsche 2010 911 GT3 RS into a Le Mans racecar proved a focal point of the celebration. In just 24 hours, Porsche Centre Oakville customized all aspects of the vehicle, from adding in a red Porsche roll cage to a unique Le Mans-inspired vehicle wrap, and completely overhauled its exterior. On Sunday morning, just prior to the race’s 24th and final hour, the remade car was unveiled. At the dealership’s private Father’s Day breakfast, a number of lucky guests got to see not only the refurbished sports car, but also the conclusion of the race. 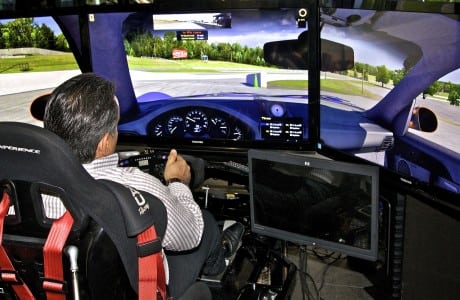 Previous articleTHE WAY WE WERE
Next articleOBJECTS OF DESIRE – Sledgehammer