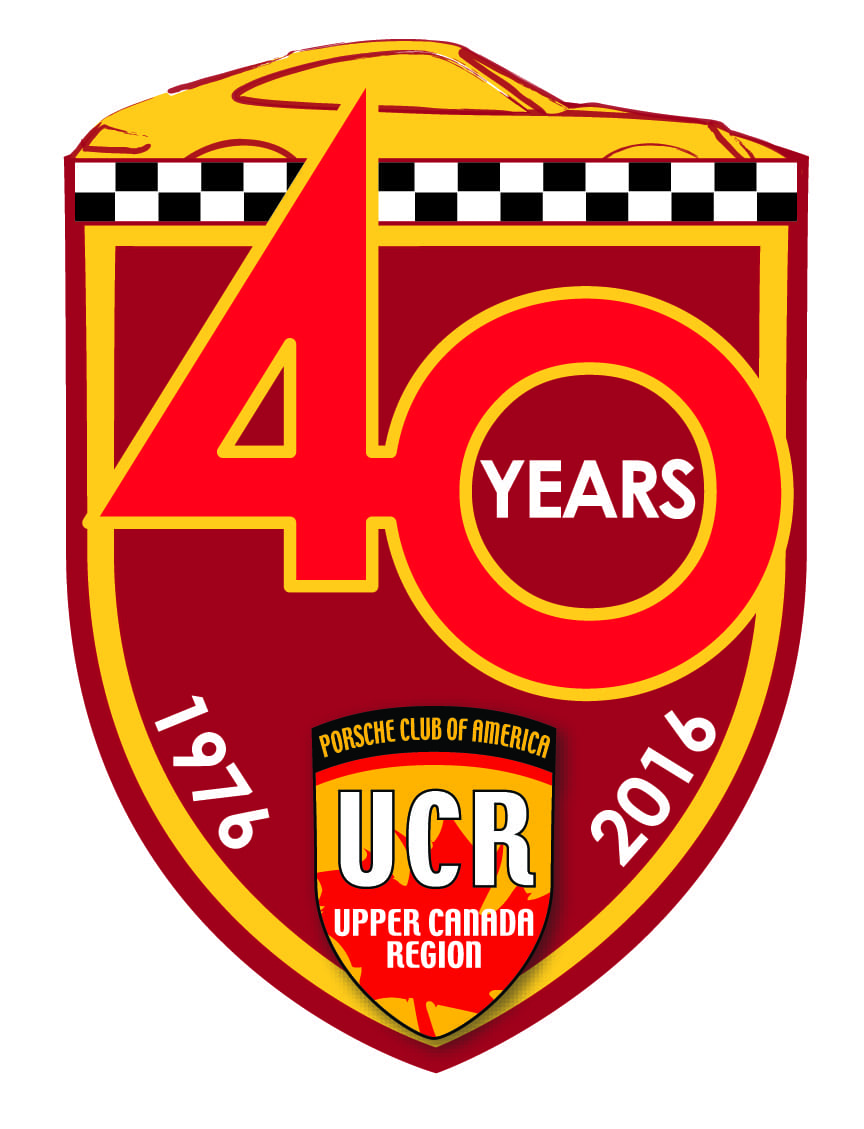 Here is our new 40th Anniversary logo with the big 40 in Ruby Red, the 40th anniversary colour, that is offset in a darker hue with a gold colour outline of the badge-like shape connected to and outlining the big 40 and was chosen as homage to Porsche’s own badge on our cars. The checkered line on top salutes the track efforts of the marque. The iconic top profile and artistic rendering clearly says Porsche is involved here, even with­out mentioning the brand on the badge. Ironically, the ruby red and gold colour scheme matches the background and maple leaf within the imbedded UCR logo. White letters show the years and also matches the white UCR on our club logo. The gold Porsche Club of America within the UCR logo with its black background contrasts well with the other elements while balancing the black and white checkered line.