Home »Provinz»January 2013 Social
918 Spyder, LA and the Night of Champions 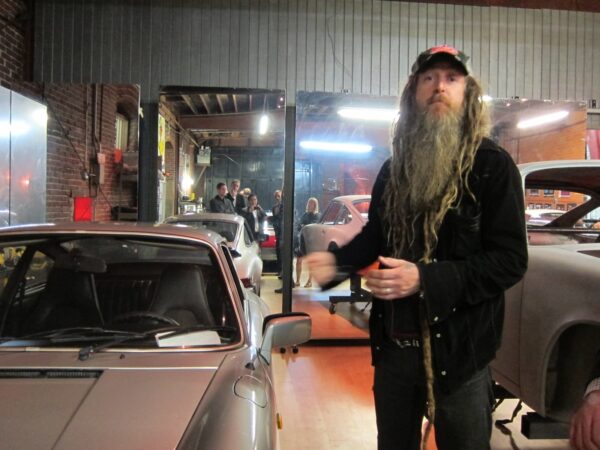 Magnus with one of his project cars.

UCR members who attended the January Social at the Port Credit Yacht Club,
were treated to one of Laurance Yap’s entertaining slide shows of his doings as
Porsche Cars Canada’s Director of Marketing. Laurance regaled the group with
stories and pictures of the 918 Spyder, his recent visit to LA and Porsche customizer
Magnus Walker, and the Night of Champions awards banquet in Germany.