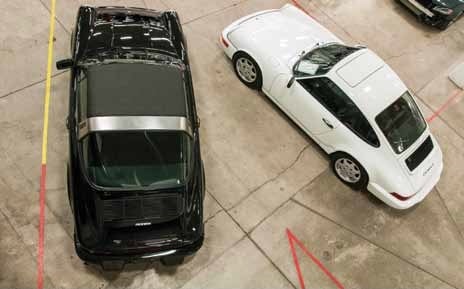 Over 75 current members, guests and prospective members attended Upper Canada Region’s first social of the year which was graciously hosted by Jeff Pabst, General Manager and Partner of Pfaff Autoworks. 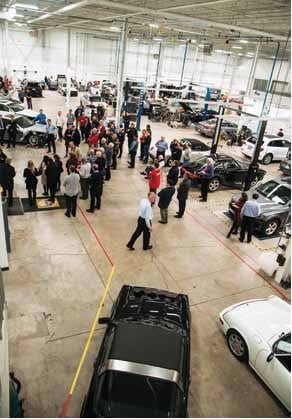 This event was a follow-up to the November 2014 UCR Social held at the Musket Restaurant where Jeff was a guest speaker who talked about the collision repair process and the new challenges created by the increased presence of aluminum and “crush zones” in modern Porsches.

Mike Bryan, UCR President, recently wrote an article about the collision repair process, which appears on page 32 in this issue of Provinz. He believed that there was sufficient interest in the subject matter among our members that he provided handouts of his complete article.

Based on my informal survey of attendees, the 991 GT3 Cup racing car being repaired at Pfaff generated the most interest. The entire front of the tub was being replaced because one side had been crushed in an impact. Due to the extensive use of aluminum, the damaged front could not be “pulled out” as would have been done in older racecars made with steel components.

Mike Bryan also provided an update on upcoming events and the unique nature of our club being an all-volunteer organization. Mike also presented UCR lapel pins to the following UCR members who attended their first social. These new members were George Boykoff, Kevin Therriault and Jaie Tufford.

Thanks to Kim Viney who looked after the event registration and email blasts and to Eshel Zweig and Wolfgang “Sonny” Lott, who took photos at the event.