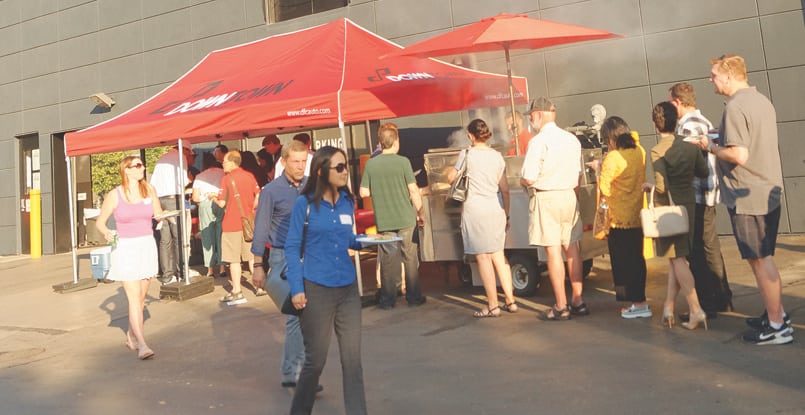 Every Porsche buyer at Downtown Porsche is rewarded with complimentary 1-Year UCR Membership, not to mention a delicious BBQ at their Annual Social!

On the fine summer evening of Tuesday, July 11th, ever-elegant Helen Ching-Kircher, President and CEO of Downtown Porsche, welcomed over 80 UCR members to their BBQ Social. Traffic and weather both cooperated, and parking was conveniently located opposite the venue.

After a warm welcome from Helen, Chris Plater, General Sales Manager, conducted a Porsche trivia quiz, with ten questions and ten lucky winners. Did you know there are 53 variations of the various Porsche vehicles on offer? More importantly, Porsche has completed 66 consecutive months of record Canadian sales in June, becoming the only car manufacturer ever to have achieved this in Canada.

Afterwards, Kathleen thanked the Downtown Porsche team of Helen Ching-Kircher, Peter Kircher (General Manager), Chris Plater, and Rick McLaughlin (Director of Marketing) for hosting the BBQ this year. We were treated to German, Polish, and other sausages on buns, with all the normal condiments – including sauerkraut – and salads. It was a perfect meal for a relaxed summer evening.

Mike Pohlmann, UCR Vice President, updated us on the upcoming August 8th Social – at Hansa Haus, in Mississauga – featuring Henry Costa as guest speaker. Henry has worked as a mechanic on Porsches going back to the early 60s and was instrumental in tracking down and rectifying defects originating at assembly. He promises many interesting stories so we do hope to see you there. Advanced registration is required so please do so on: www.clubregistration.net

Not to be overlooked was Downtown Porsche’s GT3 Cup car on display that competes in the GT3 Cup Challenge Canada and is driven by UCR member Tim Sanderson. Tim is Co-Chief Instructor of UCR’s Drivers Education Program and he is a fierce competitor. We wish Downtown Porsche every chance of success in the series! 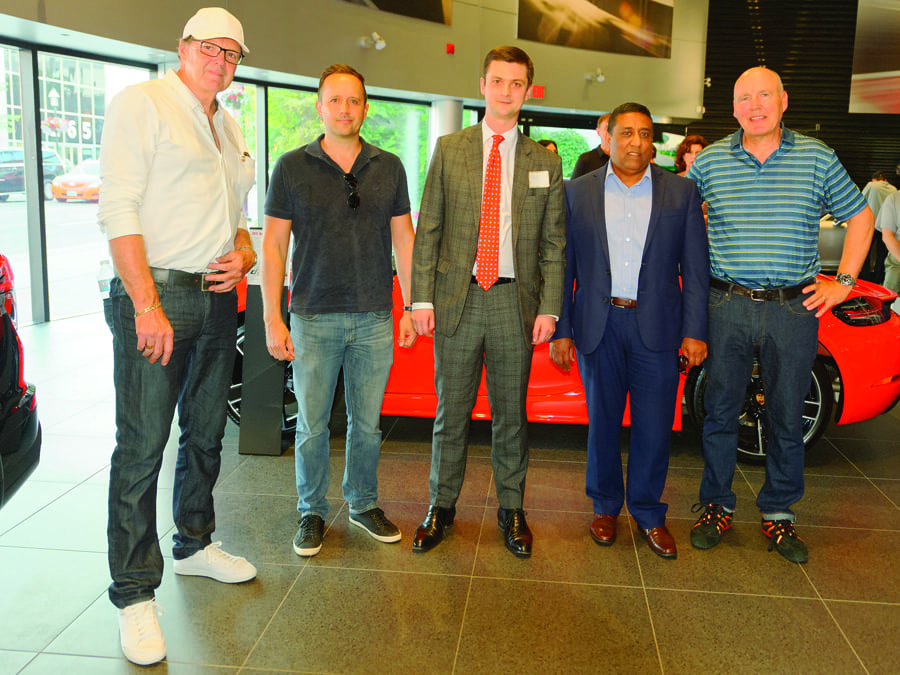