Nearly ninety UCR members and guests, enjoying the hot and mug­gy mid-summer evening weather, enthusiastically attended the June 12 event which was held at Downtown Porsche on Front & Parliament Streets in Toronto. Most drove their Porsches to this event and there were many fine examples to admire. Downtown’s small parking lot quickly filled up but ample parking was available at the Green P lot on Front Street directly across from Downtown Porsche.

Lots of great P-cars were on hand, including this example of Downtown Porsche’s Racing Effort

The evening started around 6:00pm and UCR President Mike Bryan officially welcomed everyone at 6:45pm. He intro­duced our host, Ms. Helen Ching-Kircher, President of Downtown Porsche, and presented her with a bouquet of orchids. Helen then spoke about some of the exciting model changes coming from the Porsche factory.

Following Helen at the podium, Mike Bryan an­nounced that the Upper Canada Region (UCR) contin­ued to be the largest and fastest-growing region in the Porsche Club of America (PCA), a fully independent automobile club. He recognized that this milestone was certainly assisted by Downtown Porsche, which provides a one year PCA membership to all of their Porsche cus­tomers. Retention of these new members and all existing members was achieved by UCR’s all-volunteer teams of dedicated Porsche enthusiasts. 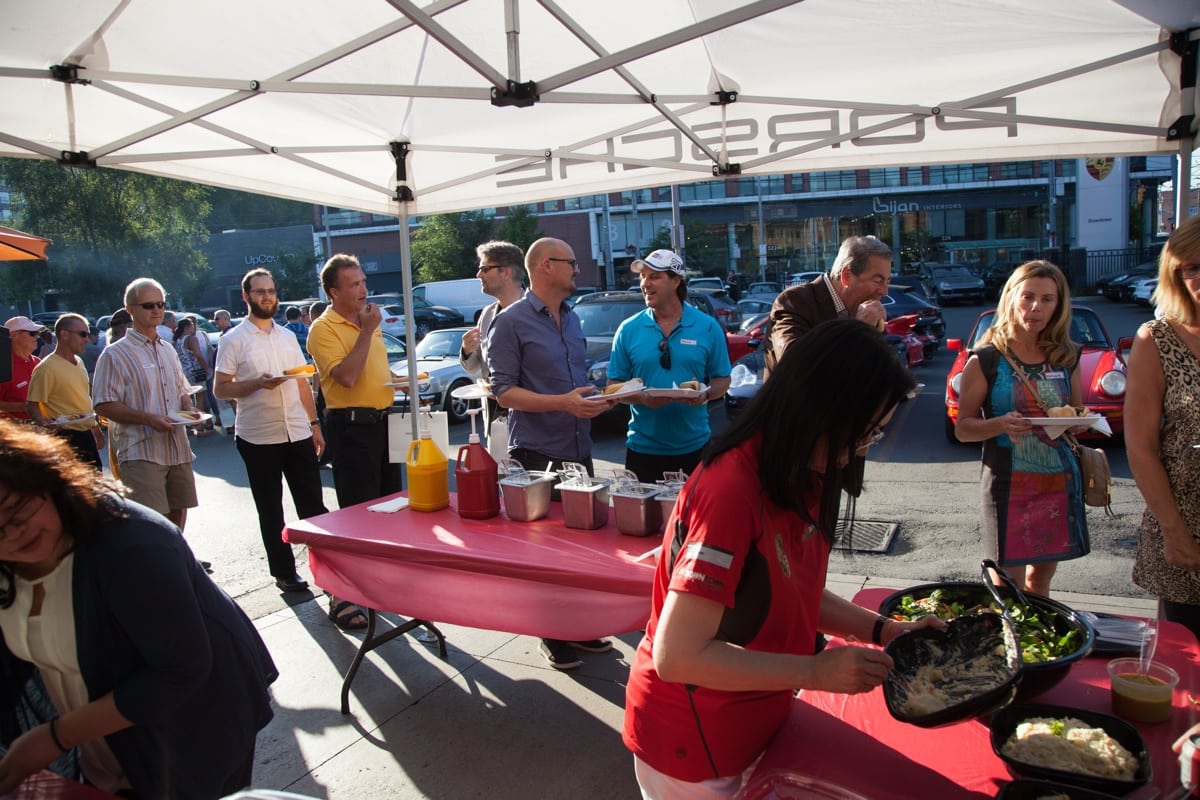 Mike then presented UCR pins to all of the new members present. These were Dave Grant, Ken Nguyen, James Smith and Iris & Andrew Zawadowski. UCR Vice President Kathleen Wong pre­sented pins to Randolph & Maggie Fung and I presented pins to Steven & Heather Alikakos later in the evening after Mike’s presentation. New members Sunil Sharma and Shaun Simrod checked in with Kim and Michelle at registration but weren’t at the front when Mike called their names. We couldn’t find them afterwards, so please see me, Mike or Kathleen at another event to receive your UCR pins.

Chris Plater then hosted Downtown Porsche’s traditional “Trivia Quiz” and ten prizes were awarded to those attendees who provided the first correct answers to his questions. This year’s trivia theme was hybrid cars. Chris mentioned that demand for Porsche hybrids has really increased as more custom­ers are going “Green.” 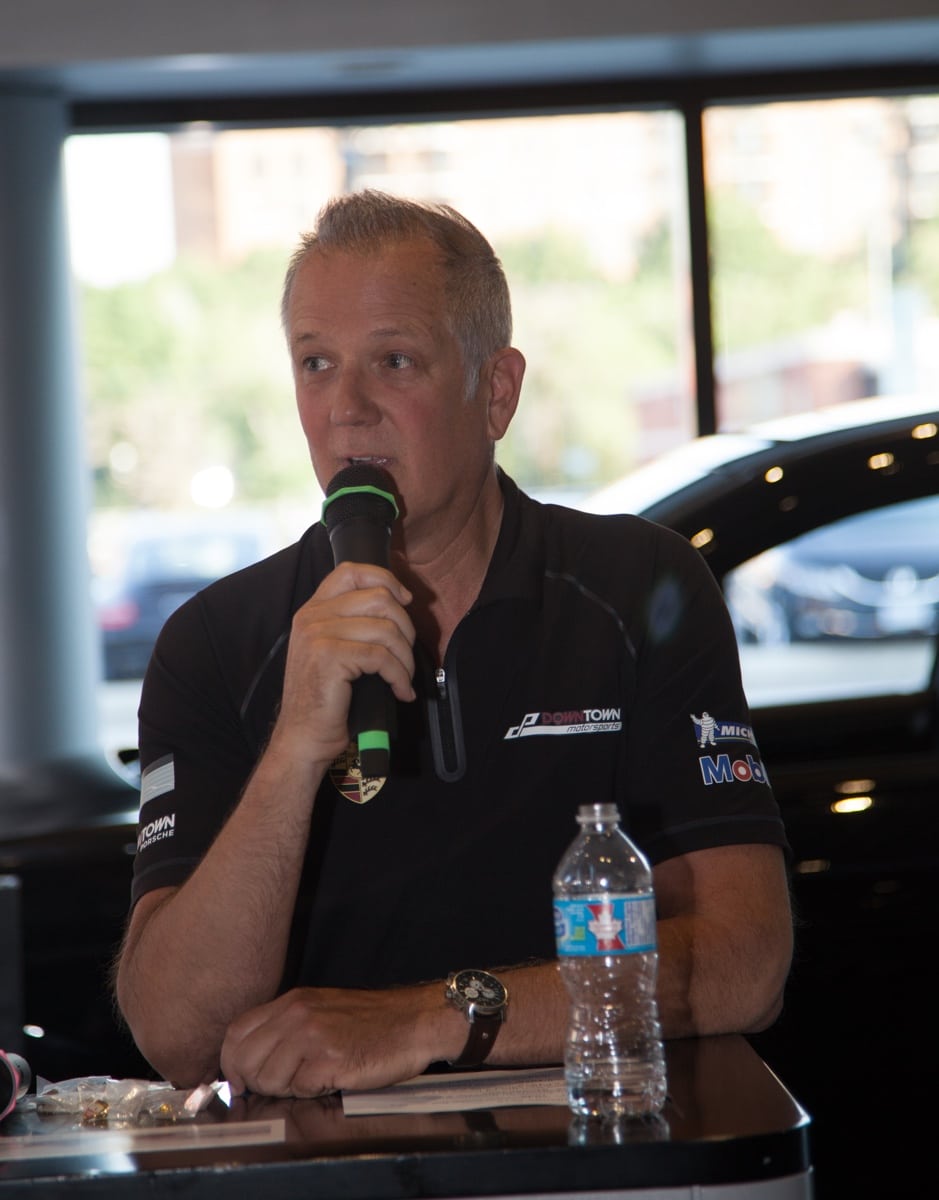 After these formalities concluded, everyone was invited out to the rear parking lot for Downtown Porsche’s traditional, complimentary backyard BarBQ. There were freshly grilled German and Pol­ish sausages as well as traditional and veggie hot dogs. Toppings included hot peppers, sauerkraut, mustard, ketchup and relish. There was also a variety of mixed green, potato, noodle and pasta salads and a variety of iced soft drinks and bottled water. Dessert included fresh fruit and cookies, the latter of which are always a hit with our members.

Members and guests enjoyed each other’s company and the many Porsches present until around 8:15 pm, by which time most had left. Thanks go to the Socials volunteers of Kimberly Viney and Michelle Gananathan at the event registration desk and Mario Marrello who looks after ClubRegistration.net.