Nearly fifty UCR members and guests ventured out on a cloudless evening to attend UCR’s June 14 Social at the Islington Golf Club, a beautiful venue in the heart of west-end Toronto.  The theme for the evening, during UCR’s 40th Anniversary year, was looking back at the Club’s roots and looking forward to the future.

After dinner, UCR President Mike Bryan spoke about scrapbooks at the back of the room that earned UCR the PCA “Region of the Year” award. UCR has a history of winning awards at PCA Parades and this is something that all members should be proud of and should strive to continue.

Mike mentioned that 51 cars from UCR were registered to attend this year’s Parade in Jay Peak. Kathrin Menge of Porsche Cars Canada (PCC) was on hand to present “goodie bags” to each UCR car attending Parade. Kathrin also mentioned that PCC will be sponsoring a Tuesday Happy Hour at The Ice Haus from 5:30-6:30pm. Both Pfaff Porsche and Downtown Porsche are also hosting events on June 18 for UCR members driving to Parade.

Mike then talked about some upcoming UCR events including the July 8-10 Porscheplatz at Canadian Tire Motorsports Park (CTMP), the PCAUCR CanAm Challenge Club Race at CTMP on August 5-7 and the biggest event of the summer, UCR’s 40th Anniversary picnic on July 23 at the Boyd Conservation Area in Woodbridge. Full details of this FREE event, including FREE tickets, are in this issue of Provinz. 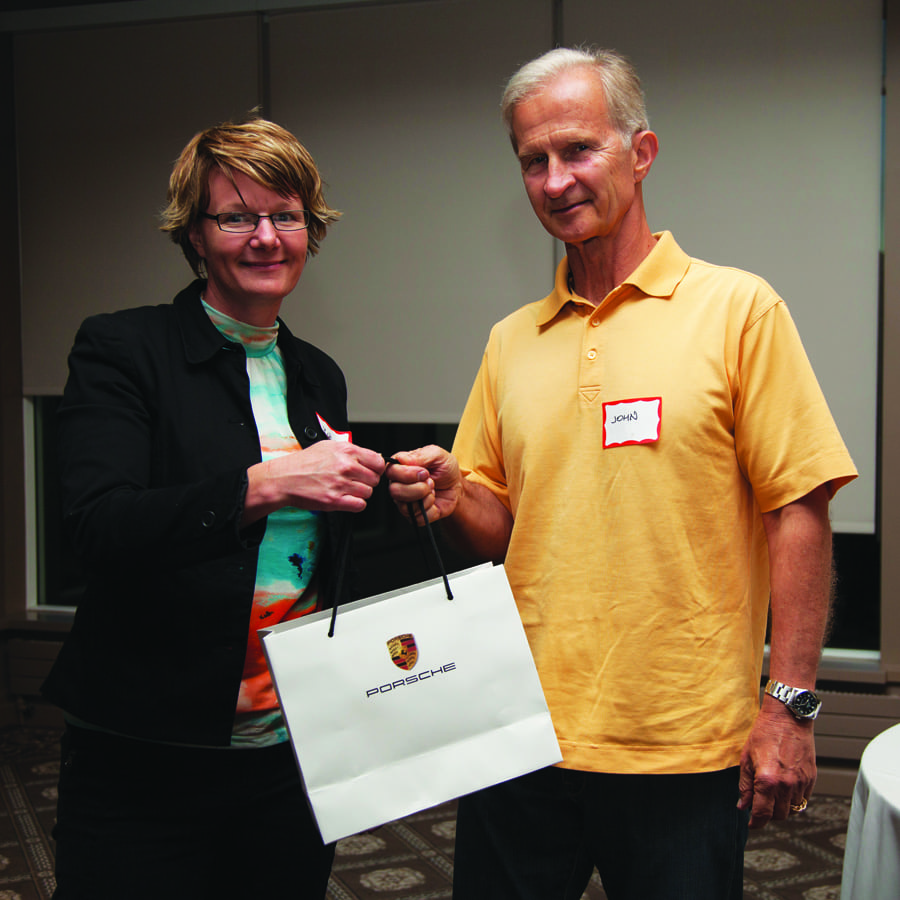 Mike then welcomed and handed out UCR pins to first time social attendees Marc Etherington, John Starasts and Peter Ober. Peter, as we soon found out, has not attended our monthly socials for decades since he was Club President. Mike then introduced five past Presidents for the “looking back” Q&A: Peter Ober (1978), David Pateman (1980/81), Rosemary Adam (1989), Crawford Reid (1990) and John Adam (1998). All five remarked about the passion of the club’s numerous volunteers and the playful hi-jinks that UCR Parade attendees have managed over the years. They also thanked the local area Porsche Dealers, Pfaff and Downtown, for their generous support in the early years of UCR’s existence. 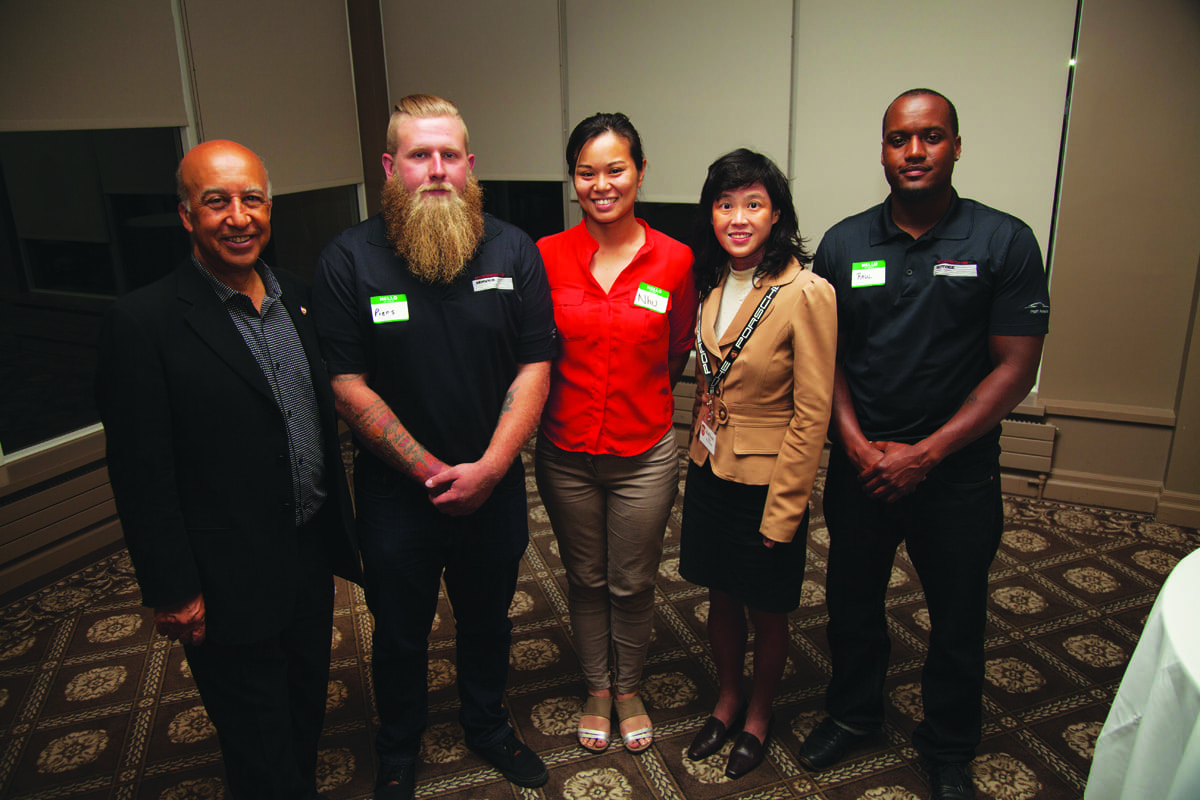 In “looking forward”, Mike Bryan talked about the “Street Survival School” and “Driven-2-Smile”, two community-focused events that help raise UCR’s public profile, as over 500 people attended those events. Mike then introduced three Centennial College students to the audience. Each received a scholarship from UCR and works for an approved UCR Tech Centre. These were Raul Spencer and Piers Kuznick, who both work for Pfaff Porsche in Vaughan and Nhu Nguyen, who works for Porsche Centre Oakville. All techs were grateful for their UCR scholarship and used their scholarship monies to purchase their own tools. All were extremely passionate about their opportunity to work with the Porsche Brand and serve our members.

Dagmar Ruehl-Pegg then gave out some door prizes and the evening came to a close. Thanks go to her and Kim Viney, along with behind-the-scenes volunteers Ken Jensen, Mario Marrello and Kathleen Wong, who all played a role in making the evening a success.