What a wonderful June Social!

a fine evening for a German BBQ.

The warm evening was perfect for a German BBQ with all the trimmings. Over 80 people attended the wonderful evening of excellent food, great conversation and beautiful Porsches everywhere amidst car enthusiast camaraderie at Downtown Porsche.

Constantine Siomos, Senior Vice President of Operations, greeted and welcomed UCR Members. Chris Plater, General Sales Manager drew a crowd and hosted a Porsche Trivia Question Challenge, handing out prizes to eight lucky winners, We appreciate the generous and kind hospitality of Downtown Porsche and thank all their staff who mixed and mingled with UCR members. 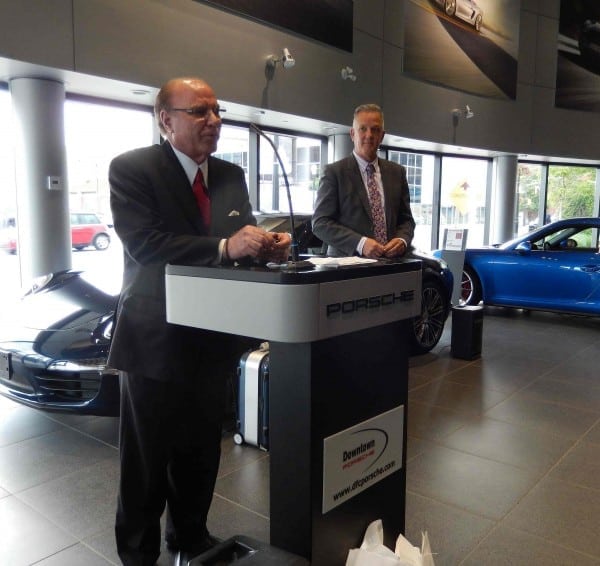 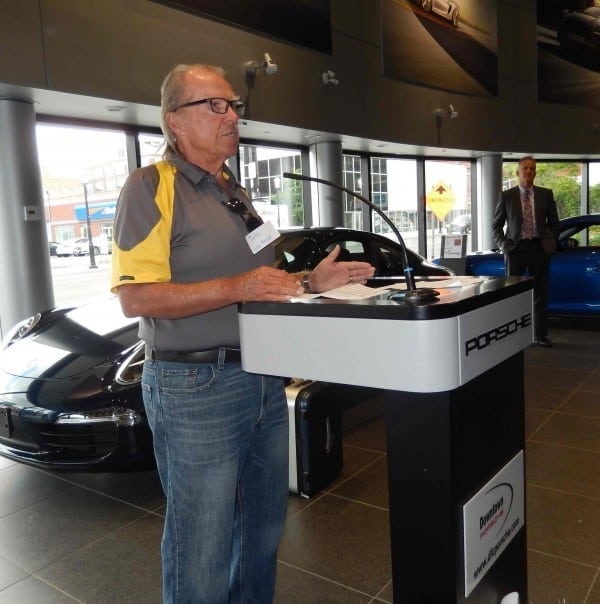 John Van Atter gave us some details on the upcoming PorschePlatz meet in July.

Kathleen Wong, VP announced that UCR is now the largest Regional Club in North America—an accomplishment that we can all be proud of. John Van Atter promoted PorschePlatz to be held July 9-12 at CTMP. Hazel De Burgh, Street Survival Co-Chair, profiled the benefits of Street Survival Program and promoted upcoming Fun Runs and our UCR Rally. Martin Tekela, Socials Co-Chair, announced details of the upcoming July and August Socials. 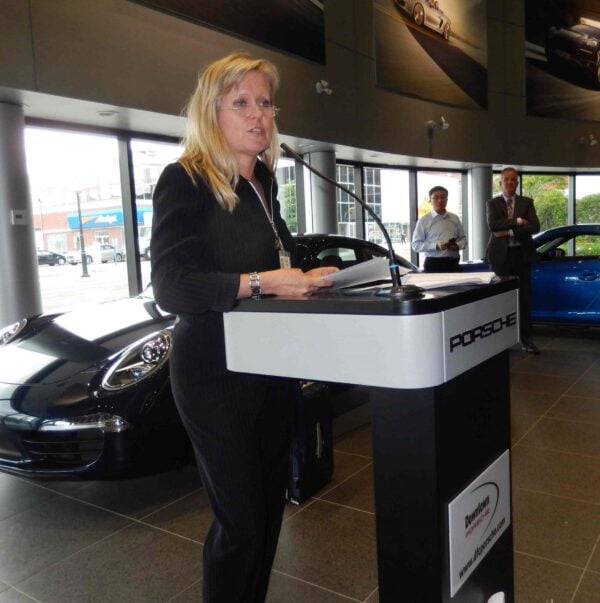 Details of these events can be found in Provinz magazine and on our website at: https://pcaucr.org/

A warm welcome to new UCR members attending their first Social: Mary Arthurs, John Tsourounis and JoAnn VanEngelen. We welcome you to our wonderful Club and we look forward to seeing you at other UCR events and getting to know you better! And many thanks to Kirsten Ward who handled the Registration Desk with smiles and laughter. Also, thank you to Kim Viney, who, once again, was a huge help in taking care of On-Line Registration!

A most enjoyable evening!