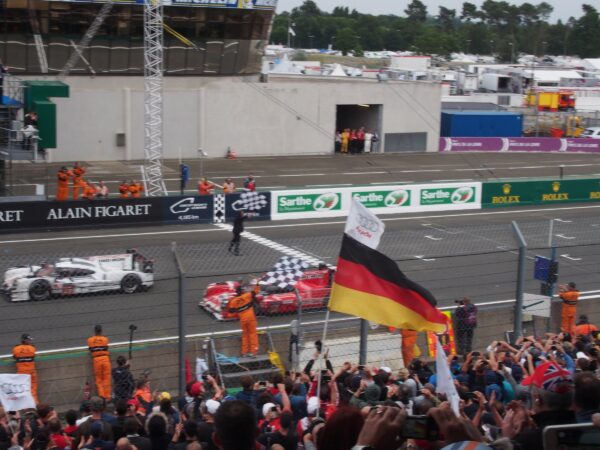 The first and second place Porsches cross the finish line together.

As a long time race fan, I have always wanted to go to Le Mans 24-Hour race. I finally went this year and what a year to go with Porsche winning after a 17-year gap! 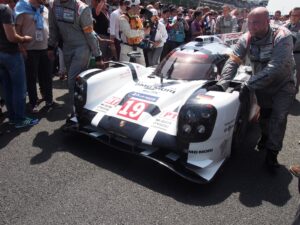 Mechanics pushing the winning car through the crowds just before the race.

I went on a tour for the first time and it is definitely the way to go when one’s level of comfort has gone up. We stayed in a nice hotel and were driven to and from the track each day. For our tour guide it was his 44th Le Mans and he was of course very knowledgeable. Le Mans is a huge facility and the shuttles were much appreciated. For example, to get to Arnage corner the shuttle left the track, passed through a village and returned to the track. 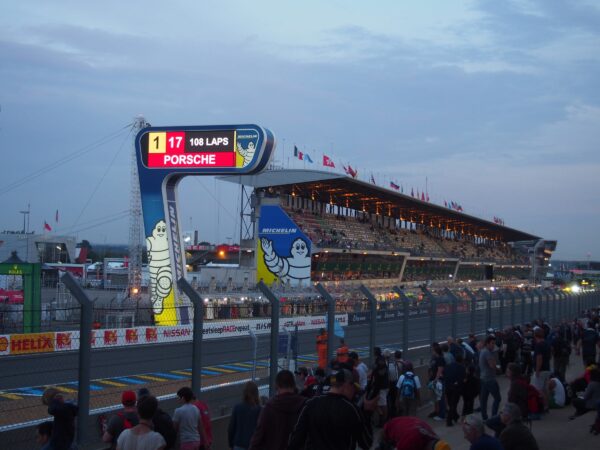 The pit straight on Saturday evening. 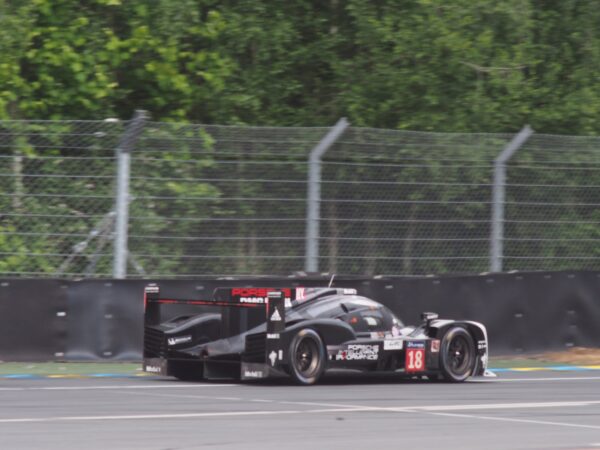 Taking action shots is difficult with the safety fences in the way but I did get a Grid Walk pass so it was well worth taking those shots. I was able to get within inches of the cars as the mechanics pushed the cars through the huge crowds to the grid. Le Mans has over 260,000 spectators but the ones on the grid walk were respectful. As well, one driver per car walks through the crowd, which is a lot of fun. I also had a grandstand seat at the start finish line. The start was spectacular with the full field roaring by into the first turn. After the finish, the crowd is allowed onto the track for the awards ceremony, which took place right in front of us.

The variety of cars is impressive and the race is essentially a 24-hour sprint. The Porsche team of Nico Hulkenberg, Nick Tandy and Eric Bamber really took control of the race in the early morning hours and held it to the end. The last half hour seemed interminable but finally it was three o’clock and Porsche had a one-two finish. 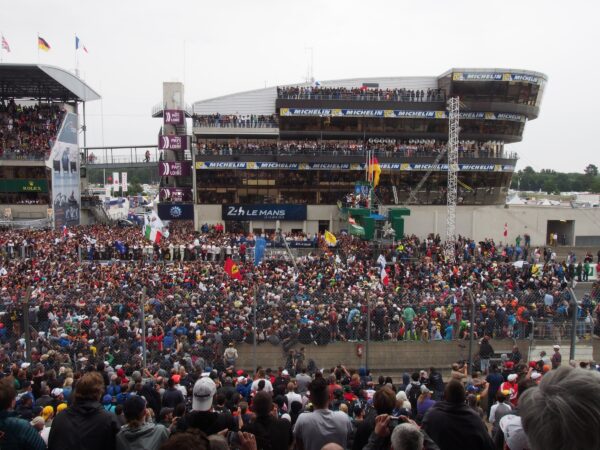 The track opens to the fans for the trophy presentations. The drivers are on the green bridge. 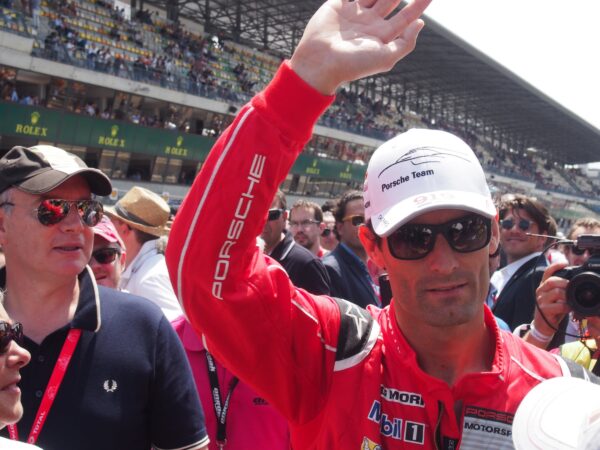 Mark Webber, who finished second, waves to crowd during the Grid Walk.

The five drivers who raced for Porsche at Le Mans this year attended and spoke with the Porsche Club attendees and volunteers. (I was a volunteer.) The prototype drivers and overall winners were Nick Tandy and Eric Bamber and in the 911s, Jorg Bergmeister and Patrick Pilet. As well, Wolf Henzler (who also was at Le Mans) and Bryan Sellars of the Falken Porsche team spoke with us and took questions.

I was fortunate to speak with the factory drivers after their presentation and got Tandy and Bamber to sign my photo of the finish. They weren’t in the car for the finish and as you can imagine they were even more nervous than me for the last hours of the race. I asked if they were still excited about the win but they said they had to get right back to work. However, their big smiles told me they were still thrilled.

Tandy and Pilet totally dominated their class at the Mosport event essentially leading the complete race. That was an excellent result and if you ever get a chance to attend Le Mans don’t miss it!