Home »Provinz»Legends of the Autobahn 2013 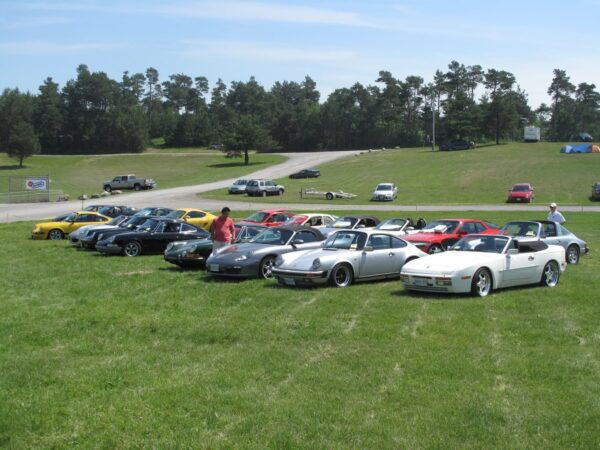 By Kye Wankum, UCR Director of Communications; Photos as credited 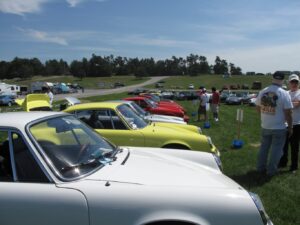 This old German proverb, loosely translated to “what takes a long time and much effort will finally be great,” certainly applies to the Legends of the Autobahn event held at Canadian Tire Motorsport Park (Mosport) for the very first time this past June, alongside the annual Canadian Historic Grand Prix organized by VARAC (Vintage Automobile Racing Association of Canada).

UCR was first approached by the local Mercedes-Benz club regarding this ambitious undertaking in January of this year. I attended a first round of discussions with Harald von Langsdorff, president of the Mercedes-Benz Club of America, Toronto Section, and Randy Sparre, event organizer for the BMW Clubs Canada, Trillium Chapter. One of the points of the mission statement of PCA is “To establish mutually cooperative relationships with other sports car clubs” and so, after that initial meeting and the concept striking me as quite exciting, I recommended to the UCR board that we go ahead with this endeavour. 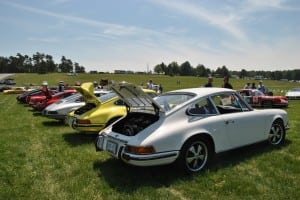 The Legends of the Autobahn originated in California, where our three clubs joined together to present a similar car show four years ago. However, ours was to have an added twist: it was to be held alongside the annual vintage racing festival at Mosport, thereby adding an attraction to that event and giving ours a foundation to build upon. As well, ours was to be a car show with driving events, such as a rally and controlled track lapping, organized by VARAC. Both the BMW and the Mercedes club used their area of our common Legends “corral” for their annual Concours, while UCR had a friendly Show and Shine competition instead, with our own Concours still coming up on the 15th of this month.

Hundreds of emails and several organizing meetings later, the big day was finally upon us on June 15th and, blessed with gorgeous weather, the event turned out to be quite beautiful, with all participants, spectators, sponsors and organizers thrilled with the outcome. 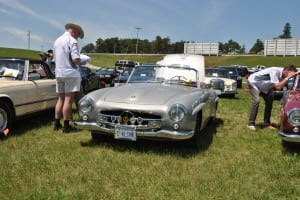 I must commend Bob DeShane of VARAC for doing a tremendous job with the organization of the vintage festival, while at the same time lending us a hand in getting things sorted amongst ourselves. I ended up chairing the organization of the event on behalf of UCR on my own; I would definitely recommend that there be at least two event chairs in place should UCR decide to do this again. There was also a challenge in organizing volunteers for the day itself and it was only through some friendships within the club that I managed to find a captain for the event day in long-standing member, John Van Atter, while I was attempting to participate in the vintage races myself that day. Thank you, John! This was certainly one of those opportunities where even inexperienced volunteers could have helped out for a few hours in a beautiful and fun setting, and walked away with an awesome hundred-dollar crew shirt supplied by event title sponsor, JRP/SONAX to see the gorgeous vintage race cars on track and in the paddock. 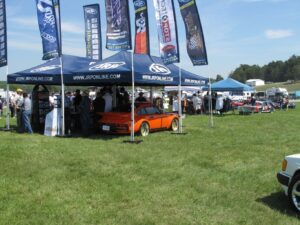 Our UCR sponsors were OnWall Solutions, Douglas Ailles – The Plan by Investors Group, RS Road/Show Automotive Appraisal, and Harmony Printing. A big Thank-You for your support!

Our MC for the event was automotive journalist Jim Kenzie of the Toronto Star. Jim also presented the trophies to the participants from all three clubs and shared the odd quip or anecdote to keep everyone entertained. Thank you, Jim Kenzie! 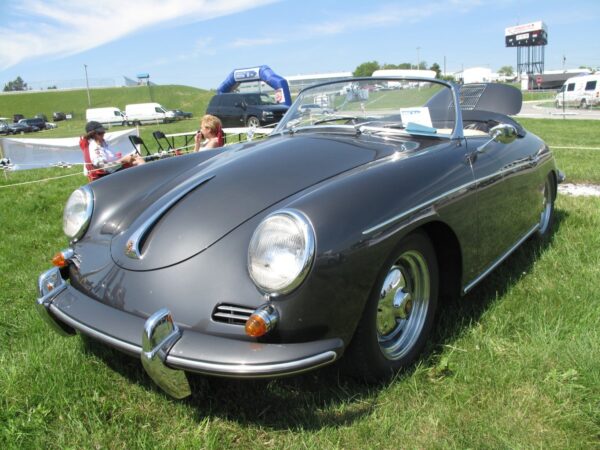