No less than 16 new members and first-time social attendees were present and received their UCR pins as an official welcome to the club.

Seven days earlier, the GTA was in the midst of this winter’s heaviest single day snowfall. Not a great pre­lude to the Drivers Education presentation planned for the Social on March 8th. Mother Nature subsequently had a change of heart and provided well above seasonal tem­peratures that melted most of the snow. We had a number of Porsches parked in the private lot at The Donalda Club and 73 enthusiastic members and guests in attendance. Significantly, there were 16 new members or first-time Social attendees. As is UCR’s policy for Socials, each newbie was mentored by a more experienced UCR member who helped welcome them to the Club, demonstrating that “it’s about the people, not just the cars.”
At 7pm, a buffet style dinner was served featuring chef-carved roast tenderloin of beef, French fries and mixed green salad. Completing the meal was a dessert table with several types of freshly baked cookies, and a variety of other tempting sweets. Some thought the beef was too rare and the plates were too small to hold a full meal. The dessert table, however, was delicious and plentiful. Round one of the “Battle of the Beasts” goes to Islington. 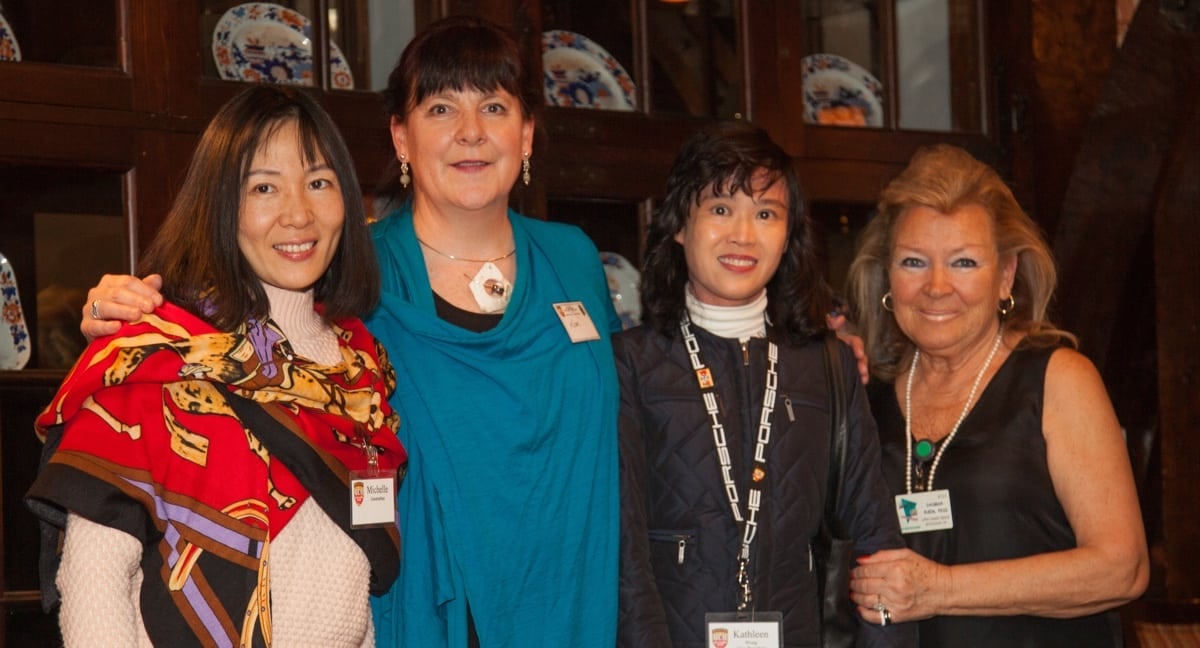 Thanks to our volunteers who made the evening run smoothly: Michelle Gananathan, Kim Viney, Kathleen Wong and Dagmar Ruehl-Pegg.

Then our guest speakers took the floor: Stephen Good­body and Tim Sanderson, Co-Chief Instructors and Del Bruce, Worker Assignments Captain for UCR’s Driver Education Program. They started with short video segments featuring a number of UCR track participants. These videos were produced by another avid track enthusiast, Andreas Trauttmansdorff. Stephen, Tim and Del then each took turns speaking about the various elements of the DE program. The Introductory Driving School is the first step and each of the three schools planned for 2016 can accommodate 30 drivers. These events typically sell out. Step two graduates DE newcomers to the Green Run Group where students are accompanied by an in-car Instructor. Students can then progress to Yellow, where they still have an in-car Instruc­tor, and eventually progress to the solo run-groups. A Q&A session followed.

Completing the evening, our Hostess Dagmar Ruehl-Pegg gave away a number of Porsche door prizes to the lucky winners. Many thanks to Dagmar and the great team of volunteers who help to make these Socials happen, including Kim Viney, Mario Marrello, Kathleen Wong and Michelle & Randy Gananathan, and all the new member mentors.