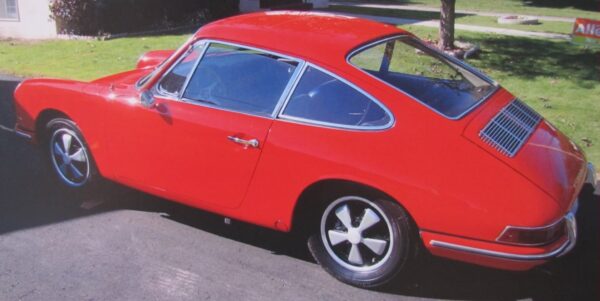 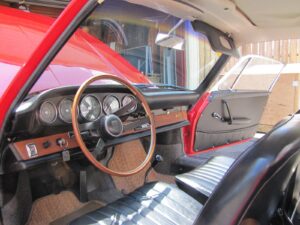 My first experience with buying a Porsche had not been a good one. It was the ‘66 912. I bought it out of Toronto for $3,800, a lot of money at that time, but I wanted the car. Being a rookie, and not knowing how Porsches are affected by winter weather, I had really bought a lot of work and expense. After many years and a lot of frustration, the project was abandoned and sold. The only good thing that came from it is the original radio that was in the car is now in my 911.

So on that day in ’94 my son, who was 15,and I started on a journey to Brantford, where the car could be seen. I really didn’t go there to buy, but only to satisfy my curiosity. The Porsche was a nice red, the price was lowered, and my son kept saying, “Buy the car, Dad.” So I did.

The person I bought the car from owned a flatbed truck and offered to bring the Porsche down to where I live in the Niagara Peninsula. That was great.

It was registered as a 1966, but on further inspection it wasn’t a ‘66 but a ‘65 with a VIN of 300761. Wow! A nice surprise. The owner couldn’t tell me much about the car, but at that time it didn’t matter to me. From that time forward it’s been fun and a rewarding journey. 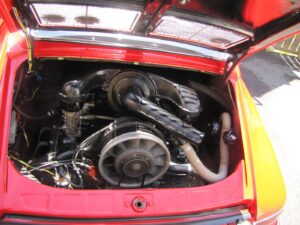 The overall condition of the 911 was very good considering the year. The steering wheel was a Dino wood wheel, which was not original and I was lucky enough to purchase a Porsche wood wheel which was correct for that year. The price was far less than what you would pay for that wheel today.

Because of the lack of swap meets around the area, I was forced to go to places in the USA for parts I wanted to upgrade on the car. I made many a call to different states, talking and asking about things I needed. The places I visited most through the years were Hershey, Pennsylvania and Mentor, Ohio. Hershey is a place you must go if you are restoring a Porsche, it has several hundred vendors and almost everything you need, and takes place in April. Mentor, Ohio is smaller but the vendors always had good parts at reasonable prices. It takes place in June. One thing I have learned buying used parts, is pay a little more than you want, buy the best you can get, so you are not replacing that part again later. 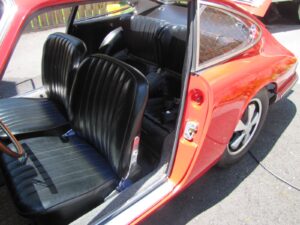 It has taken some time to bring the car to the condition it is in today, but I never rushed into it trying to meet a deadline. If it weren’t for swap meets I would never have been able to afford to restore my 911. It’s not a VW, and once you say you have a Porsche the price seems to go up. Lesson learned.

It’s been 19 years in the making and I must say I have met a lot of people who have become my friends because of this. As a child, I always wanted to own a Porsche, never thinking that one day it would be a 1965 911. I have enjoyed bringing the car back to its original the best I can , and I will say finding parts for that year is much harder and more expensive now.

When I first bought the Porsche I drove it more than now, but the enjoyment for me is to try to get it back the best I can. It has played a big part in my life for the time I have had it, to the friends I have made, and the joy of owning a Porsche. It’s been a joy to own this car and I have been thinking of letting someone else do the same. To me it’s like a million dollar picture, it’s great just to look at it.