The forecast for the Muskoka Fall Fun Run was not promising a few days ahead of the event. The night before suggested rain and when I woke up the morning of October 2nd, it was a dreary day with a persistent mist. However, Porsche’s are “meant to be driven” and I didn’t buy my Boxster as a fair-weather car, so off I headed. Misting on and off all the way up to Orillia, I arrived at the gathering point north of Orillia to find the weather had started to clear. No sign of water on the ground. A total of 24 cars showed up with our host commenting that everyone who had committed to coming had made it. This could be a testament to the roads and well-run events David and Anne Forbes host. Milling about beforehand, we discussed our cars, DE and Fun Runs. A couple, having just joined the club after purchasing their first Porsche in early summer, joined us for their first fun run. She was pleasantly surprised to see so many women along, expecting it to be predominately male. We even had a little girl squeezed into the rear seat of a 911. 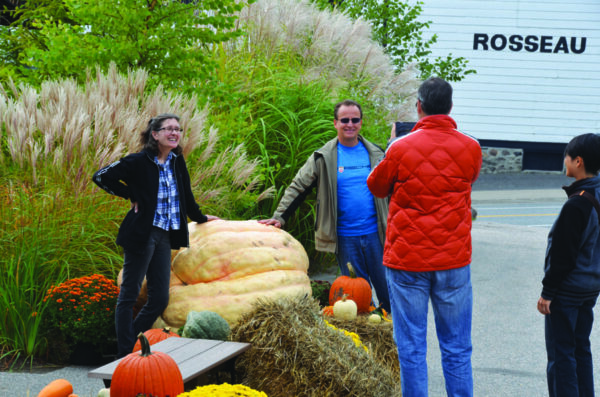 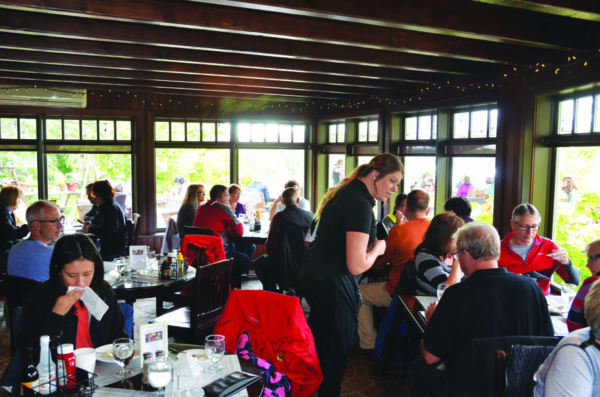 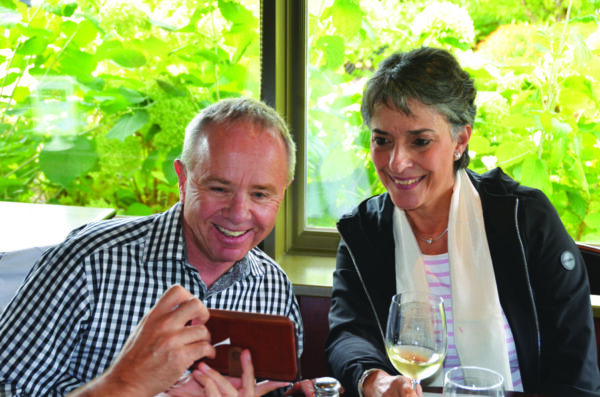 At the kickoff briefing David told us the forecast was for nice weather and that the colours were indeed starting to change in Muskoka. Just before 10:30am we headed out, pulling onto Highway 11 trying to keep the group together so nobody would miss the first turn. This was critical as the next turn to catch up was miles up the road, and would mean missing some of the greatest roads in Ontario. Once off the highway the colours started to appear: splashes of reds, oranges and yellow mixed in with the still mainly green trees. Given the extended warm weather, this was an unexpected bonus. As we pulled onto this country road, my smile grew wider seeing the snaky road sign, indicating 33 km of curves ahead. Mix in elevation changes with tight corners and limited straights; the road is a delight to drive. It requires acceleration, braking and turning, while presenting more than a few rough spots to try to dodge; a price we were more than willing to pay. Some of us slowed considerably approaching a stop sign halfway through the run up to Bala, lowering our tops to enjoy the unexpectedly nice weather. Once we reached Bala the roads smoothed out both in tightness of the turns and quality of pavement. Going through Bala the group got split up by a construction traffic light that seemed heavily weighted to traffic coming the other way. Fortunately, the directions were good (I cheated and put the next stop in the GPS), and the group rejoined just before Rosseau. The run from 118 up to Rosseau is another great drive although David had warned us there were 4 or 5 sections of culvert work with 4’ wide sections of gravel to drive over. The road was well worth it though. Just north of Port Sandfield, where there is a single-lane bridge over the connection between Lakes Rosseau and Joseph, we saw a group of wild turkeys. I braked, fearful of the mess one of these large birds would make of the front of my Boxster, while someone else thought ‘Thanksgiving Dinner’. 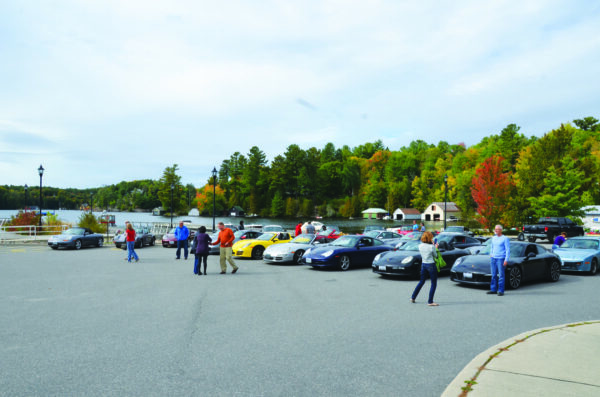 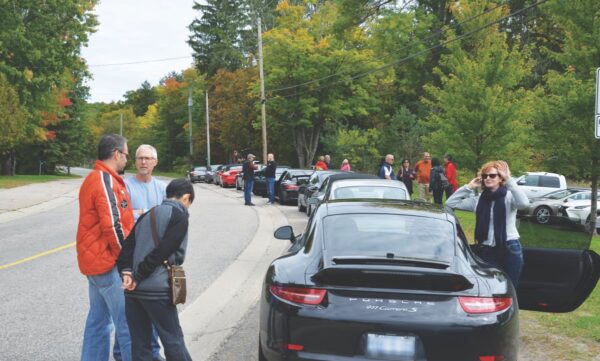 Lunch was at The Crossroads in Rosseau. It was a lovely buffet laid out on the patio. Most people ate inside since it was a bit cool for sitting and eating outdoors. After lunch we spent time chatting about cars then dropped down to the boat launch area for some group photos. This was a beautiful spot overlooking the water. The trees along the shore were starting to change colour making for a very picturesque setting. Porsche owners also seem to like nice cameras, since lots of us were taking pictures of our cars and the people.

The afternoon run was a romp along Route 141 towards Bracebridge. At times we hugged the shore with rock on one side and water two feet below the road on the other. There were even signs “Beware of Water on the Road”. Turning south, we ran through Bracebridge and down Route 17, another winding, hilly piece of paradise. Arriving at Sawdust City Brewing Company we climbed out of our cars marveling at the roads. The lady who was worried about being the only female informed us “I’ve never had as much fun in a car” and marveled at the pleasure that can be had in a Porsche on great roads. She was amazed at the acceleration, saying she didn’t think we would be going that fast (all within limits of course). Entering the brewery, we swapped stories about the drive today, our history with our cars, Drivers’ Ed (one of the guys had just come off a session the weekend before, saying it gave him a lot of confidence on the roads) and generally getting to know one another. Around four o’clock we broke up and went our separate ways, some heading elsewhere in the Muskokas, but most of us heading south after a wonderful day on the road.