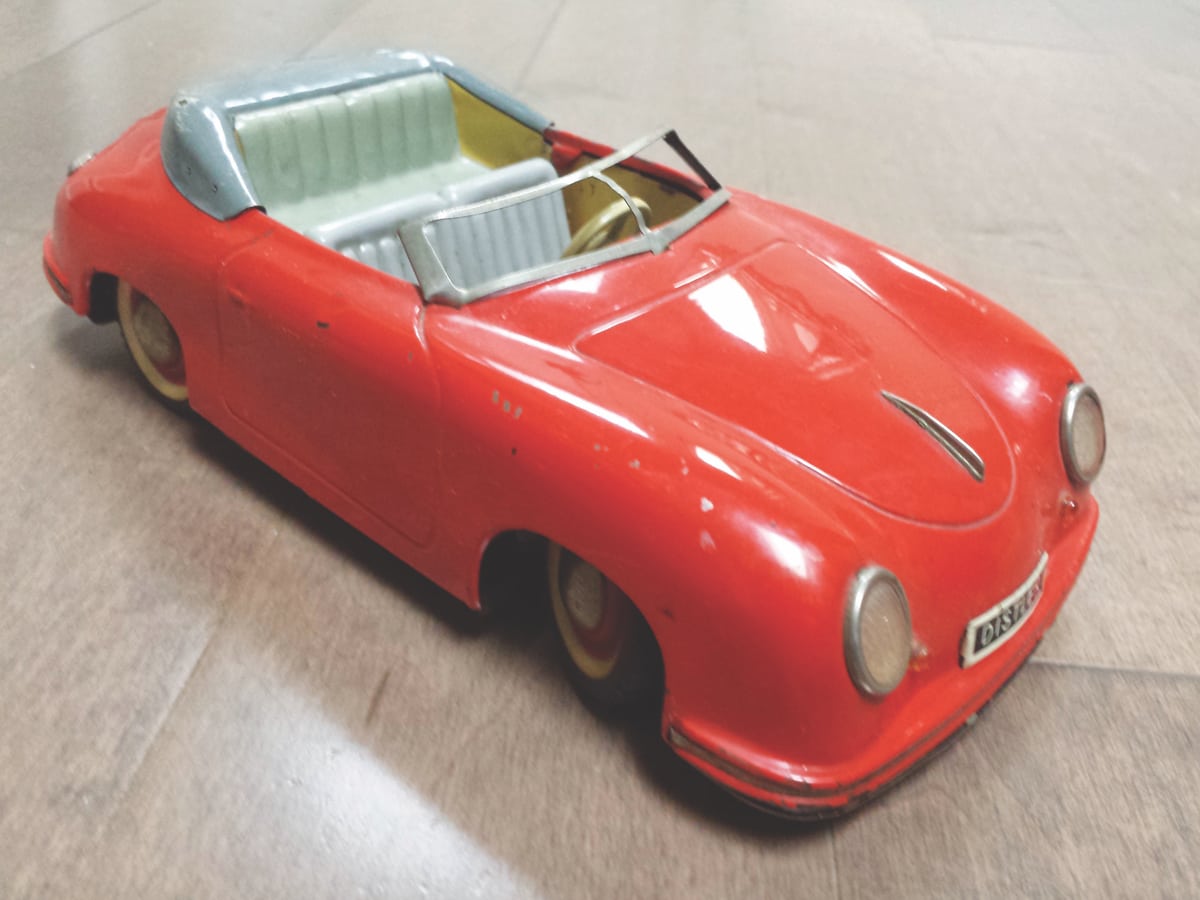 I have had it since 1955 or 1956 (cannot accurately recall that far back). It was a birthday present, given to me by an uncle when we were living in Hungary. 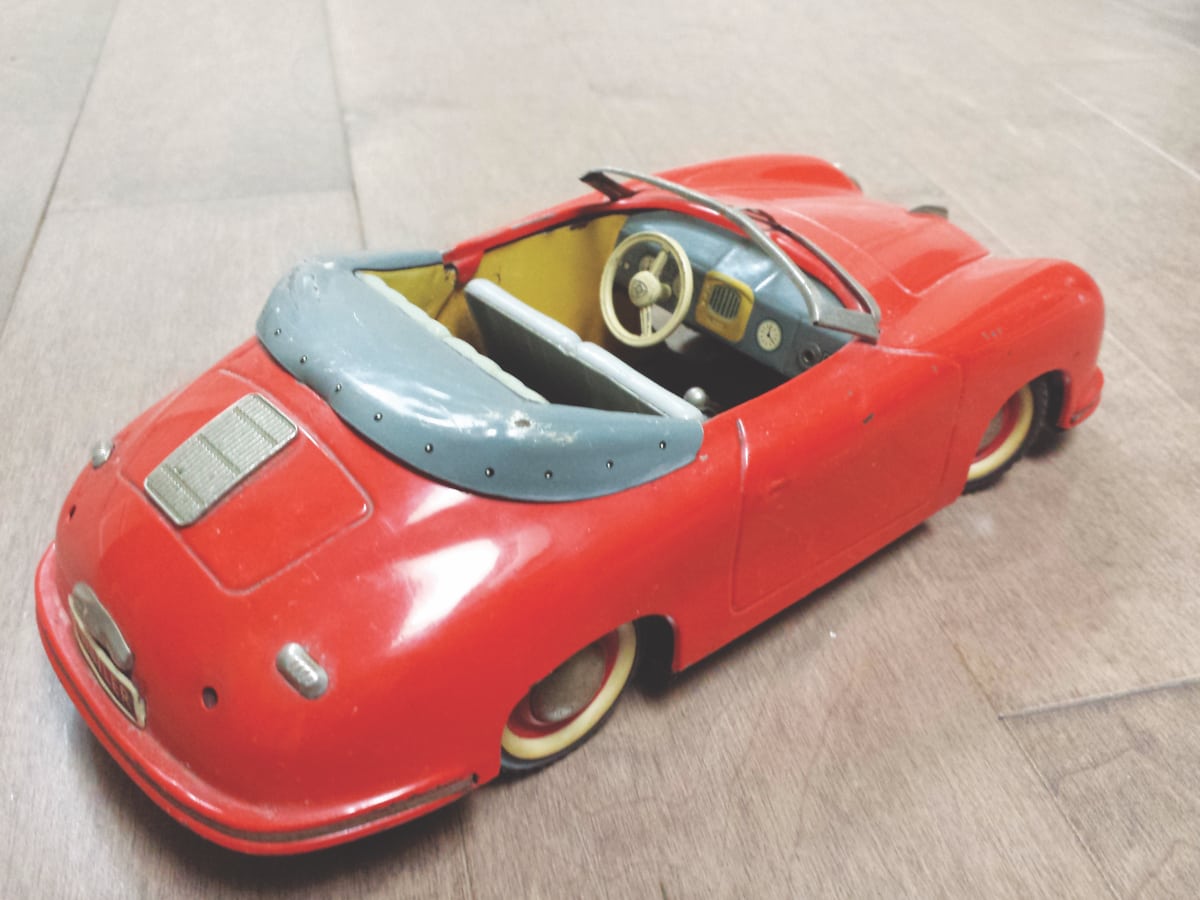 As the German advertisement describes, it cost 14.75 Deutschmarks (approximately $3.50 USD) at the time. The original version operated on a single 4.5-volt battery, my updated model uses two D cells. It has a functional steering wheel, two forward gears, neutral and reverse and an ignition key. In addition, it has a mechanical remote control mechanism (as illustrated in the attached graphic) whereby the red rubber cup attaches to the steering wheel, the metal armature with sprockets fits over the floor mounted gearshift, the alternate end of the flexible wire cable has two rubber cylindrical handles, twisting the red one turns the steering wheel, twisting the black one controls the gear shift. 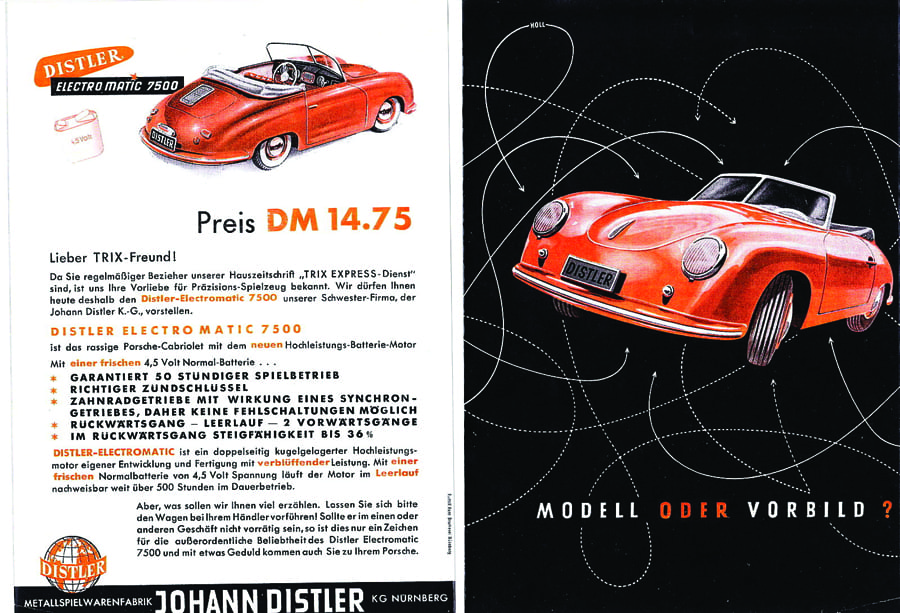 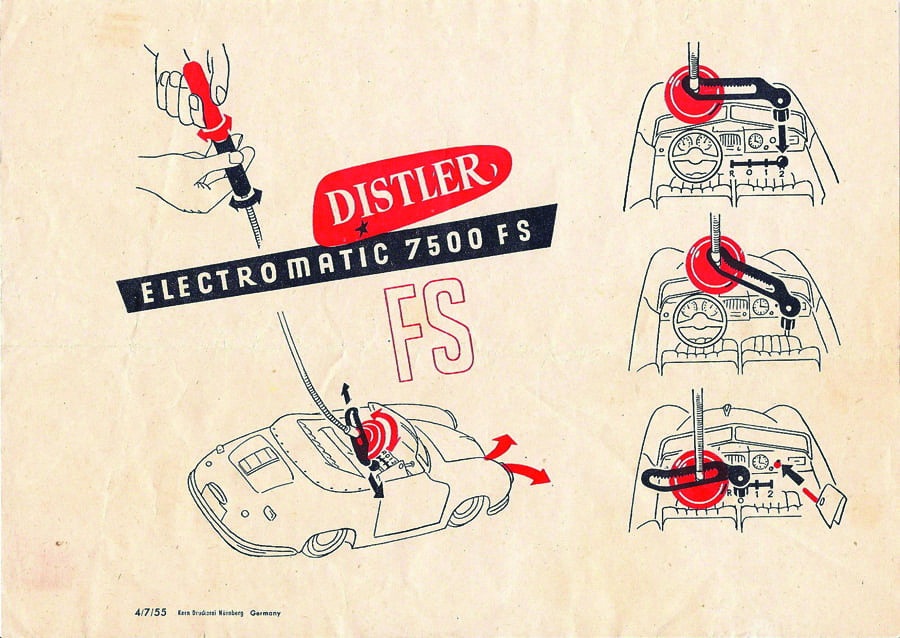