Home »Driving»Never Too Old to Try Something New 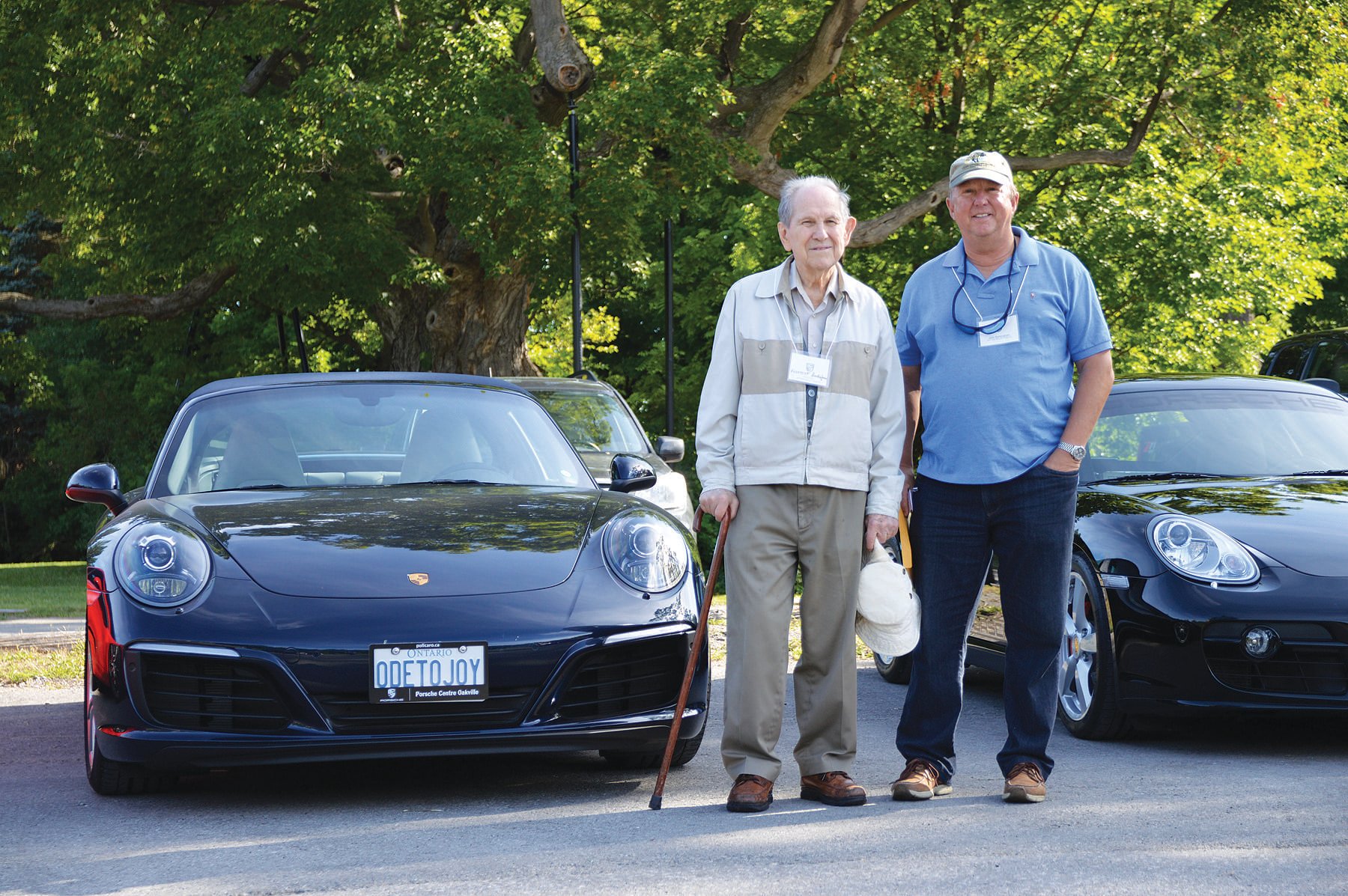 New to PCA UCR, I have been check­ing out a number of UCR events, like the monthly dinner gatherings, Fun Runs and, still to come, my first DE Day. I took delivery of my first Porsche, a 2017 911 Targa 4S, at the end of April and am enjoy­ing every minute in `ODETOJOY’ (yes, for the first time, I sprang for a special plate!). Of course, one talks about these things to friends and family. Little did I expect my 93-year old father to then say, “I want to join you on a Fun Run!” 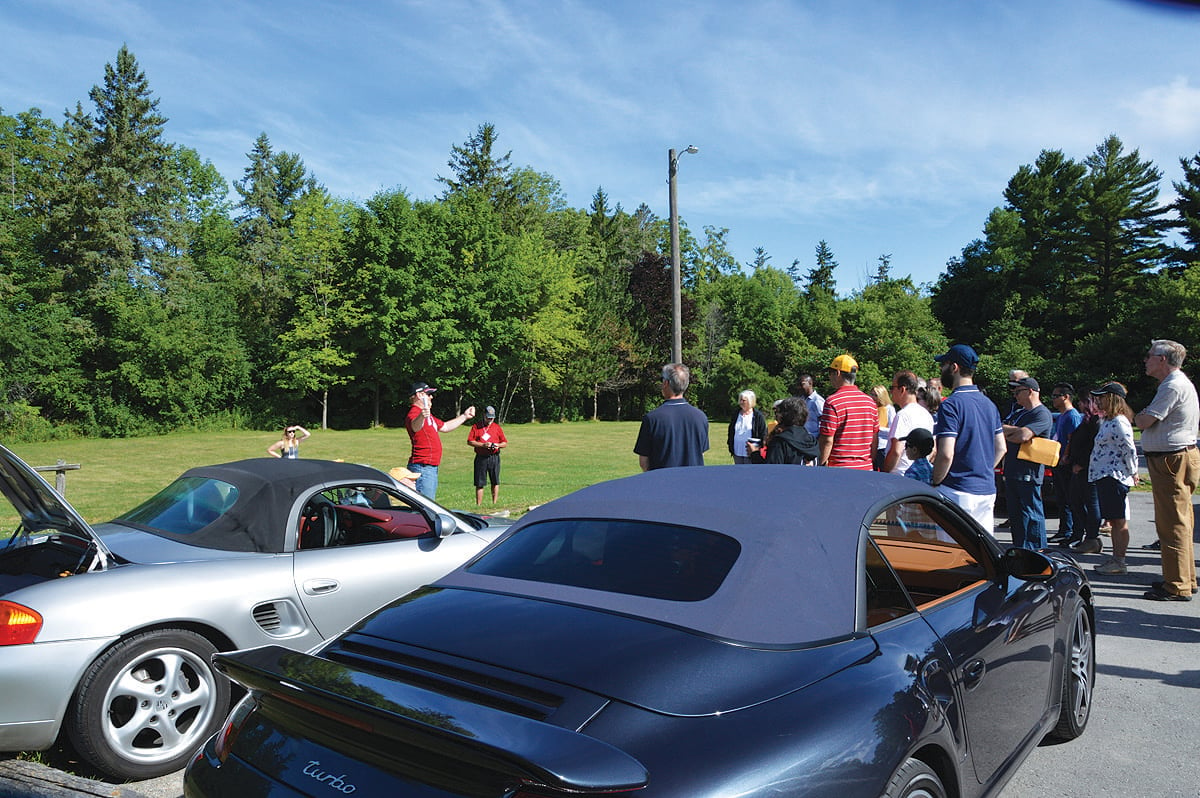 The conversation went something like this:
“Dad, your walker won’t fit in the car.”
“Then I’ll take my cane.”
“You know you’re not going to drive?”
“No problem. When do we go?”

So, the perfect opportunity soon arose. Terry Sellers was arranging the South Lake Simcoe Summer Ramble leaving from and returning to The Briars Resort on July 16th. The Briars is a favourite spot for my parents to get away from the city. I signed us up. 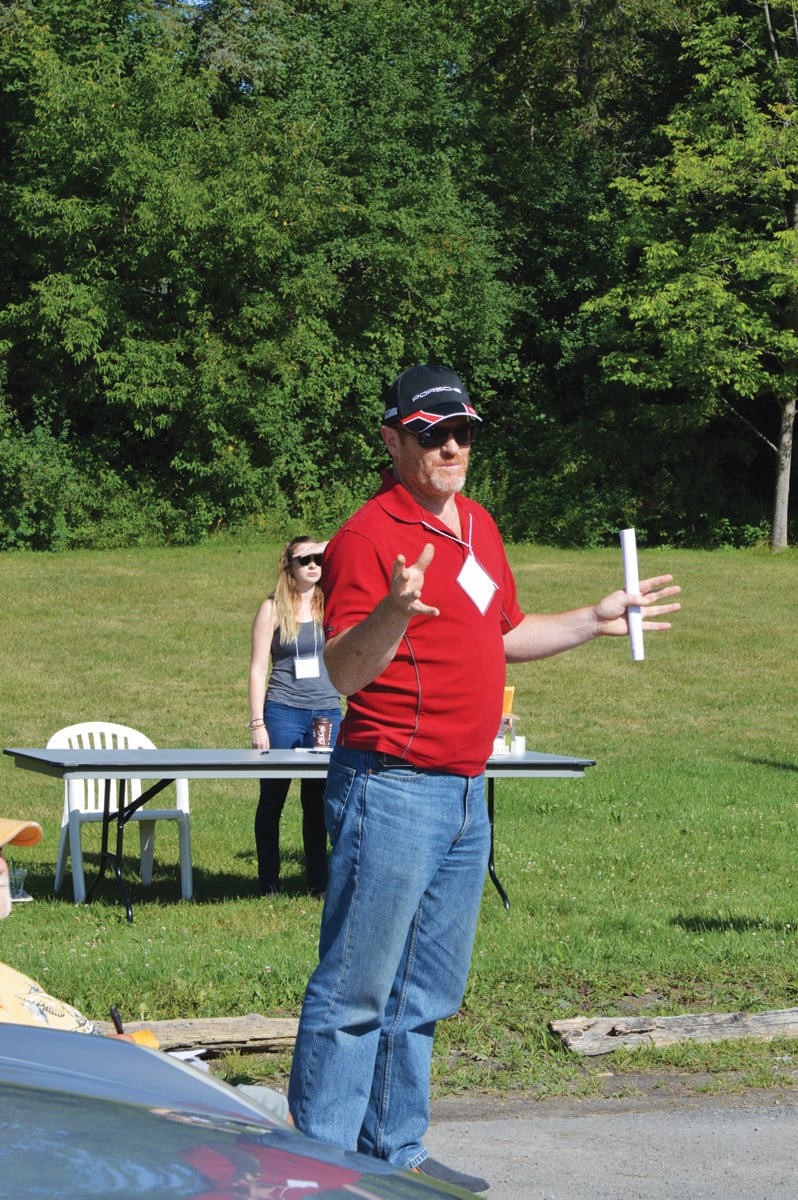 At this point, my father had never set eyes on my new toy, let alone driven in a Porsche of any descrip­tion. So when I picked him up on Saturday morning, it was the start of an eye-opening experience for him. We had a brisk drive to The Briars, had breakfast there and then joined the group. A colourful collection of Porsches showed upon that perfect summer morning, to explore the region! We didn’t quite know what to expect as I had only been part of a single Fun Run at that point; a `follow the leader’ event in the Niagara Peninsula. This was different. Terry had organized the day as a `Ramble’ with directions to follow, more or less, as we touched down at a variety of suggested spots before gathering for lunch. My father and I promptly headed out, with him serving as navigator and us leading a small group of cars.

Now, this is the story my father and I have agreed to tell, and we’re sticking to it. At the first turn, we turned right and everyone behind us turned left. My father’s comment: `We should let others have the opportunity to take the lead; noting that none of them were blindly following us’. Over the course of the day I must say that my father’s navigation skills were impressive. We were once at the tail of a queue, and when they turned right, we took `the road less taken’ together with another P-car following us. And we were correct! Did I tell you my father was a forestry professor before he retired and taught orienteering to undergraduates when they were picking up field experi­ence?

We had a great day that day, thanks to Terry’s organization and the group that joined us for the event. Having the chance to have an extended talk with my father was an added benefit. Perhaps you’ll see us together on another Fun Run!