Weather whiplash– Sunday, May 28 was one of those peculiar spring days in Niagara. At dawn, the sun had its job cut out with temps hovering around a cool 10 degrees and fog engulfing parts of Lake Ontario’s southern shoreline including the lanes of the QEW where many PCA UCR members were piloting 911s, Boxsters, Caymans and other fine Porsches on the way to the Niagara River Niagara-On-The-Lake Fun Run. 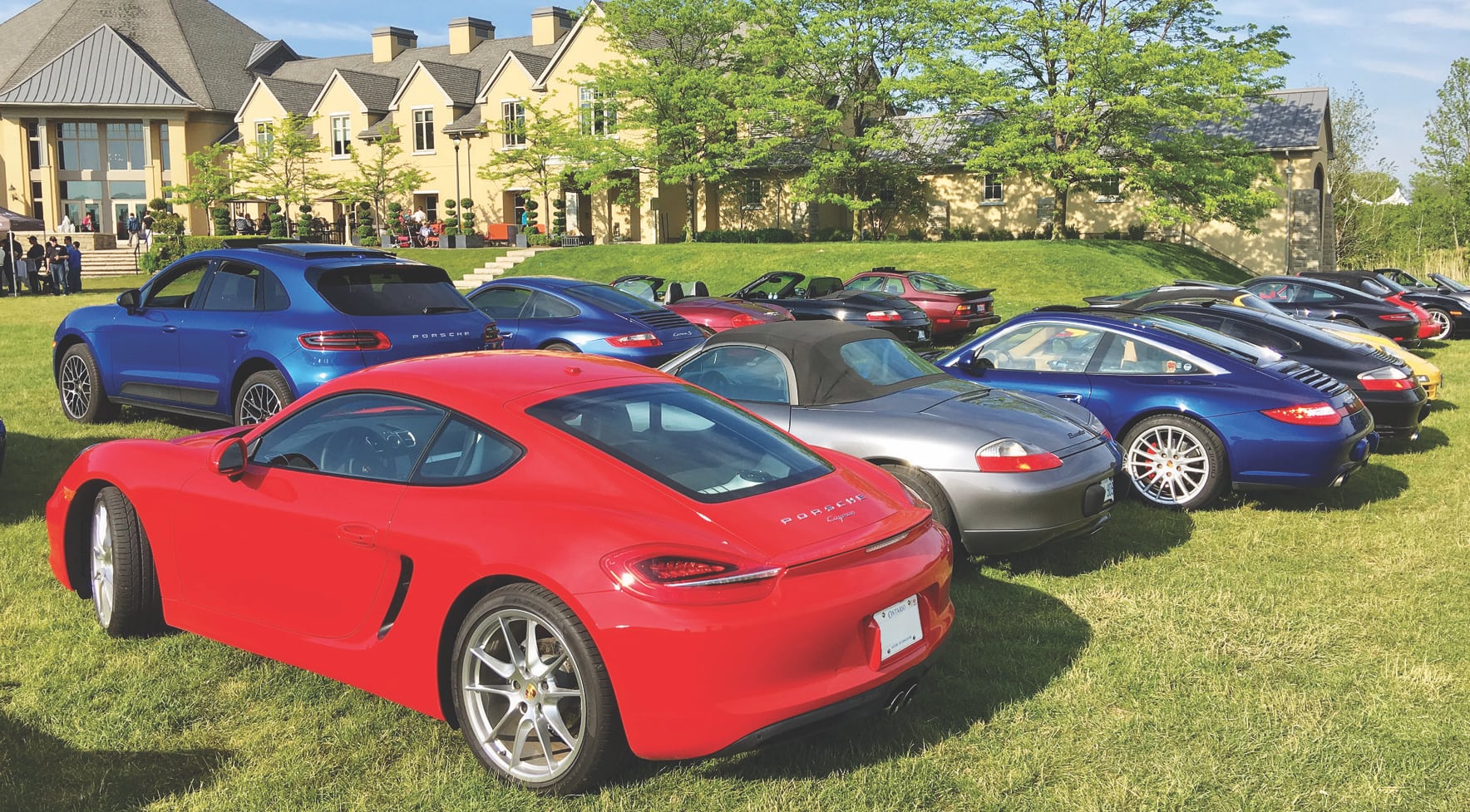 The sun was fired up and slowly burning through the cloud deck by the time these 30 Porsches and their 55 occupants assembled at 10:30 a.m. Several 911 cabs and Boxsters already had their roofs folded.

After some intros, hellos and hugs – and, of course, the requisite safety briefing and waiver signing – the Porsches hit the road. With some ups and downs and minor snakes, they travelled through the village of Jordan and the Ball’s Falls Conservation Area, before riding high atop the Niagara escarpment on Fly Road and then connecting to some more twisties. The rolling countryside was breathtaking.

The group paused for a buffet lunch at Henry of Pelham winery. The sun was blazing bright and rather intense by this point. Club members enjoyed spicy grilled cheese, wild rice salad, buttermilk fried chicken with peach hot sauce, shrimp and lobster rolls, and more.

More S-curves and gentle grades, what Porsches are built for, were on tap after lunch as the group headed towards Lake Erie, the start point of the curvy Niagara River Parkway. 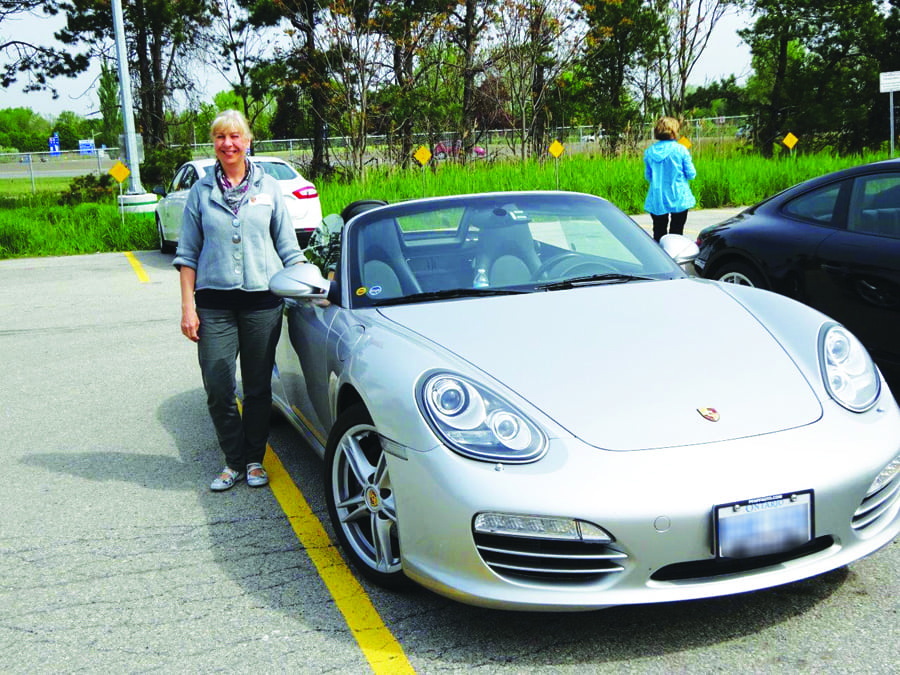 We passed by the mighty Niagara Falls, already bustling with tourists on this late spring day. All week, the forecast had threatened rain and thunderstorms but the sun was out and the clouds were not. Humidity was fuelling temps close to 30C, so nobody complained about the surprise refreshment break at Brock’s Monument in Queenston Heights, where none other than the organizer’s mom met the group with 60 bottles of cool water and Timbits—all of which was consumed quickly. Then it was off to finish the last few kilometres of the drive portion of the Fun Run.

The group and their chariots gathered in Niagara-On-The-Lake on the south lawn of Peller Estates winery for a mini car show and small tasting of three VQA wines. This included Peller’s sparkling rosé, a refreshing treat on a hot day, as well as icewine, which the Germans invented but the Canadians perfected. 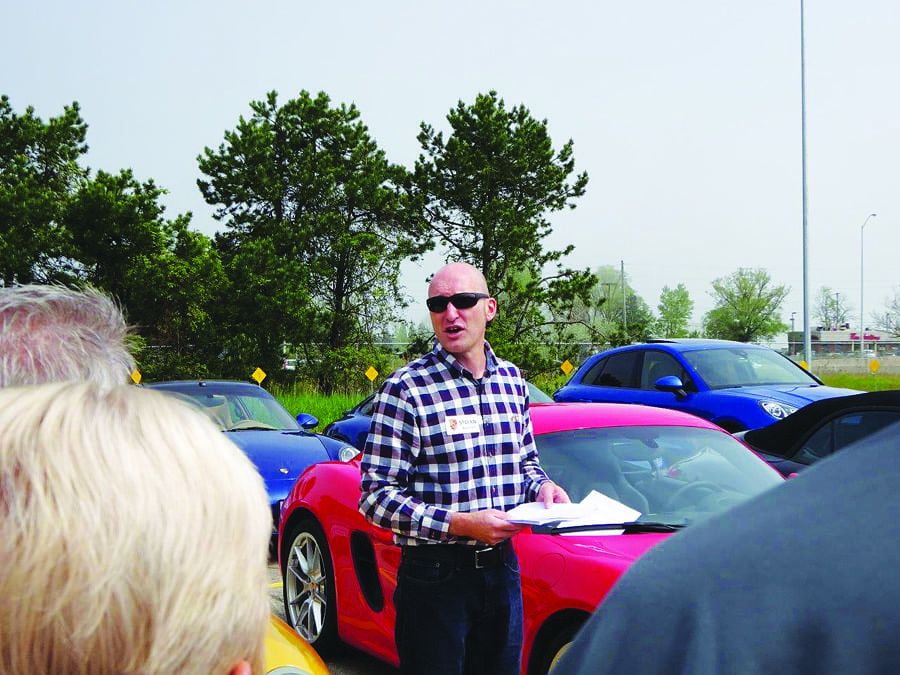 To top off a great day, a delicious dinner awaited at the fabulous Old Winery Restaurant: wood-fired-oven pizza slices for appetizers, salad or soup, a choice of house made gnocchi, prosciutto-wrapped chicken or pan-seared salmon, and all of that was followed by chocolate crème brûlée for dessert. We even had the lower parking lot reserved exclusively for our Porsches, overlooked by our private dining room. Perfect.

If this drive sounds like fun, then be sure to check out the The Great One Fun Run on Saturday, Aug. 5 which follows the same awesome route but culminates at the newly opened (just in April) Wayne Gretzky Estates Winery and Distillery at the entrance of Niagara-On-The-Lake for a private tour and private multicourse barrel cellar dinner. Be one of the first to visit Gretzky’s new Niagara home, which includes a half-size ice rink complete with mini Zamboni! The cost is $120 per person and includes the tour, the dinner, as well as all tax and even the 18-percent gratuity. A special parking lot is being reserved for our Porsches. This is the Saturday of the long weekend, so perhaps stay overnight in the area. The run starts at noon, the tour is at 5 p.m.and the dinner at 6 p.m. This Fun Run is already open for registration, so register early to avoid disappointment, we are accepting only 20 cars and as of press time already seven cars (with 14 people) have booked.