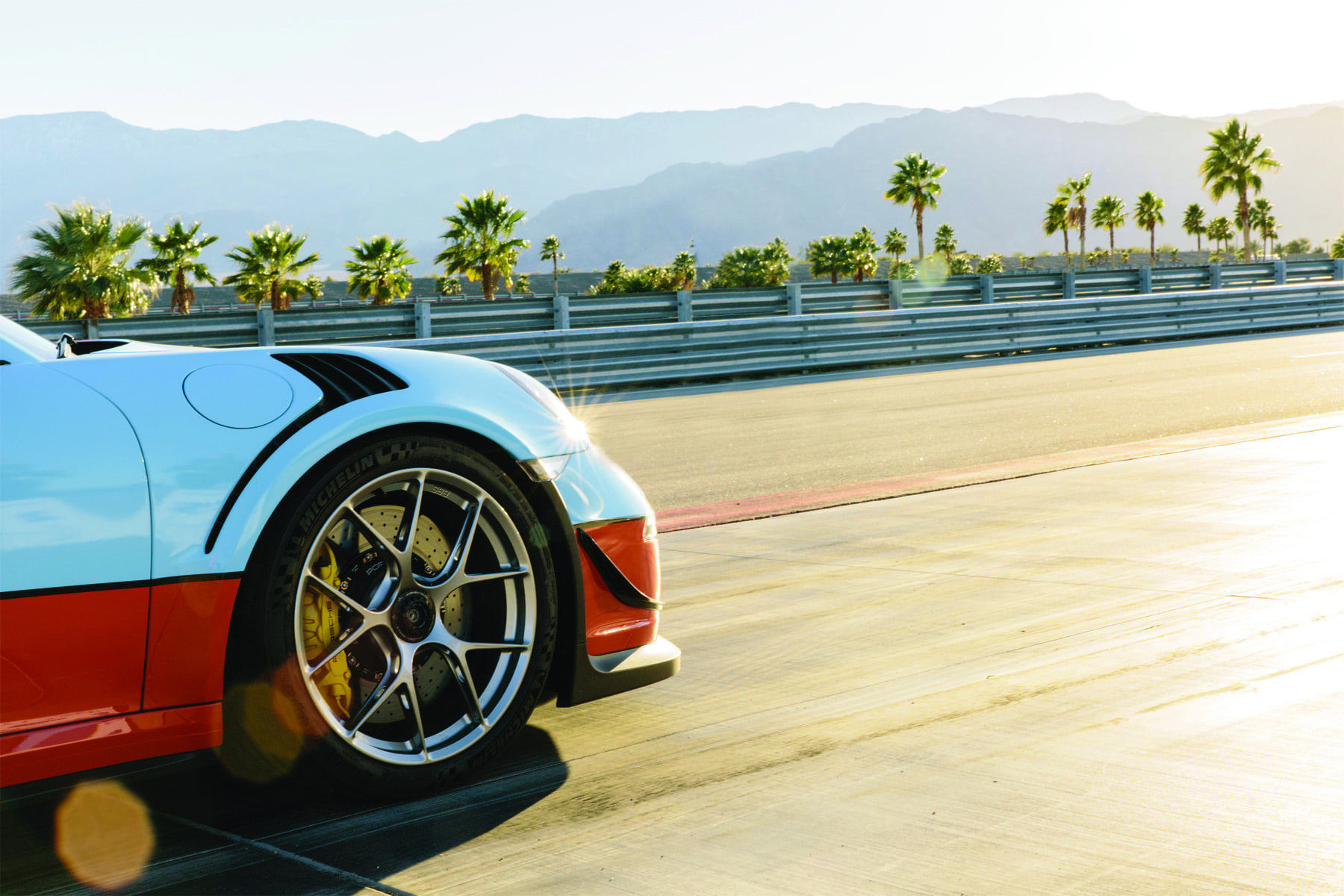 Porsche has innovated since 1949, producing the finest sports cars that become better with every new generation while maintaining links to their past. Michelin has been doing very similar improvements to the tires that go on our ever-improving Porsches with a history dating back to 1889 when the two Michelin brothers helped to repair a bicycle tire and then launched what has become one of, if not “the” world’s top tire company.

Pilot Sport 4S is Michelin’s newest ultra-high performance street tire that offers super performance on the track. Released for sale in Canada and USA on March 1st, bearing a (Y) speed rating (300+ km/h), PS4S comes with a 50,000-Kilometre Limited Warranty. The product line initially includes 36 sizes, in widths ranging from 225mm to 345mm, aspect ratios from 30 to 45, and rim diameters from 18 to 20 inches. Starting retail price is $300.00 Canadian via Porsche dealers and Michelin tire retailers.

What’s amazing about this new tire is that it is a street tire that outperforms to such an extent that it is a superb track tire for IDS and beginner levels of DE without having to invest in an extra set of track tires and rims. PS4S is possibly your best investment if you plan to join the UCR track team starting April 29th at the first IDS for 2017 and DE events thereafter. 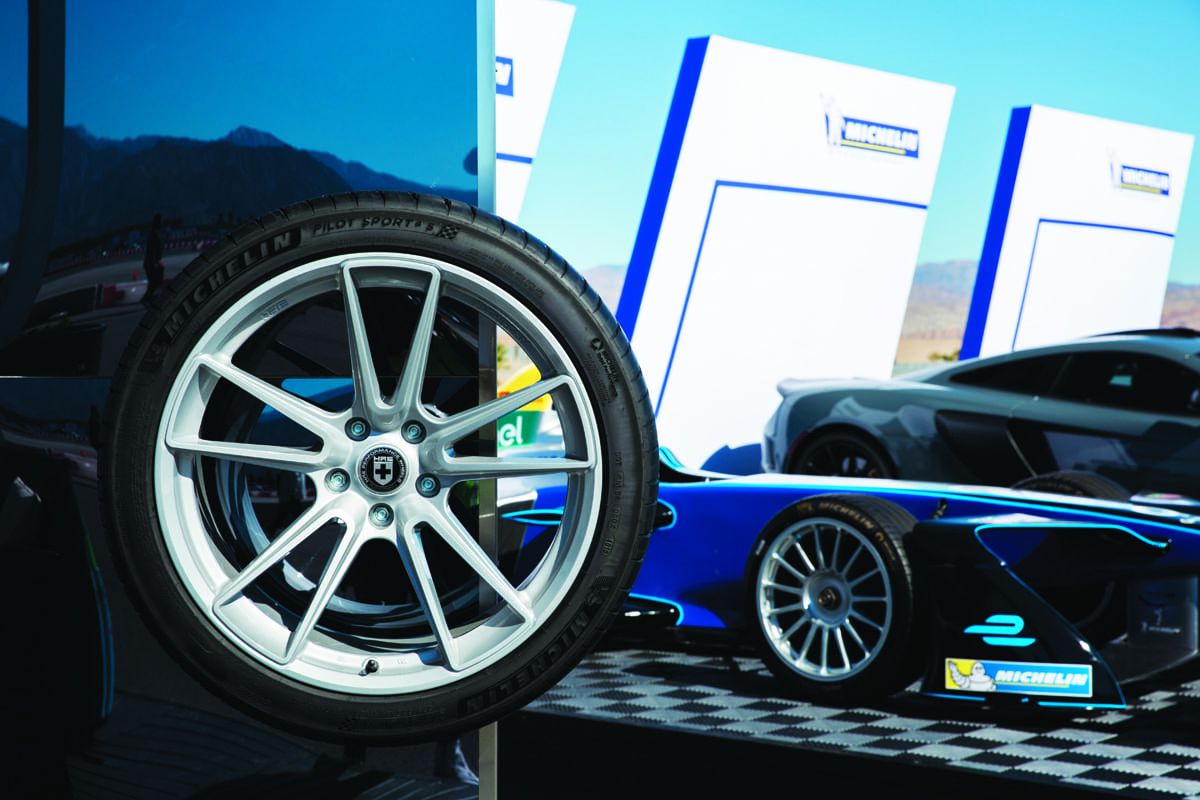 Michelin took the bold step of comparing this new Pilot Sport 4S in real life situations on the track and in everyday driving to boldly publish the results with Pilot Sport 4S topping every category!

Let’s take a step back. Remember, Michelin Pilot Super Sport? The tire we all know so well? Among others, Car & Driver said “the PSS has the best balance of wet and dry performance we’ve ever experienced in testing”; Road & Track said “The Super Sport’s increased dry handling and stability under braking is appreciable. Even in the wet, PSS seems to grip the asphalt with more confidence”; and Motor Trend said: “Michelin set out to make a better tire and from what we’ve seen, has succeeded. The new Pilot Super Sport will once again put Michelin atop the UHP (Ultra High Performance) tire segment”. Accolades such as these from independent and critical enterprises that thrive on their reputation of accurate assessments to make a living, are nearly impossible to come by, but to exceed the performance of the older, fairly recently introduced Pilot Super Sport with a better performing tire is simply a feat of imagination realized by keeping to the original company advertising slogan of “Nunc est bibendum” from an original poster of the Michelin mascot, that holds so true to this new Pilot Super 4S as it just devours the road unlike any other.

How do I say that with such confidence? Winning the Porscheplatz lucky ticket draw at CTMP in 2016 gave me the opportunity to recently test this tire first hand in a controlled and safe test track. I achieved a 113 ft. straight line stopping distance from 100 km/h, braking to a dead stop in a family sedan and am convinced of the ability for this tire to stop at the published figure of 110.43 ft. by Michelin, at the hands of a professional test driver! And, that’s 3.54 ft. sooner than Michelin’s well-known winner, the PSS!

Let’s look at all the numbers Michelin announced for PS4S (These charts compare the competition!): 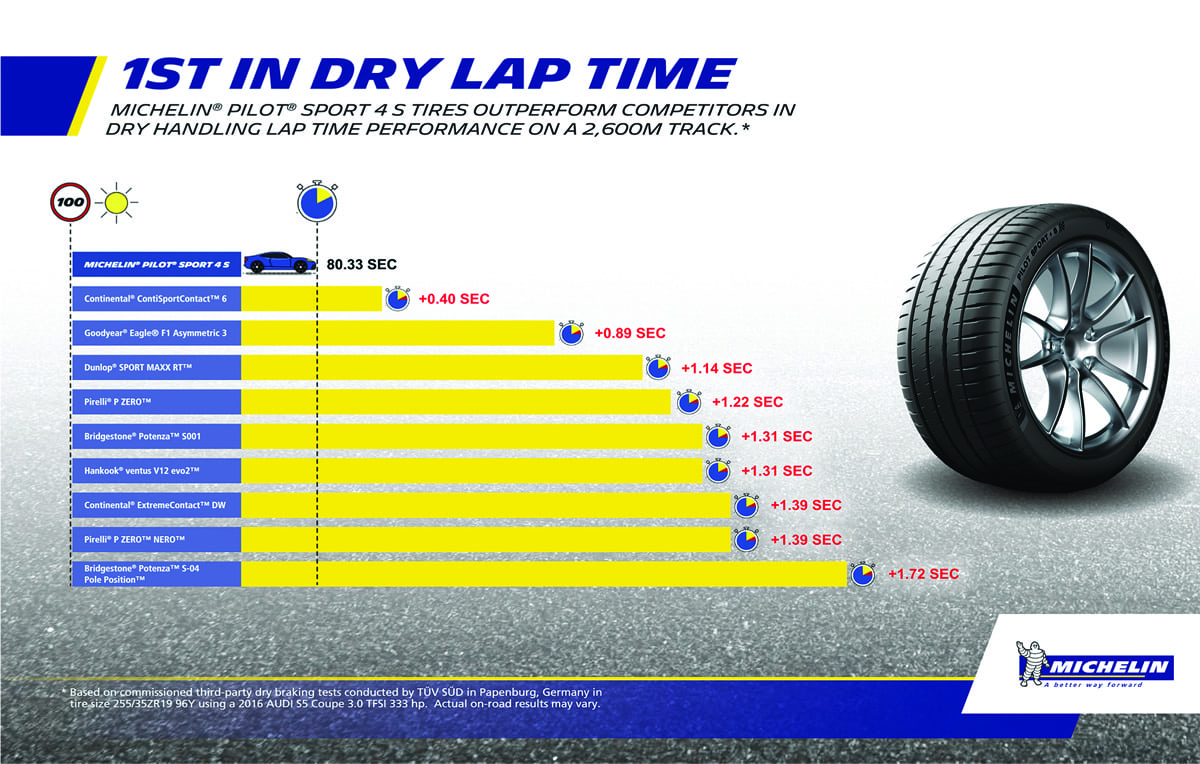 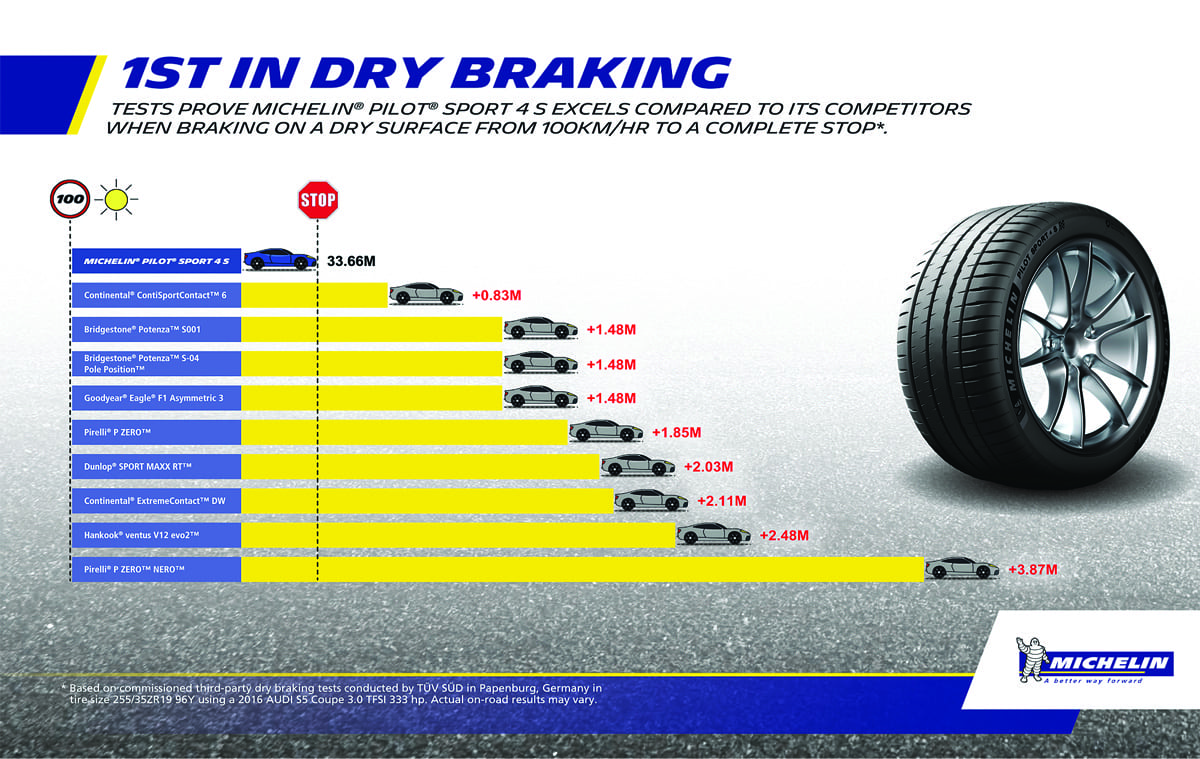 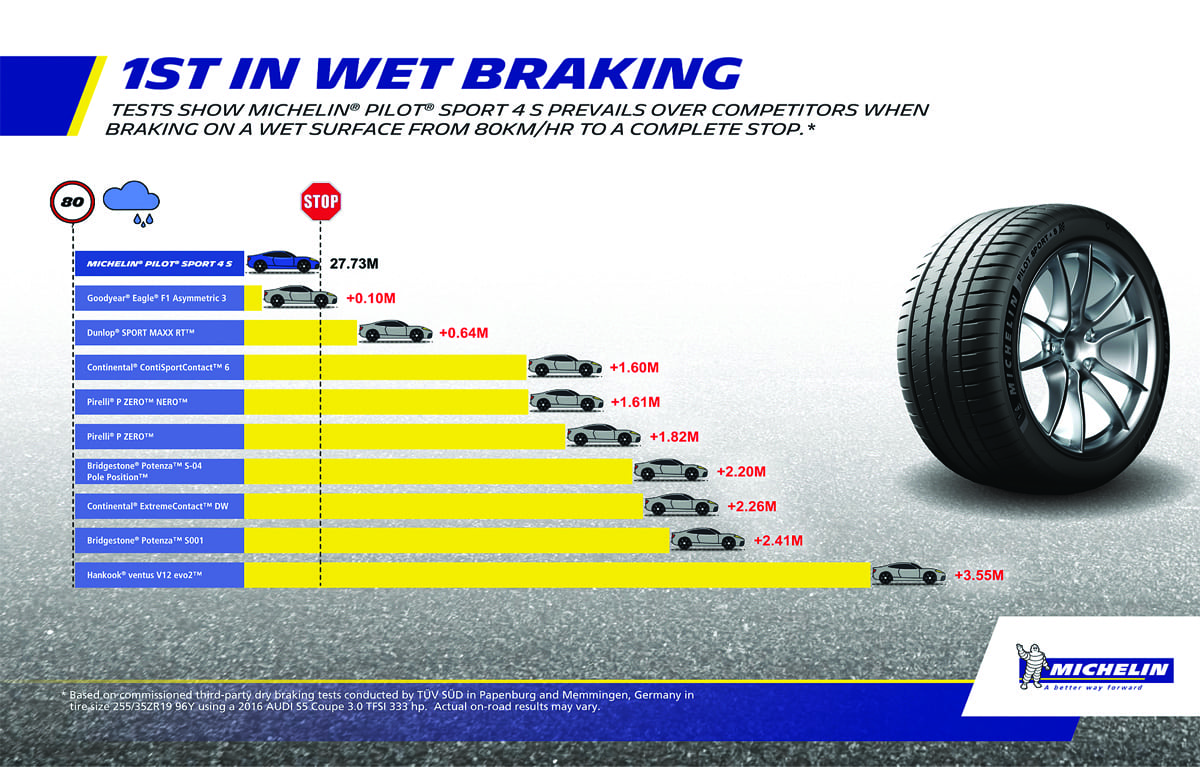 How does Michelin achieve these outstanding performance numbers? Dynamic response technology built into the PS4S utilizes a hybrid belt and the resulting variable contact patch ensures optimum response around corners and superior traction down the straights. Though previously unimaginable, the superior compounding of the Michelin wet tires unleashed the GT cars to outpace the far more powerful Prototypes for the overall win at the rain soaked 2015 Petit Le Mans. By using a multi-tread compound construction of the proven wet and dry chemistry, PS4S utilizes two different elastomers in the tread to offer exceptional dry grip and improved wet braking in one tire for the first time! The “lightning flash” mold profile sets PS4S apart from all other tires and enables precise control of the shape of the contact patch.

Such superior performance helps Porsche and other leading sports car manufacturers who want to deliver the exceptional, choose PS4S for their most demanding, most powerful cars, because after all, notwithstanding all of the electronics in stability controls and precise geometric performance of suspensions, it is those four contact patches that matter the most for the safe enjoyment of our hobby.

Michelin Pilot Sport 4S is the tire that has impressed me the most, first hand! But who am I, so go try them for yourself when the next opportunity presents to change tires on your P-car and write back describing your own experience.