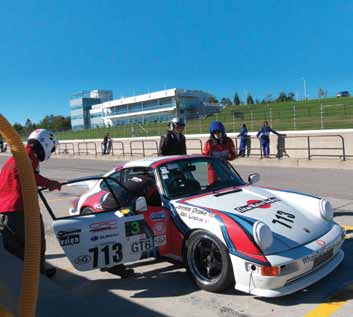 Does wishing make it true? In my case, putting the idea out there seemed to make it happen.

Little did I know as I was writing my column last month that my search for the 911 lion would end the way it has. I imagined months of searching, looking at cars and very possibly winding up by converting the 944T to a race car, against everyone’s best advice.

But in truth, it was the very day the February issue of Provinz went to the printer, with my article about waiting for the lion, that the roaring beast rolled into my life. Before the ink was even dry on the page, it skidded to a stop right in front of me, brakes glowing, tires smoking hot. Before I knew what had happened, I was making arrangements to take delivery.

And I was completely right. My lion had been lurking right around the corner; in fact it’s one I already have a relationship with. We had a brief flirtation last September when I raced it in the Indian Summer Enduro (Living the dream, Provinz, October 2013).

Ian Crerar, the car’s owner, had bought another race car, leading me to casually ask about the pending fate of the white 911.

I was not prepared for the answer, “Why don’t you buy it?” 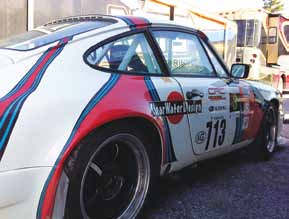 I swooned: I was already in love. A fully prepped race car! Still mysterious, but I know some of its capabilities and its foibles. And achingly beautiful. From the moment I first laid eyes on the car, back in May 2013 at Shannonville (see inset picture, taken that cupid’s-arrow day), I was in awe, or maybe it was lust. But it never occurred to me I would drive it, let alone race it, or amazingly, be able to say it is mine.

And now it is! I’m the very proud and extremely excited owner of a 1982 911SC, RS replica, white and currently sporting modified Martini livery.

The lion will be ready to go in time for the first test day of the racing season, in April. I’ll be campaigning it on the G70+ grid with the Vintage Automobile Racing Association of Canada (VARAC) this summer, with the first race in May at CTMP (Mosport).

There’s really not much to do to prepare—I think—but there always seem to be surprises with older cars. I will move the seat from my 944 into the 911, as the biggest issue I had at the race in September was poor ergonomics. With my racing seat in there, I hope to avoid perpetually smashing my left knee on the cage section that runs below the dash. Beyond that there will be a few details to work out like regulation tow hooks, technical inspection and the like.

This car is the real thing. It is the lion. It’s got the look, it’s got the purr and it’s got the 911 feistiness, just the way it should. I’m in love!