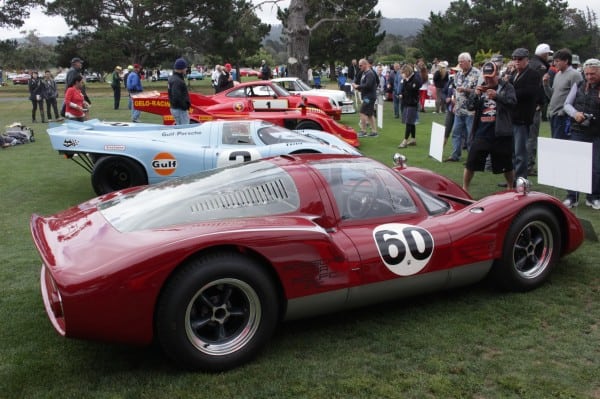 The Porsche Club of America cordially invites you to attend our 60th Annual Porsche Parade Celebration in French Lick Indiana from June 21-27, 2015. Our 60th Parade coincides with the Club’s 60th Anniversary Celebration, and we’re planning a series of special events at French Lick that will pay tribute to the cars and people who have made us the greatest single marque sports car club in the world. The 60th Parade will rightfully pay homage to the members and events of our past, but will also celebrate the Club’s newest enthusiasts who will shape our future.

Parade Registration will open to PCA members on Tuesday, March 17, 2015 at 12 Noon EDT. The best place to read about Parade activities is:   http://parade2015.pca.org .

For the first time in recent memory, we have not one, but TWO resort properties awaiting your visit, both listed in the National Register of Historic Places. The 3,000 acre compound also features three golf courses and a world class spa at each facility.

The French Lick Springs Hotel, established in 1832 and the larger of the two resorts, will be host to many of our familiar Parade activities. This city and the resort were named for an early French fur trading outpost and nearby salt lick. They recently completed a $600 million restoration, bringing many comfortable present day amenities to surroundings that are authentic to the mid-19th century when the current facility was built. It is perhaps most known for their medicinal springs— Pluto Mineral Water. The actual spring is still part of their landscape, and the Gardens nearby will host our Welcome Party as well as various activities throughout the week.

Known as the 8th wonder of the world, and just down the street, you’ll find the West Baden Springs Hotel. This resort is home to the most breathtaking feature of our combined facilities this year; a free-span dome, the largest in the world until the Houston Astrodome was built in the 1960’s. An architectural marvel, this breathtaking Atrium will host our Concours and Victory banquets.

Our Concours will be held a few steps through the covered bridge from the north end of the French Lick property. Rallies will depart from the grounds of the West Baden, and banquets will be held on both properties. The Parade 60th year museum, Hospitality, Goodie Store, seminars and many meetings will be at French Lick. Both resorts have lots of parking and car wash stations.

For those of you who are new to Parade, you need to register for Parade on the PCA or Parade website before getting access to the codes necessary to hold your room. Therefore, we recommend browsing all necessary information prior to opening day so you’re ready to go. You’ll need to know what events you want to enter, as well as which hotel is your preference. The registration guide will be on the Parade website by March 1.

We will have our full complement of competitive events: Concours, TSD Rally, Autocross (at the nearby French Lick airport), and Tech Quiz. Add to that the Tours, Gimmick Rally, Golf Tournament, Art Show, Michelin Drive and Compare, Kids’ events, Tech Academy, cooking school, 5K run/walk, Parade of Porsches and more—you’ll be kept busy!