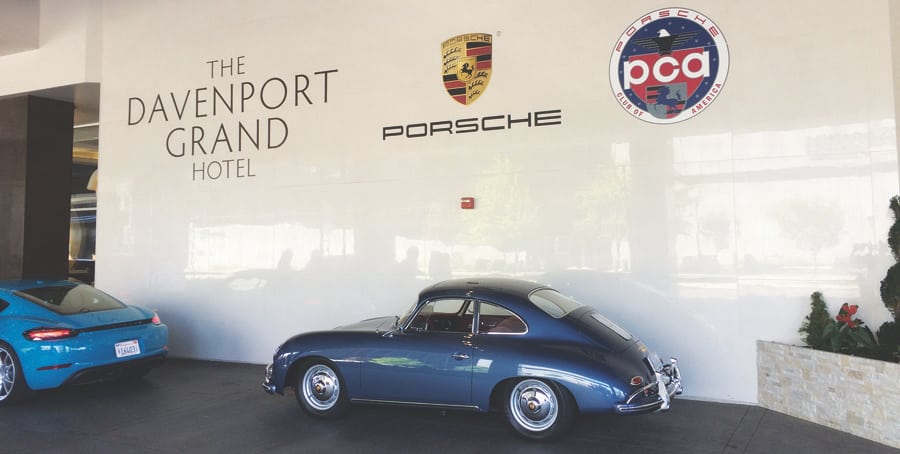 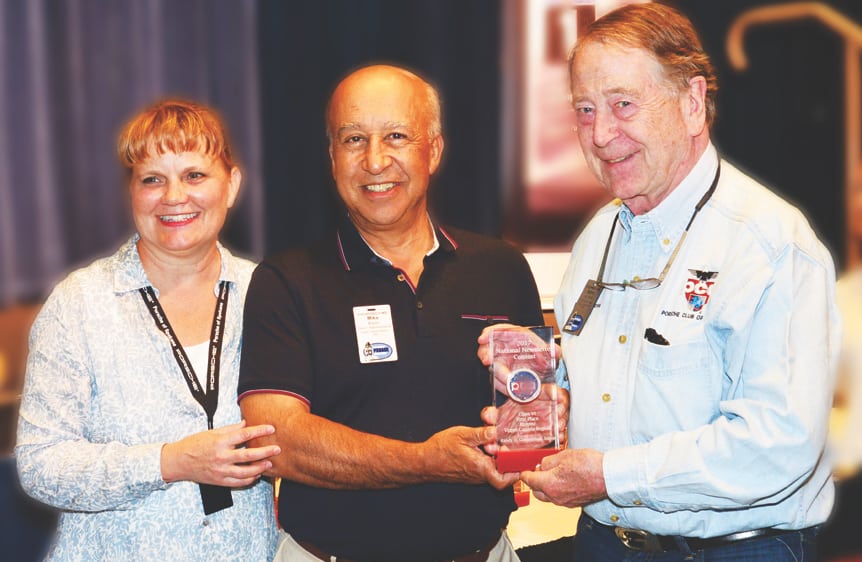 The 62nd Porsche Parade organized by PCA attracted 2,600 members and nearly 900 Porsches out west to the mining town of Spokane, set among the golden fields and soft green mountains of eastern Washington State.

Sure, it was a long way to go from Ontario for a Porsche Club event. Most of the 40 participants from Zone 1 flew, but Botho von Bose drove the 3,700kms in four days, and others drove even further from New York and New Jersey. Was it worth the journey? Absolutely. The atmosphere, the cars…everywhere… so many great people and lots to do. At the Welcome Party, with about 2000 of us seated outdoors by the river on a balmy evening, we enjoyed dinner, door prizes and an interesting talk by Klaus Zellmer, President & CEO of Porsche Cars North America. It was clear that he and his company “get it” and recognize PCA as the biggest and best ambassador of the Porsche brand. He also shared a glimpse of Porsche AG’s future strategy and how it will compete in the rapidly changing automotive world.

The next day we volunteered at the Concours d’Elegance, where it was our task and pleasure to place rosettes on the winning cars in each class. What a feast for the eyes it was, with everything from the earliest 356s to the latest GT3RSs.

The rest of our week was spent touring the beautiful rolling pastures, mountains and lakes on the wonderfully twisty, smooth roads of Washington and Idaho. We had fun on the “Doozy of a Floozy” Gimmick Rally, ending up outside a former bordello in the old Idaho silver mining town of Wallace. We had encountered several of the “floozies” in full costume at our checkpoints along the way. Full marks to those volunteers who played their roles so well.

At Tuesday’s Concours Banquet a number of awards were announced and presented. I was delighted to hear UCR’s name announced as the winner of the Newsletter Contest Class VI (Regions with more than 1650 members). Botho von Bose and I collected the award on behalf of Provinz Editor, Randy Gananathan. Congratulations to Randy and the whole Provinz team on this well-deserved achievement.

It was hot, dry and sunny every day at Parade, a welcome difference from our Ontario summer. The scenery, the cars and the new friends from all across the continent made this a memorable event. We can’t wait till next year’s Porsche Parade at Lake of the Ozarks in Missouri.