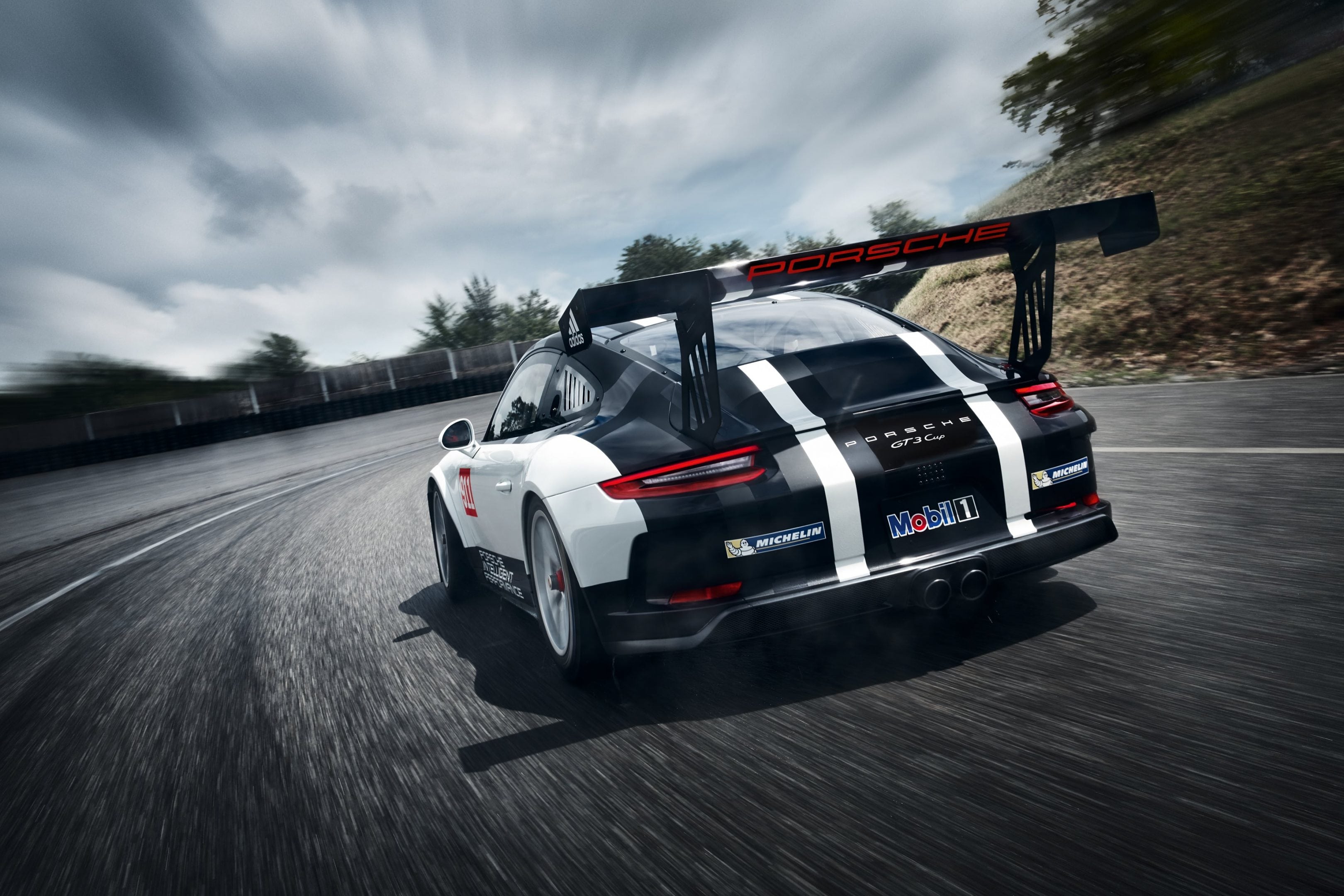 The Porsche one-make race series have once again lived up to their reputation as a talent hotbed for international GT motorsport. All four drivers who campaigned under the Porsche Junior banner will climb the career ladder in 2017. Germany’s Sven Müller (age 24) has been announced as a full Porsche works driver. Further, Porsche will support the Italian Matteo Cairoli (20) and Mathieu Jaminet (22) from France as “Young Professionals” in the continuation of their training towards become professionals in endurance racing. Norway’s Dennis Olsen (20) now advances from the Porsche Carrera Cup Deutschland up to the next level of the Porsche motorsport pyramid to contest the Porsche Mobil 1 Supercup. All campaigned Porsche 911 GT3 Cup cars in 2016 as “juniors”.

Müller began his motor racing career in karting. He spent four years racing single-seaters and was selected as a Porsche junior in the autumn of 2013. Over the following three years he tackled the Porsche Carrera Cup Deutschland and the Porsche Mobil 1 Supercup. In 2016, he secured the titles in both series as the best driver. He also helped Konrad Motorsport in the Carrera Cup and Lechner MSG Racing in the Supercup to claim the team championship titles. Moreover, Müller gave impressive performances at individual races in the VLN, the IMSA WeatherTech Sportscar Championship, and in the FIA World Endurance Championship (WEC). At his first WEC outing at Spa in 2015, he and Kevin Estre, Porsche works driver from France, scored an impressive third place. For the coming season he joins the circle of GT works drivers.

Cairoli and Jaminet continue their training at Porsche now as “Young Professionals”. Cairoli, who won the Porsche Carrera Cup Italia in 2014, competed in the Porsche Mobil 1 Supercup over the last two years and concluded his 2015 season as the best rookie and the 2016 season as runner-up in the championship. With four victories, he earned one more race win than Müller, but his retirement at the season finale at the Circuit of the Americas in Austin, Texas robbed him of his title chance. Jaminet contested his first season in the Porsche Mobil 1 Supercup, where he took home an early rookie championship title from Monza. In the overall classification, the Frenchman ranked third after ten races. Parallel to his Supercup commitment, he tackled the Porsche Carrera Cup France and set a new record with twelve pole positions and twelve victories from twelve races. Both pilots will continue to receive support as Young Professionals thanks to their talent and their successes outside the brand trophy series. The two will support customer teams in international GT racing on behalf of Porsche.

In the 2017 season, Dennis Olsen (Norway) will advance into the Porsche Mobil 1 Supercup for next season. Porsche provides Olsen with a funding package for his Supercup campaign and he will also benefit from the support of legendary Porsche racer and driver coach Sascha Maassen who will be at the racetracks each weekend. In addition, the Porsche juniors, who are joined for the 2017 season by the Australian Matt Campbell and Thomas Preining from Austria, will be trained in the areas of fitness, media and mental preparation.

“We are very happy with the way our Porsche juniors are developing. This is why we offer them every chance to gain a foothold in professional motor racing. It is obvious that the Porsche one make race series are the ideal launching platform for talented youngsters.”

Two world class drivers, who have tasted success at the very pinnacle of their sport, are about to drive forwards on a new road. Romain Dumas (France) and Marc Lieb (Germany) leave the Porsche 919 Hybrid LMP1-team and their seats in the over 900 hp Le Mans prototypes to begin new tasks at Porsche.

Both racers have long careers as works drivers. This year, their achievements were crowned by taking the overall win at the 24 Hours of Le Mans and by winning the drivers’ title in the FIA World Endurance Championship (WEC). In fact, each driver is a long-distance expert; Dumas (age 38) has a tally of eight overall victories in international 24-hour races with Porsche, Lieb (36) has six of such successes to his records. Both highly accomplished drivers, each who have had extensive and successful stints in North America, remain under contract at Porsche.

At the age of 20, Marc Lieb became a Porsche works driver. Yet despite the many international successes, the family man never relied solely on the sport. The father of two children from Ludwigsburg near Stuttgart enrolled at the Esslingen technical college and earned his degree as an automotive engineer.

Romain Dumas’ relationship with Porsche also extends beyond his work in the 919 Hybrid cockpit. A Porsche works driver since 2003, he also runs his own team entering – and winning with – Porsche cars in rallying and at the famous Pikes Peak International Hill Climb in Colorado. Dumas was born in Alès in Southern France and now lives in Arzier, Switzerland. 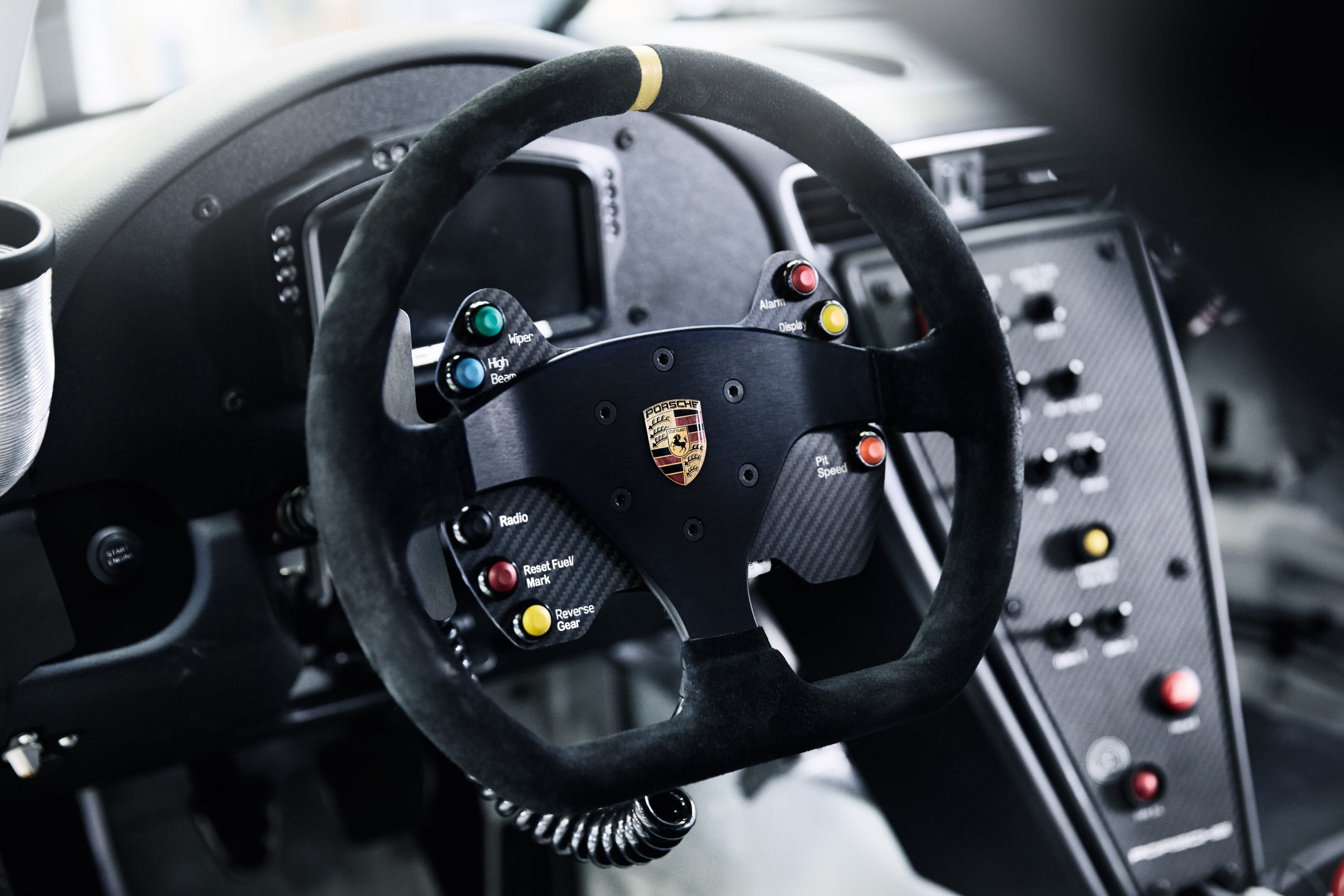 Michael Steiner, Porsche AG, Board Member for Research and Development:

“Marc and Romain have each made an awesome contribution to our company. This goes for their work behind the steering wheel as well as for their support at other international appearances. They clearly stand for sportsmanship and our brand’s values.”

The New LA Test track has a wide variety of configurations featuring some wonderful technical sections.

“The LMP1 program has benefitted immensely from Marc’s and Romain’s experience, especially during the team’s build-up phase and in Le Mans. Together we went through some highs and lows in recent years. I am very pleased that both true racers can conclude this part of their Porsche career as Le Mans winners and world champions. I thank Marc and Romain from the depth of my heart for their high performance driving, their strong commitment and their loyalty.”

“I always imagined that the LMP1 program would be my last seat as a works driver and I managed to set the course early for my future career outside the cockpit at Porsche. I’m thankful for all the chances and possibilities I got at Porsche for so many years. And I’m especially grateful to my family for supporting me over two decades in racing. This was tough at times and I want to pay back some of it now. To perform the move into international customer racing at Porsche as a Le Mans winner and a world champion, means an incredible amount to me.”

“For me, Porsche is like a family. I think of many great years with great racing cars. We made history quite a few times, in Spa and at the Nordschleife with the 911 GT3, and obviously in Sebring with the RS Spyder. The last three years with the new Porsche Team in the LMP1 category were at the highest professional level. It has been an incredibly competitive and very technically challenging era. Winning Le Mans 24 Hours with Porsche was a dream come true and I am proud of what we achieved all together since many years. I am a man of challenges and there will be a new one soon.”

Jensen built his strong championship margin by winning 12 of the 18 races this season. He swept the sprint races at four of the six events, and also won three of the six endurance races, with victories at NOLA Motorsports Park, VIRginia International Raceway and Road America.

Curt Swearingin, who represents the Tennessee PCA Region, rounded out the top three in the Championship class standings this season with 176 points. Swearingin earned his spot in the top three after a thrilling, season finale endurance race at Daytona when he passed Baum on the last lap of the 80-minute race to earn his first win of the season.

Halvorsen, representing the Connecticut Valley Region, had a great weekend at the 2016 season finale after winning his first Championship class title of the season and sweeping both sprints for the Masters class at Daytona.

John Frank, also representing the Connecticut Valley Region, rounded out the Masters class in third with 136 points. Frank swept both sprint races and the endurance race in June at VIRginia International Raceway.

The series traveled to six events in 2016 but will expand to eight events in 2017, including three new tracks for the Clubsport drivers. Prestigious tracks that will join the lineup next year include Canadian Tire Motorsport Park in Ontario, Barber Motorsports Park in Alabama and Monticello Raceway in New York. 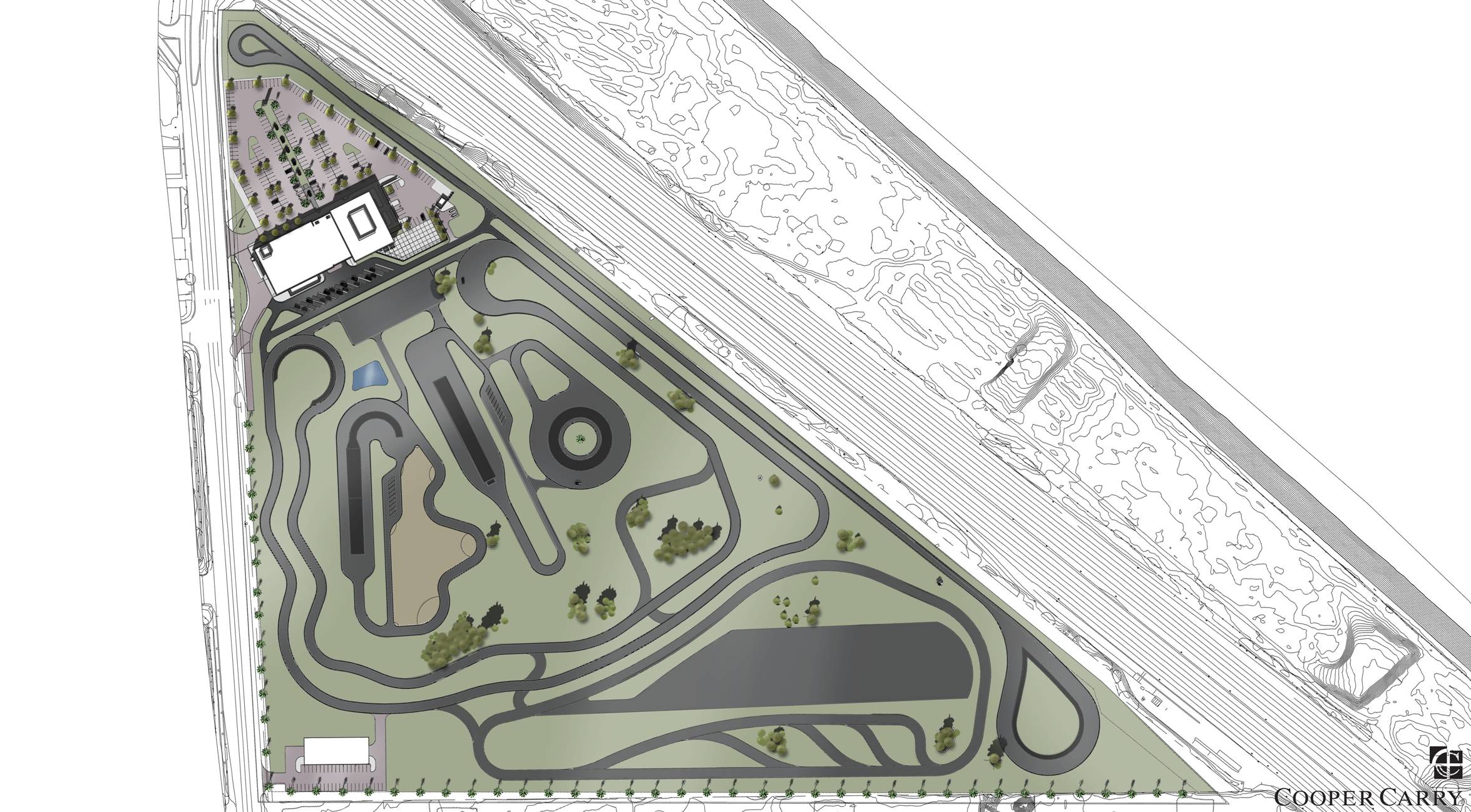 “An impressive first season of the PCA Club Racing Porsche Cayman GT4 Clubsport Trophy East Series is now behind us. Having the Porsche Club of America oversee the series has proven to be a great fit. With a more ambitious 2017 schedule and the updated Cayman GT4 Clubsport MR, the sophomore season promises even closer, more spirited competition.”

Practicing manoeuvers on the wet skidpad.

“What a fabulous end to an outstanding year. Shortly after I completed my first race in January 2015, I heard rumors of a dedicated Porsche-engineered Cayman racecar. I was excited by the prospect of what I hoped would be the most competitive racing PCA offered. With the PCA Club Racing Porsche Cayman GT4 Clubsport Trophy East series, I got all that I had hoped for and more. What an awesome bunch of racers – uber-competitive, fair, respectful and fun.

“I’m very thankful for being the Masters class champion this year. It’s been a heck of a ride. Racing is so much fun, but it has its moments of frustration. Thankfully, I managed to squeak it out and get enough points to win the Masters class.”